As Lord Snordwich’s heir, Roger Cecil receives quite a different education from that of the lowly kitchen boy. From Sir Thomas he learns to ride a horse; from the new music tutor Thorel, to sing and play the lute; from Postel, dancing; and from Wereables, the basics of grammar, theology, mathematics, and chess. But the young master is a poor student. Slow to learn and quick to anger, he greets every challenge with a tantrum. 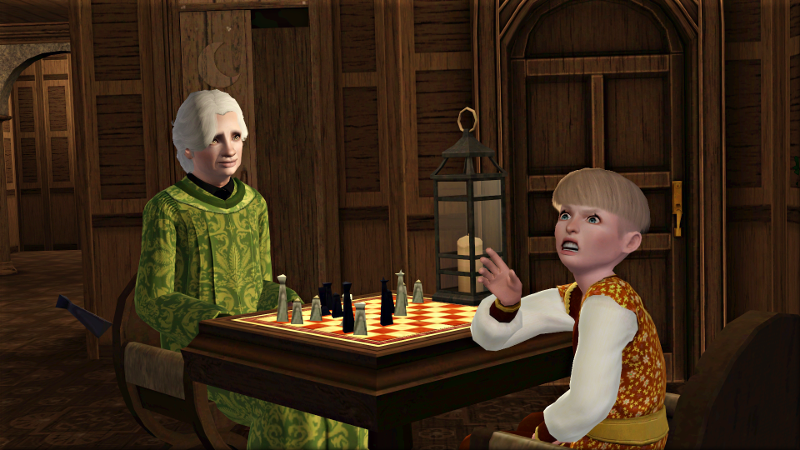 When he dances, he trips and stumbles. 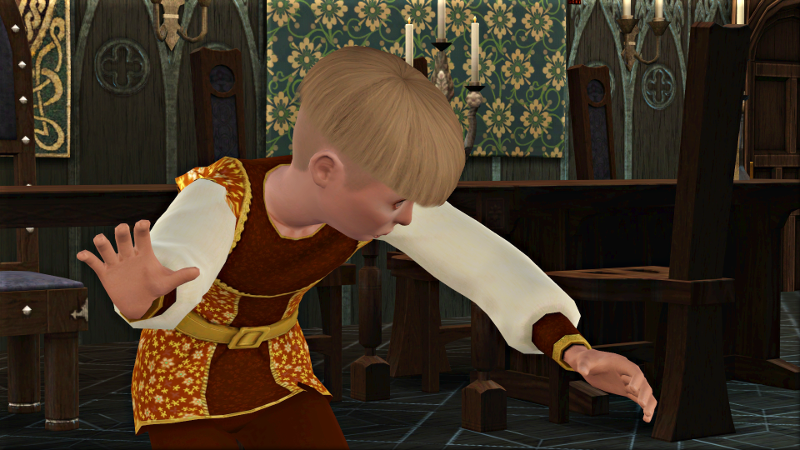 And he is afraid of all the horses. 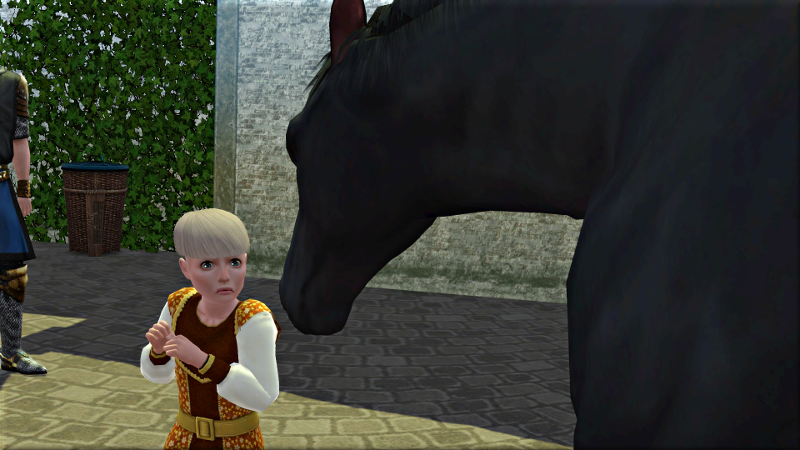 Whenever Roger feels embarrassed or frustrated, he shouts at his tutors. 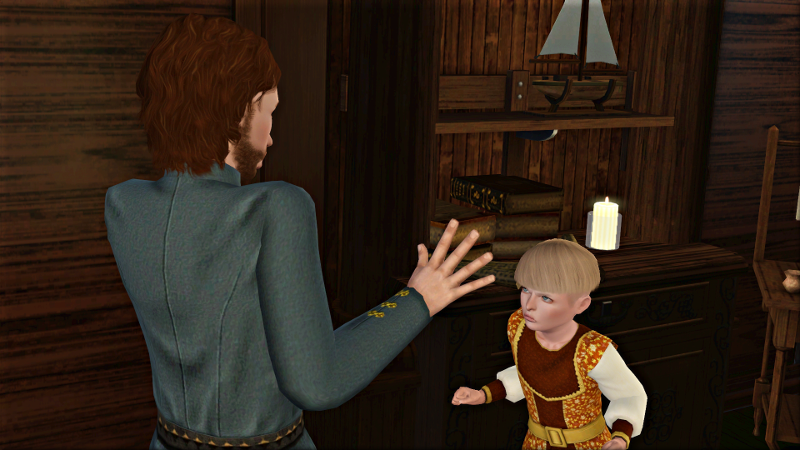 Marian Ros is almost as prone to anger, but knows better how to control her temper. She dances beautifully, speaks courteously, and always listens carefully to her masters’ instructions. 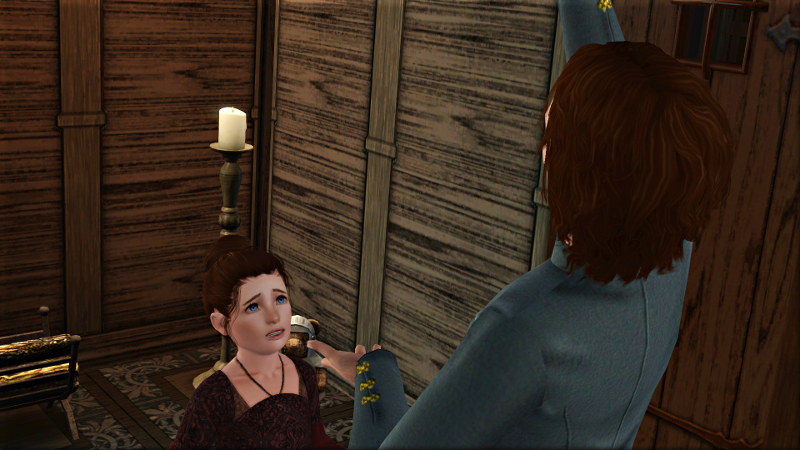 Most of all, Marian loves to read. The bulk of the household’s books, all handwritten and beautifully illuminated, are kept locked up with its other most valuable treasures, but once a day Dame Joan has the chaplain fetch one for her daughters. 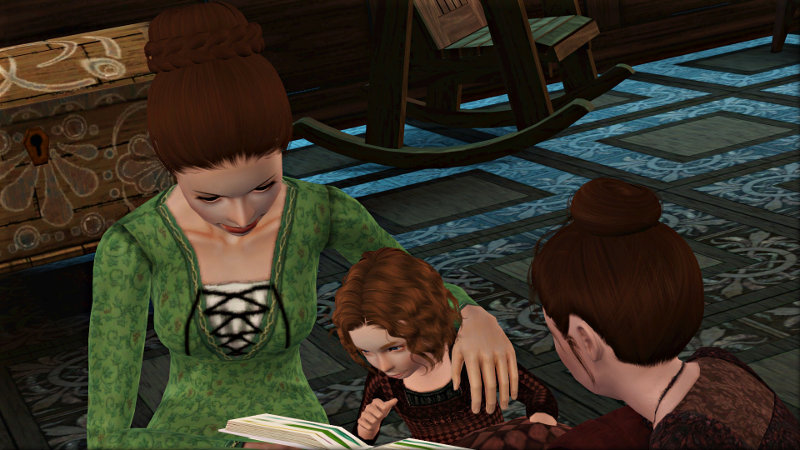 Over the past year, Marian’s parents have given her two sisters—Imenya and Avice—and her mother is already expecting one more. 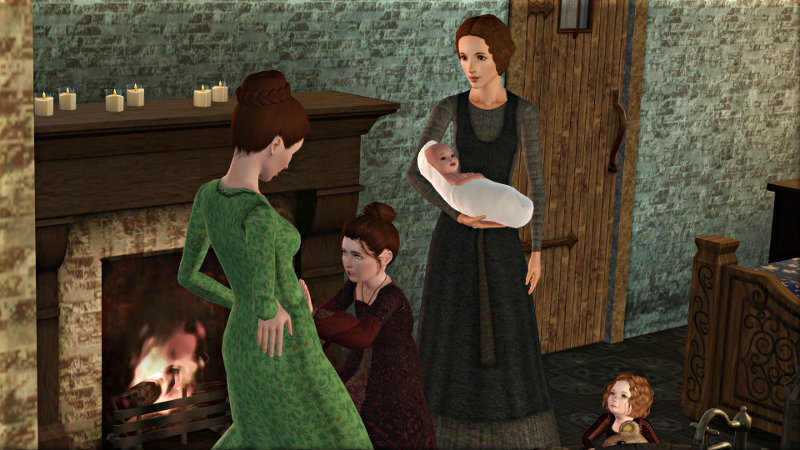 The girls’ nurse is Lunete, a woman from the next village. Marian likes her well enough and little Imenya adores her. 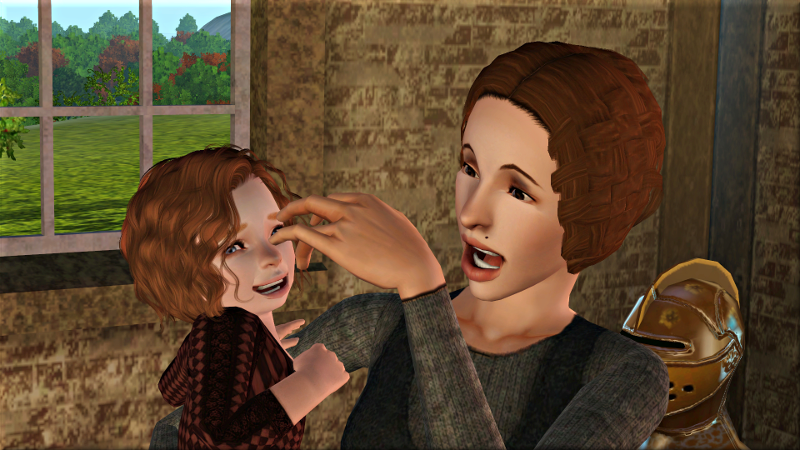 To his lordship’s delight, the baroness is also with child. 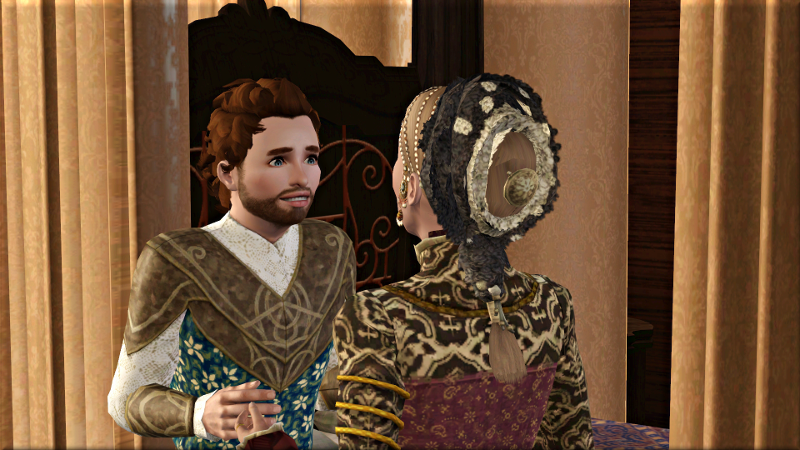 Lord Snorwich takes an active interest in both his sons. The tutors he has appointed have grown to dread his questions about Master Roger’s progress, which they must answer without either lying or giving offence. 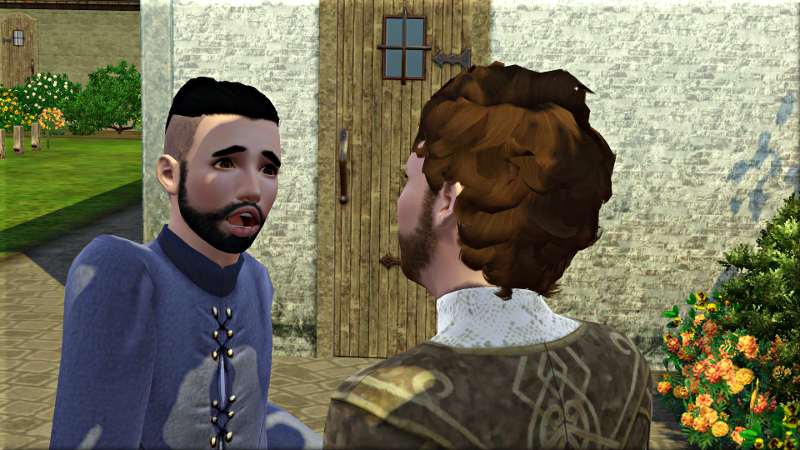 It is not long before the baron sees the lessons for himself. Roger feels frightened and ashamed to be humiliated in his father’s sight. 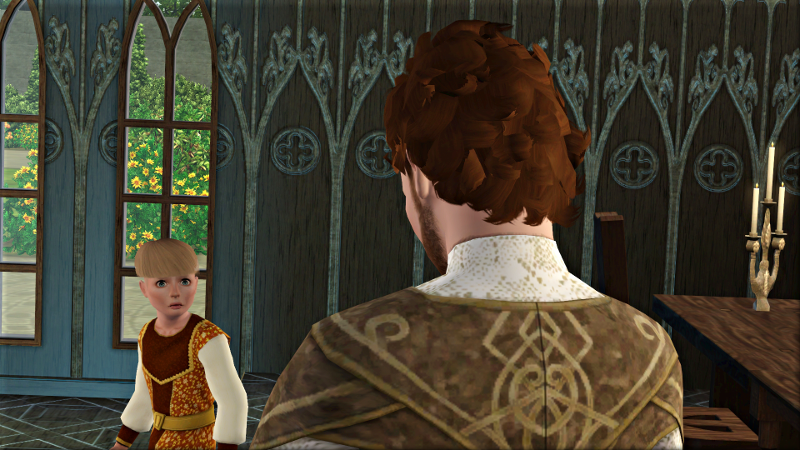 He lashes out in anger, breaking his little brother Fabyan’s favourite toy. At lunch that day he raises his voice to his mother in front of the whole household. 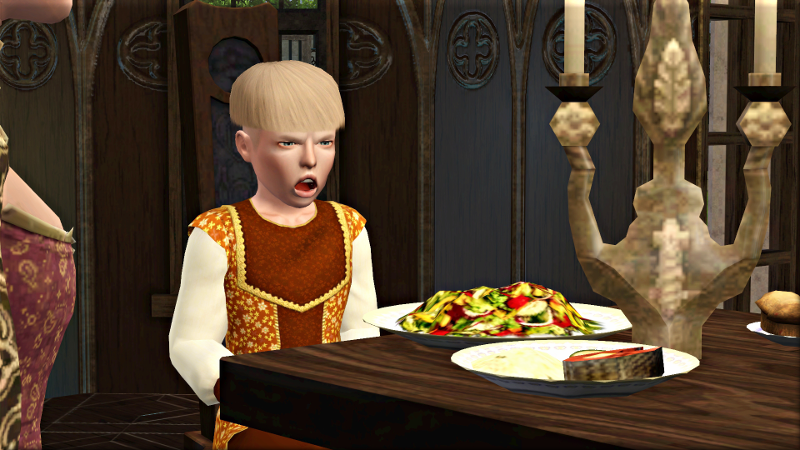 Chaplain Wereables is perplexed by his student’s behaviour. A choleric boy is ruled by an excess of hot, dry humours; in the phlegmatic, the cold, wet ones reign. The former is bold, ambitious, and irascible; the latter, patient, devoted, benevolent, passive, even cowardly. But rarely is one individual so defined by only the worst characteristics of these two opposing tempers.

Changes to diet can help promote a balanced mind and healthy body, but in Roger’s case Wereables does not know where to begin. He sits down at his desk to request the advice of a university friend of his, now Archdeacon of Effenmont and author of several medical treatises. 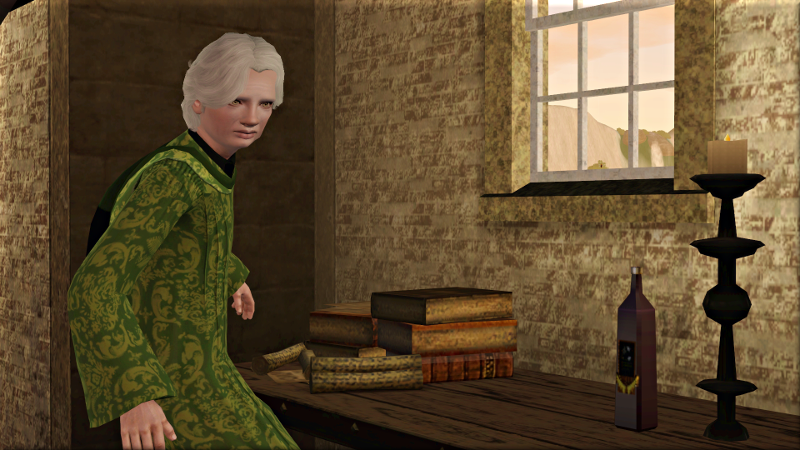 When Lord Snordwich sees that his younger son Fabyan is just a fussy as Roger was, he and Wereables are both quick to blame the boys’ nurse. 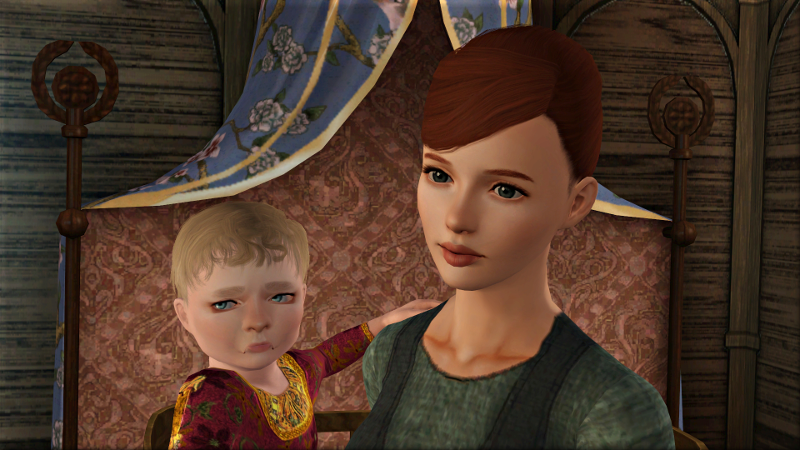 His lordship has Sir Thomas dismiss her. 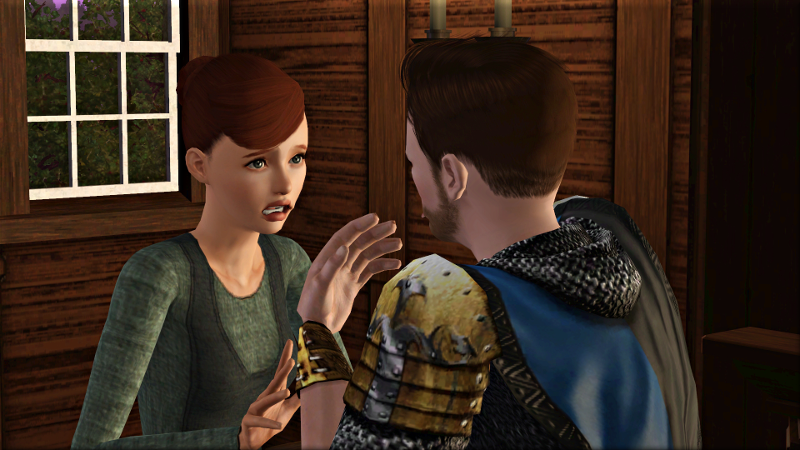 Before Lady Snordwich enters her confinement, her husband takes a moment to discuss Roger’s future with her. They had hoped to secure a position for the boy in the Earl of Effenmont’s household, but now both worry that he would only embarrass them, dropping the plates, and speaking out of turn. 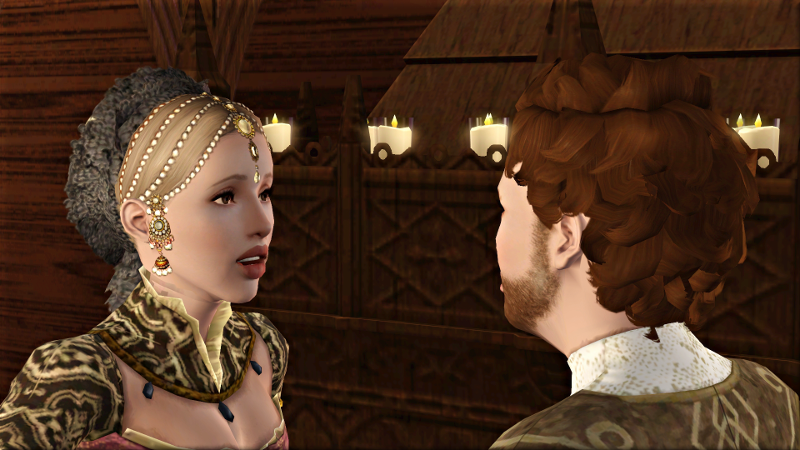 Together, they decide to return Sir Thomas to his family seat with Roger as his page. The boy will not make any powerful new allies hidden away in the quiet household of a Snordwich knight, but neither will he bring shame on his family.

To replace the loyal knight, Lord Snordwich must appoint a new marshal. Gilbert Grancourt is the obvious choice. The baron sends his man Perroy over to Havlock Hall to invite Grancourt to lunch the following day. 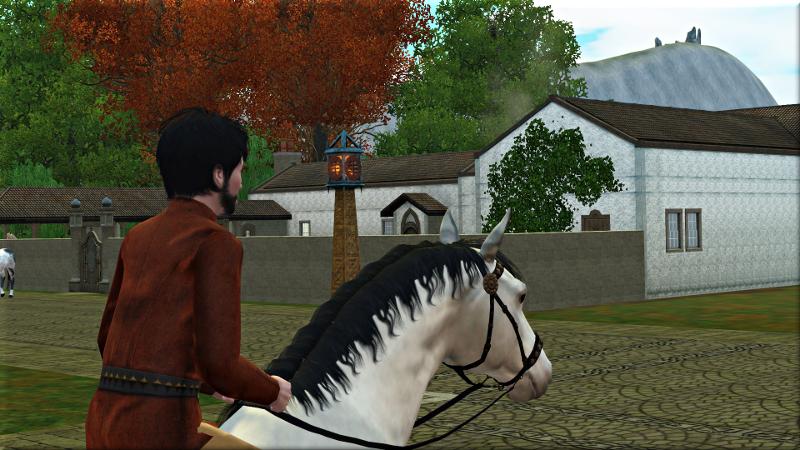 Next, Lord Snordwich’s thoughts turn to the education his son will receive in Sir Thomas’ household. His own chaplain is getting very old, so he writes to the masters of the university, asking them to send their most promising graduate to act as Roger’s tutor. Wereables himself he decides to retire, with a pension, a small tract of land, and a groom to help him tend it. After supper that night, his lordship summons Sir Thomas and Chaplain Wereables to his chamber to announce all this. 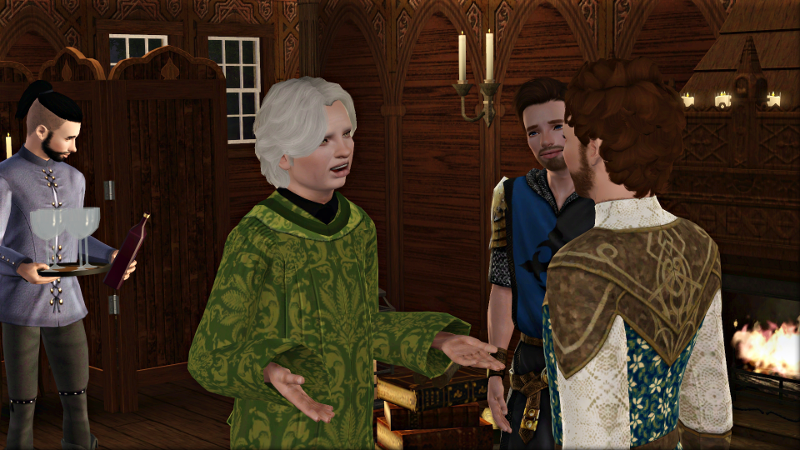 Sir Thomas looks forward to seeing his own manor again. Lord Snordwich tells him that, if he wishes, his eldest daughter may stay on at Plumbob Hall as her ladyship’s companion. 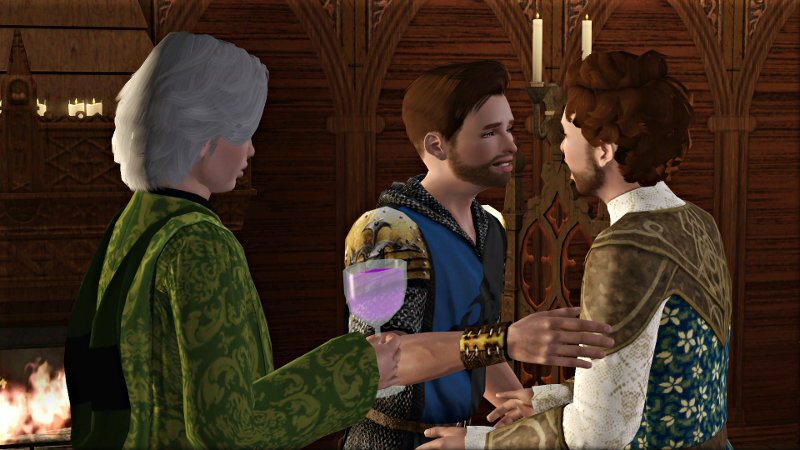 Wereables is satisfied too. He feels ready for his retirement; he thinks he will keep a herb garden and a small vineyard, perhaps even some bees. 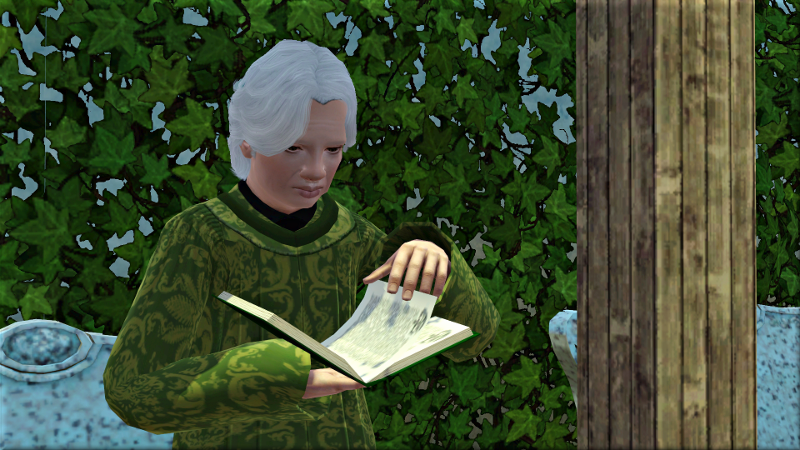 His departure will leave Plumbob Hall without a chaplain, but Lord Snordwich has thought of that too. He sits down to write another letter, this time to the Bishop of Gastrobury, whose nephew Segar Darcy he knows has just finished university. Snordwich admires the bright young man, and, if his uncle approves, will offer him the post. 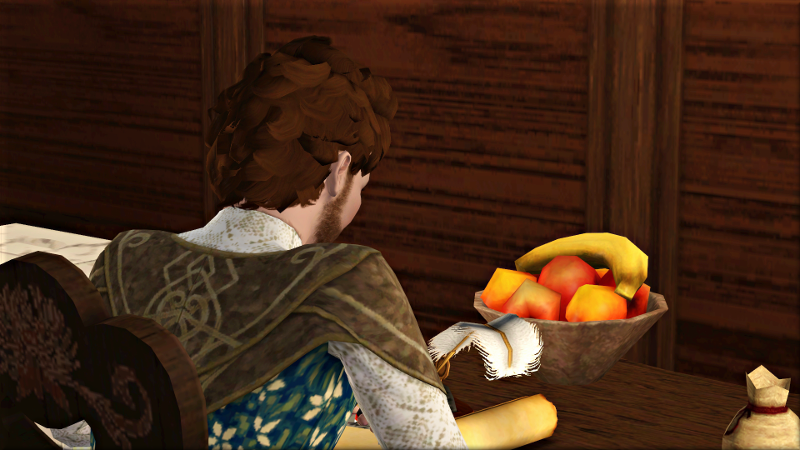 On Sunday, his lordship rides out early to go hunting with his train. When the sun is high in the sky, they return with their saddlebags full of prey. 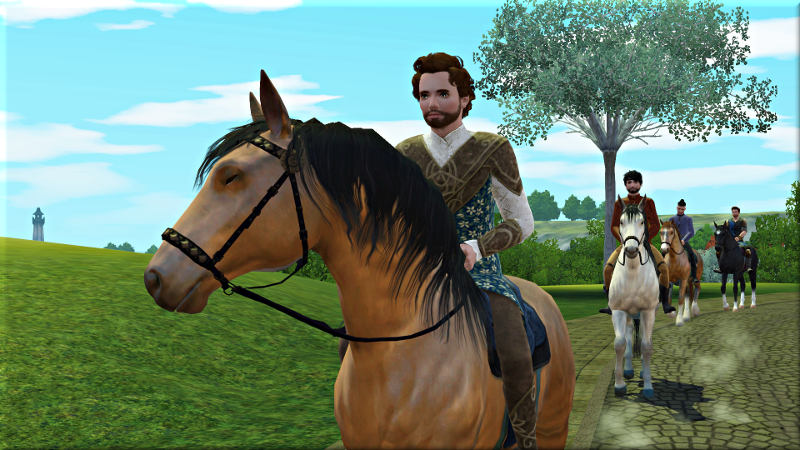 Gilbert Grancourt arrives shortly after them. While the hunting party washes off the morning’s dirt, he and Wereables play a game of chess. 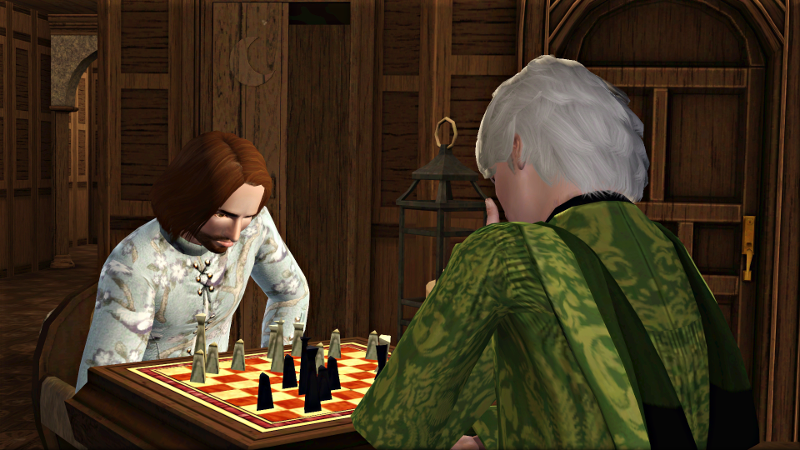 Lunch is carrot and onion soup, seared venison with blackberry sauce, a selection of aged cheeses from Gastrobury, and a full-bodied Yacothian red. While they eat, Lord Snordwich offers the position of marshal to his guest, who is honoured to accept it. 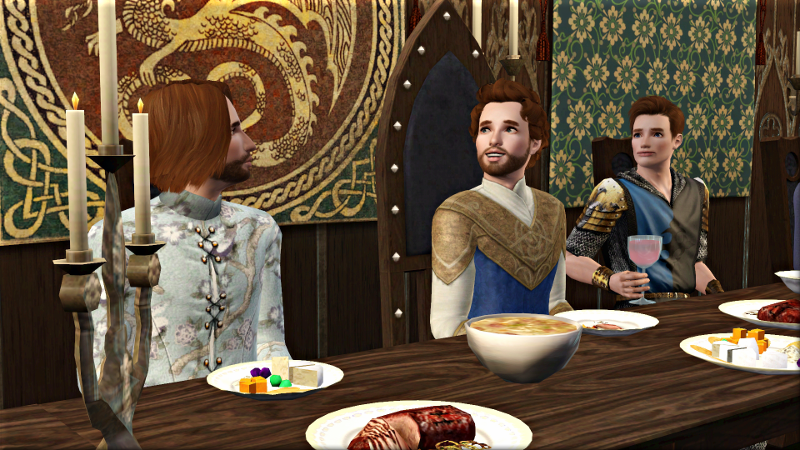 Perched at the end of the high table, Roger hears snatches of the conversation, but does not understand what it means. After Gilbert has left, his father calls him to his chamber to explain the arrangements in full. The boy’s pride is wounded, but he is secretly glad that he will not be sent far away to serve some great and terrible lord. 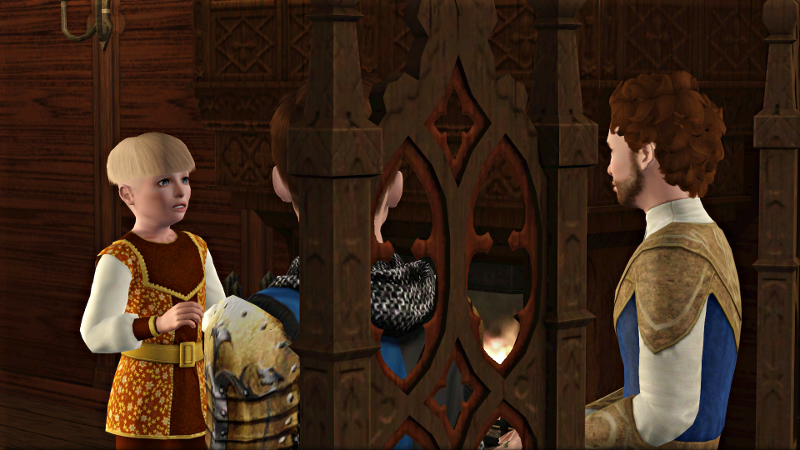 The household attends evensong in the village church, followed by supper with the parson in the great hall. Reviers is seated next to Wereables, who explains in fastidious detail his plans for his cottage garden.

After supper, Marian brings news from chamber where the ladies are lying in. Her mother has been safely delivered of a baby boy, she tells the men. Overjoyed, Sir Thomas asks permission to name his son John, after the baron himself. 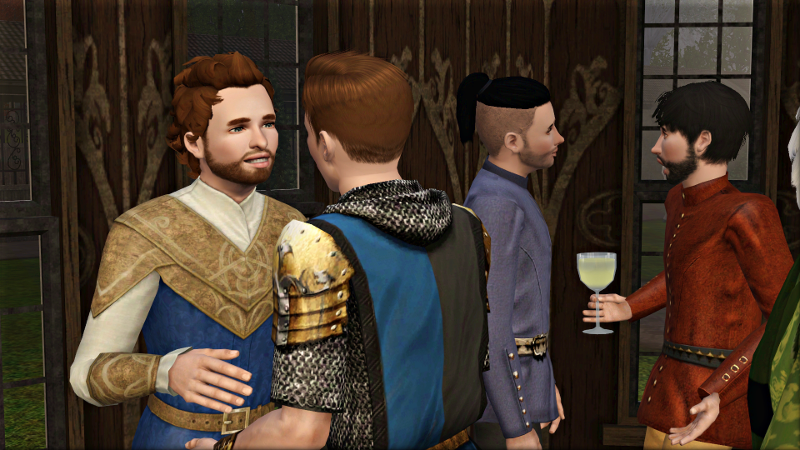 As the evening draws on, the party retires to his lordship’s antechamber, where they anxiously await news of Lord Snordwich’s own child. 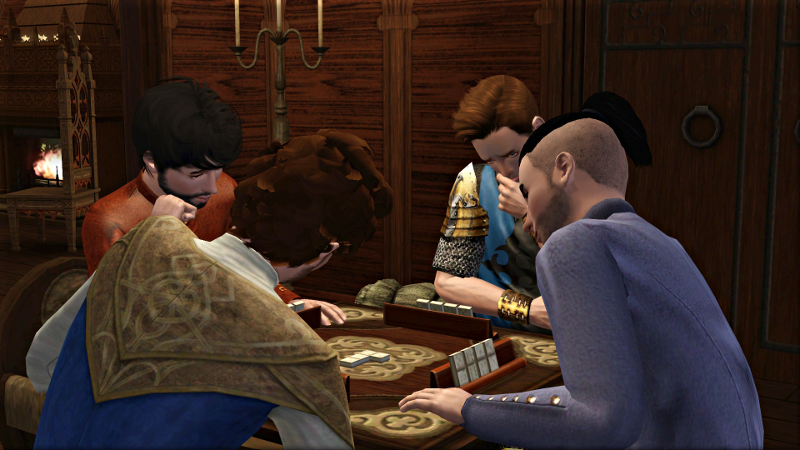