Richard longs to see Aelfgiva alone again. He has promised over and over to marry her, and thought he meant it every time. After he lay with her by the river, he told her he wanted to be with her always.

Each night at supper he intends to tell his parents, but something always distracts him. His brother and sister will have a game for them to play, or his mother will need his help with the house, or a pretty maid will walk in looking for her father, and drive out all thoughts of Aelfgiva. 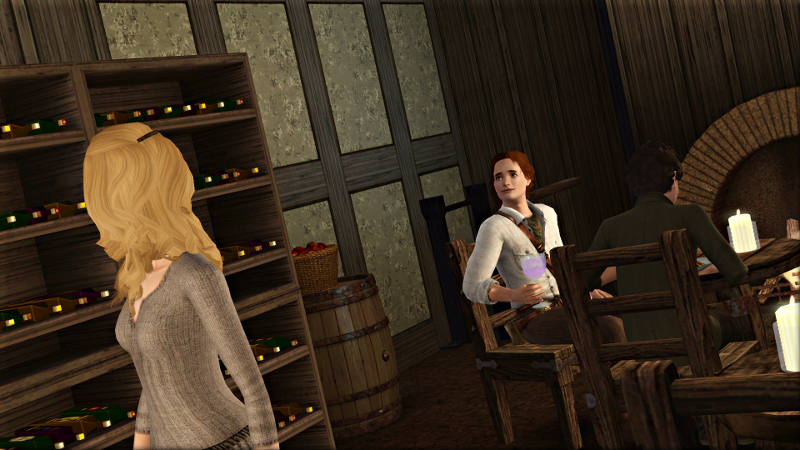 In the back of his mind, he also suspects that his family may not be too pleased to hear he has pledged himself to one of the poorest girls in the village.

On Monday morning, he finds Aelfgiva is not in their usual meeting place. He looks for her by the river too, but she is not there either.  He slips into the water instead; this may be his last chance to swim before the busy harvest and brewing seasons begin. 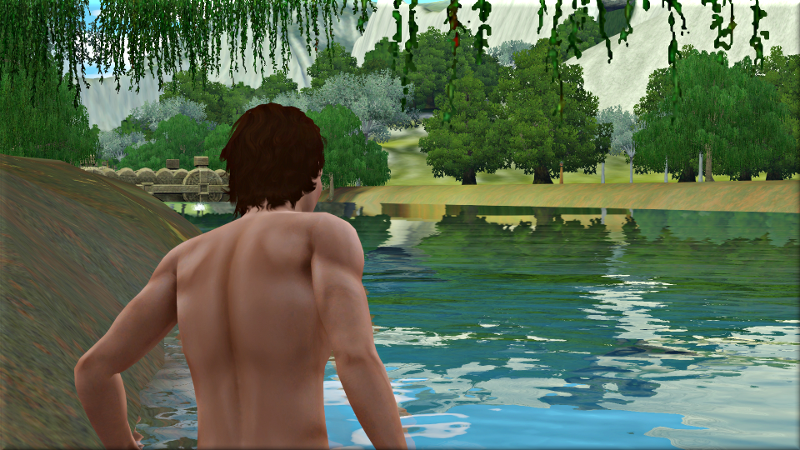 Back at the brewery, Richard’s mother has everything ready for the Feast of the First Fruits the next day. The house is clean, the sheets are washed, and by the morning the first grapes and plums will be ready to pick. 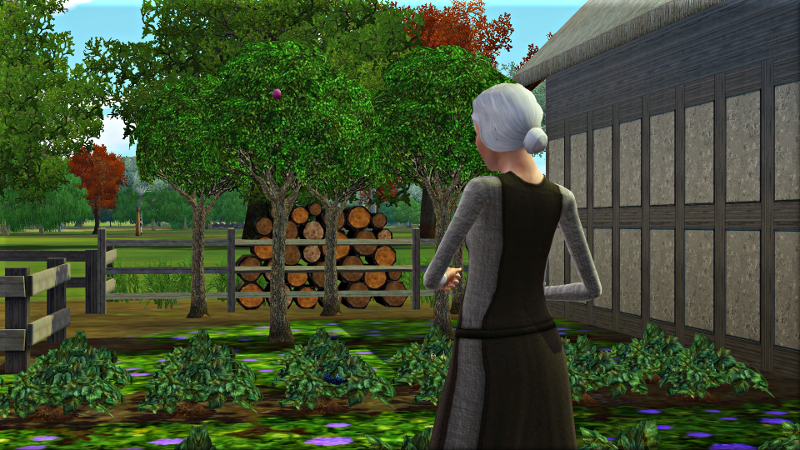 She and her daughter Aphra tend to the horses. They will both be sad when Hugh comes to take away the little foal, but there will perhaps be another one next year. 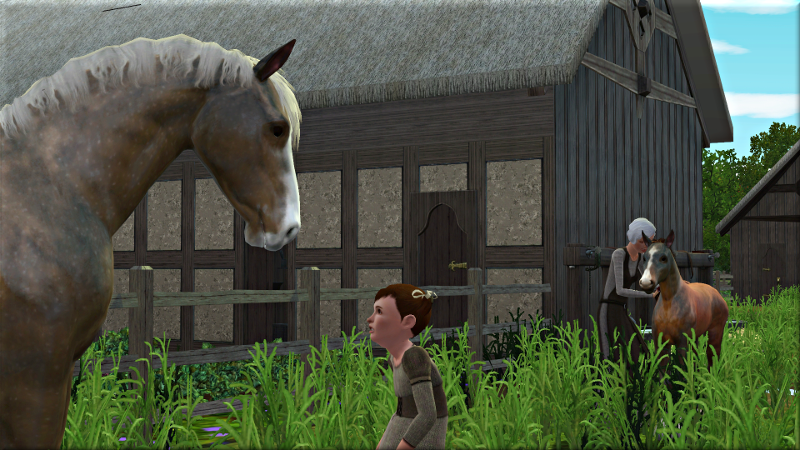 It brings Francis joy to have the little animal around, especially now she is too old to have any more children of her own. She is happy with those she has of course: her sweet little Aphra; Mark, so strong and clever; Ralf, making everyone proud with his service at the manor house; and Richard, his father’s heir and the apple of her eye. It will be time for him to marry in a year or so, she thinks, perhaps to John and Eda’s daughter or to one of the baker’s girls. She and Henry will help him make a sensible choice. She hopes they will both live to see their first grandchild born.

Francis is out in the fields feeding the cows when she hears a great commotion inside her house. She hurries indoors to find the Widow Fowler shouting at her husband. The widow’s daughter Aelfgiva is standing by, quite visibly with child. 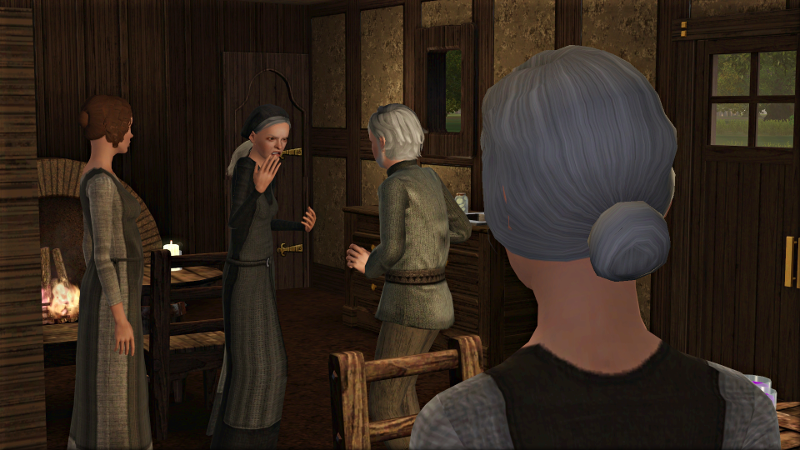 When Elvina says that their son is the father, Francis knows immediately which one. Girls have always liked Richard, and he them. They are already betrothed to one another, Aelfgiva interrupts her mother to insist.

Either way, Francis thinks, he will have little choice but to marry her, if he admits he is father to her child. The stakes are higher for the mother to be sure—the birth of a bastard could ruin her completely—but it would bring shame on Richard too, and on the whole family. And if they are to marry, it must be fast. Francis looks over at Mark, who silently nods and hurries off in search of his brother.

Henry, cursing under his breath, goes to fetch the parson. 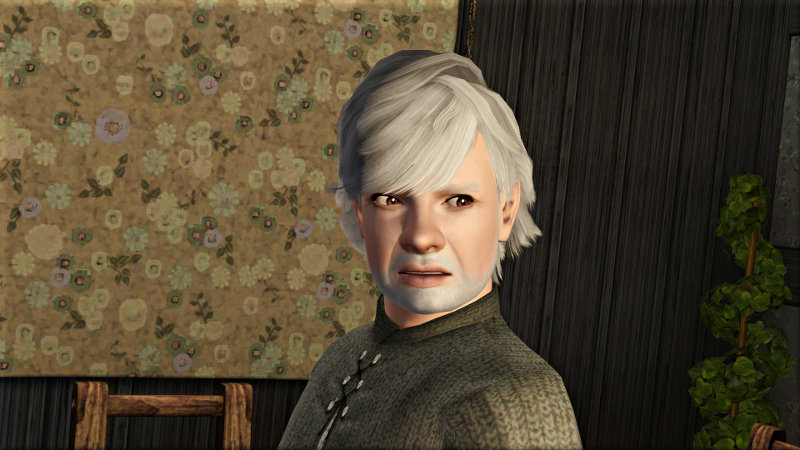 By the time Mark returns, they are all assembled, along with a group of curious neighbours. Behind Mark is Richard himself, with that look on his face that he always gets when he has done something wrong. 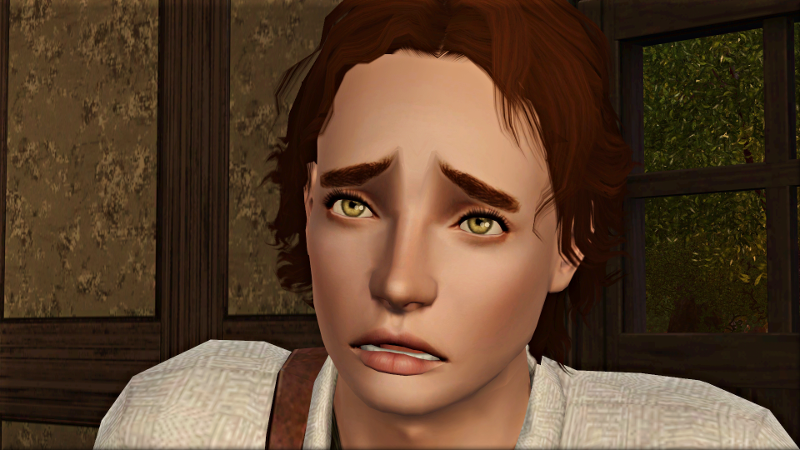 As soon as he sees Aelfgiva, though, he seems more sure of himself. He solemnly answers the parson’s questions: yes, he believes her child is his; yes, he and she have exchanged promises to wed; yes, he will take her as his wife. Aelfgiva makes the same replies. 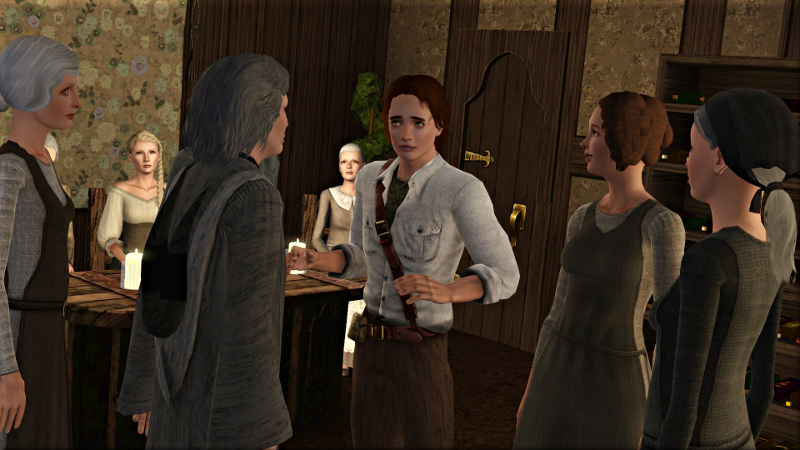 This is not the girl Francis thought to have for a daughter-in-law, and certainly not under these rushed and ignominious circumstances, but the agreement between them simplifies things at least. And what they have done is not such a terrible sin: lowborn boys and girls like them often lie together before their wedding night. It is tolerated—expected, even—and the church tends to turn a blind eye, provided they marry before their first child is born. Still, the parson sternly castigates Richard and Aelfgiva for the great disrespect they have shown their parents with their secrecy. 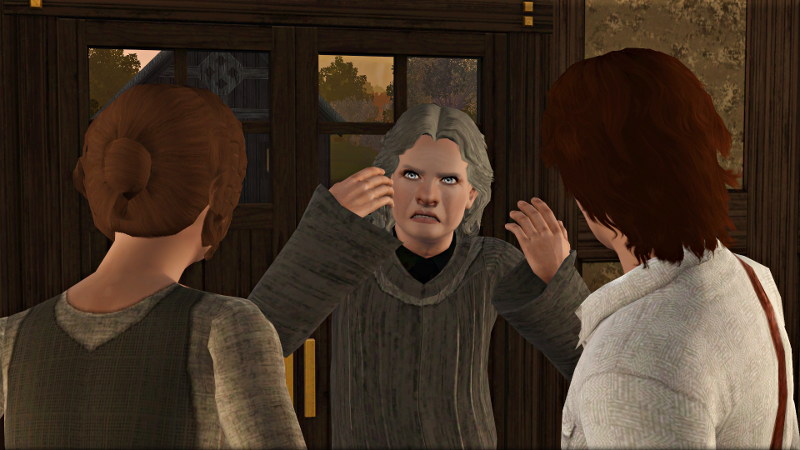 Their union must be blessed at once, he says, to clear away any taint of wrongdoing. There will be no time to purchase wedding gifts, or for Aelfgiva to raise money for her bridal linen. Word flies around the village fast, and soon the rest of their neighbours are crowded about them, whispering to one another as the parson performs the sacrament. 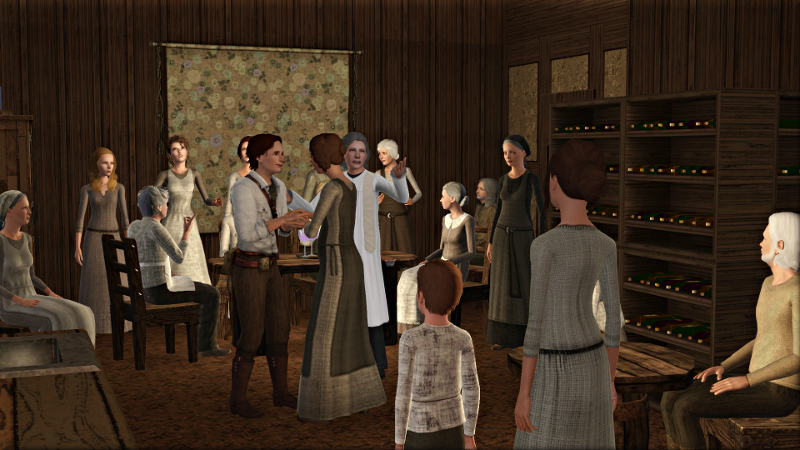 Francis raids her cupboards to find food and drink for the guests. She brings Widow Fowler a cup of nectar as a peace offering. 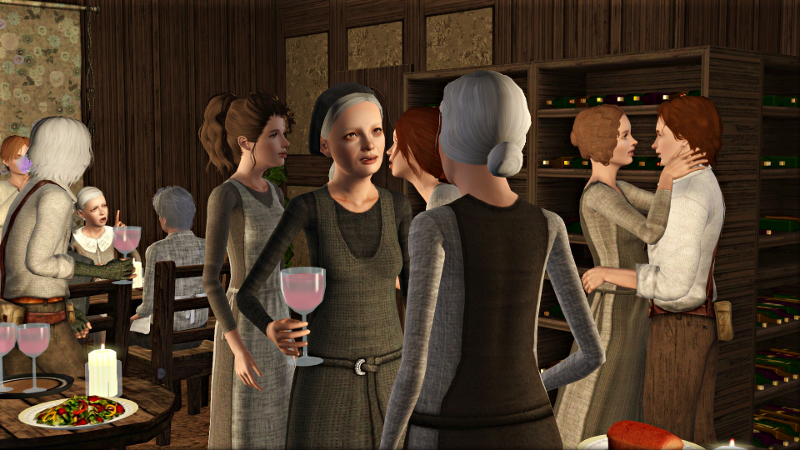 Francis tries not to think about the loss of status this alliance means, or the poor relations it will bind them too. After all, Aelfgiva really is a charming girl. She is a hard worker too, ready to help out in the garden right up until her child arrives. 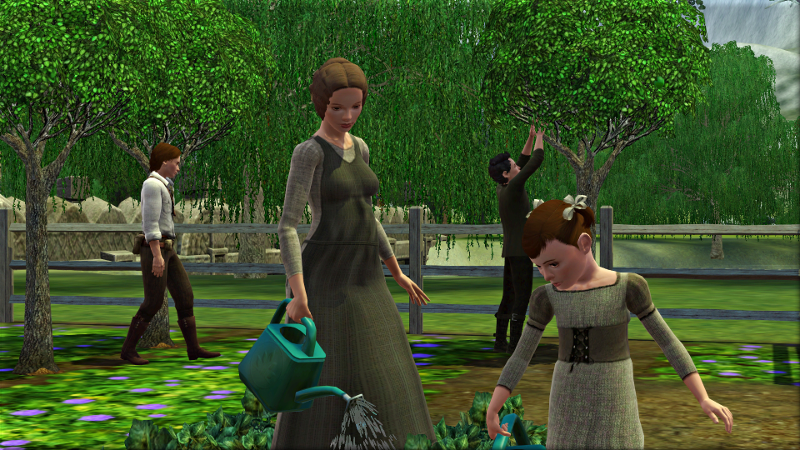 And who could stay resentful with a baby on the way? 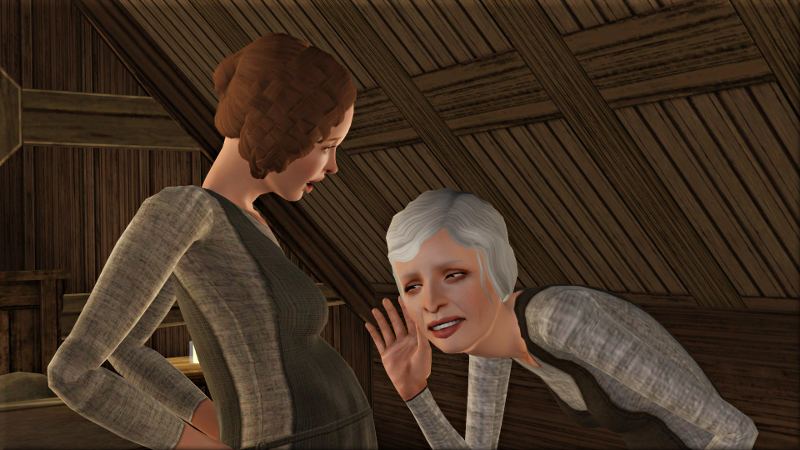 Henry takes longer to come around. He cannot stand it when things are not exactly to his liking. Francis does her best to reconcile him to the situation. 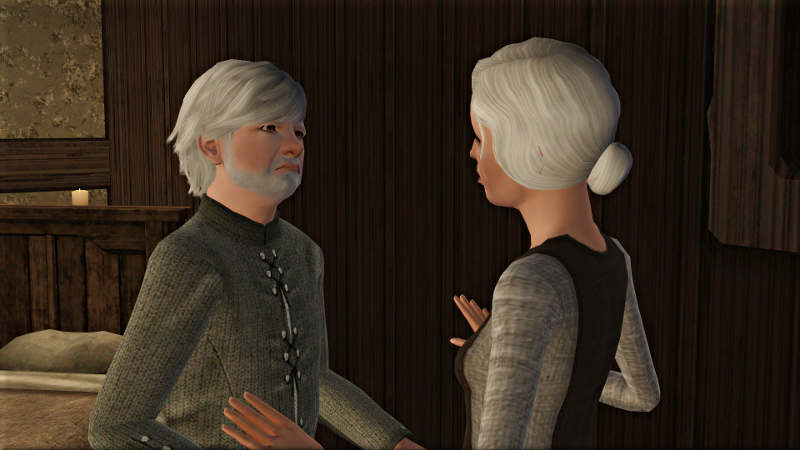 She stays with her new daughter all the way through her labour. 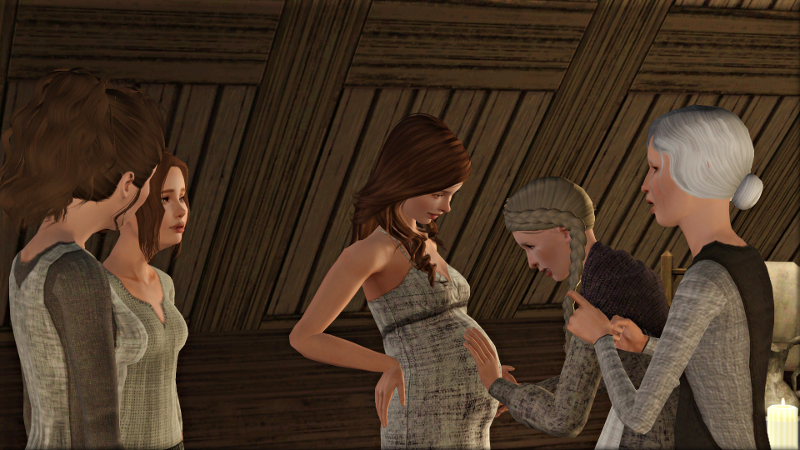 The baby is a boy. 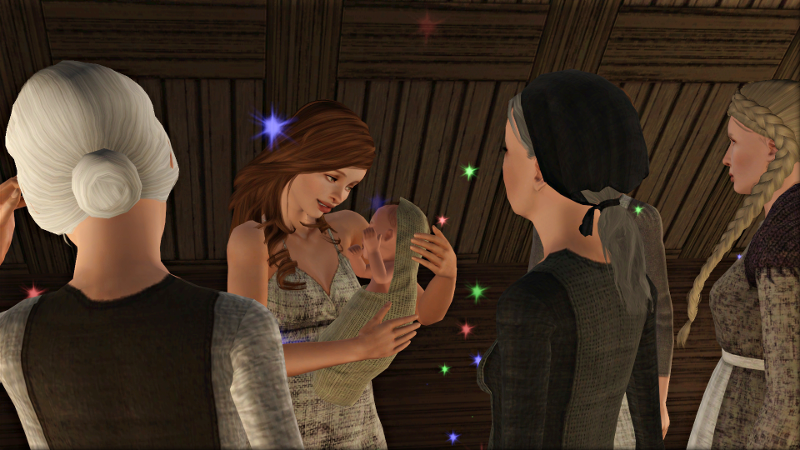 The men of the household are in the parsonage celebrating the Feast of the First Fruits when Tephna brings the news that mother and son are both well. Richard is beside himself with joy. 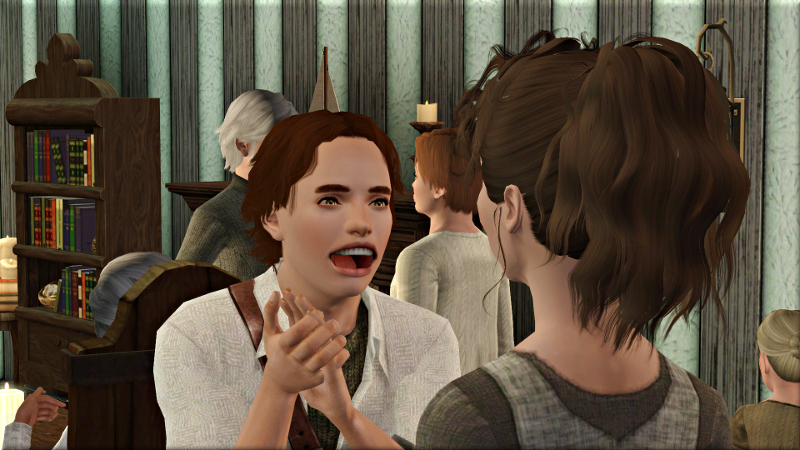 Everyone makes a fuss of the new baby. 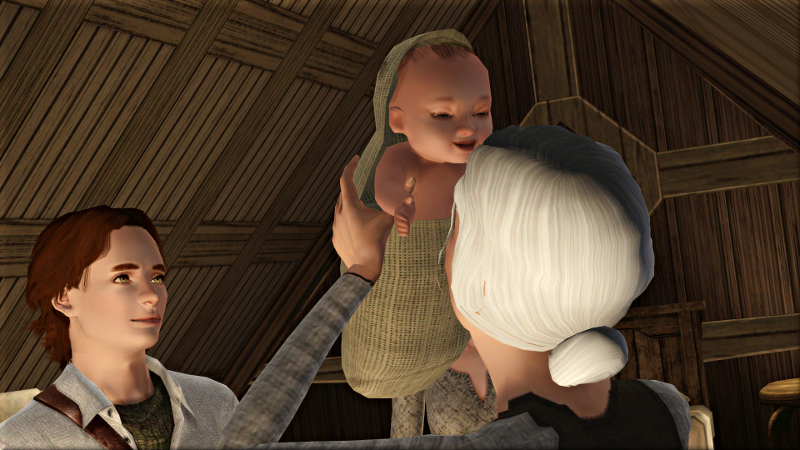 They cannot stay with him long: the next day, his lordship’s autumn crops are ready to be taken in. 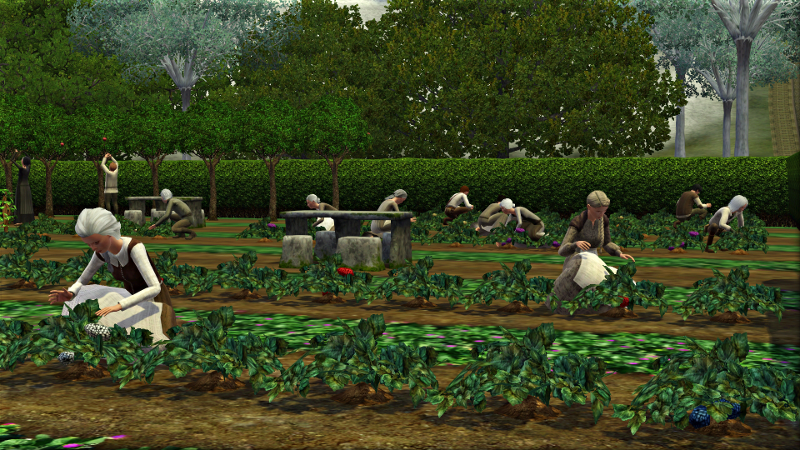 Mark takes more than his share of the labour: loads that feel heavy to others are light to him. He is happy to be alongside his friends and family. 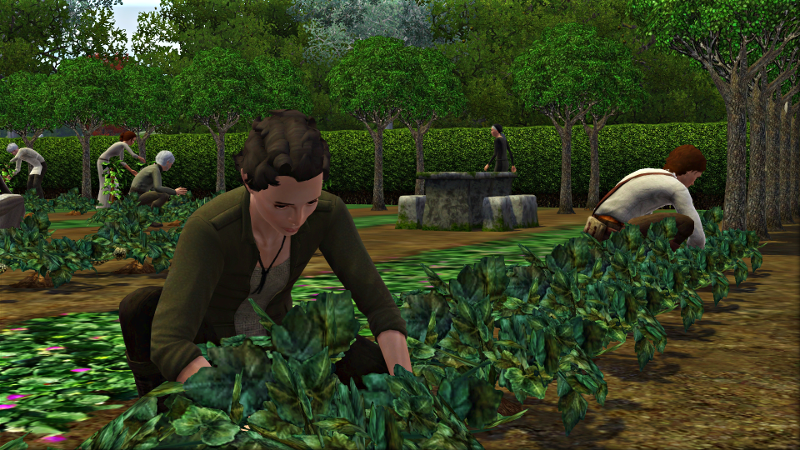 He feels less easy at supper that night. The great hall is quieter than it was when Lord Snordwich was at home, but he still feels on edge, under scrutiny. There are gentle folk at the high table, and serving boys process up and down with trays of food and nectar. 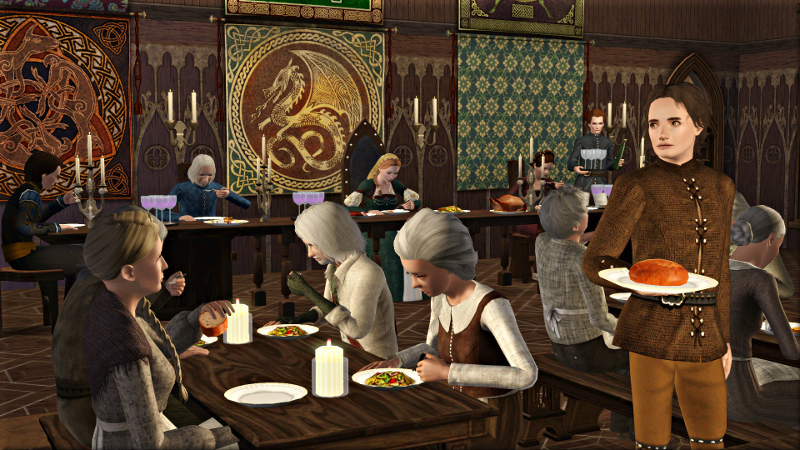 He is glad, though, when Ralf sits down with them. 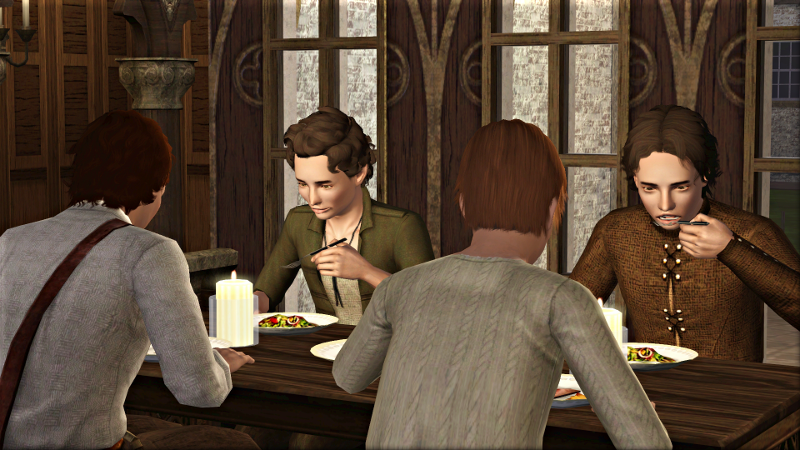 Ralf has yet to be told of the past few days’ events. He is worried to hear their brother has married so young; but once he has had a little time to get used to the idea, he has to admit he is looking forward to meeting his little nephew.

He has news too: in less than a week his lordship will be home. On Monday they expect Masters Roger and Fabyan back from Effenmont, and the following day Lord Snordwich himself will come with his wife and attendants. Word spreads through the hall, and soon everyone is talking about it.

As they eat, Mark’s eyes wander from face to face. Ralf’s, he notices, are fixed only on Tephna. 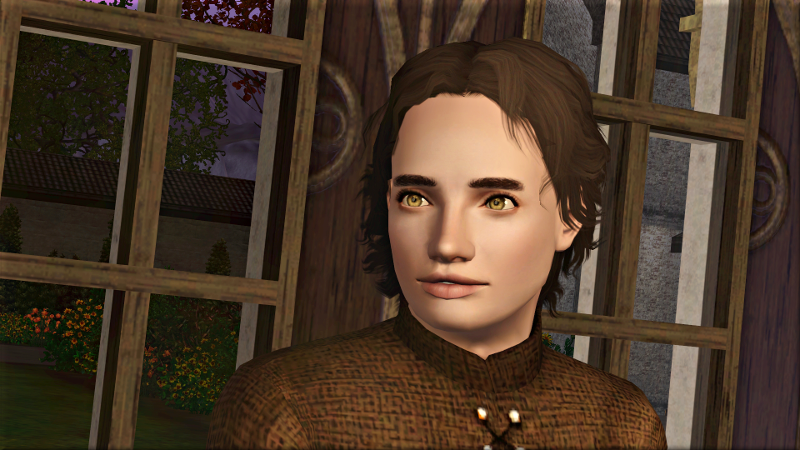 They have loved one another for as long as Mark can remember, though he is not sure whether they will ever marry. There are no places for women in his lordship’s kitchen, and Ralf does not have a household of his own. It was so easy for their brother to marry, he seemed to do it without even meaning to; things are not like that for younger sons.

Early the next morning, the parson comes to bless Richard’s wife and child. Aelfgiva suggests the name James; her husband, immediately taken with it, agrees. 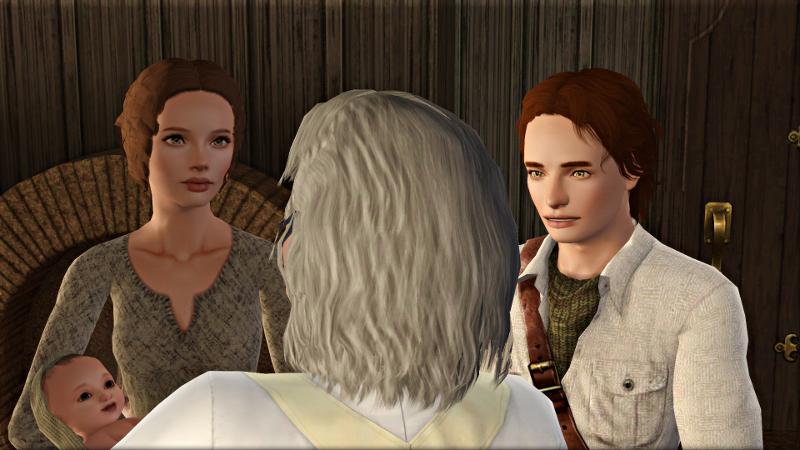 She brings the boy up to the fields that day, and works with him strapped to her back, looking as strong as ever. With the most dangerous time past, Mark starts to see the funny side of things. They really should have known this was coming. Some couples try for years for a son, but of course his foolhardy brother would manage it by accident his very first time.

When they break for lunch, Richard proudly shows James off. 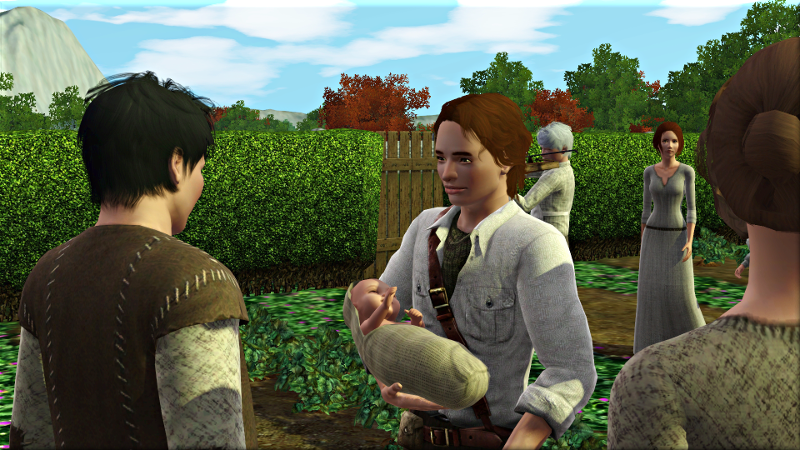 He kisses Aelfgiva and tells the other girls they must all dress in black and weep, for he has found his wife. 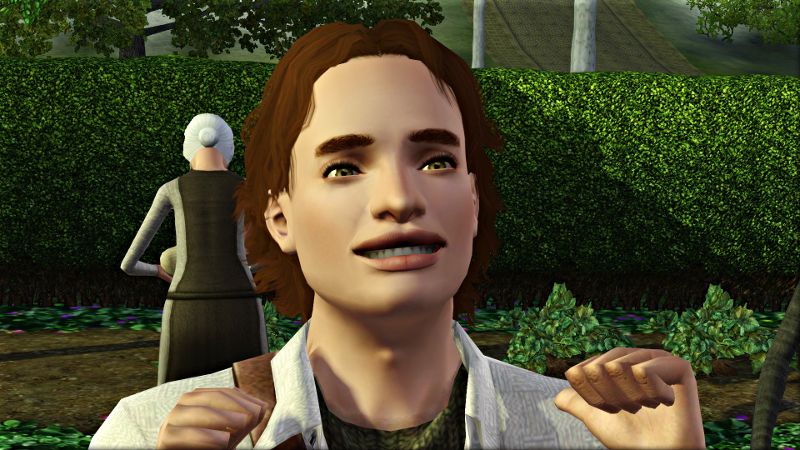 He is going to be insufferable for at least the next week, Mark thinks, and laughs.