After church on the morning of the feast, the children receive their gifts: another dragon for Margery and an ogre for Walter. 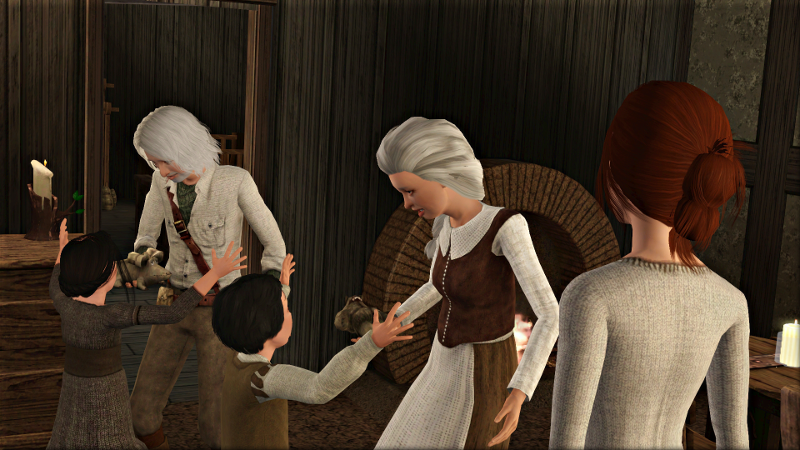 They want to take them outside, but when their mother tells them it is too cold they are happy enough to play in the back room. 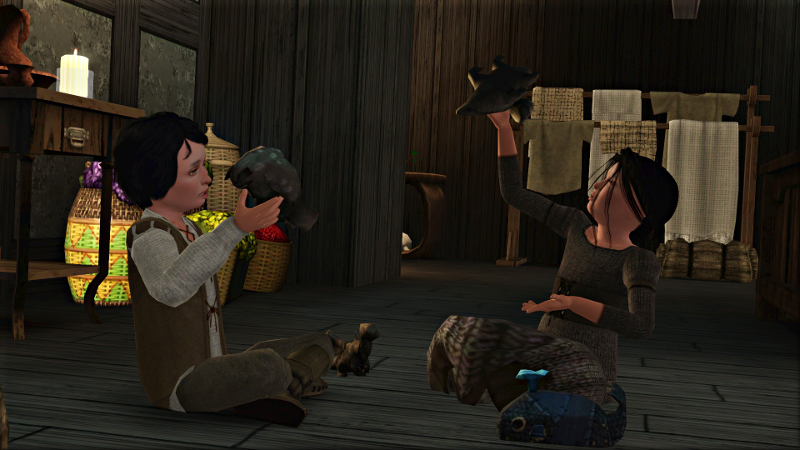 Beatrice and Jaclyn prepare the holiday lunch, while Henry pours them out some nectar. 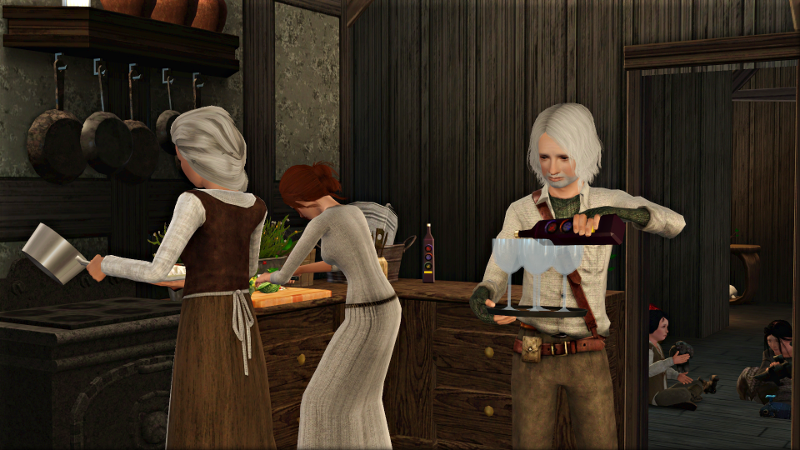 Just as they are sitting down to their meal, there is a knock at the door. 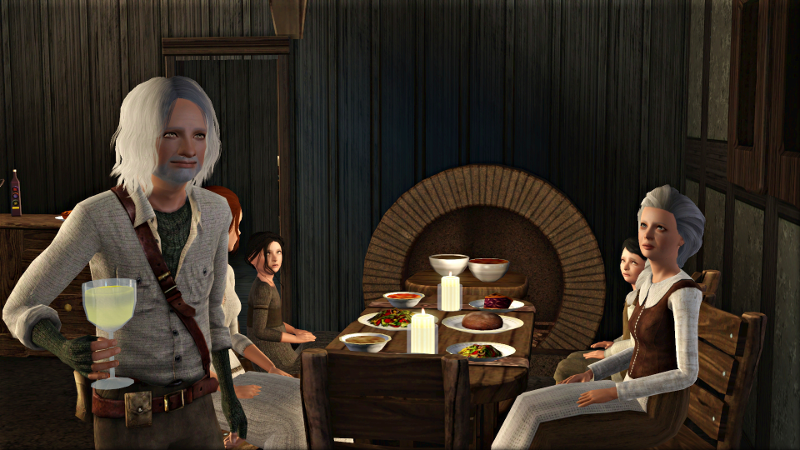 It is Hugh and Ralf, come to wish them a happy feast day. They are bound for Crafthole, Ralf explains, where they hope to sell their yearly honey harvest. They have stopped along the way to pick up their horse and say hello to old friends. 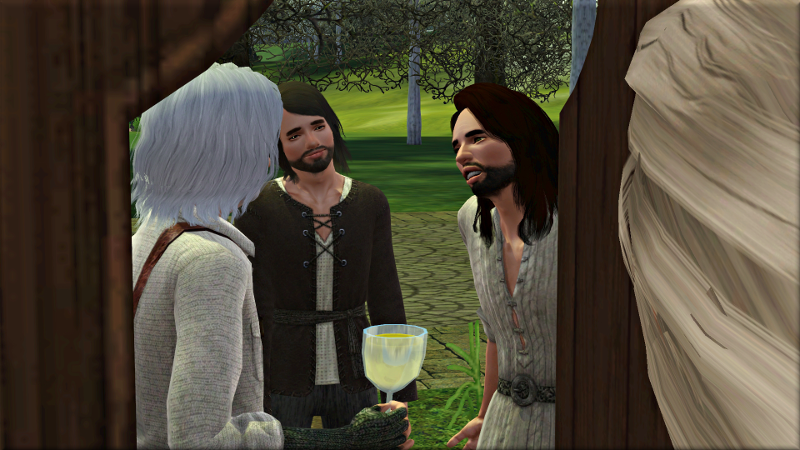 The men have already eaten with the Brewers, but Jaclyn’s parents press them to take a little more pie and nectar. 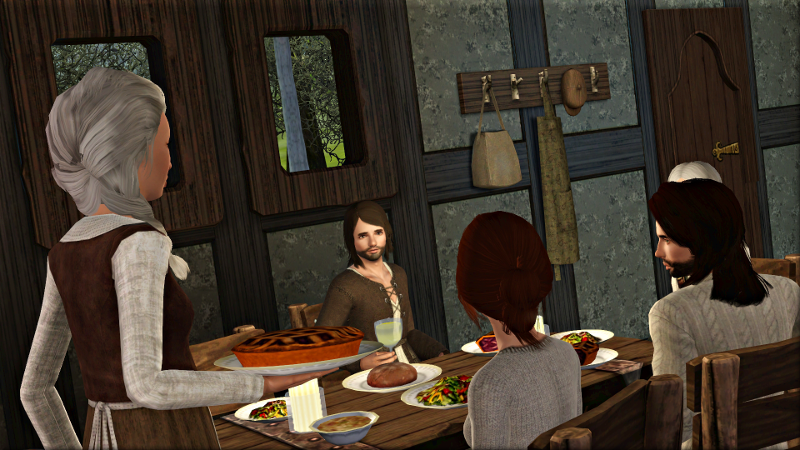 There are not enough chairs for everyone, so Henry finds two old barrel ends for the children to sit on. 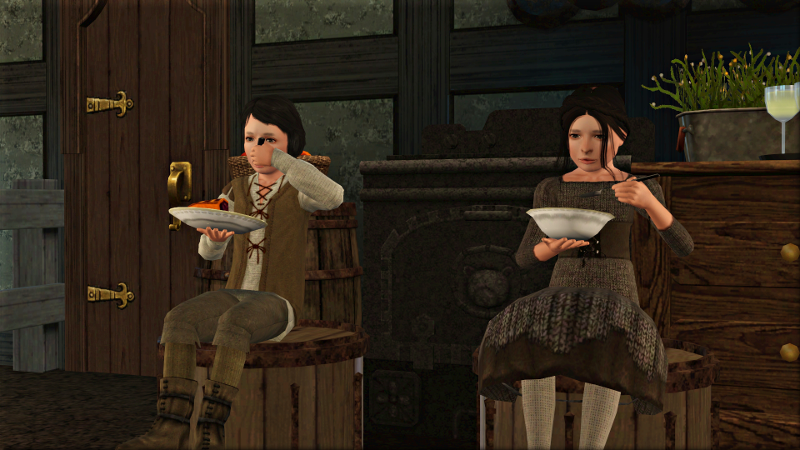 Ralf tells them that his wife Margery and their little girl Anne are well. Margery is still favoured by the mistress of Havlock Hall; the gentlewoman and her daughter are sometimes even their guests for lunch. 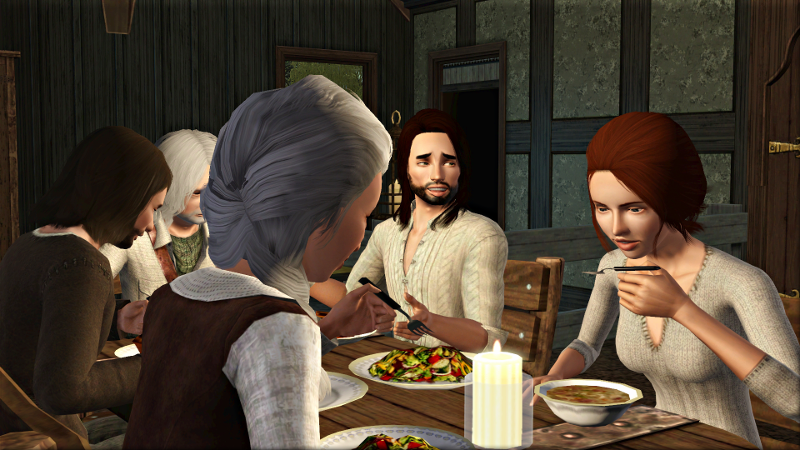 He was sad to hear from the Brewers of old Goodman Fowler’s passing, but glad that all else seems well in Plumville. And Richard Brewer is a father now! Last time Ralf was here, Richard was but a child himself.

After lunch, Hugh asks Jaclyn’s parents whether he may take her for a walk. They say yes, a quick walk to the river at the far end of the farm and back.

Hugh offers his arm to her as they cross the muddy ground, and asks how the last six weeks have been for her. He is as affable as ever, but nervous. When they reach the water, he takes her hand, and tells her that since their day together on the village green he has thought of nothing but her. 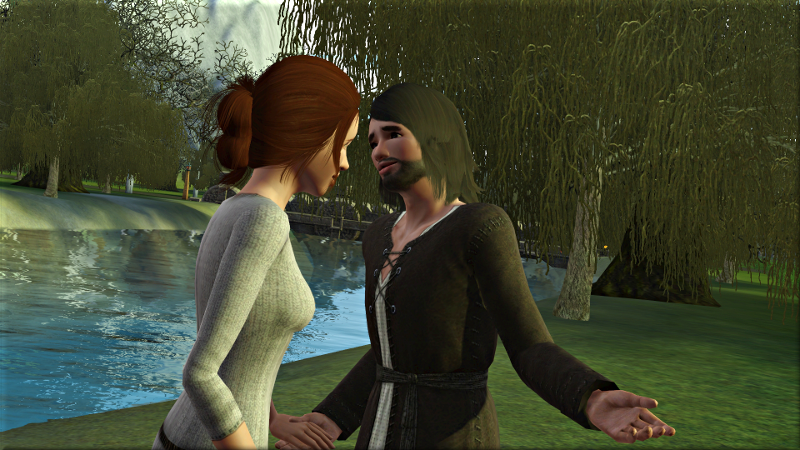 He came of age this year, inheriting his father’s house and little patch of land; now he needs a wife to help him manage them. He heard from Goodwife Brewer that Jaclyn had not promised herself to anyone, and so he hoped that she might agree to marry him and come and live with him in Lockville. He already has his mother’s blessing, and his father-in-law’s too.

Jaclyn tells him yes, she would like nothing so much. 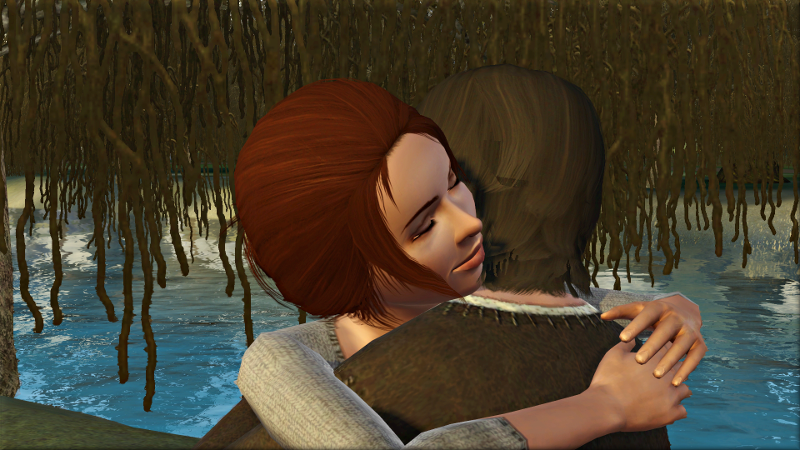 On the way back, they talk about their plans. In his father’s house, it is his mother, father-in-law, and baby Anne. He cannot wait for Jaclyn to meet the little girl! And he knows his mother will be charmed by her—Mistress Grancourt too, when she comes.

Jaclyn looks forward to meeting them all. She will be sorry to leave her friends and family behind, but Hugh’s family has two horses now, and it is not even half a day’s ride between the two villages.

She hopes for a midsummer wedding. That way she can wear white peonies and chamomile in her hair, and sell fresh berry nectar to help pay for her bridal linen.

As they pass behind the cowshed, Hugh asks if he may kiss her. 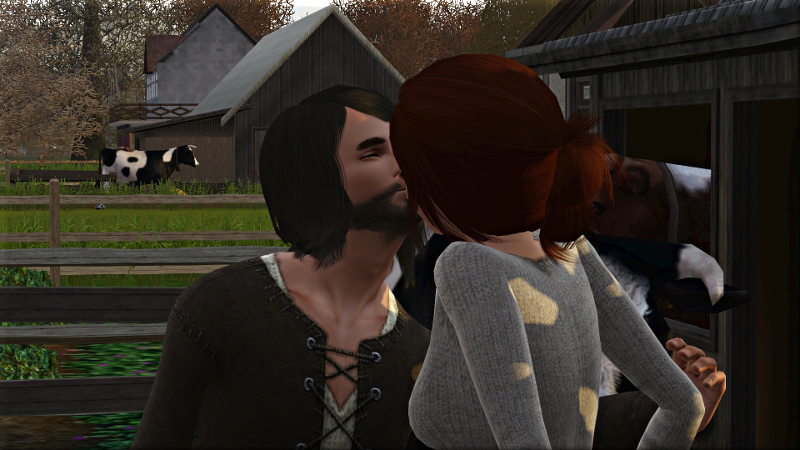 When they get back inside, she sees her parents already know about the offer; Ralf is talking it all through with them.

They are both happy for her. They have always liked Ralf, and his good opinion of his son-in-law means a lot. The family’s land, and beehives, and the goods left by old Chaplain Wereables in his will all help too, to reassure them that their daughter will be well taken care of. 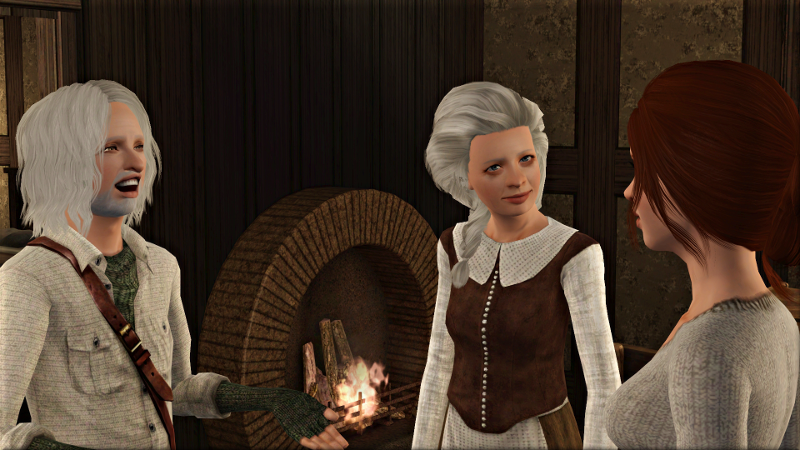 They will need to work out a dowry for her of course, mostly nectar, plate and linen; only higher born girls pay for their husbands in bags of gold. They negotiate the amounts with Ralf and Hugh while Jaclyn tells her brother and sister the news. 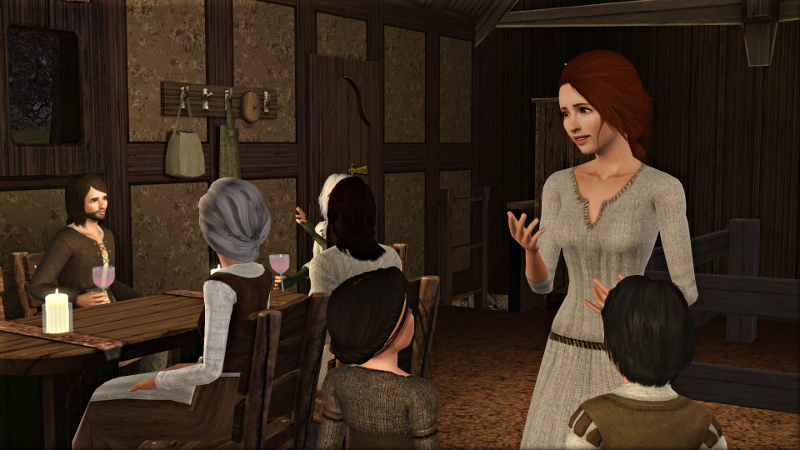 After an hour or so, it is all settled. Jaclyn’s mother goes down to the cellar to fetch their best bottle of country blend, and her father sends Walter off to tells the neighbours.

Many of them come to congratulate the young couple, bringing leftovers from their holiday feasts. 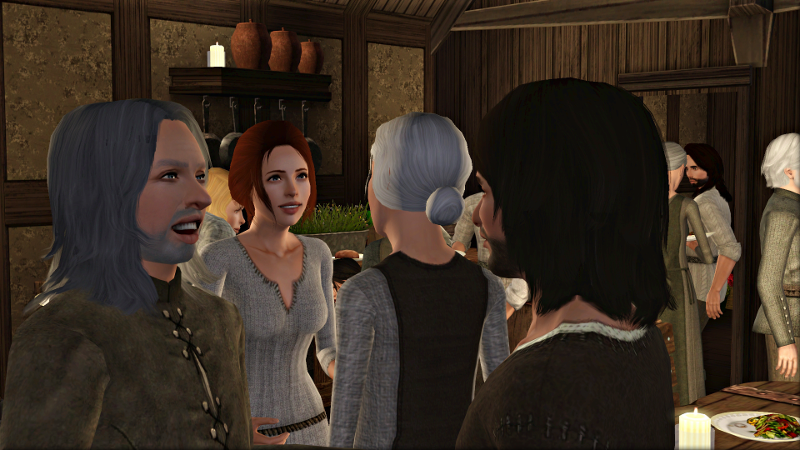 Through the crowd, Jaclyn finds the person she most wants to talk to, her best friend Tephna. Jaclyn tells her all that has passed, and Tephna is delighted to hear that everything has worked out so well. 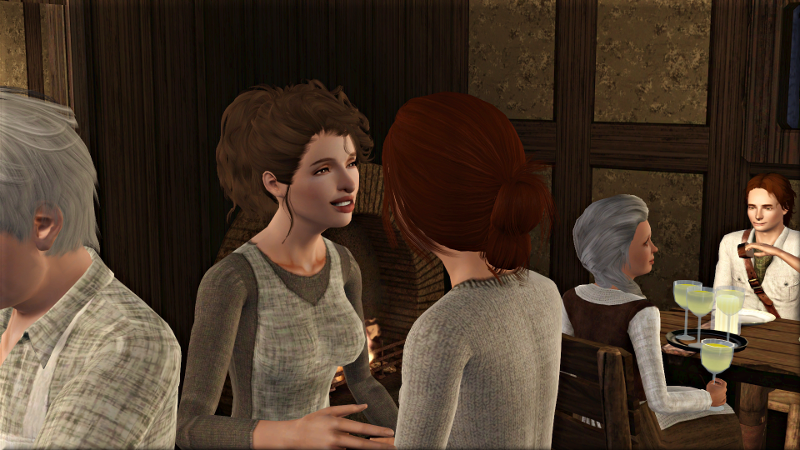 It is dark outside by the time their well-wishers leave, so Hugh and Ralf stay with them that night.

They set off early the morning. 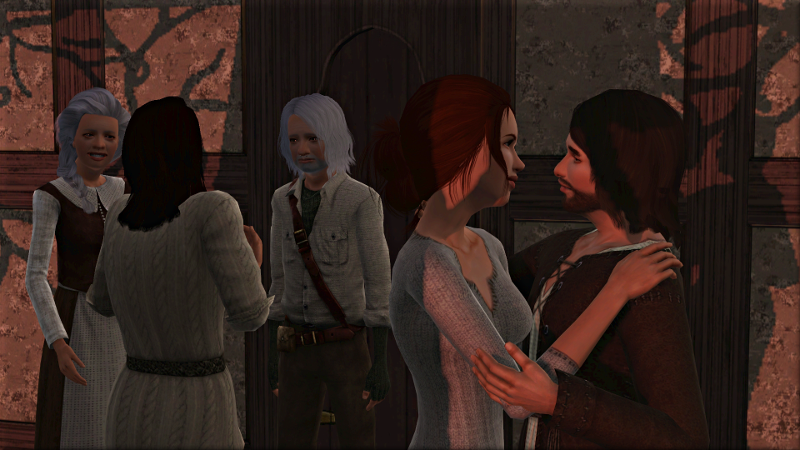 When her day’s chores are done, Jaclyn goes to spend some time with the Bakers. Tephna apologises for not being around more the last week. Her mother is very old now, and is starting to find it difficult to get about the house on her own. 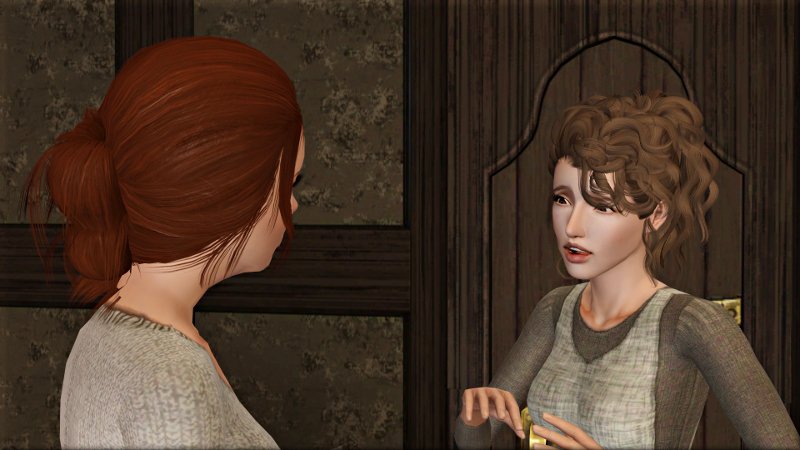 Jaclyn feels terrible; she had no idea. She asks whether there is anything she can do to help, but Tephna tells her not to worry. The bakery will be closed for a couple of days for the winter penitence, and her brother and sister are old enough to look after themselves now.

She really just wants to talk about other things for a while, she says, and of course to hear more about the plans for Jaclyn’s wedding. 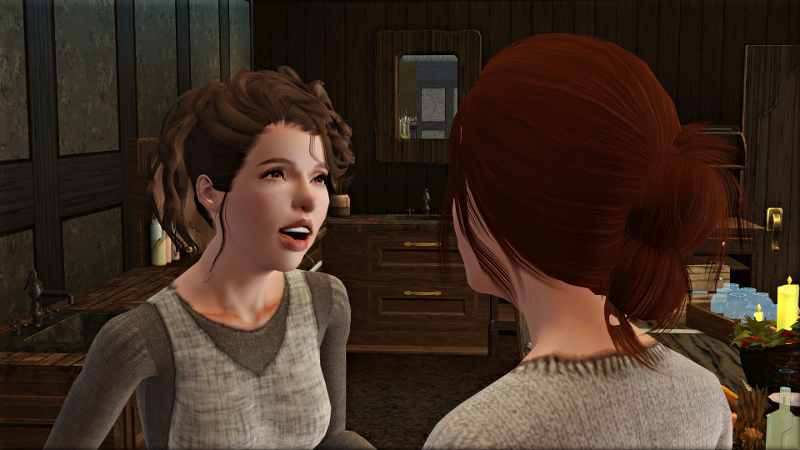 Jaclyn is happy to oblige. She and Hugh are to be married in Plumville this summer, under the church porch perhaps, or in the tavern in the weather is poor. Her little sister can help her do her hair—Margery is already so adept at that kind of thing—but Tephna must help her find the prettiest flowers to set in it.

She desperately wants the same good fortune for her friend. Of course Tephna would first need to let go of whatever it is between Ralf Brewer and her. He has a respectable position in the manor house, and no doubt a decent enough income for a single man, but Hugh must have unmarried friends in Lockville with more to offer.

The time until Hugh’s return from Crafthole passes surprisingly quickly. On Saturday, Jaclyn and her mother brew some nectar with the last of the fresh plums. 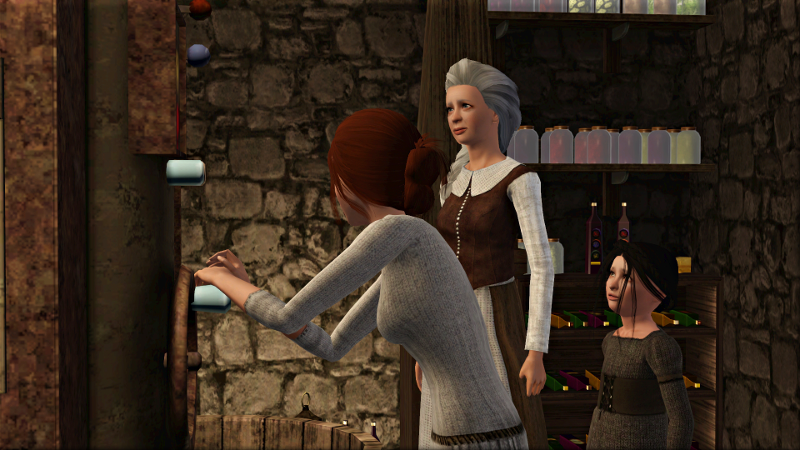 Margergy is too small to operate the press safely, but they let her squish the ripe fruit between her toes. 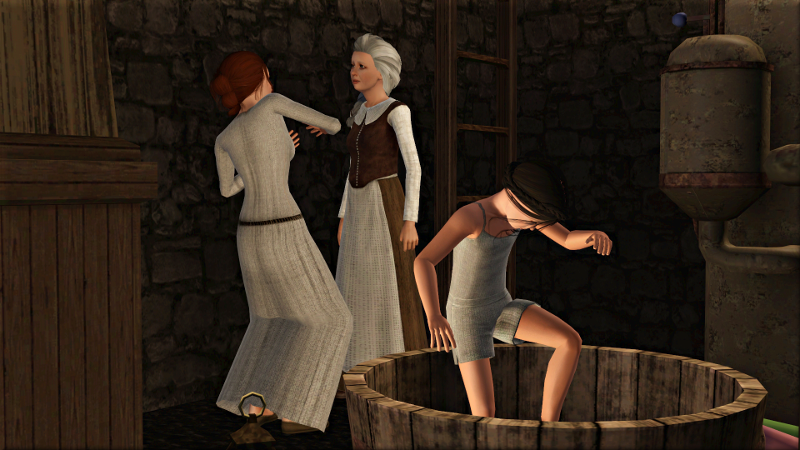 On Nativity’s Eve, the men pass through the village again. 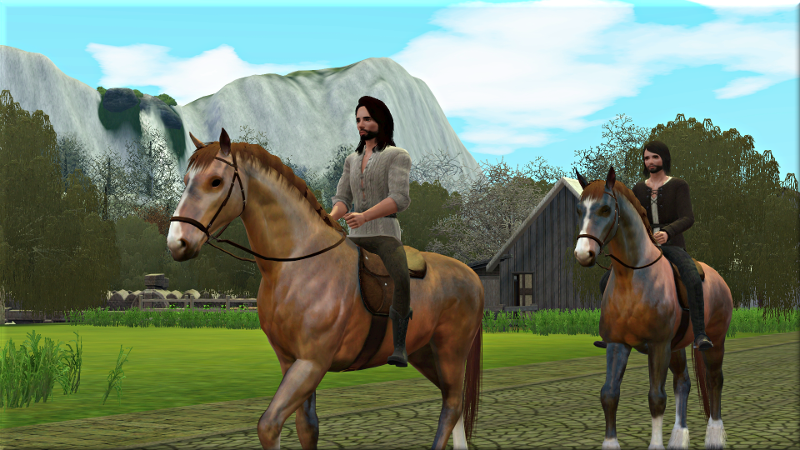 They cannot stay long this time—they need to be back home in time for the midnight service—but Hugh has a gift for Jaclyn, a pouch of dried spices for her family’s holiday meal. 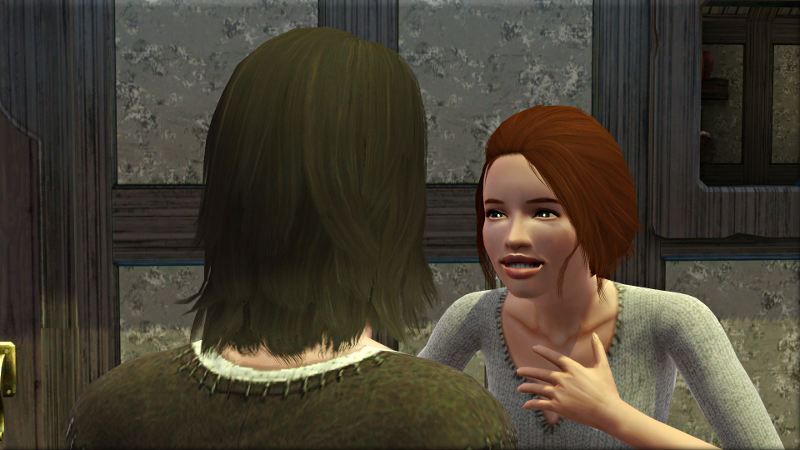 Though their wedding will not be for another six weeks, he promises to come and see her soon. They say goodbye until next time, and kiss again. 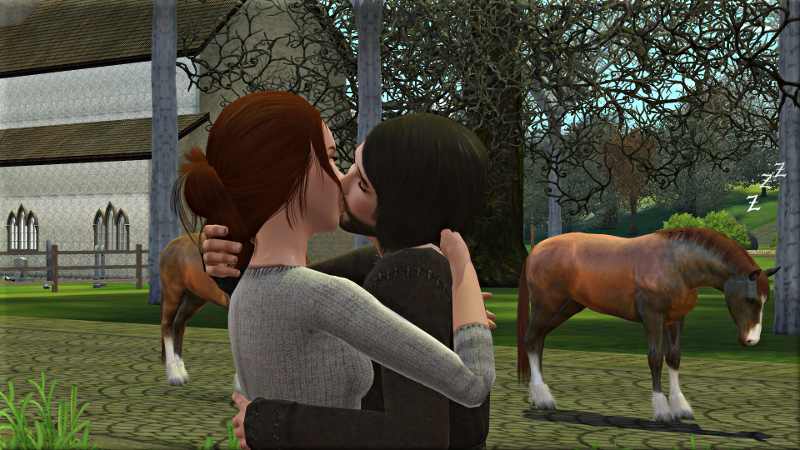