I’ve compiled this as a resource for builders looking to create a picturesque home in Shang Simla with the beautiful vista moodlet.

I was only able to find four beautiful vista lots in Shang Simla, all of them close together. 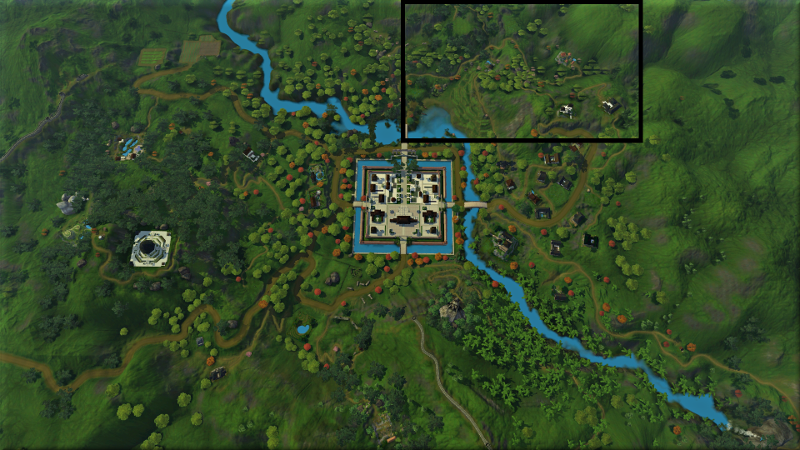 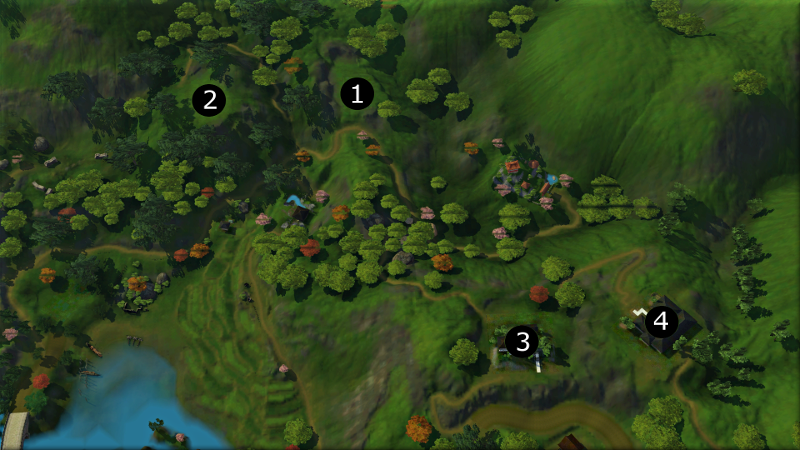 This is a thin lot, bounded by grassy mounds on three sides, but there is a gorgeous view of the city centre and mountains to the front right. 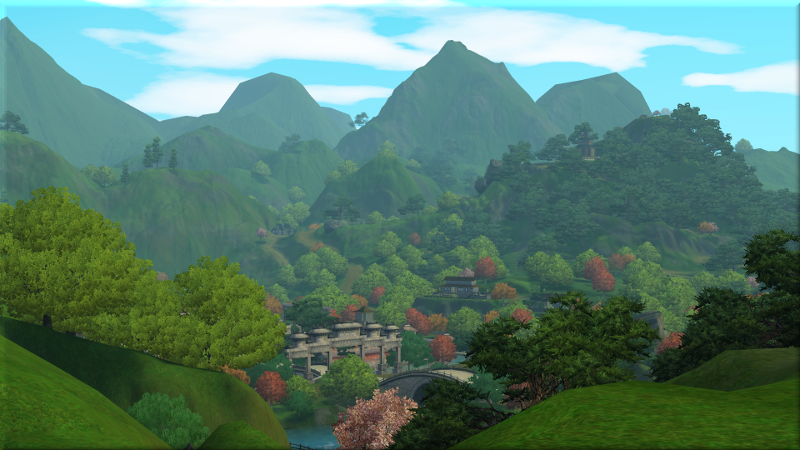 Looking to the front left, you can see the (poorly rendered) houses higher up the hillside. 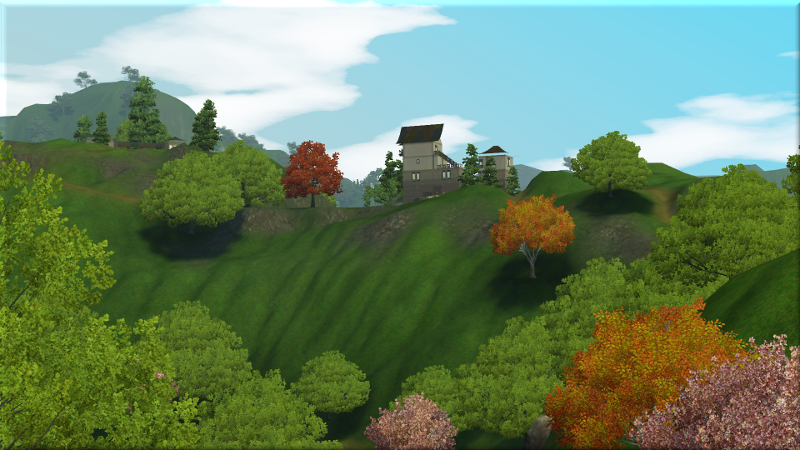 You’ll want to place your major viewing spots to the front of your build for this lot. Still, the back isn’t without interest. The terrain sculpting is quite low here, and even from ground level you can see out over it to the rolling hills beyond. 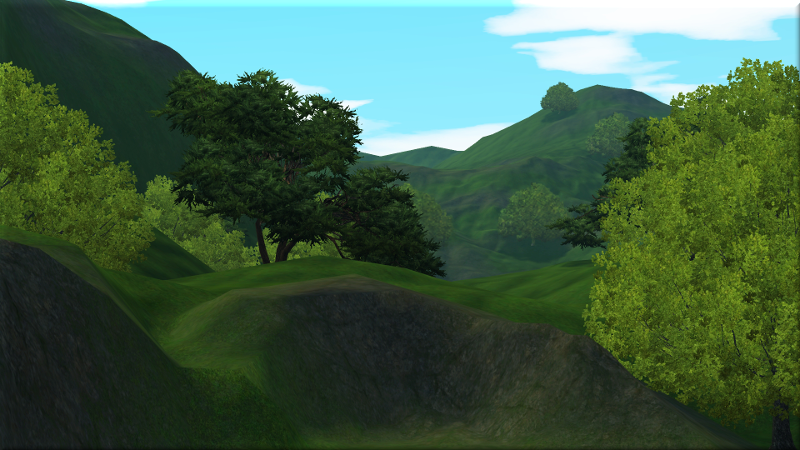 This lot offers similar views to its smaller neighbour, but the orientation is reversed. Here, you’ll probably want to build to emphasize the panoramic rear view. 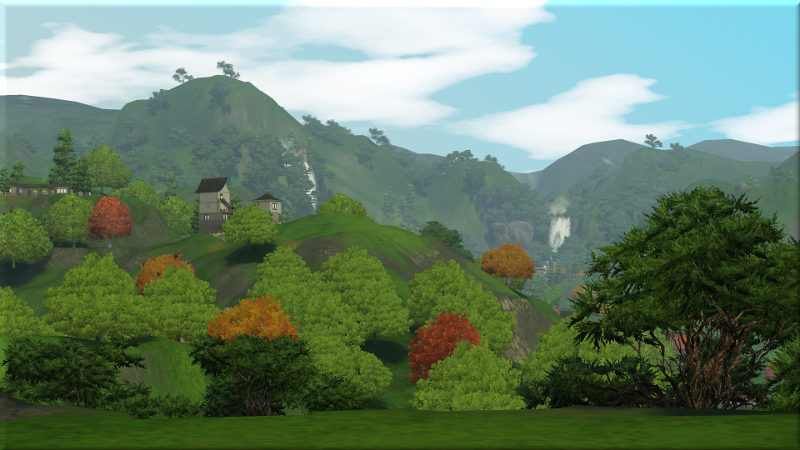 A little the left, you can see the graveyard shrine. 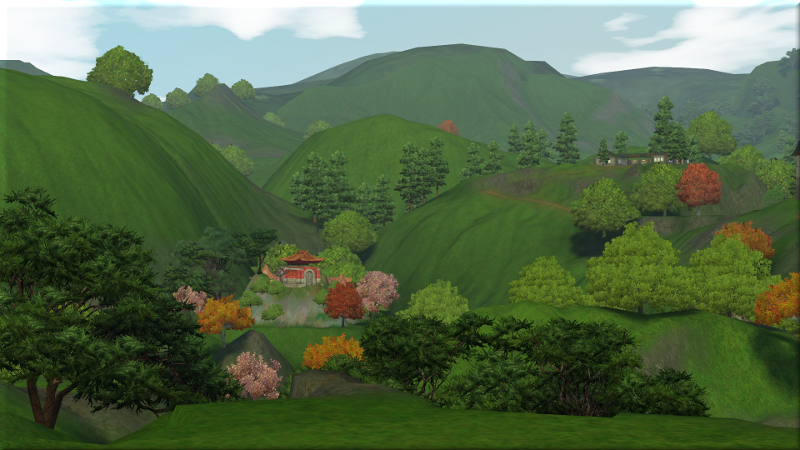 My favourite, though, is the view to the right. Just watch out for that tree when you’re lining up where everything goes or it may end up blocking large parts of it. 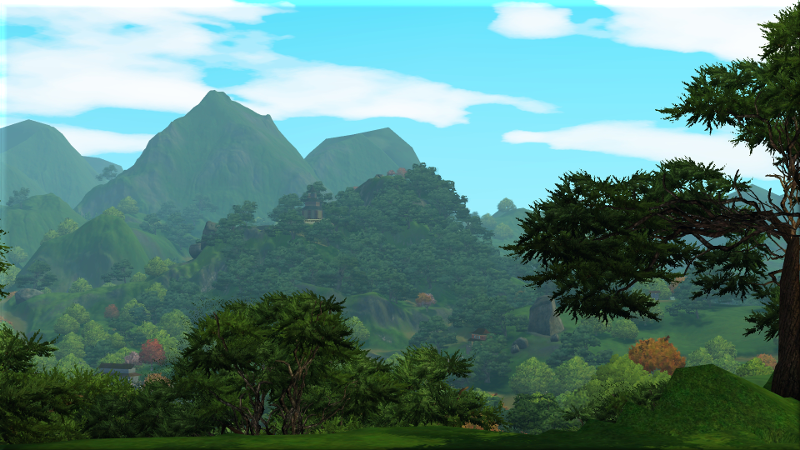 (Also, what is this weird terrain sculpting?) 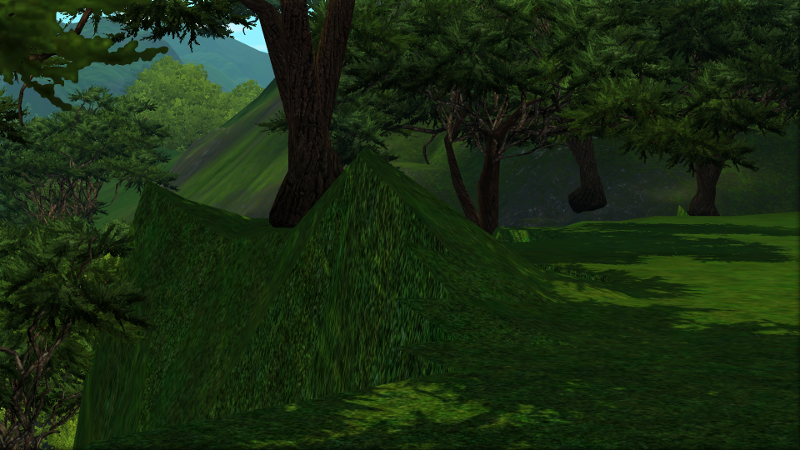 If you introduce a bit of height to your build, you’ll open the views up even further, and be able to see the city centre and dragon cave. 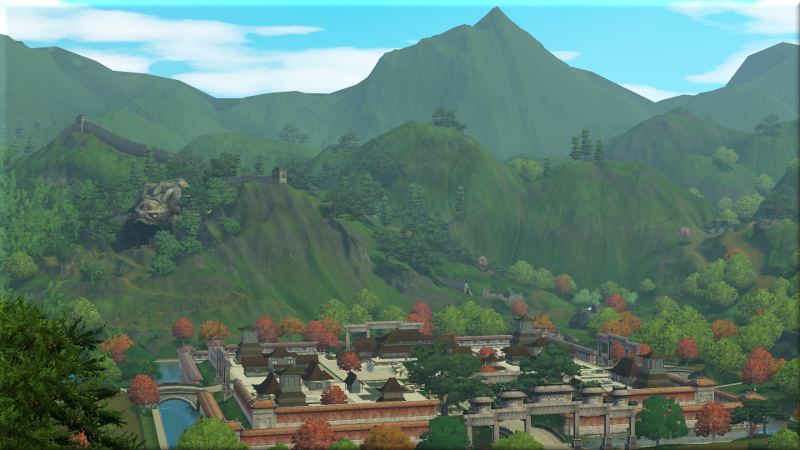 There’s already a house here. It costs 56, 908 if you’re not a builder and just want to move right in. 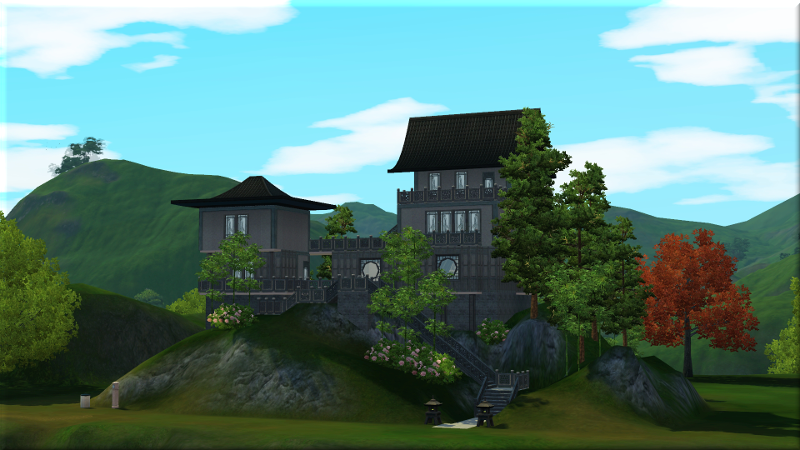 The view to the right of this one is blocked by a big boring rockface, but all the other directions make up for it. From the front, you get an even closer look at the twin waterfalls. 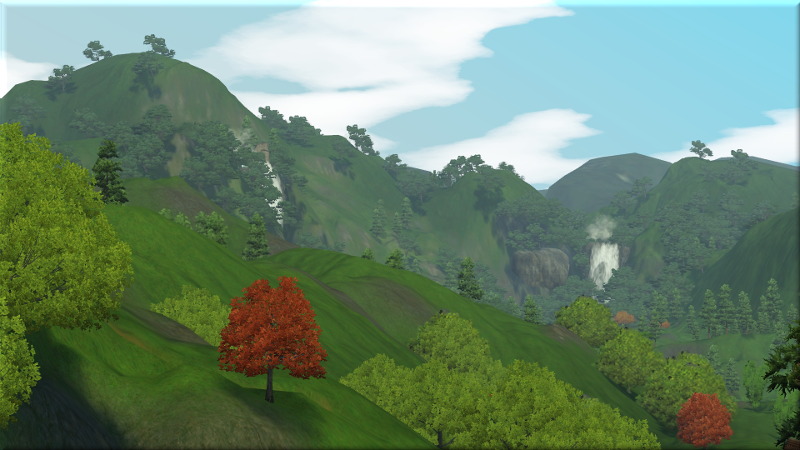 The view to the rear is nice too. That’s the graveyard there again, but I think it’s pretty. 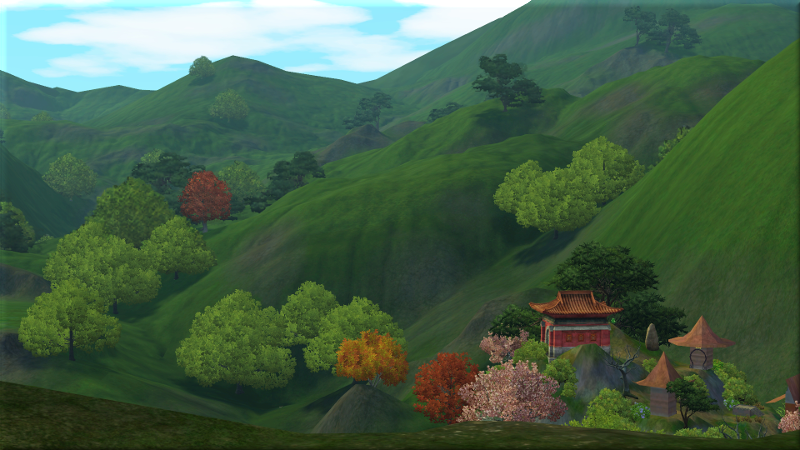 To the right are some tall trees. If you want to see past them, you’ll need to build up several levels. If you do, however, you’ll basically be able to see everything: the Dragon Cave, the city centre, The Temple of Heaven, the sprawling wall, the mountain tops, the rolling fields. 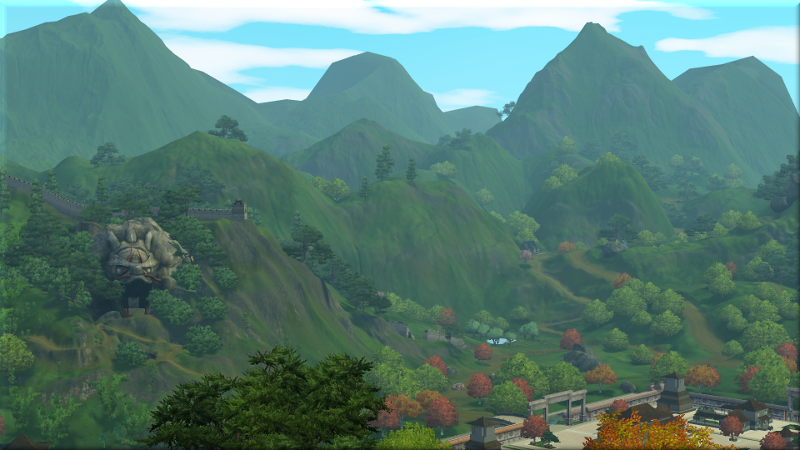 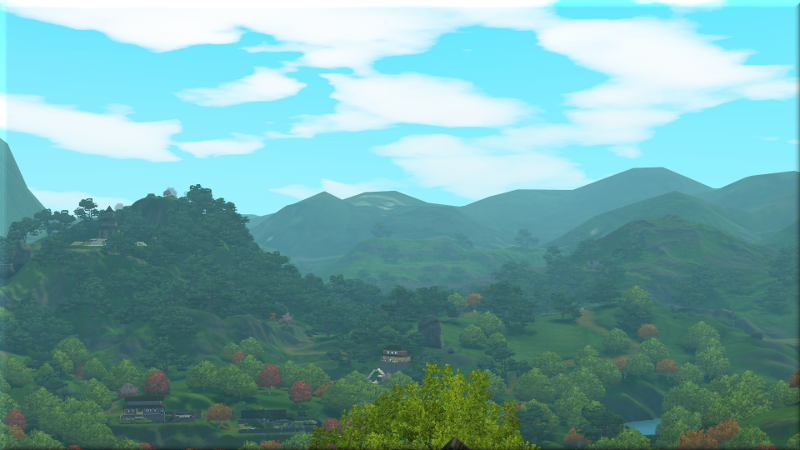 If you don’t want to build upwards, this final lot may be more suited to you, though you’ll have to kick out the Yao family, who currently live there. You can’t get quite such a full view of the waterfalls, but there is something interesting to look at in almost every direction, even from ground level.

Here are the views from the front round to the right (well, the left if you’ve already turned round to face the front). 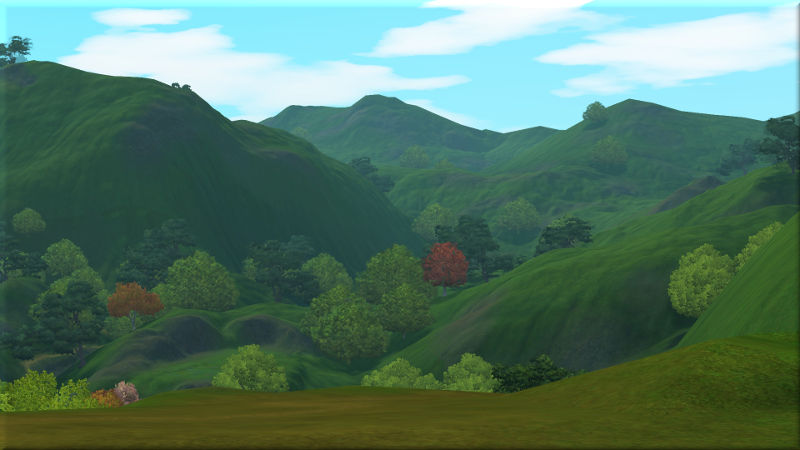 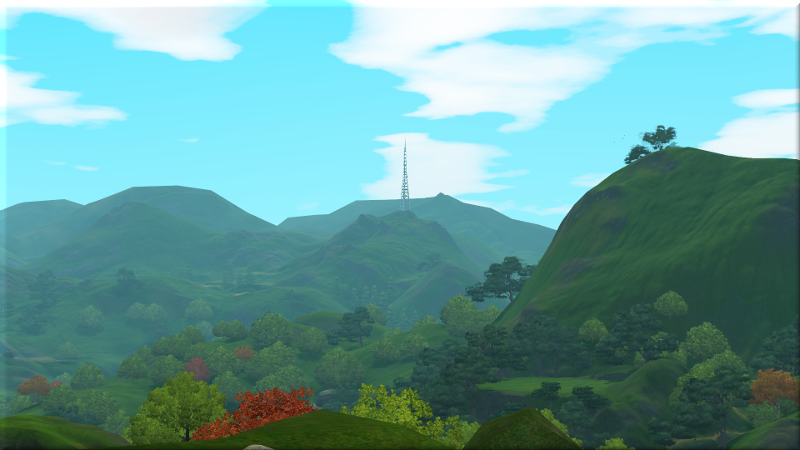 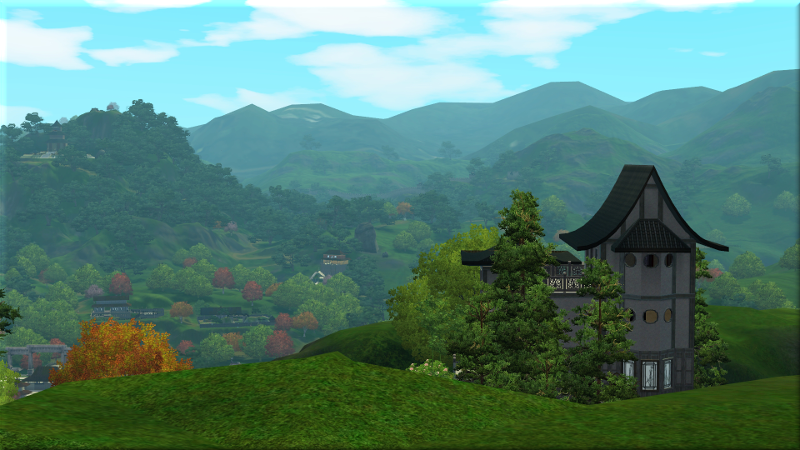 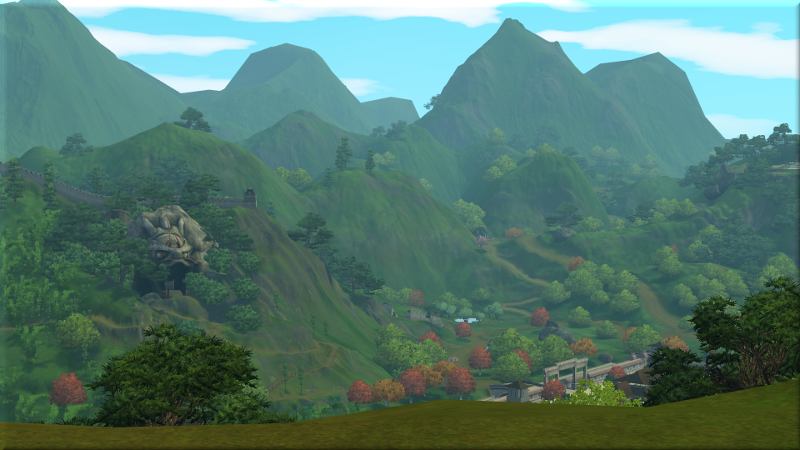 There are grassy peaks to the left side of the lot. 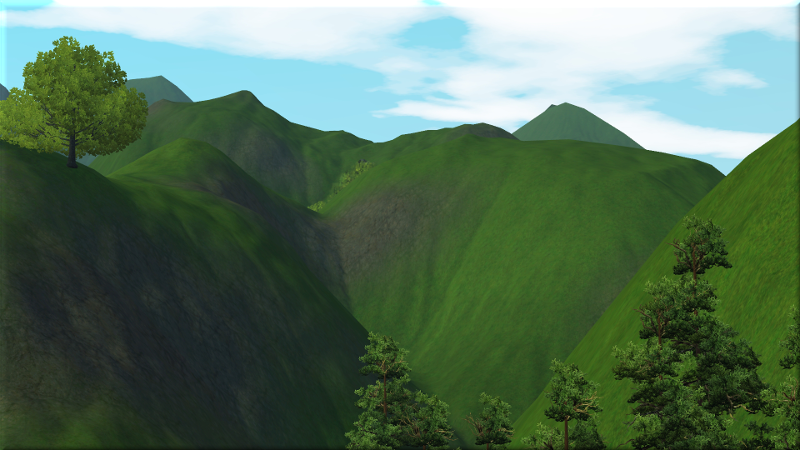 And this is from the back, although you will only be able to see this from the right side of the lot. Moving further to the left, the trees start to get in the way. 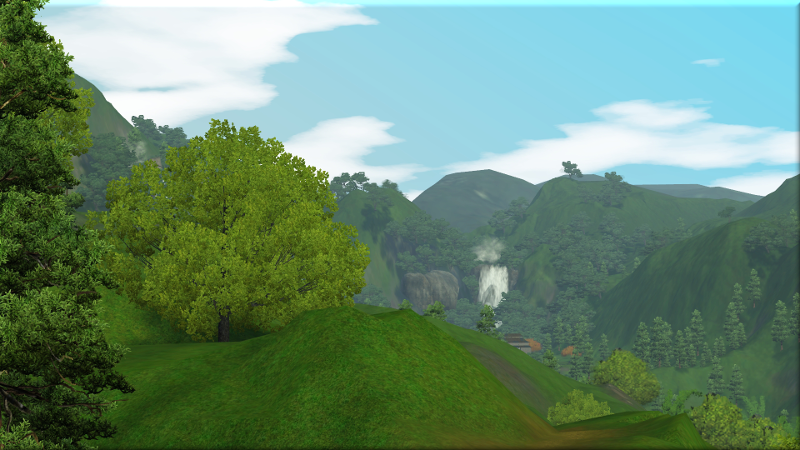 If you just want pinch the Yao family’s house as is, here’s what it looks like. 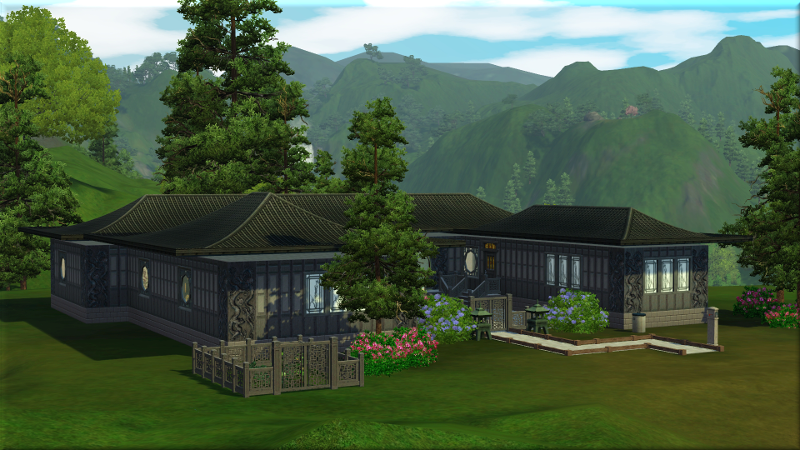 Sunset isn’t really something it’s worth thinking about when you’re building in this world. The western mountains are so tall that, unless you’re really high up, the sun will vanish before the sky even starts to change colour.

Sunrise is better. It can be seen as over the eastern mountains, somewhere between The Temple of Heaven and the radio tower, depending on where on the map you are. From 10 South Ancestor Hills the view will be blocked, but the other three beautiful vista lots are all fine. Here it is from 200 South Shangla Hills.