A thin layer of snow coats the ground as Fabyan Cecil rides up to his father’s manor. 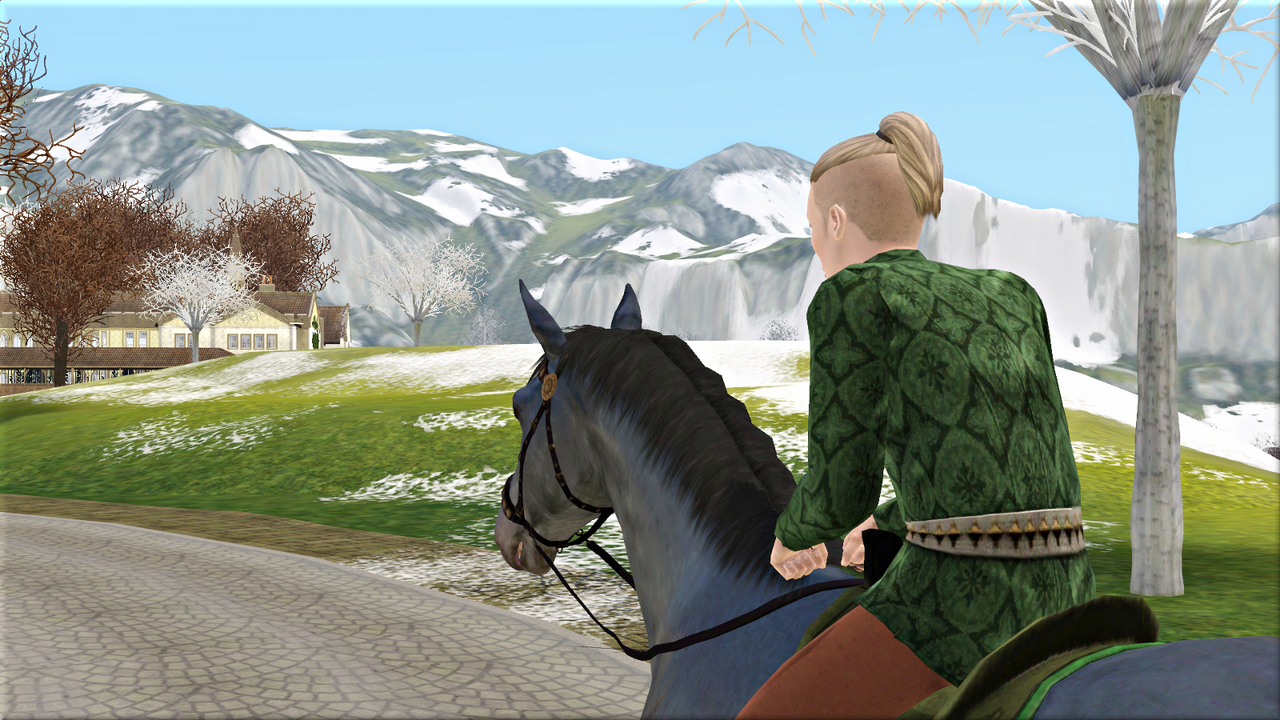 It has been almost a year since he was sent away to serve the Bishop of Crafthole. He is not looking forward to seeing his family again. His elder brother Roger will be irritable and oafish, and will taunt Fabyan with everything that he, their father’s first born, will one day inherit. Their father himself will be playing the generous host, showing more affection to the sons of the lesser gentry than to his own blood. He will have read Fabyan’s letters to him, but will not be pleased by anything in them. 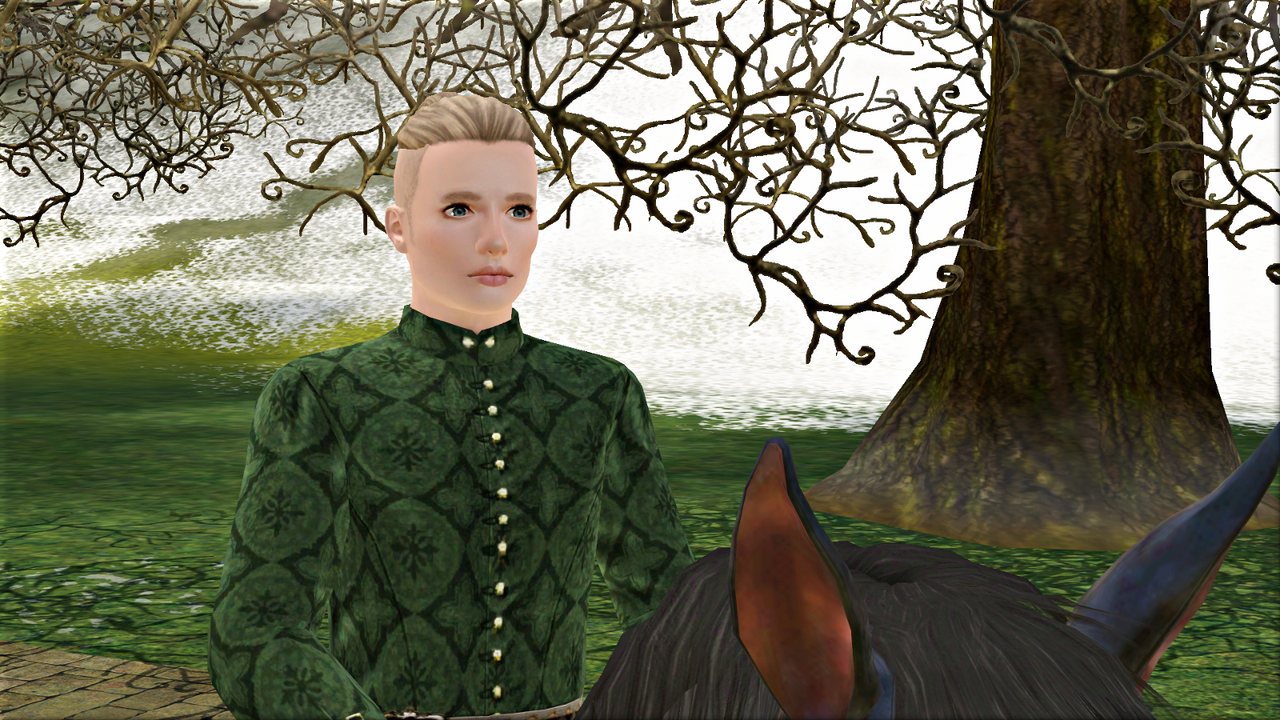 Fabyan’s eldest sister Aldiytha will be even worse: impertinent, frivolous, and hopelessly naive. His youngest, if her time at the convent has not improved her, will be sentimental and annoyingly sincere. Fabyan hardly knows their half-sister Basilie or either of Roger’s two sons, but he expects no better of them.

In fact, the only person from Plumbob Hall that Fabyan can really stand is his second sister Linyeve. She is serious-minded like him, and always seemed to show a proper respect for rank.

It is to attend Linyeve’s wedding that he is riding home, or so he told his master. What he actually wants is a favour from his father. The bishop is soon to begin writing a biography of  his majesty’s uncle, the late Archbishop of Yacothia. Fabyan wants to ensure he has a central role in its composition, and that he accompanies his master to court to present the finished work to the king. His father could help with this; write to the bishop; call in old favours—whatever it takes.

The evensong bell has not yet rung when Fabyan arrives at Plumbob Hall. An usher leads him into the great hall, where he finds his lordship drinking with old Sir Thomas. Roger is with them, and Aldiytha too, home from Burdley, and lapping up all of their father’s attention. 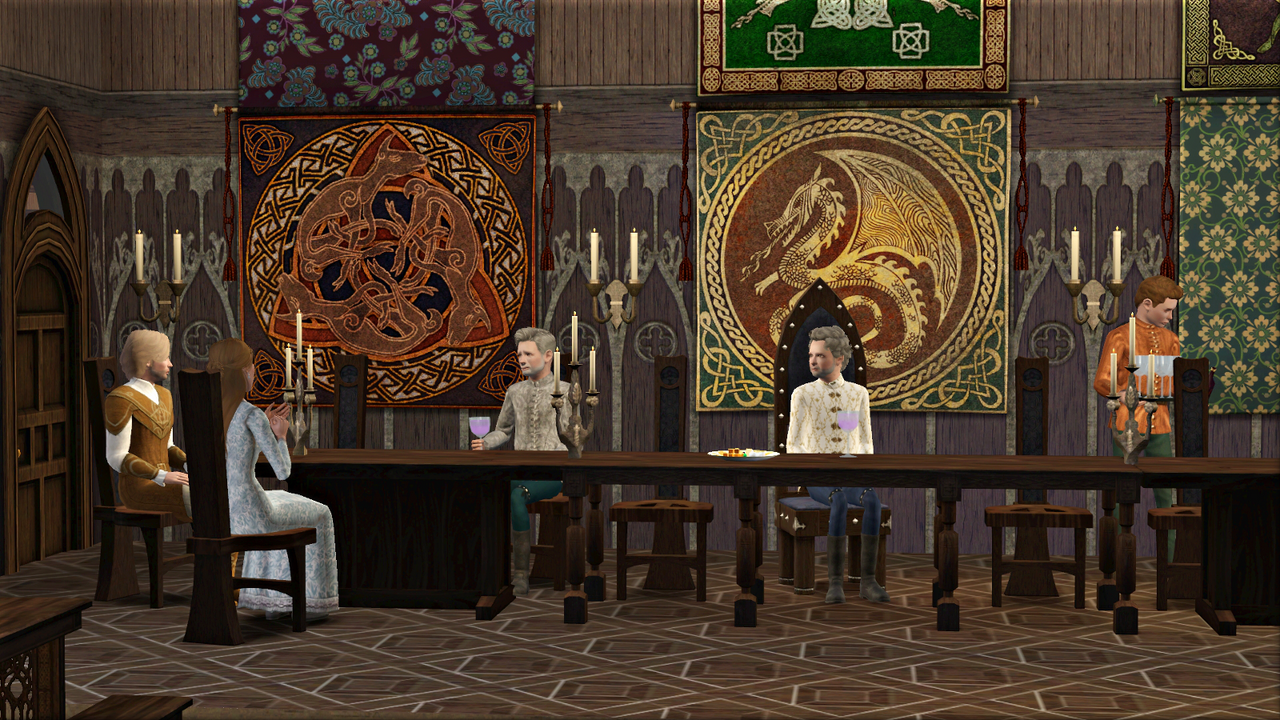 He hates that she outranks him, that all his sisters do, at least until they are wed to lesser men. Second sons are in some ways not worth even so much as girls. And since his brother is now a father twice over, a second son is all Fabyan will ever be in Snordwich. He must get to Advorton, ingratiate himself with his majesty’s inner circle, make them depend on him for council, be elected lord bishop one day. This biography is key to it all. 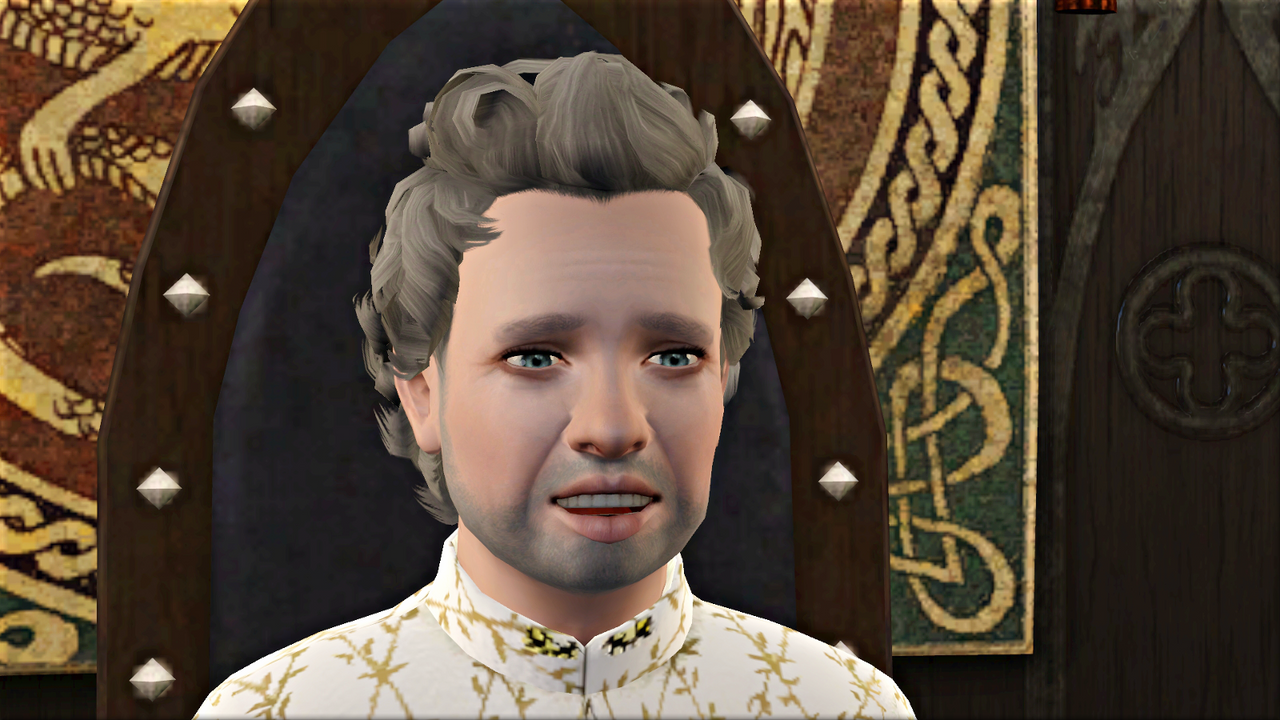 Roger greets him next, barely concealing his dislike. 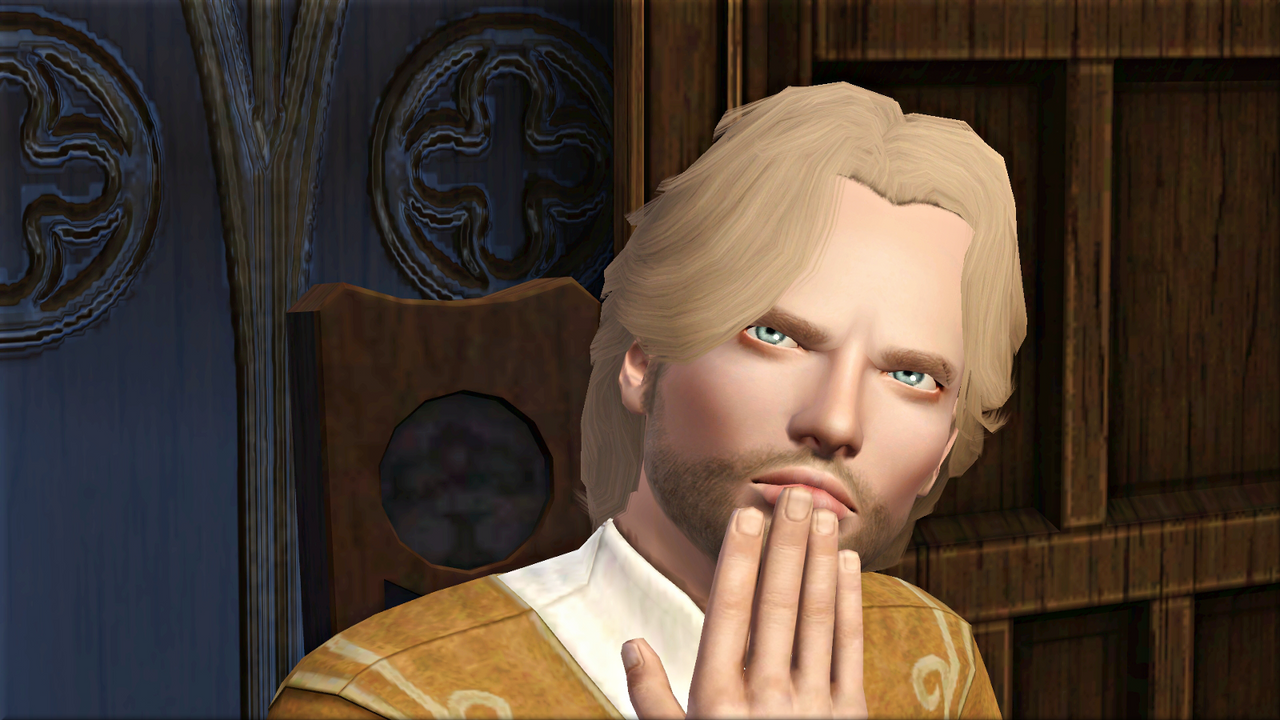 Then Aelfgiva, with laughter in her voice. 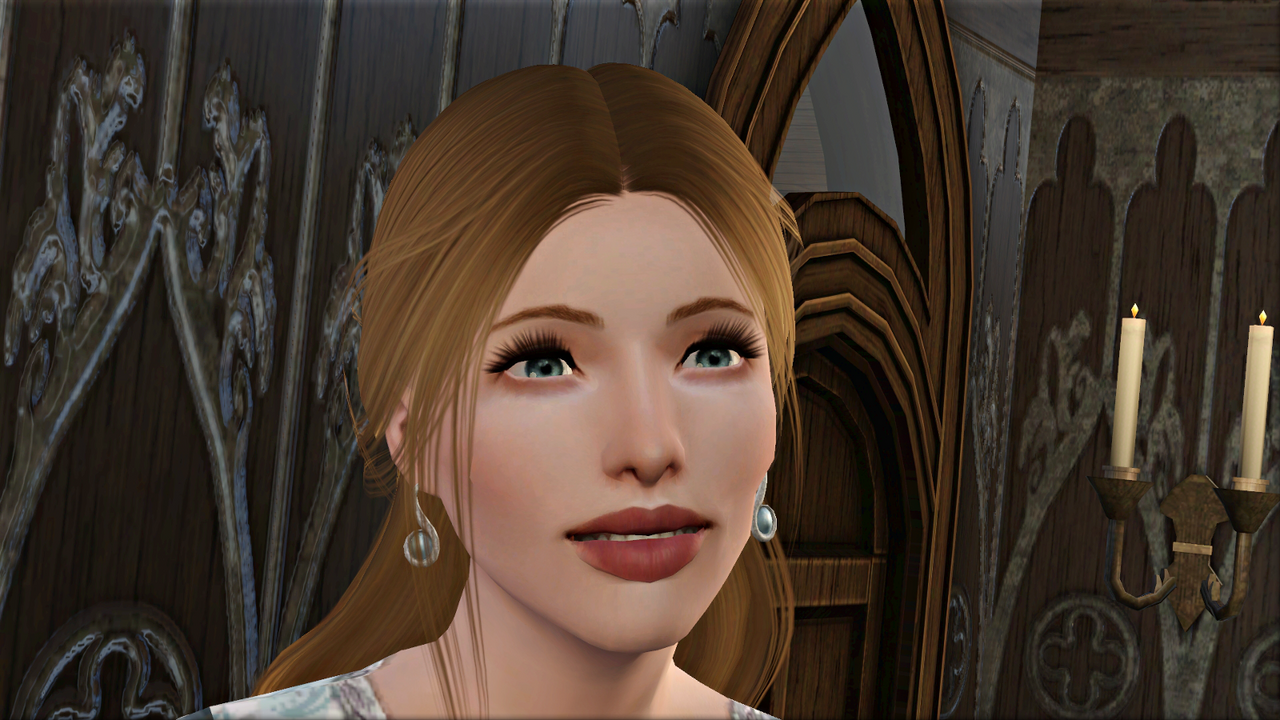 Linyeve and Geva are already here, their father says. They are in the great chamber, being fitted for new gowns.

He sends his page to fetch them. Fabyan looks him up and down as he leaves. The boy’s father was old Clerinell, master of a manor here in Snordwich but no nobleman. Fabyan pays him no further heed. 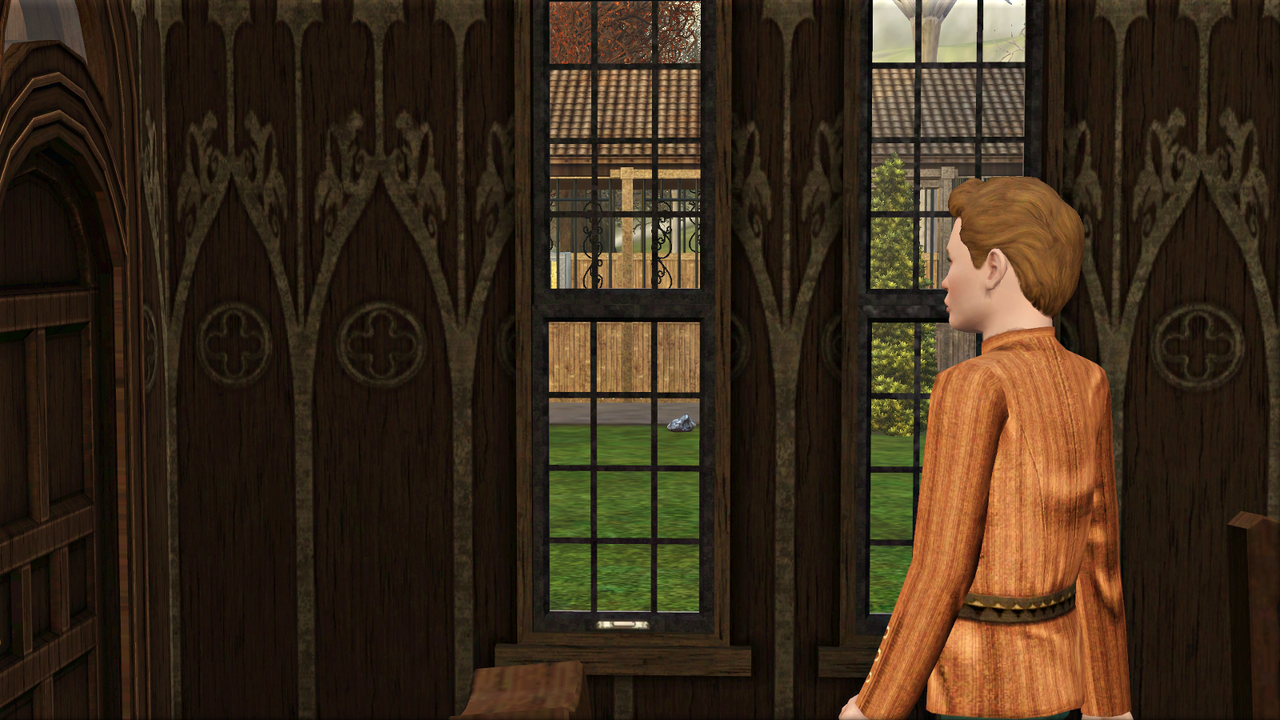 He is glad to see his sisters looking presentable when they finally appear. Linyeve asks him all about his time in the bishop’s household. 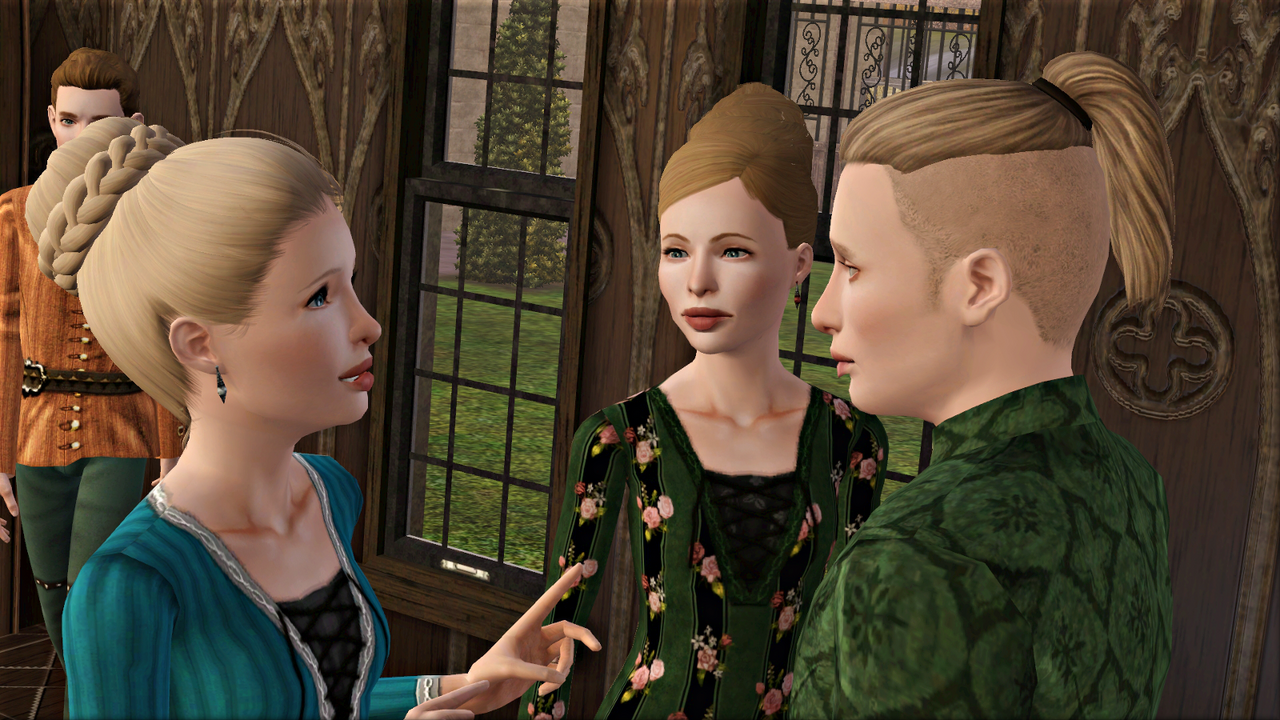 It is not long until the bell calls them to prayer. Plumbob Hall has a new chaplain, Ansellus Le Roux. Ansellus was a university companion of Roger and Fabyan, and a favourite of all the masters there. 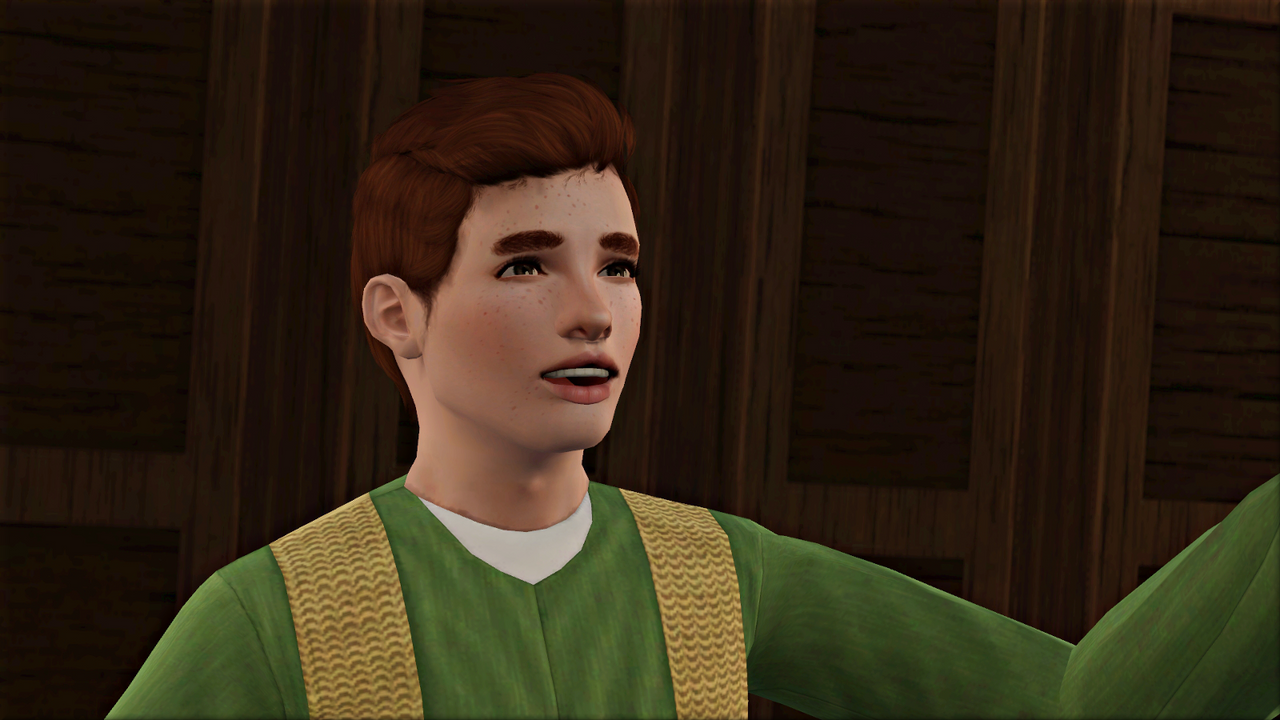 Fabyan never thought much of Le Roux’s supposed brilliance, but his ears do prick up when he hears that today’s sermon is all about the virtues of hope and courage—themes quite fitting for the final day of winter, Fabyan thinks, and not irrelevant to his own situation. For once, he will not be afraid of his father; he will demand the assistance he requires: at last, he will get the recognition he deserves.

At suppertime, his lordship invites John Ros, Linyeve’s betrothed, to sit by his side. 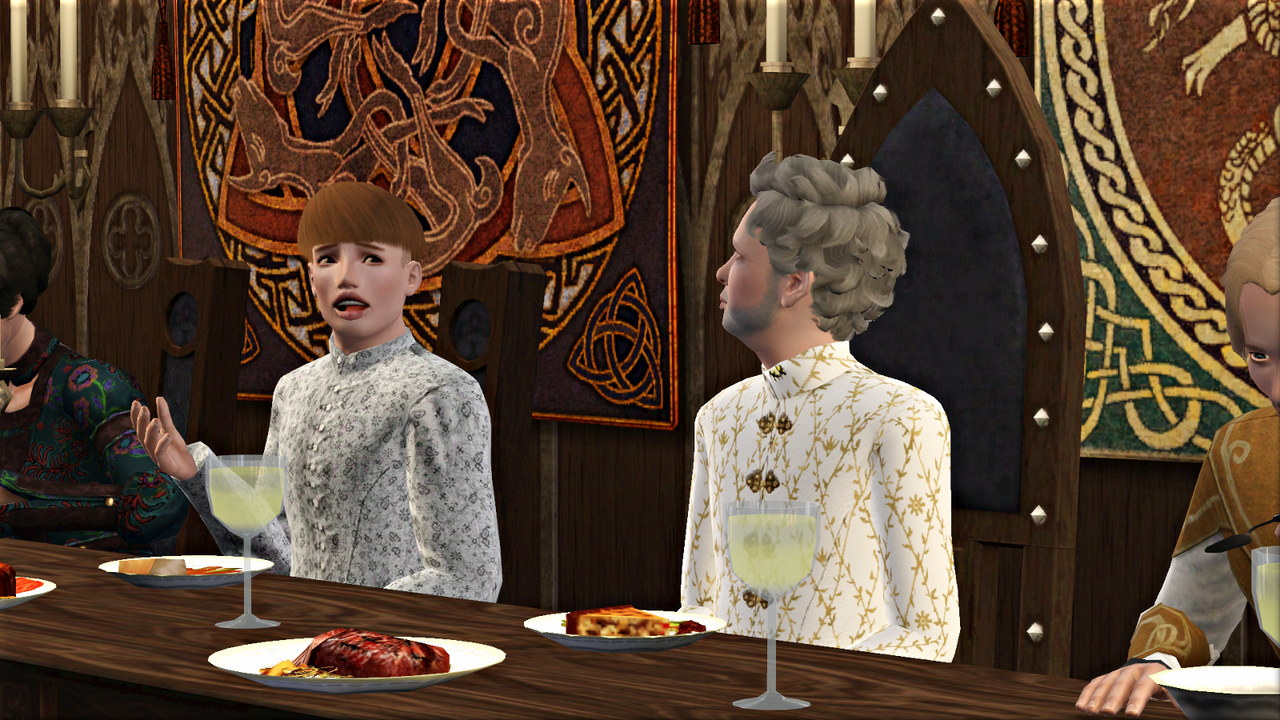 Fabyan remembers his old dislike of the young squire, so guileless as he is, so pleasant, so stupidly impressed by every little thing. 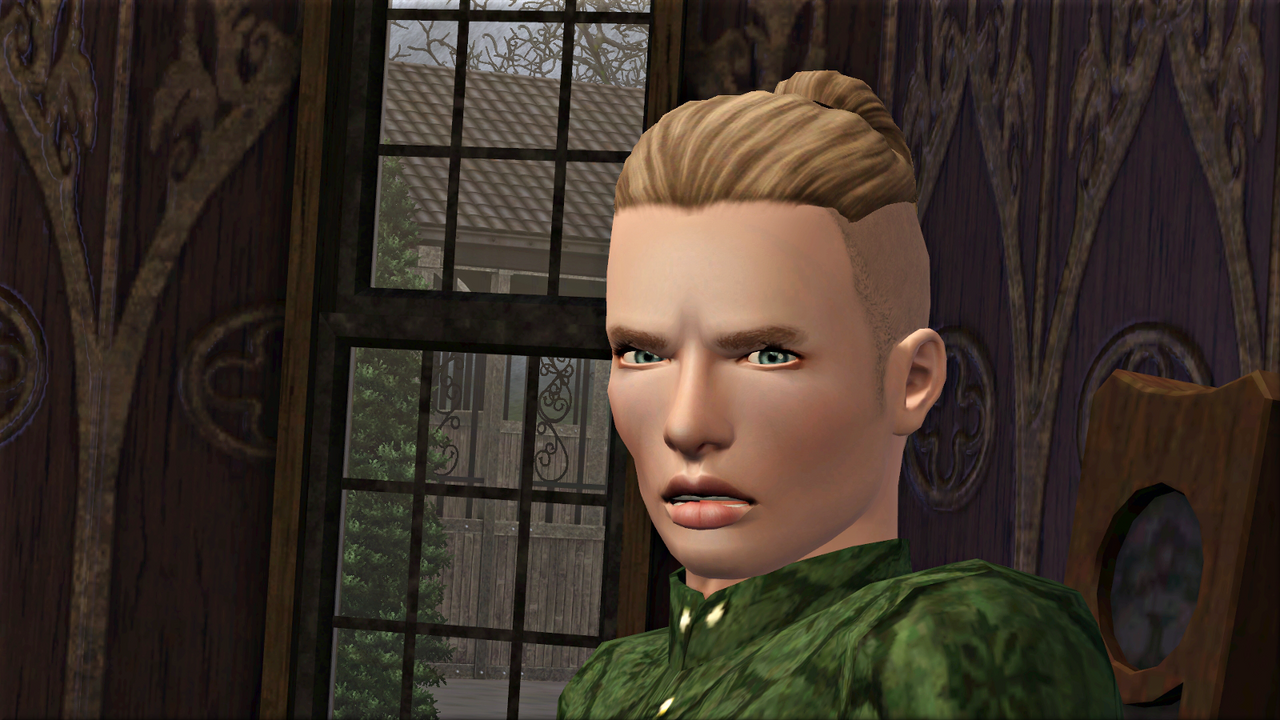 His father seems to like him, though, and Linyeve too. When he sings her a love song, the girls all listen in wrapped admiration. 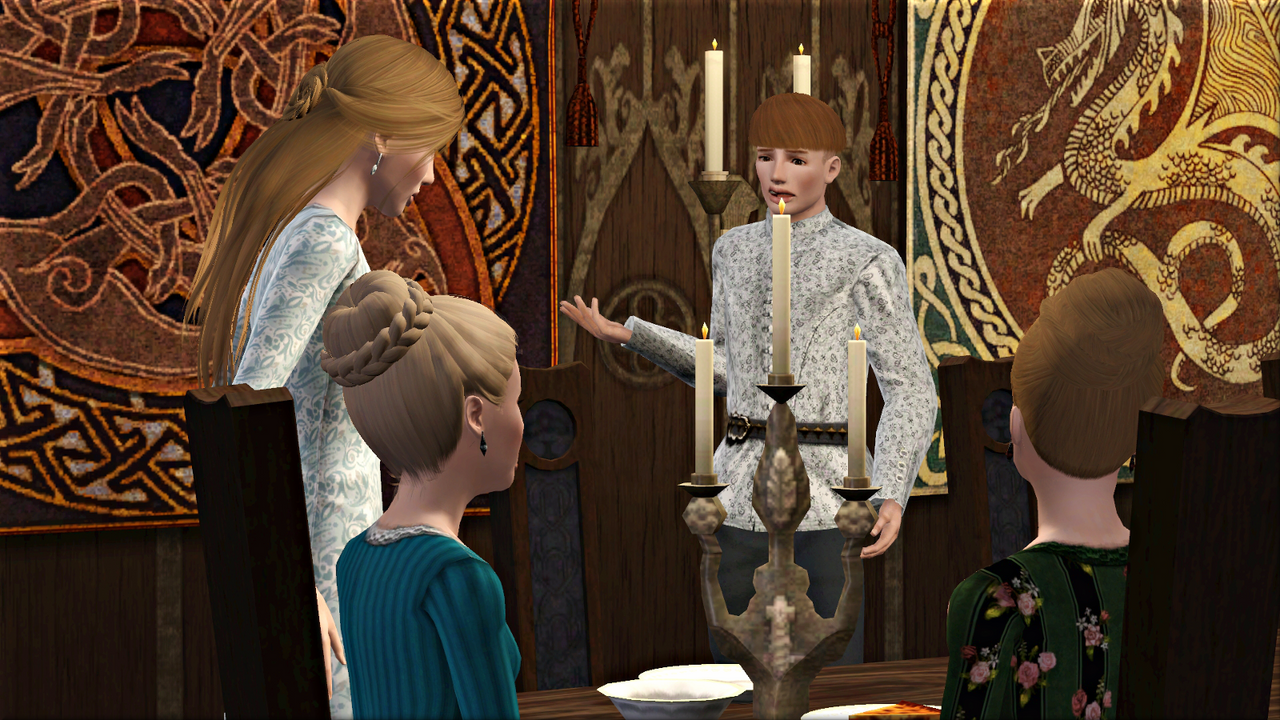 When they have all retired to bed, Fabyan makes his way back to the chapel. Le Roux is up late too, getting everything ready for the Feast of the Candles. He asks if Fabyan seeks council, but Fabyan gives him a haughty look, and replies that his faith is best served alone. 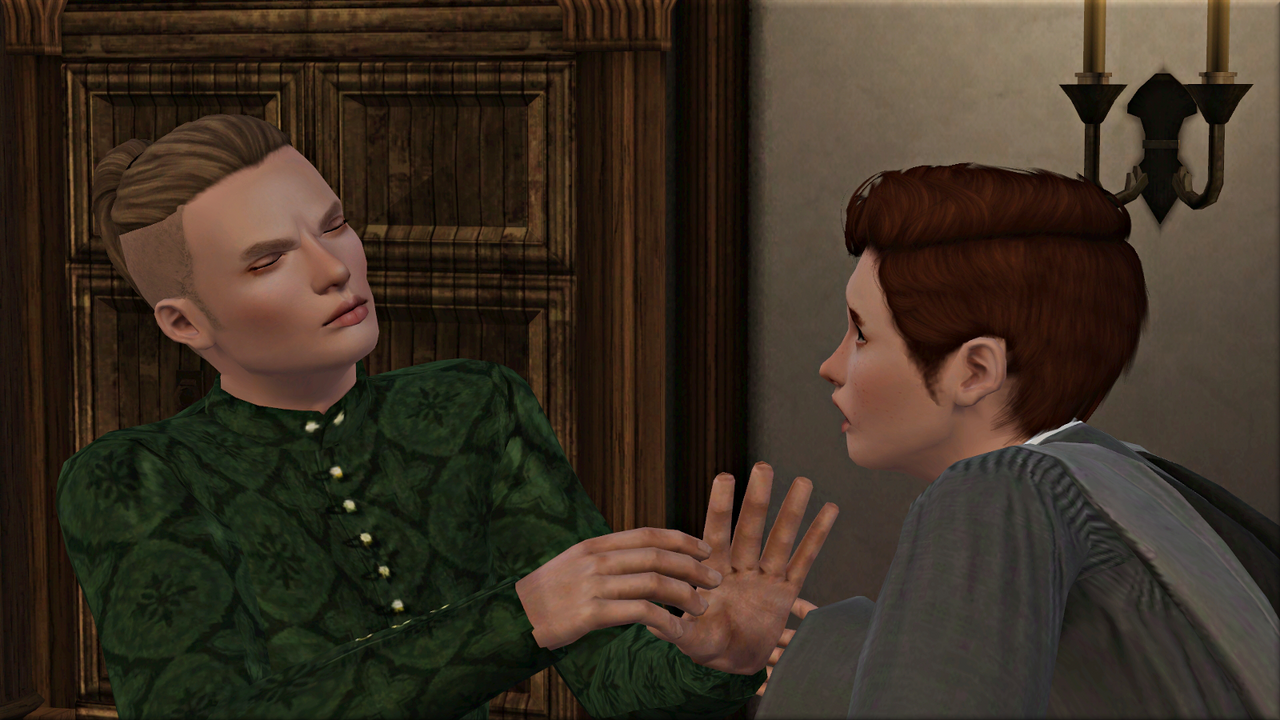 He keeps a vigil that night, lighting candles and praying for the Watcher to aid him in his purpose.

At daybreak, Linyeve finds him there. She has come to make confession before she speaks her marriage vows. 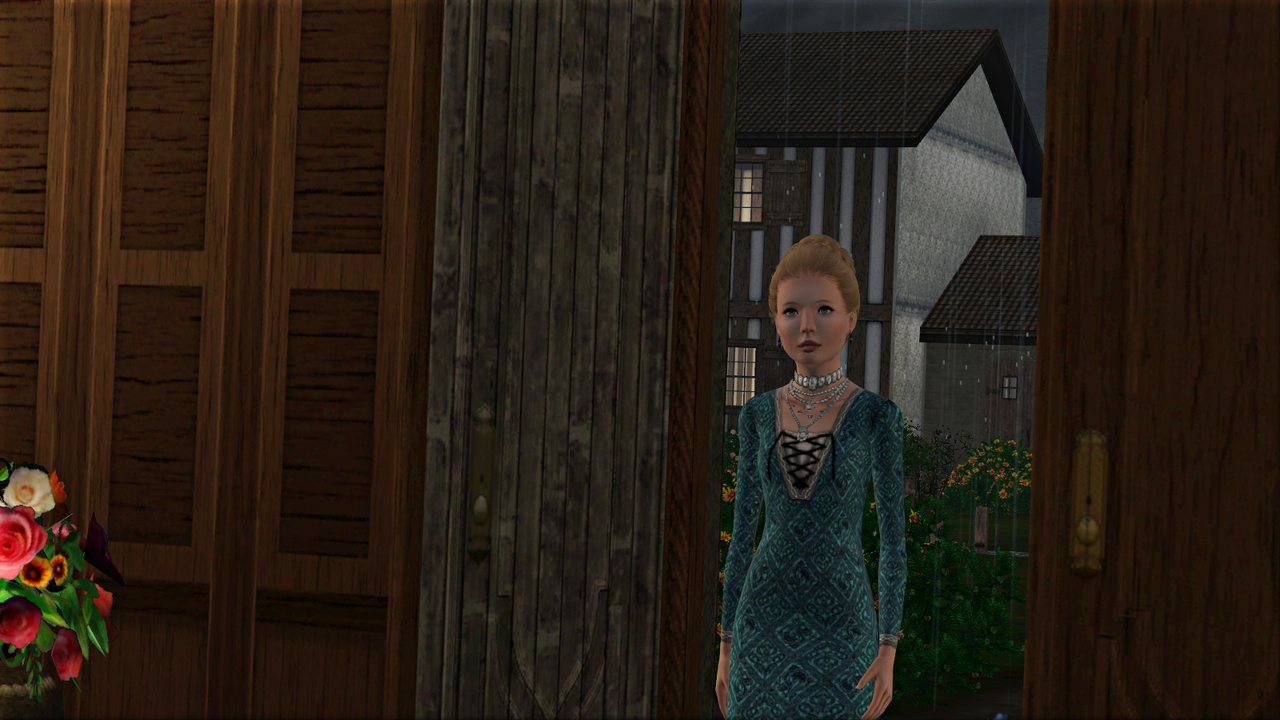 When she is done with the chaplain, she asks Fabyan to walk with her. It is wet out, but not too cold. They stand and watch the rain from the cloisters for a while. 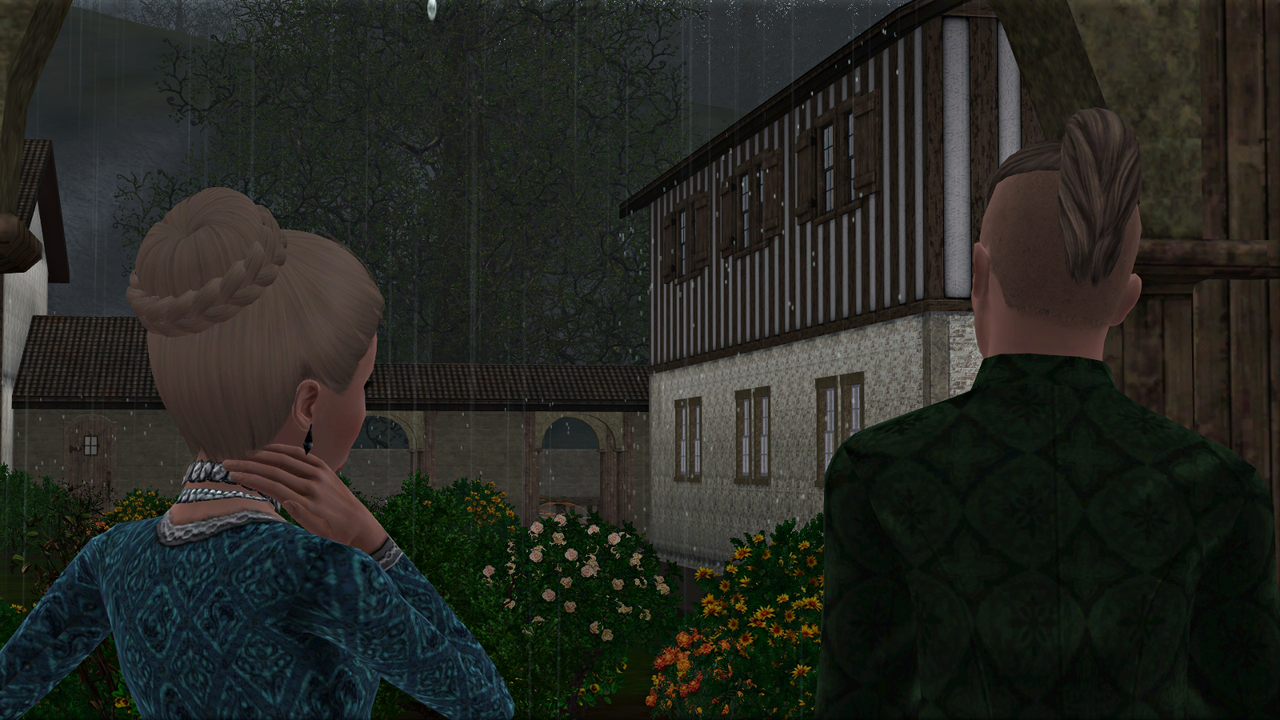 John has a good heart, Linyeve says at last. He is devoted to their father, and, she hopes, to her. She wishes that Fabyan could see that. 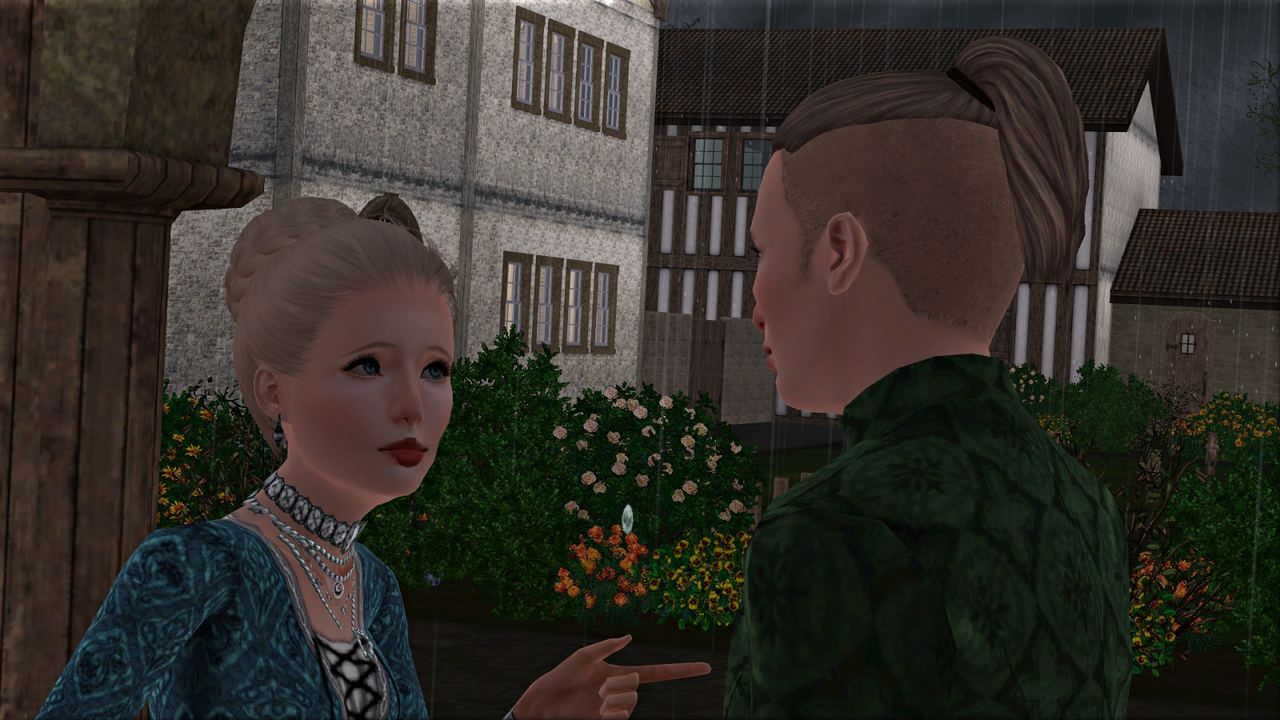 Fabyan reminds of what she used to say when they were little, that she wanted to be a countess one day, like Lady Effenmont. 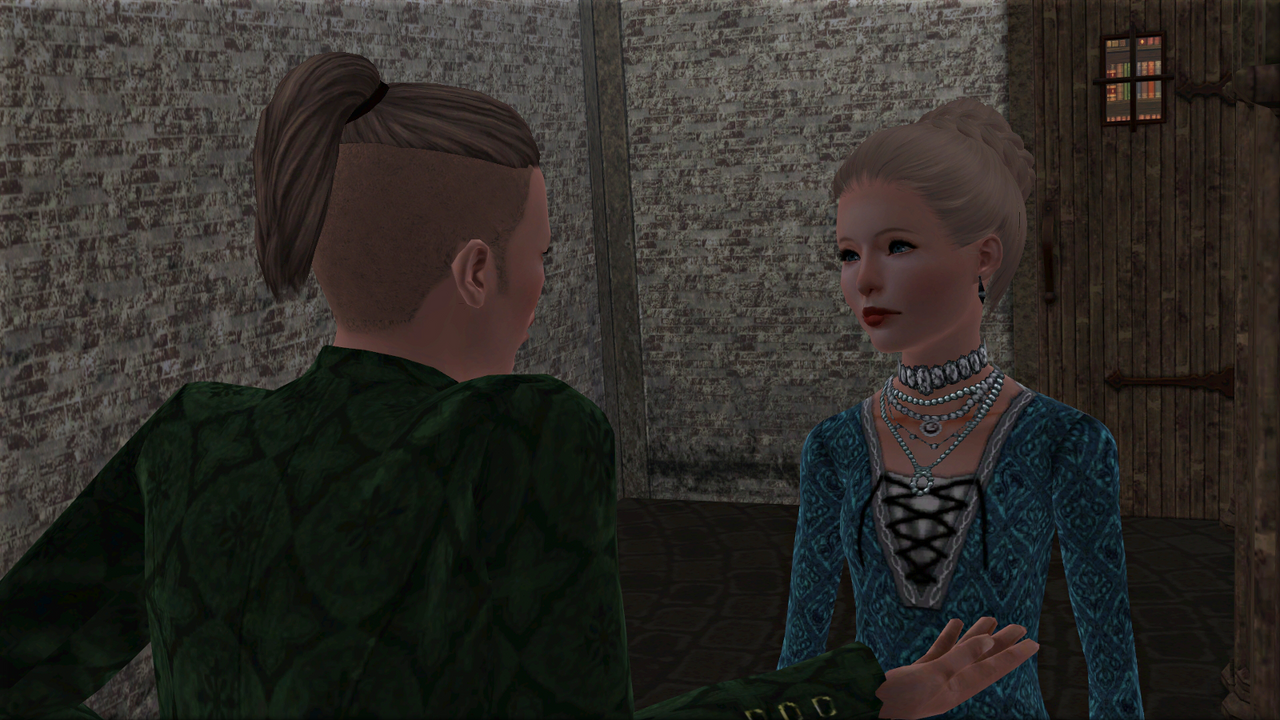 That was a childish fancy, she tells him softly. These are the partners their father has chosen for them: an earl’s cousin for Roger, a baron’s son for Geva, and, for her, the son of  a valiant Snordwich knight. There is no shame in that, or in the Ros name. She wants great things not for herself, but for her family, and that includes John too now. Their sons will have among their uncles two barons’ heirs, and, she says squeezing Fabyan’s hand, perhaps one day a lord bishop too.

It pacifies him a little, to hear his hopes for his own future echoed back to him. 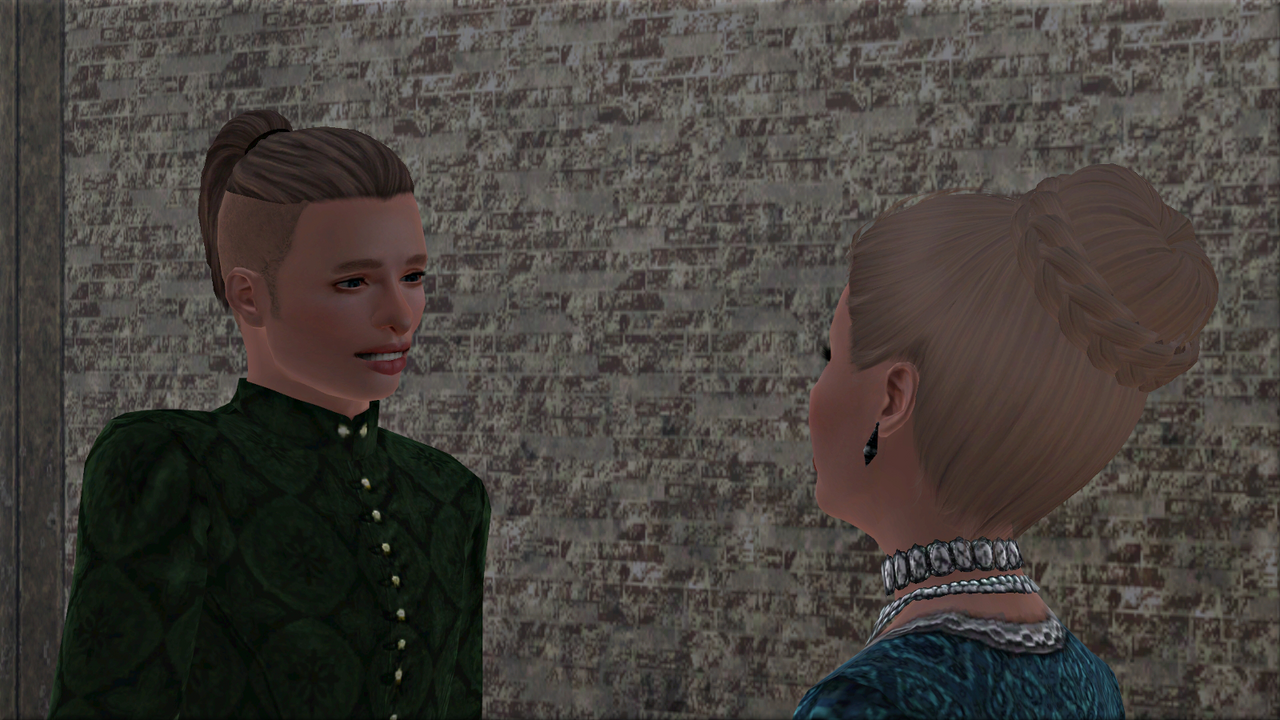 The wedding goes ahead, of course. Another couple stands up with them to make their vows, young Grancourt and one of the Clerinell girls—Fabyan is not really listening, and can never tell the sisters apart. 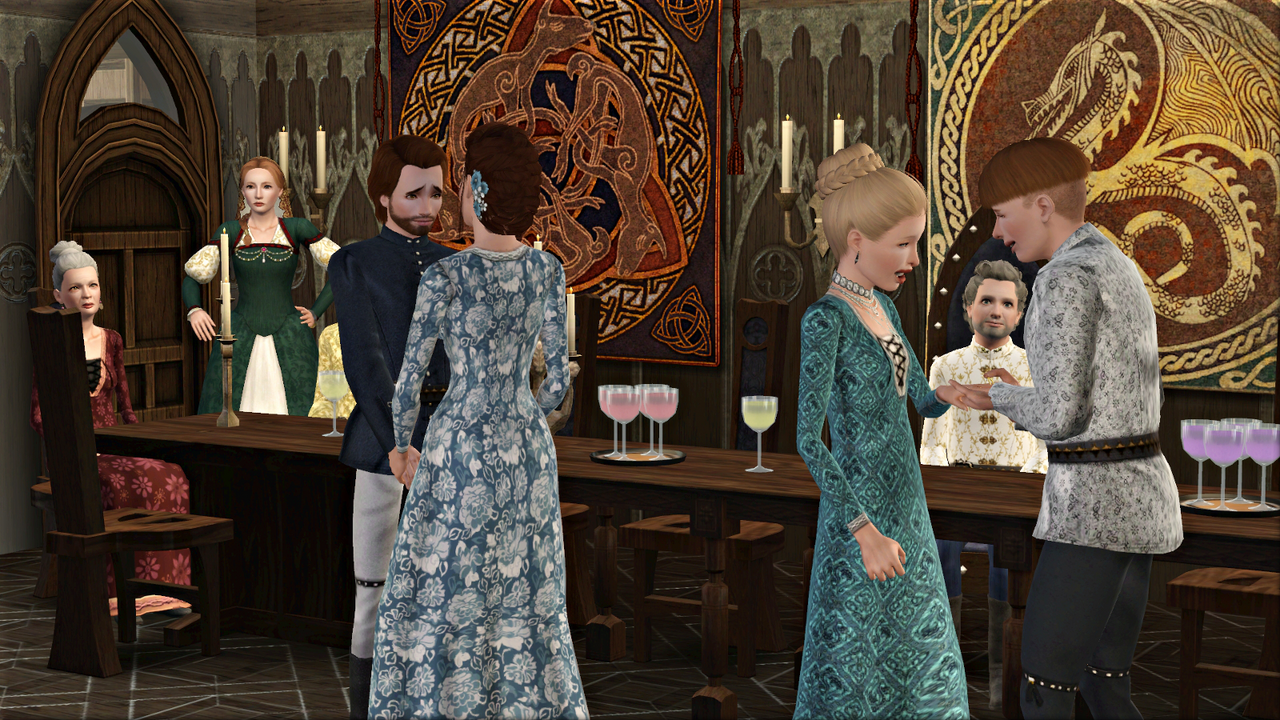 For lunch, he is seated with the other single men: his step-brother Brice Saisset, Lord Burdley’s brother John Postel, and Lord Effenmont’s cousin Sir Jacquemon Howard. 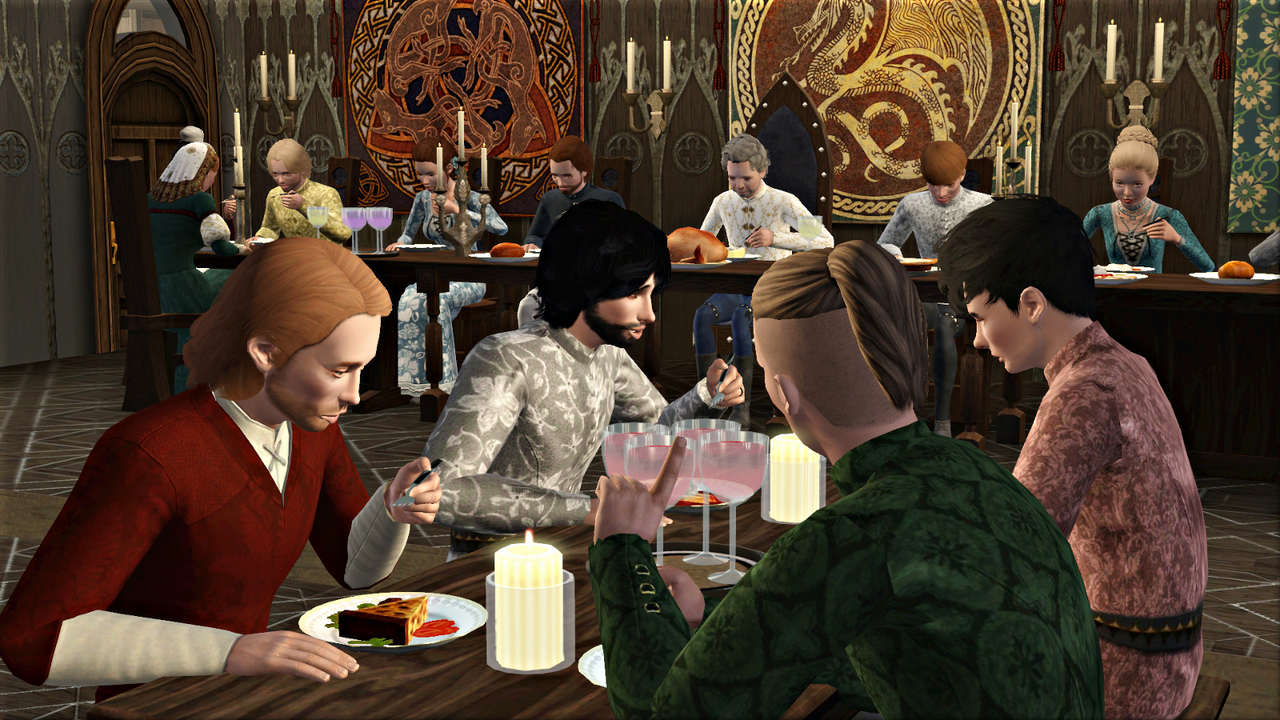 Postel drinks too much. Between courses, he breaks into lively song. 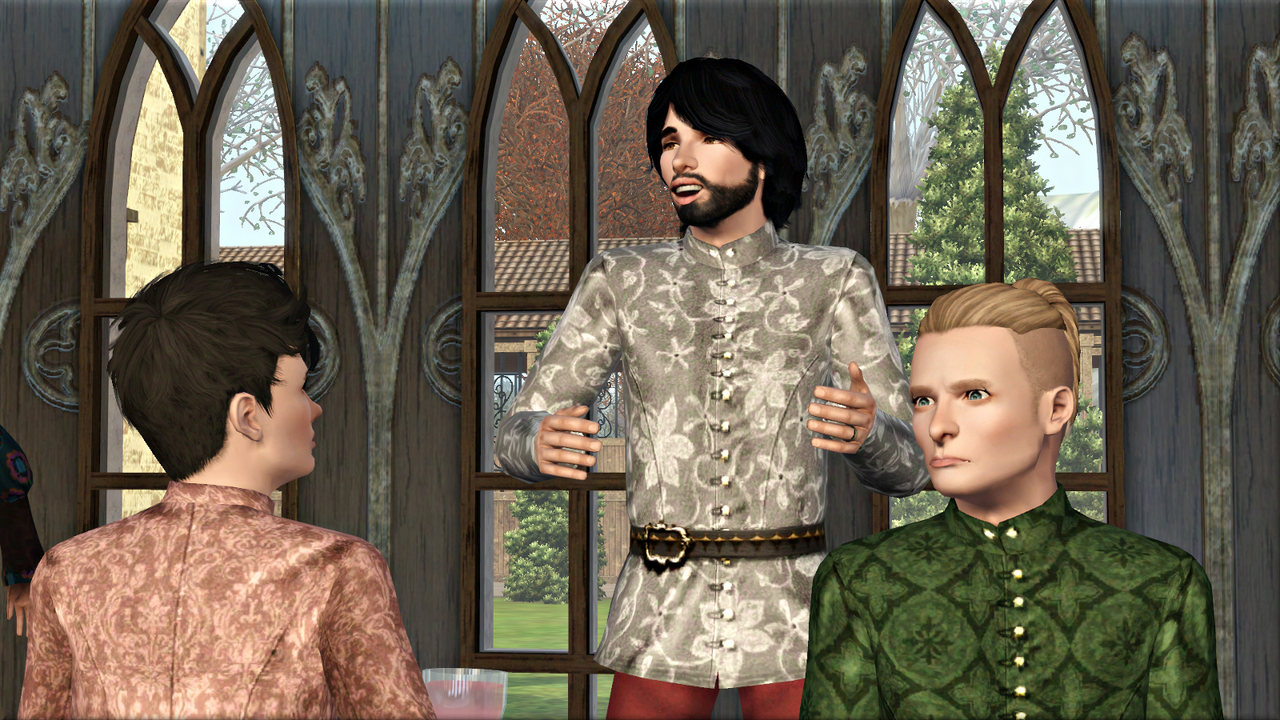 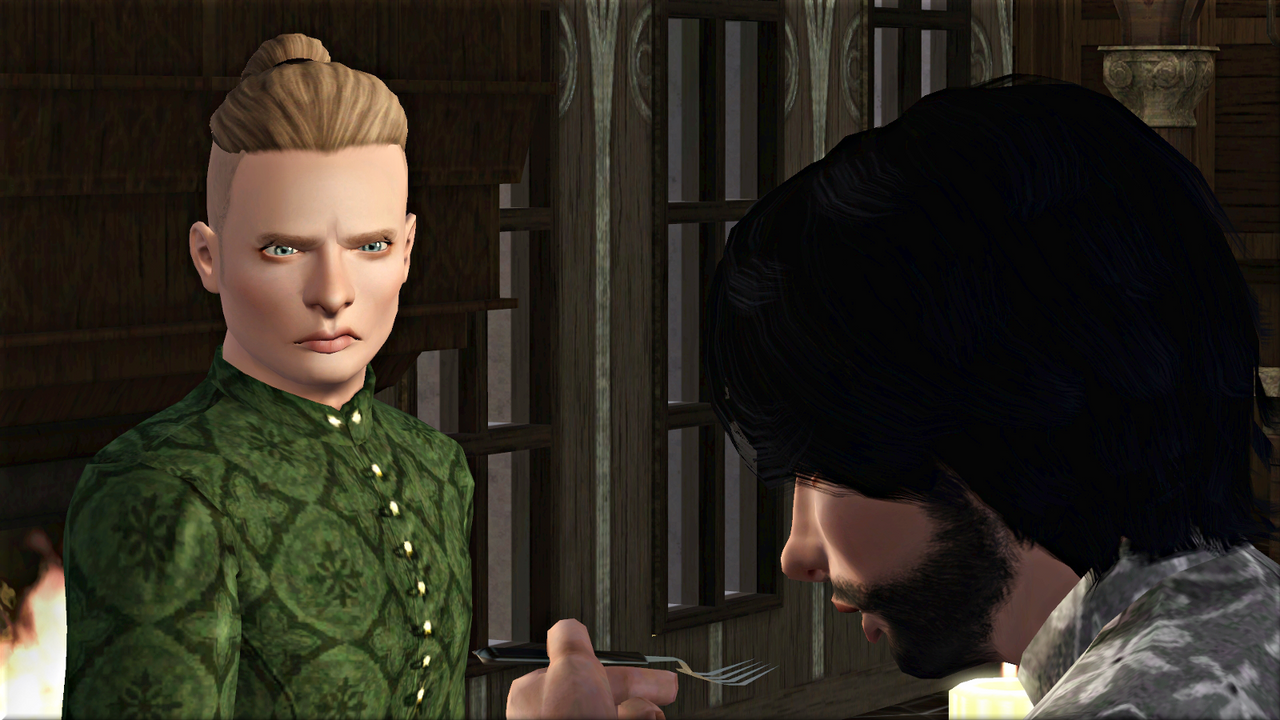 At the table next to Fabyan’s, Marian Le Roux sits with her husband Sir Vincent and their neighbours Sir Simon and Hileth Bonel. 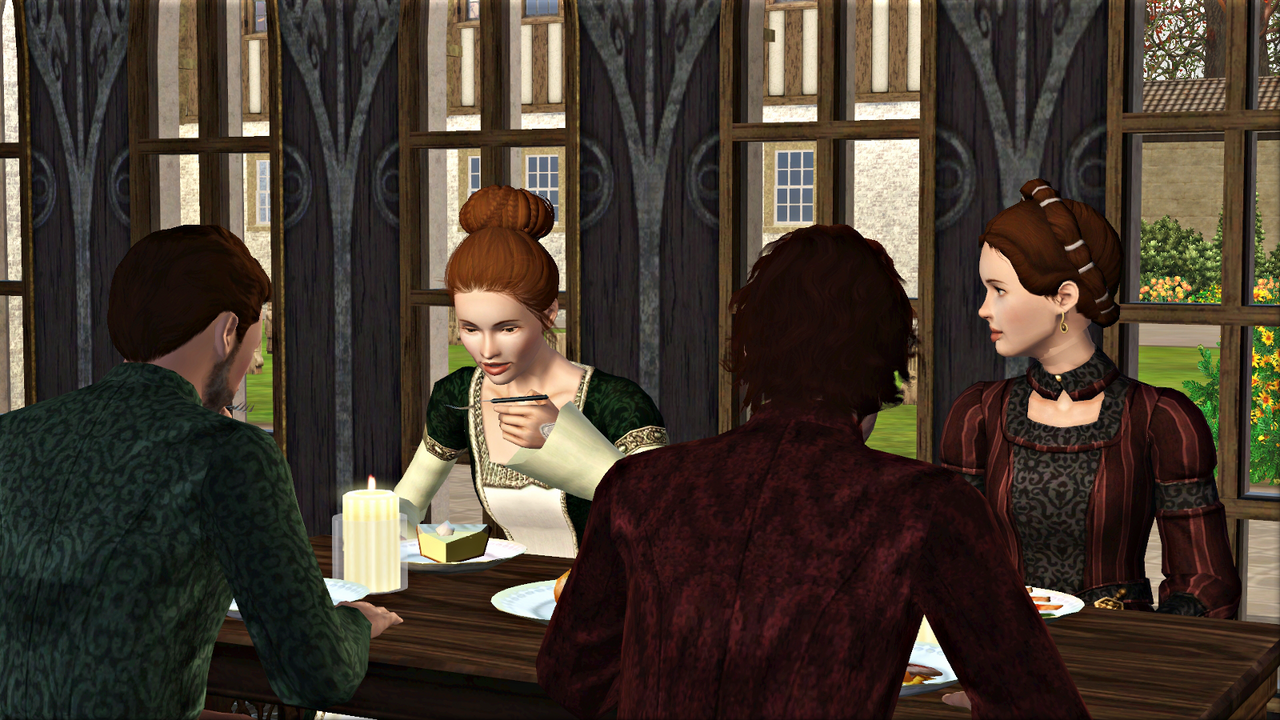 They were all wed on this very day last year. It was frightening at first—getting married to a man she barely knew, moving to a different part of Snordwich. Marian was homesick for Plumbob Hall, and Hileth missed her friends and family. But having another woman close by, and being able to share the experience with her, was a great comfort to them both.

Marian looks up at her brother John, happy to see the attention he is receiving from his lordship. 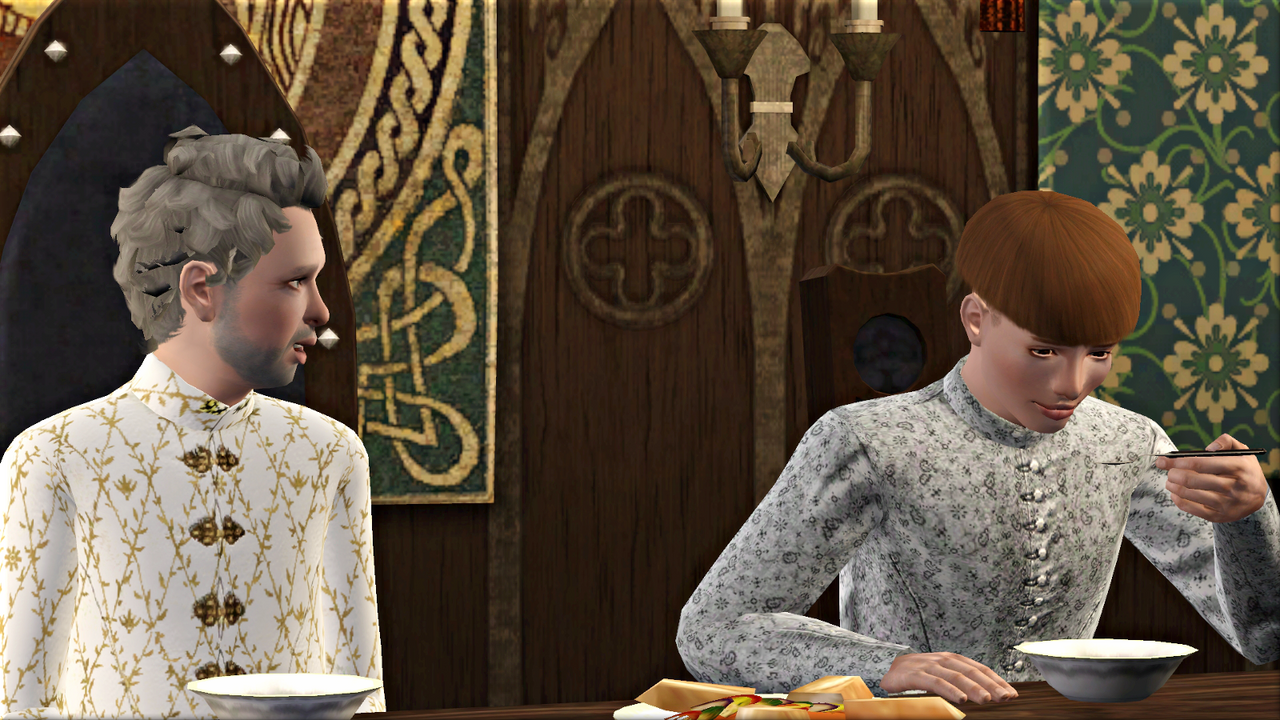 The next day, John tells her he besotted with his bride. When he gets his knighthood next year, he will take her to live with their parents at the family manor. He is already picking out baby names. Thomas for a boy, he thinks, after their father, and, if it pleases his lordship, Rohesia for a girl, after Linyeve’s late mother. 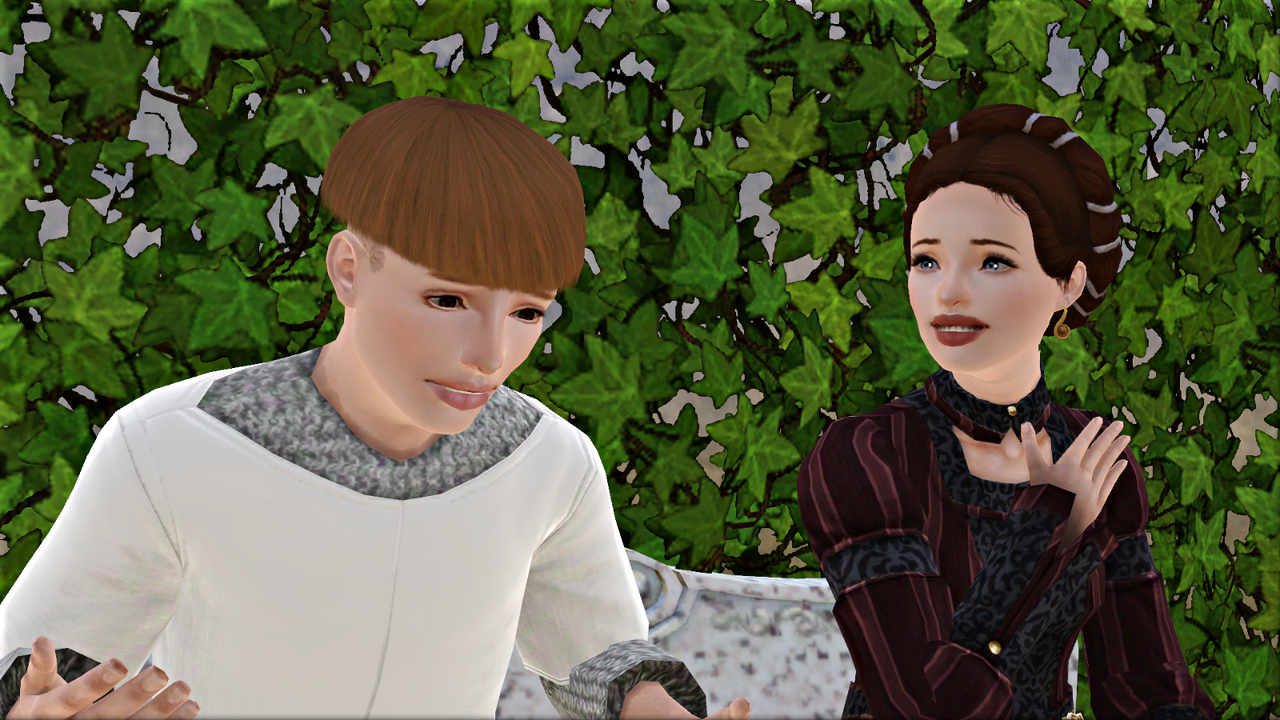 Thoughts of Rohesia Cecil still weigh heavy on Marian. When she has a moment to herself, she visits her ladyship’s grave. 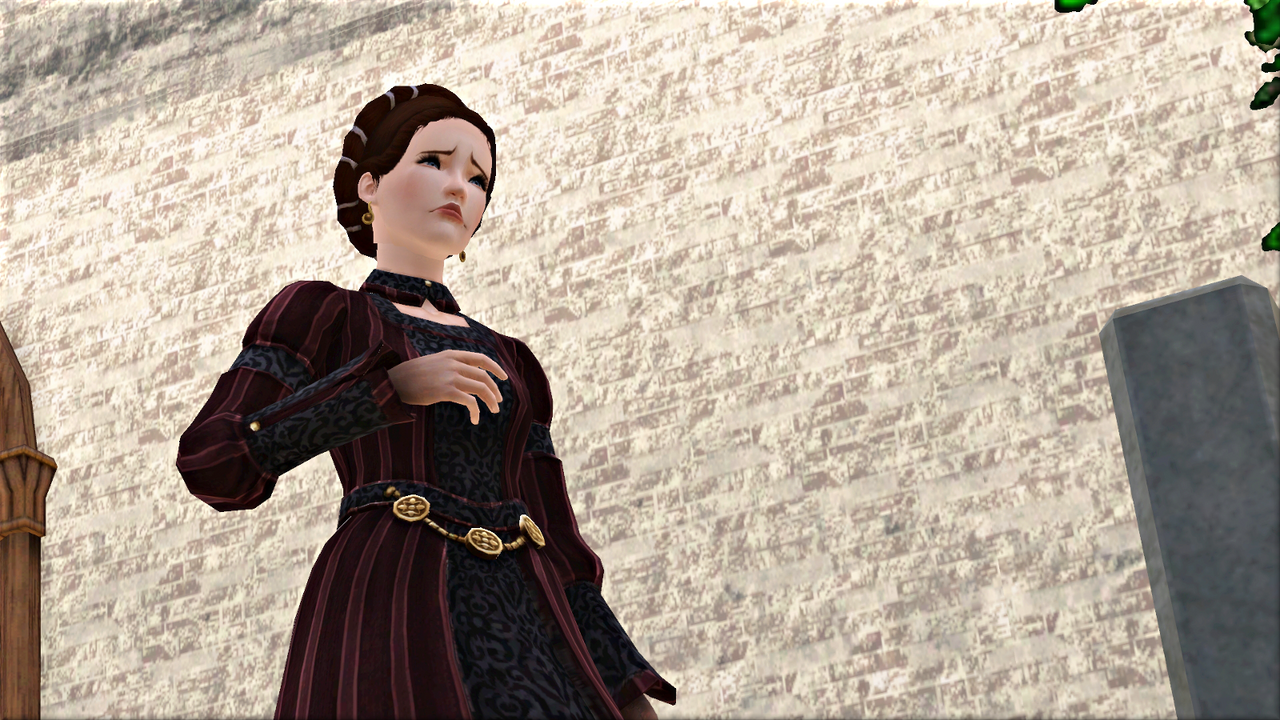 But although there are painful memories here, Marian is always glad to come home to Plumbob Hall. And she is delighted that her husband’s brother Anseullus is here now too. They talk at length about the books they have been reading. 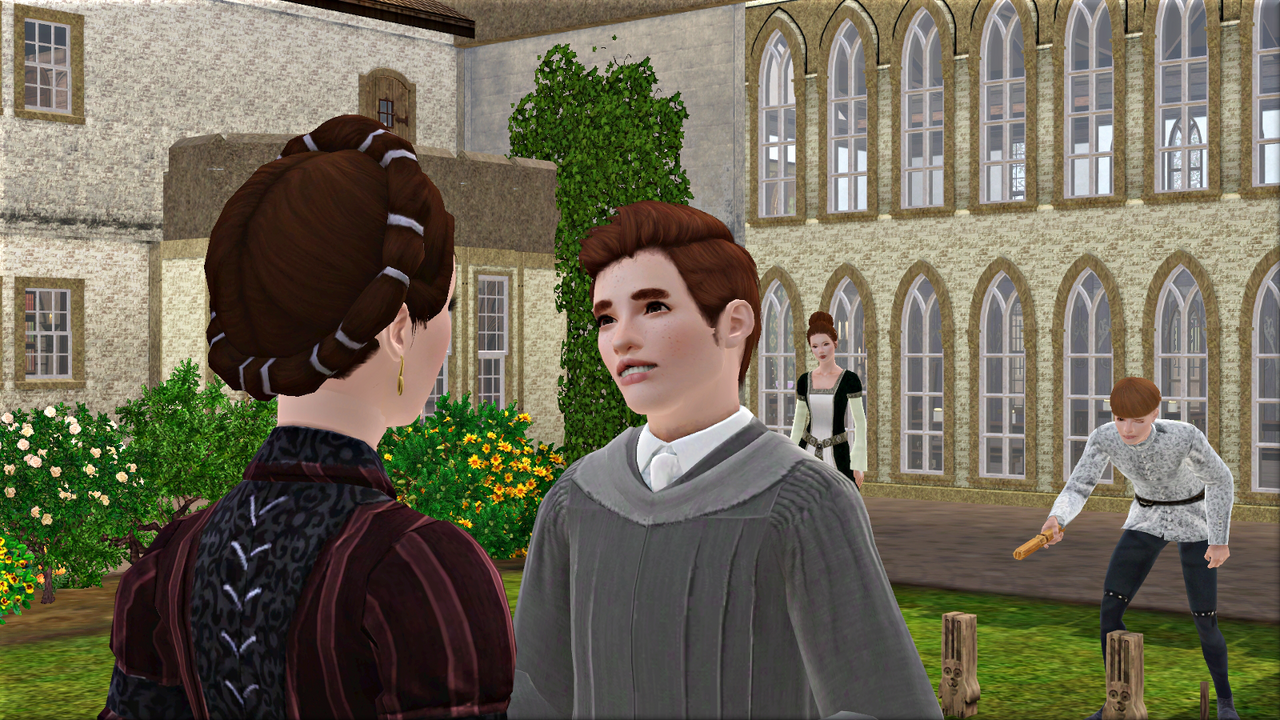 When she sits down with Mistress Matilda, she finds her cold at first. It is no wonder, Marian thinks: all alone, away from her family, with no dear friend to confide in, she has been forced to close herself off. But Marian knows how gently to bring down her defenses, to make her feel seen and valued, but not exposed. 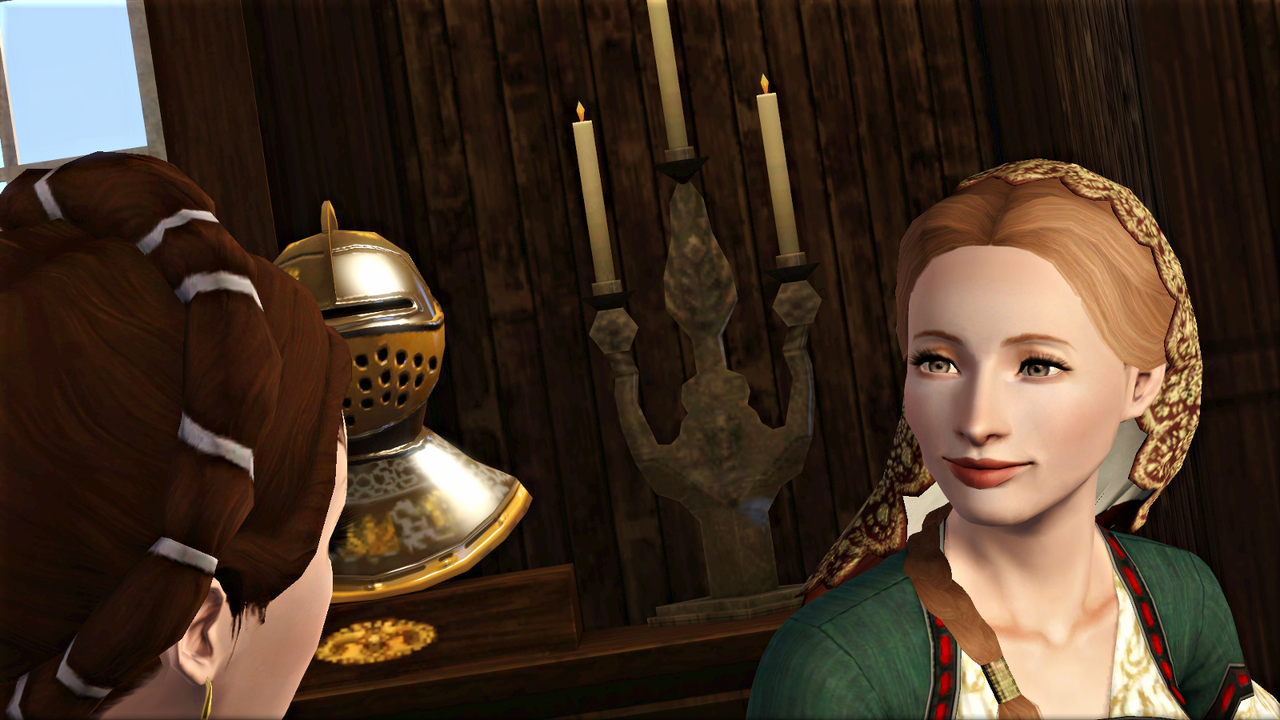 It is a special talent she has perfected over the years, worked at as purposefully as her sewing or her dancing, or the management of her hot temper.

The only person it has no effect upon is her husband. He is never unkind to her, never even raises his voice in anger. He gives her everything she needs to run his household and to look after their two boys, Daniel and Clement. But he is always so distant. There is something she can’t break past.

As she watches him shoot against Sir Simon, she wishes she could read his thoughts. 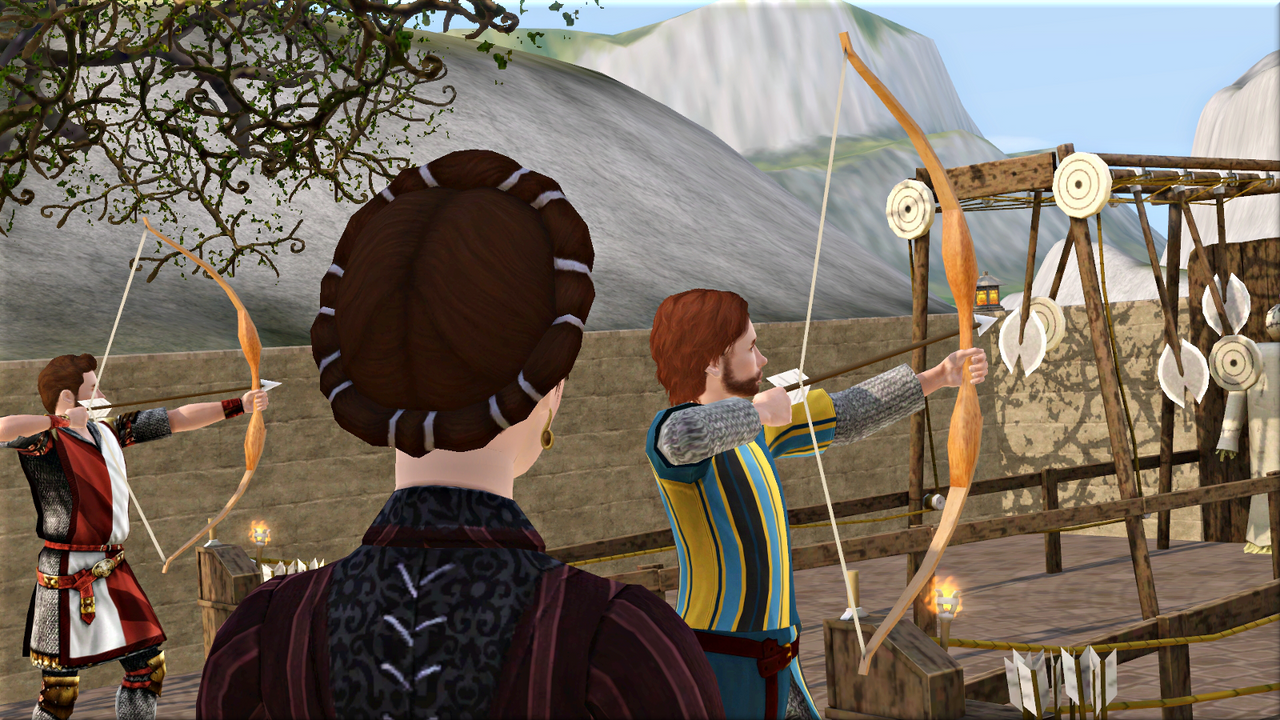 He wins the match, of course. Marian has never seen come in second place at anything. 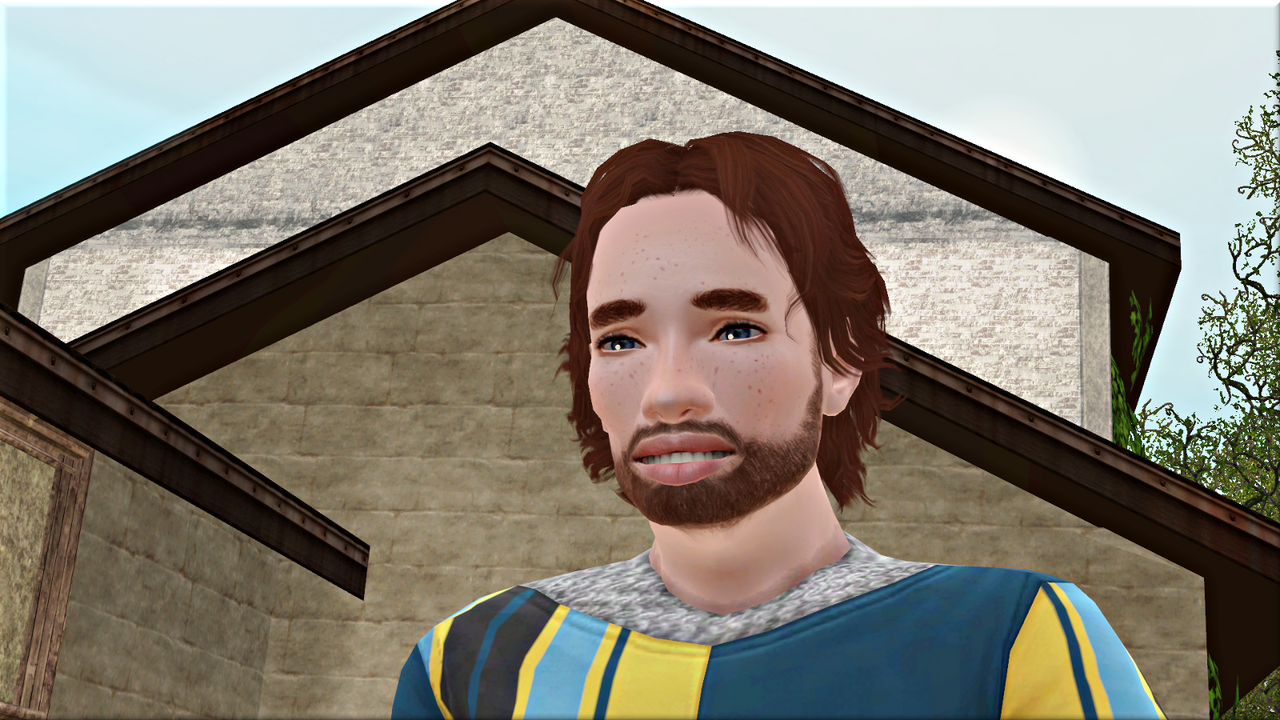 She wonders if that is the problem, that there is nothing for her to help him with, that he is, in a sense, already perfect. That he does not need her.