He grabbed a 1 simoleon cookie from the market then headed over to my South Shang Simla Park for a bath and day of sparring. 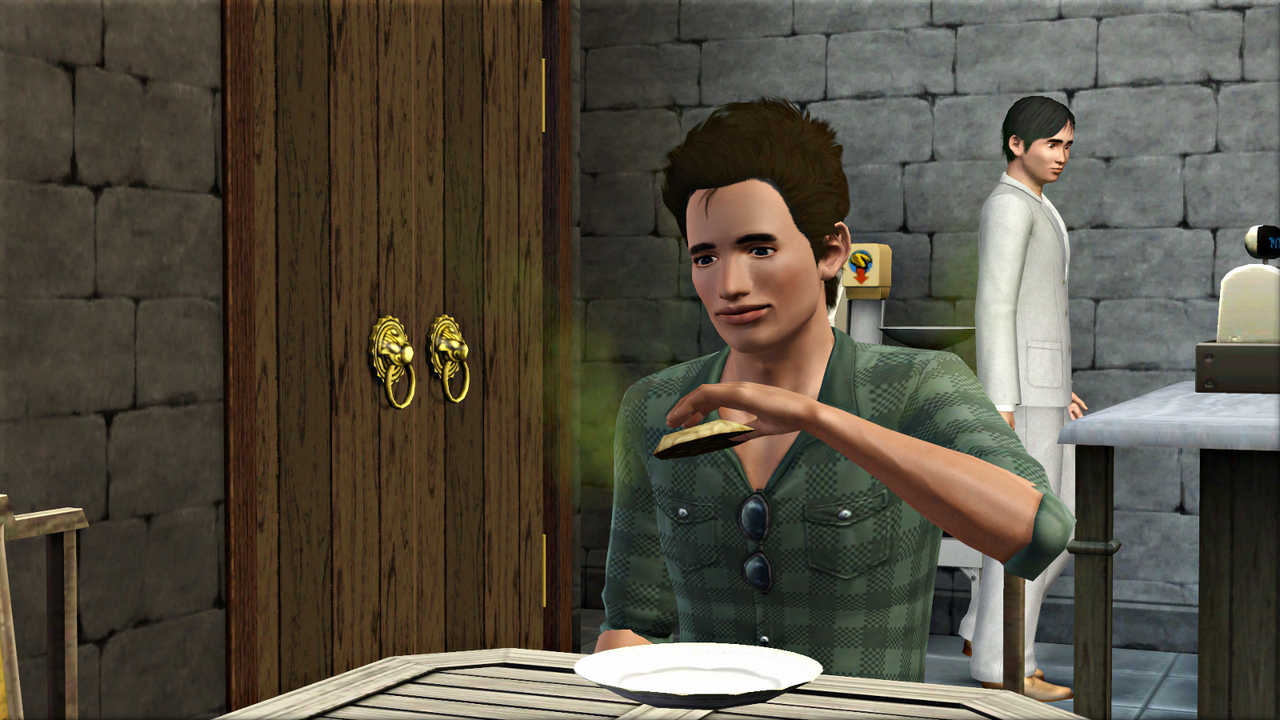 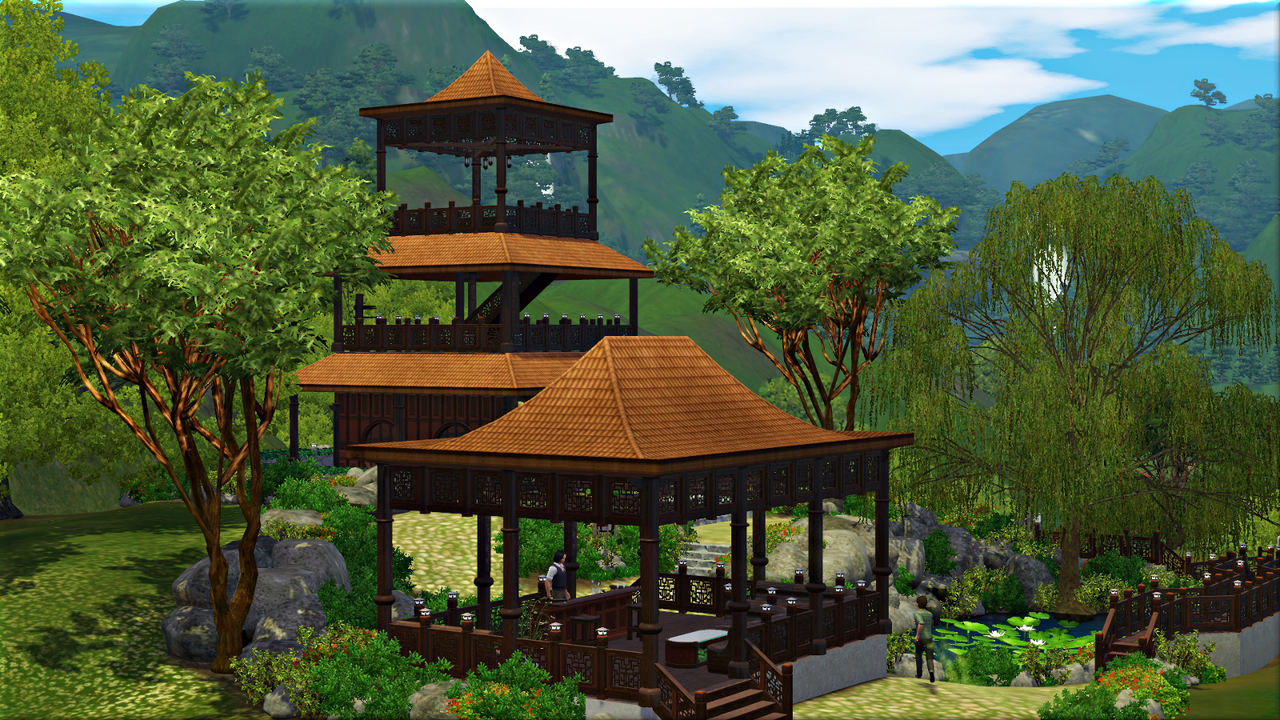 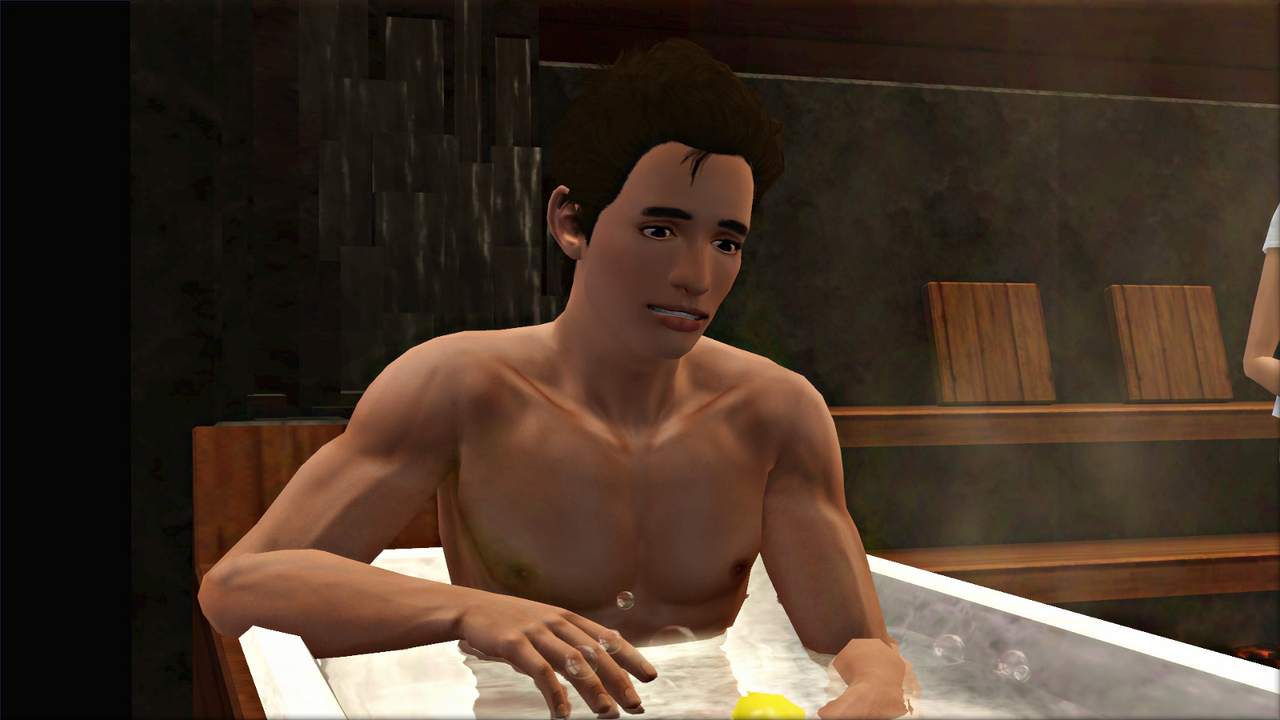 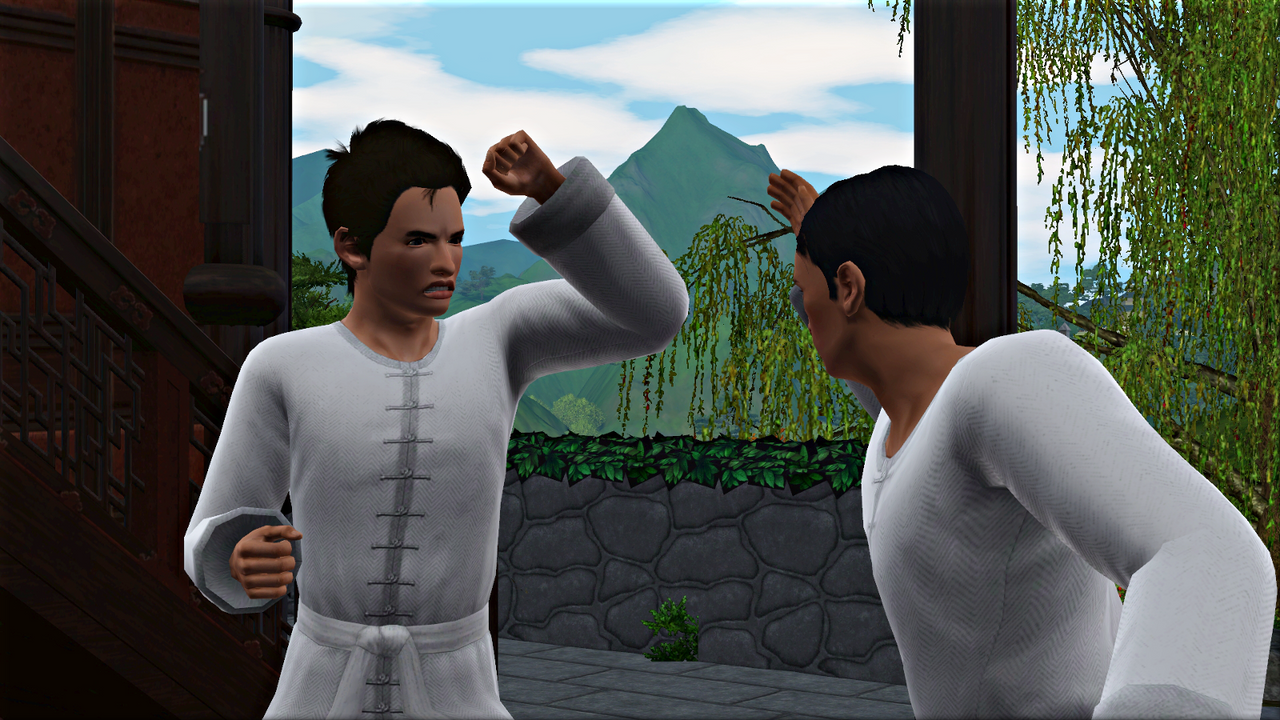 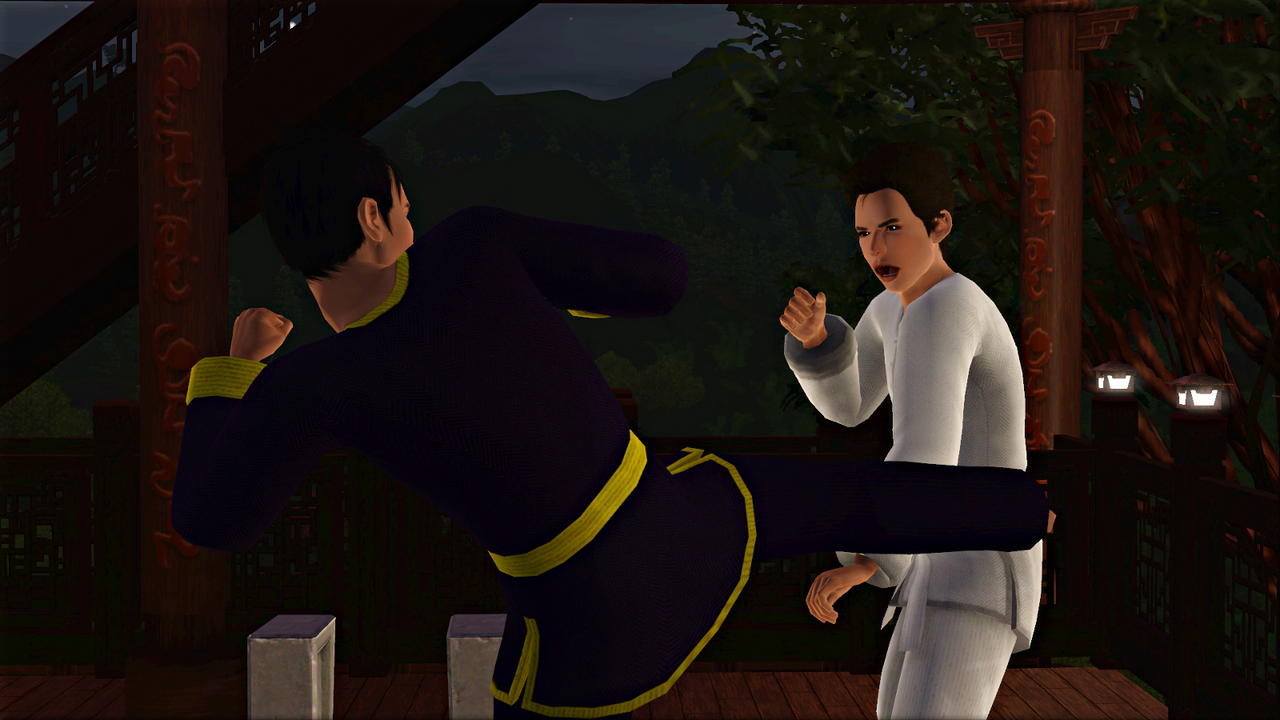 After a few matches, he wished to train with the board breaker for a while. 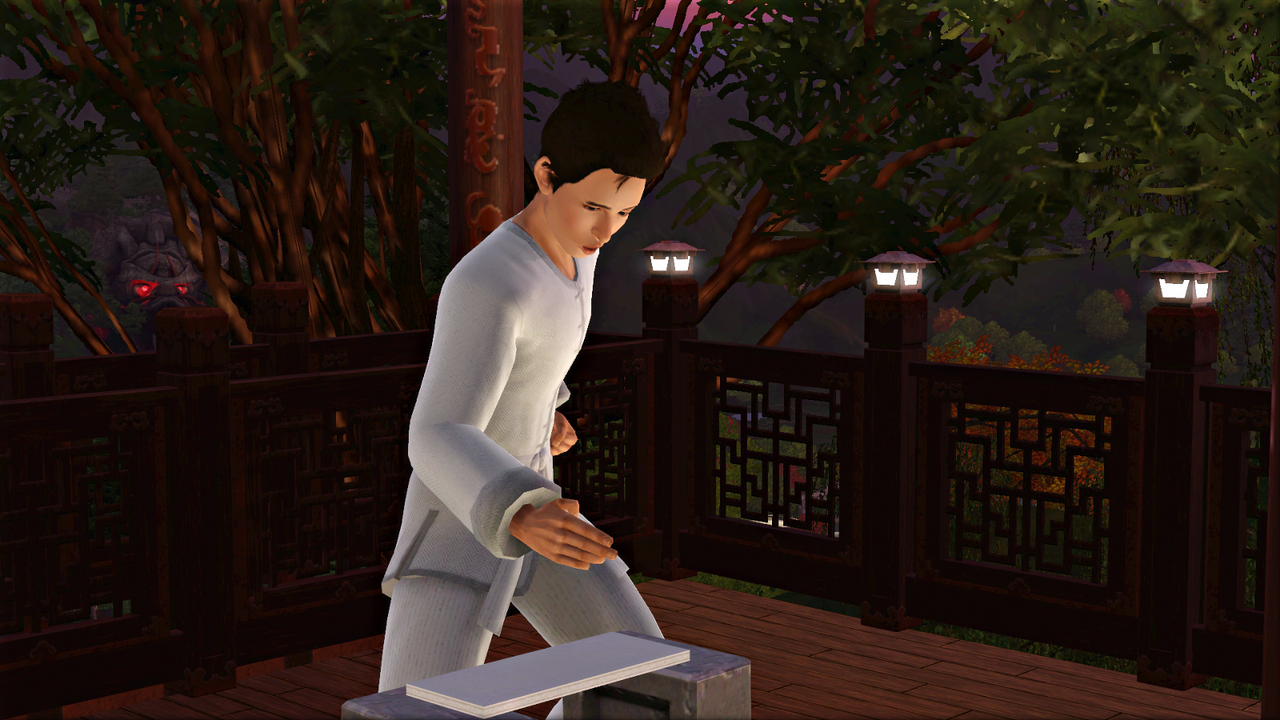 With his training done for the day, he hung out at the bar with bartender Jeramy Newbie, another immigrant from Riverview. 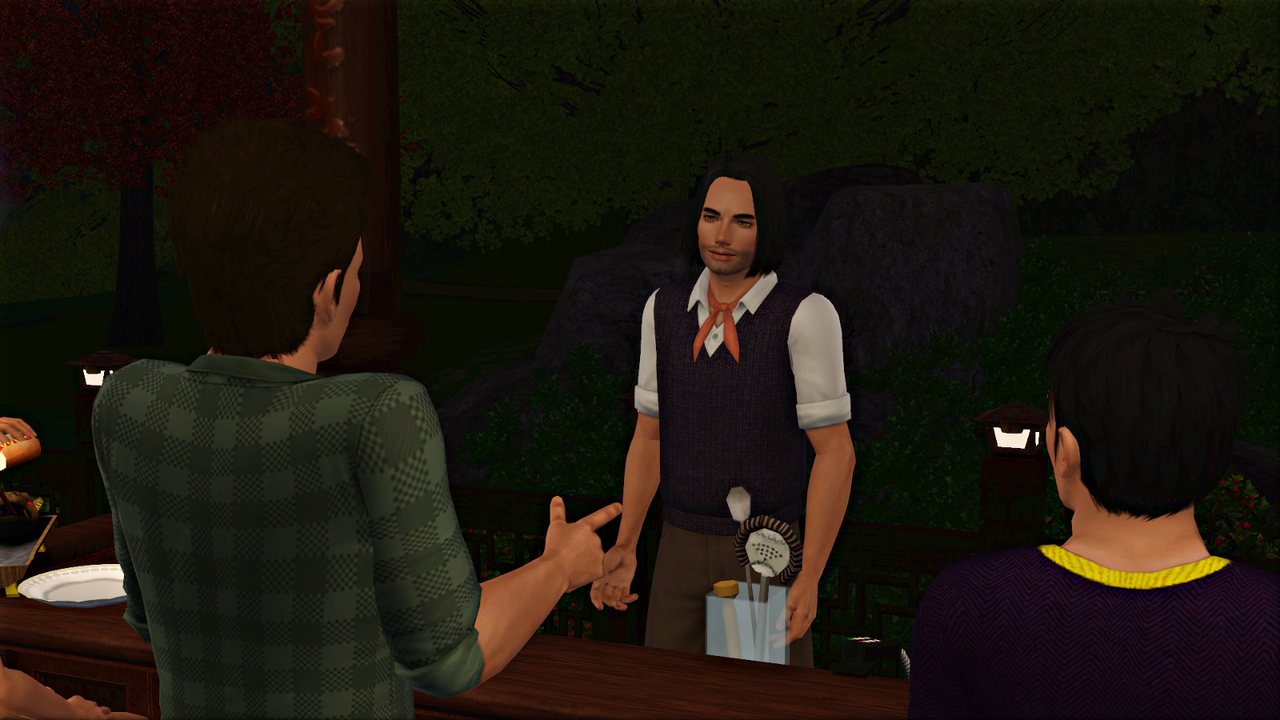 Then it was time for another night of broken sleep. 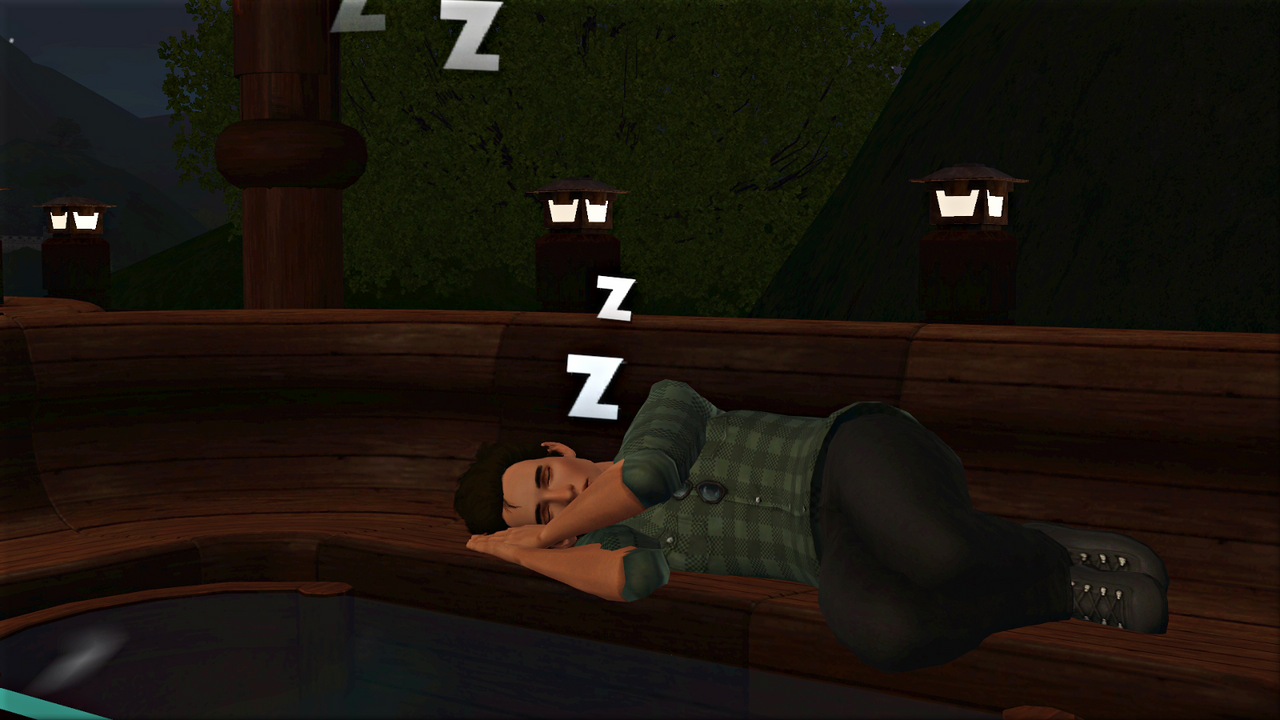 Early the next morning, Carter got back to his training, in the Scholar’s Garden this time for a change of scene. 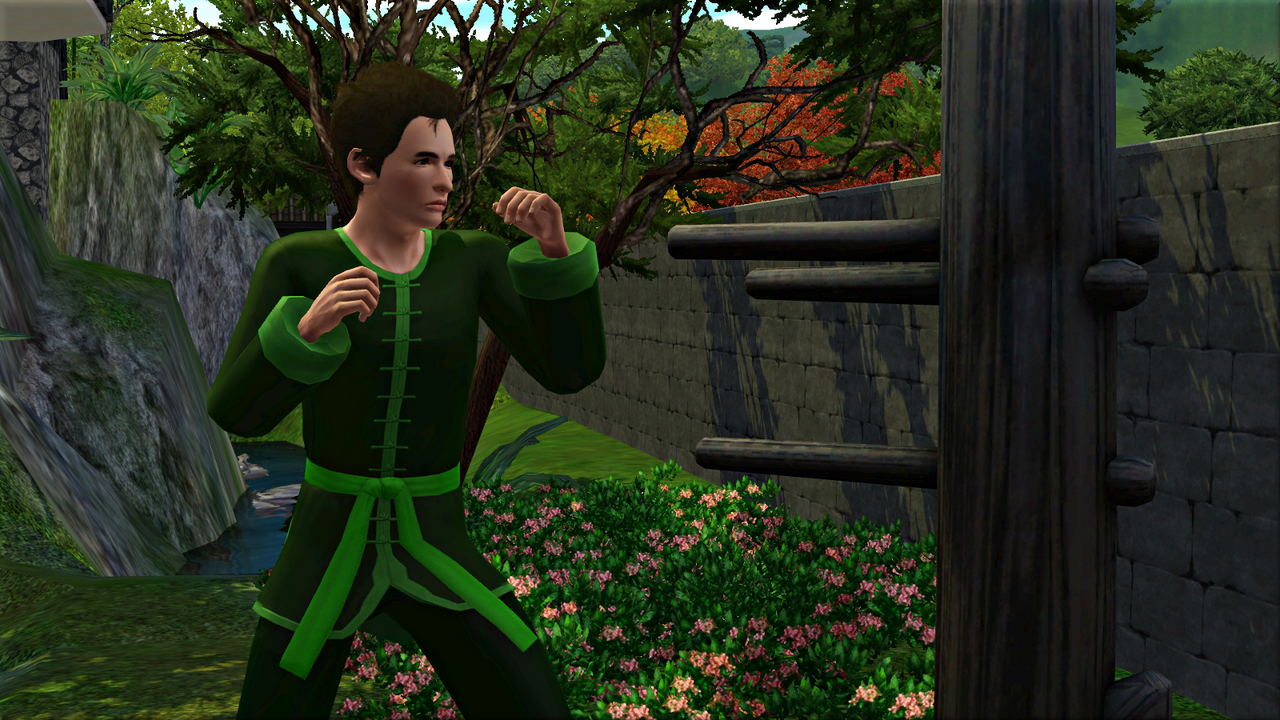 When he hit martial arts level 4, he was able to enter his first tournament match. It was against his new friend Ho Sung. 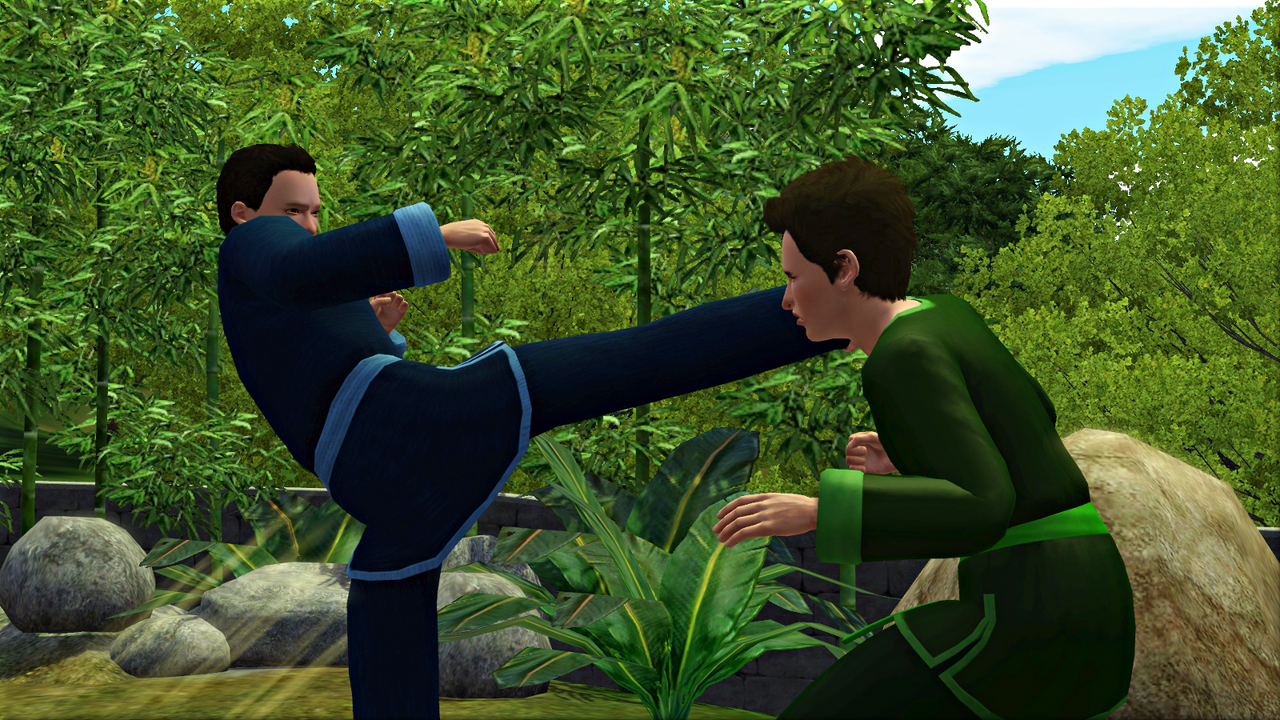 Ho Sung is a level 7 martial artist, and Carter was no match for him. He accepted defeat five times. 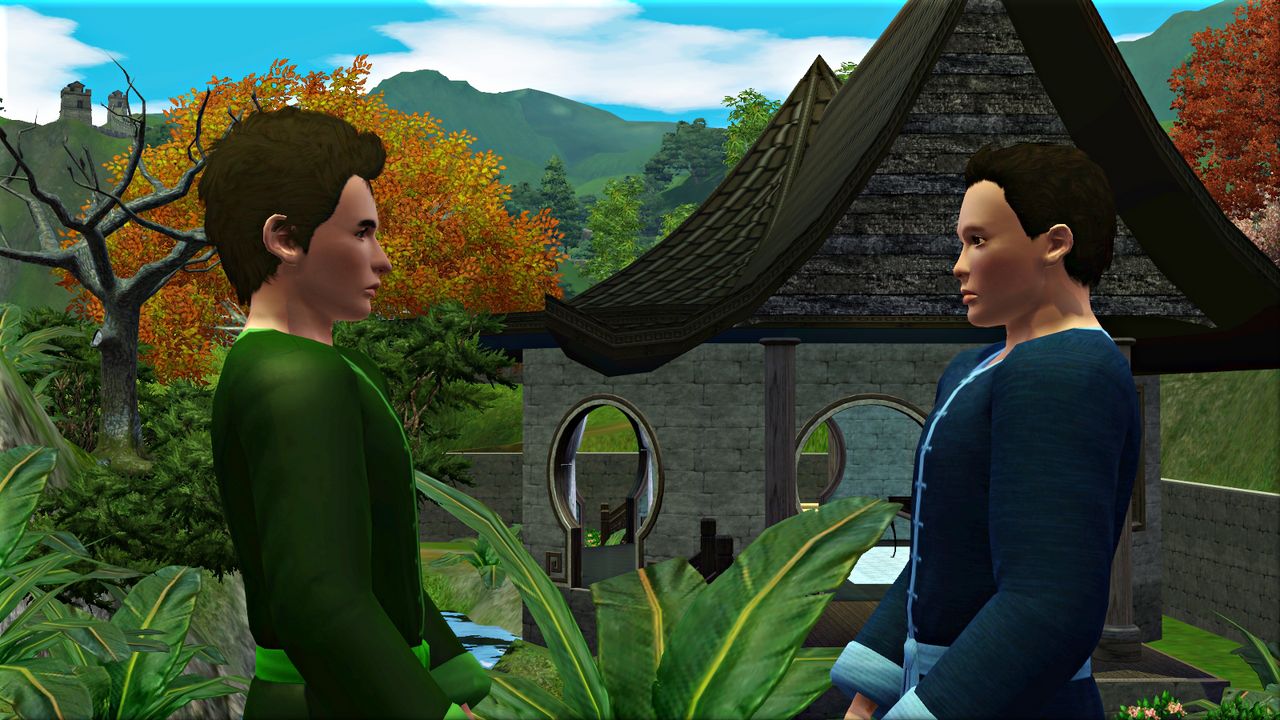 On the sixth attempt, Carter got in a lucky couple of hits and won the bout. He earned 150 simoleons for his victory, and hit level 5 of the martial arts skill along the way, unlocking mediation.

After such a long day of sparring both sims definitely deserved a bit of pampering, so I grouped them up and sent them to another of Jessa’s lovely Shang Simla makeovers, her version of the Hot Springs. It’s a bit difficult to get a full picture of this lot because of all the bamboo, but it is a completely awesome renovation, and I encourage you to check it out! 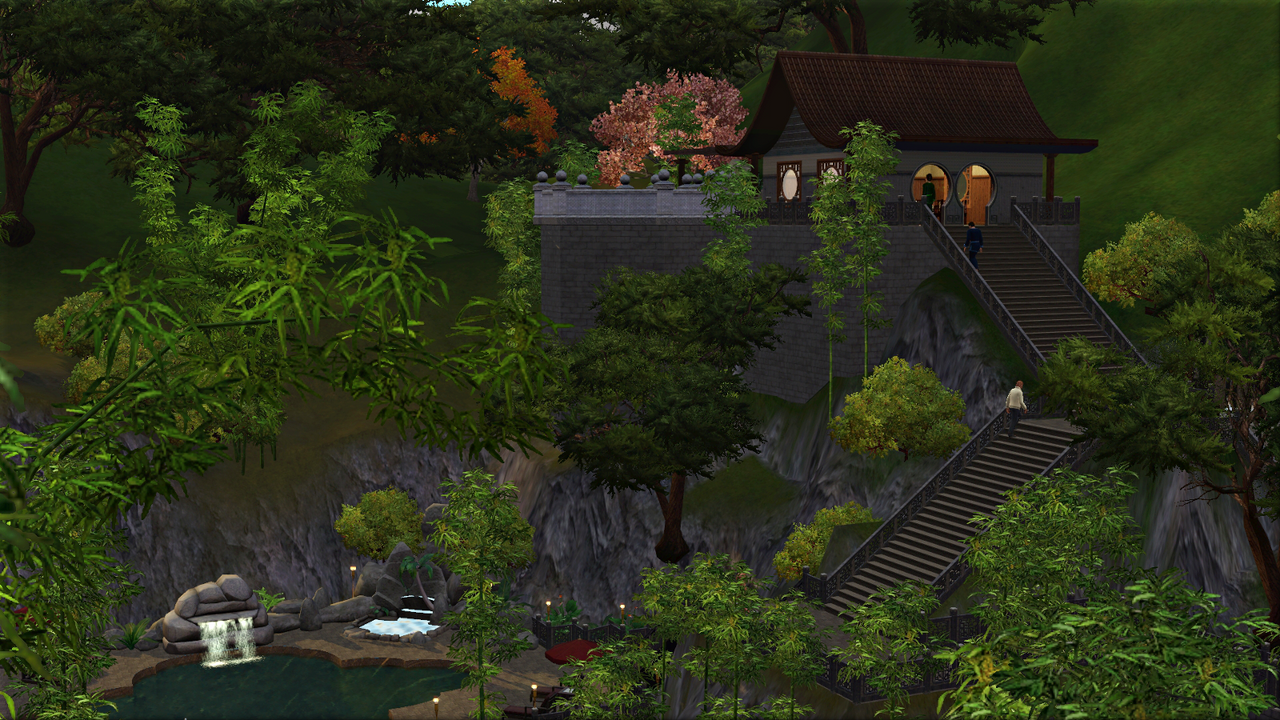 Carter began his evening with a deep tissue massage. 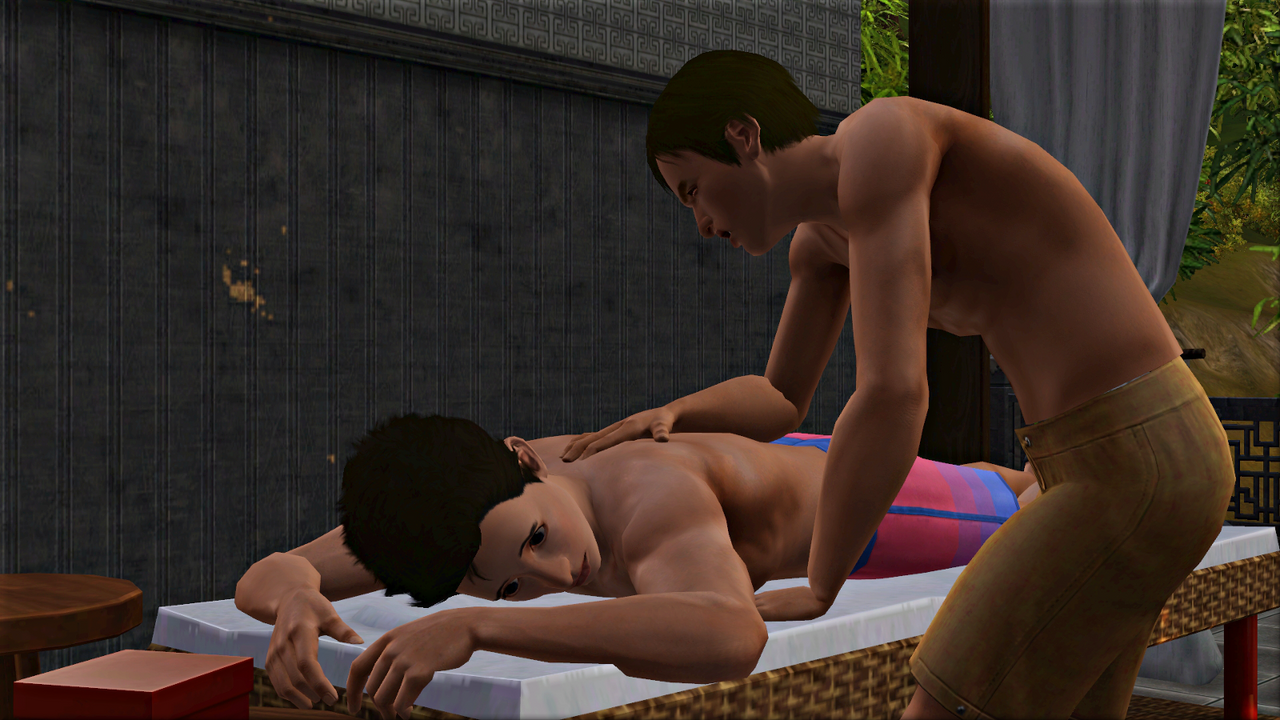 Then he invited his cousin Thomas to join Ho Sung and him for dim sum and a pot of tea. 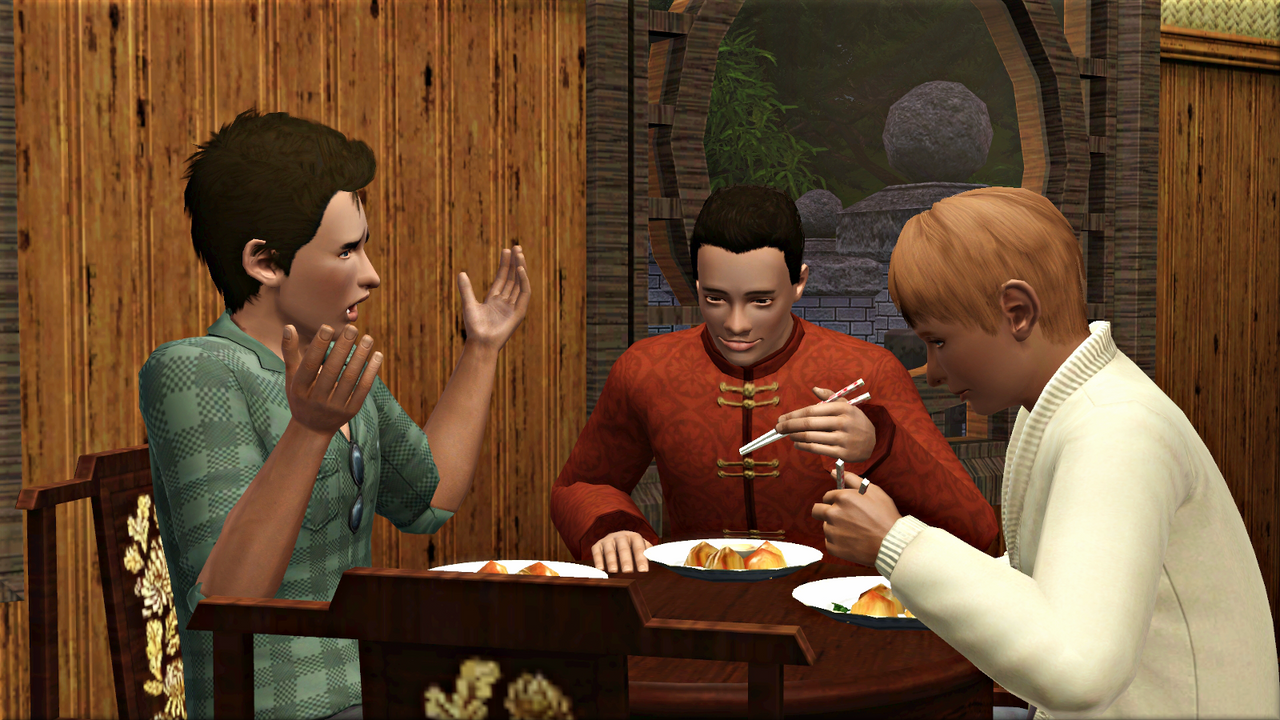 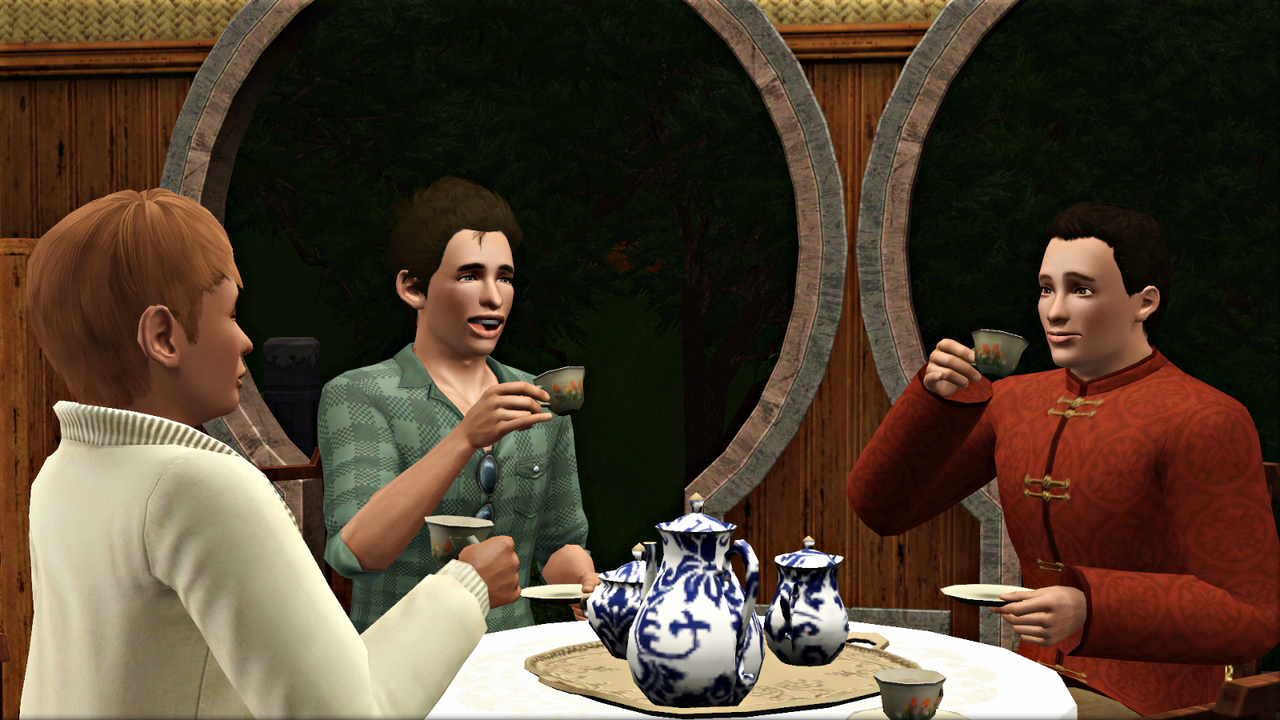 It rained a lot over the next few days. Summer is the wet season in Shang Simla. (I use Nraas Tempest to set custom weather for each world I play.) 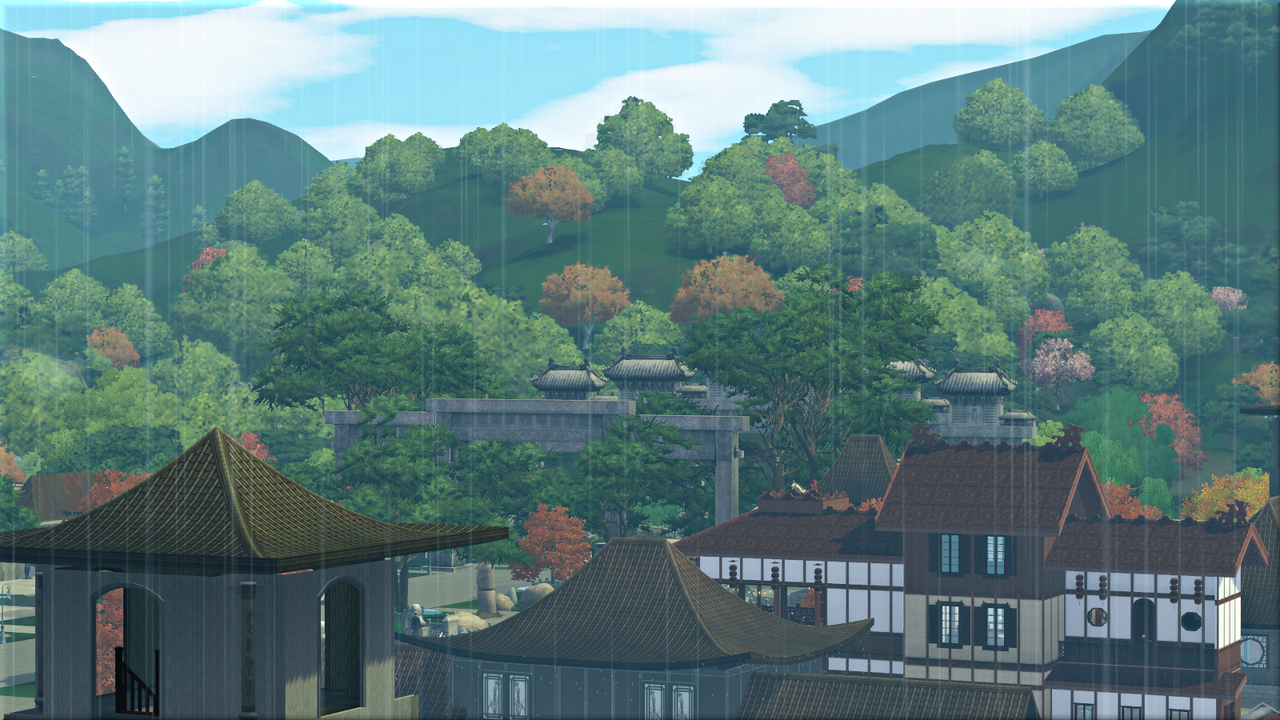 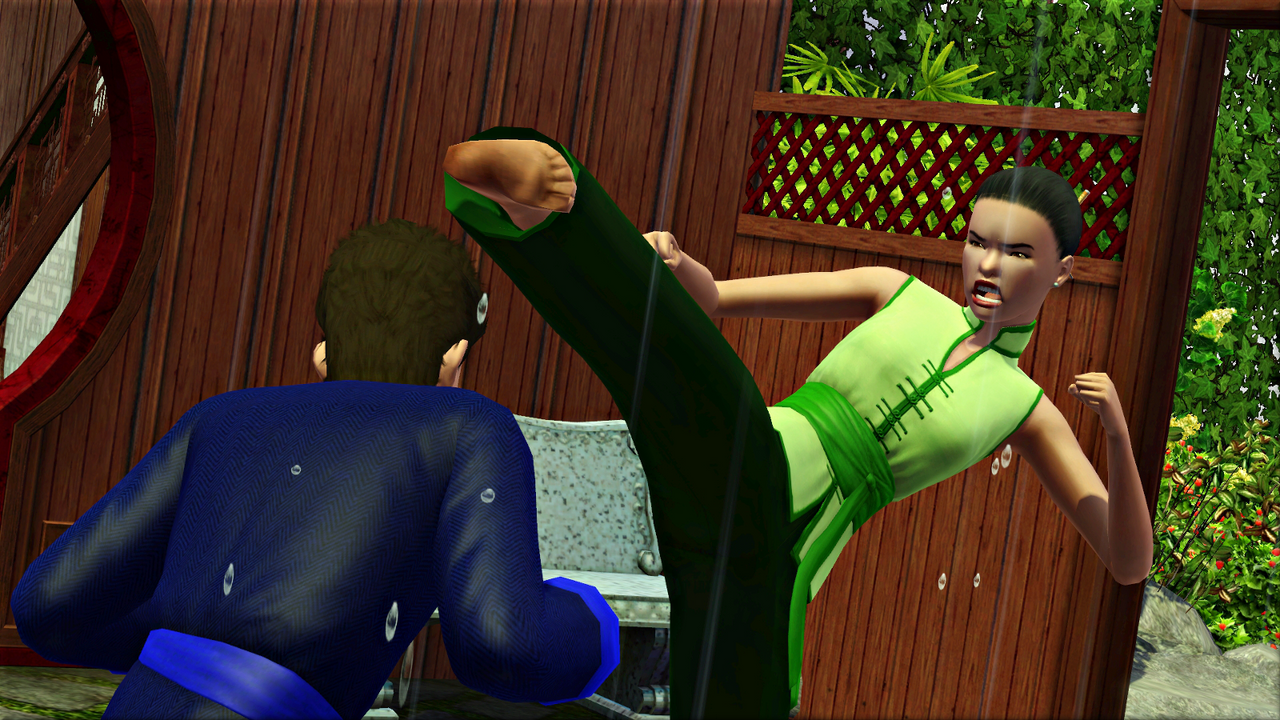 In between matches, he meditated and broke boards. 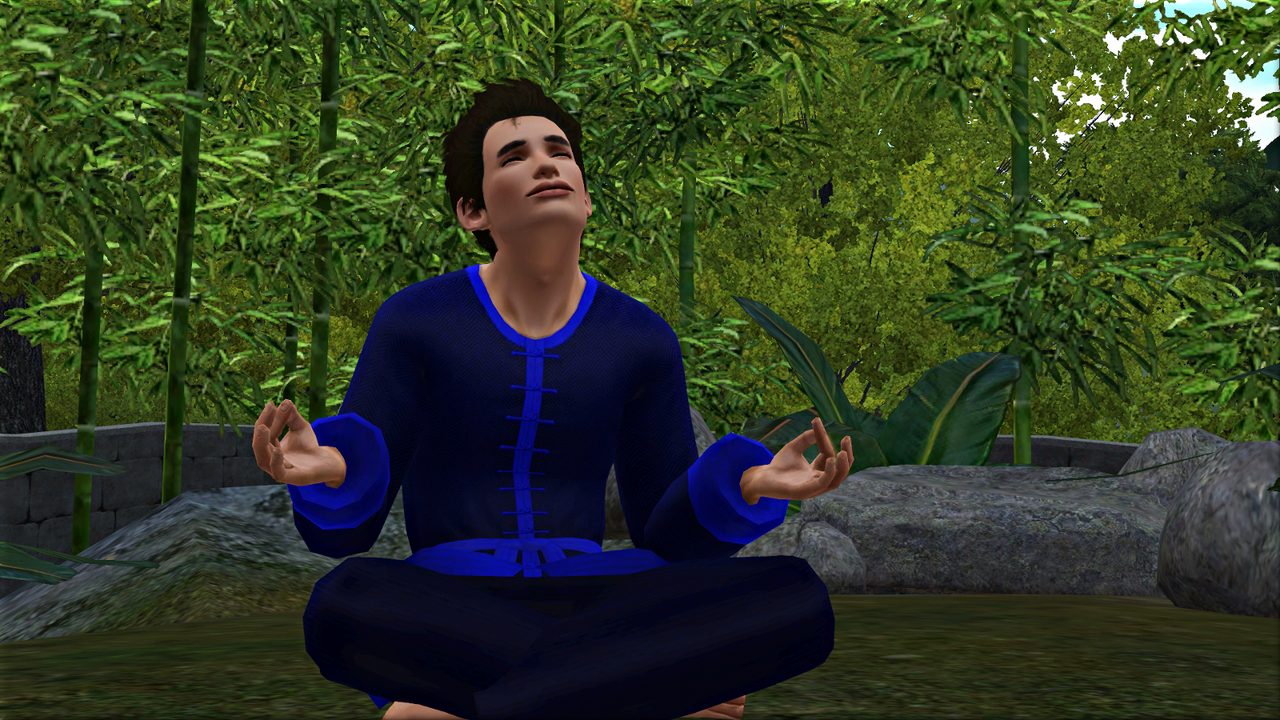 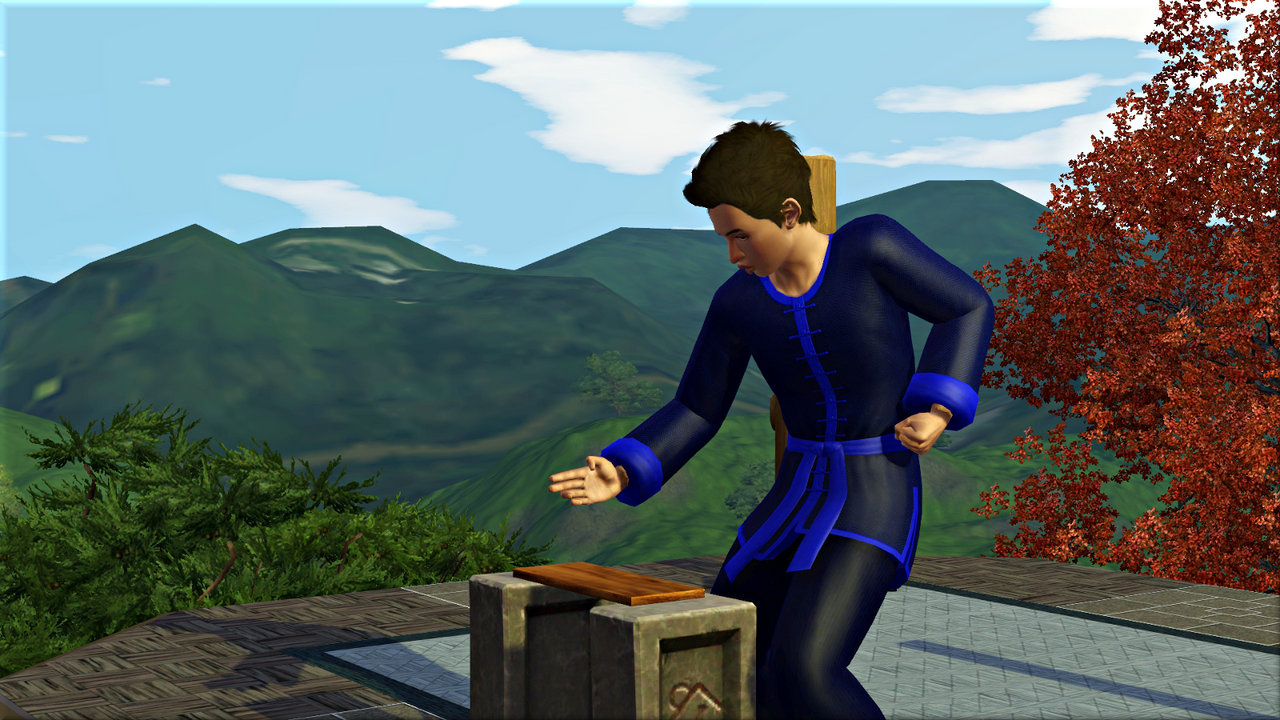 By the end of the week, he had reached level 8 of the martial arts skill, 4 of the career, and 2 of the tournament. Perhaps more importantly, he had earned almost 4000 simoleons, which meant he had plenty of money to buy back his camera…let’s say he’d pawned it or something. Soon he’ll be able to decorate his house, but for now I settled for a tent. 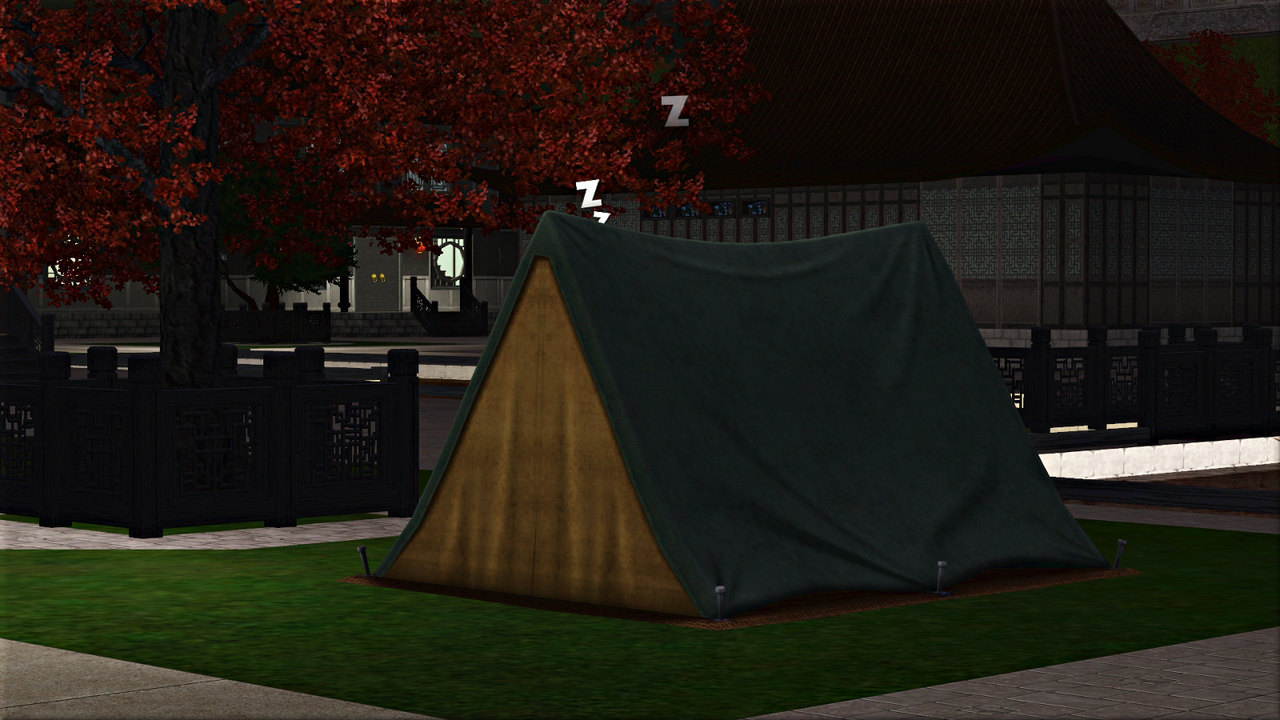