Cater and Ho Sung spent the next couple of days teaching Jia to walk and talk. 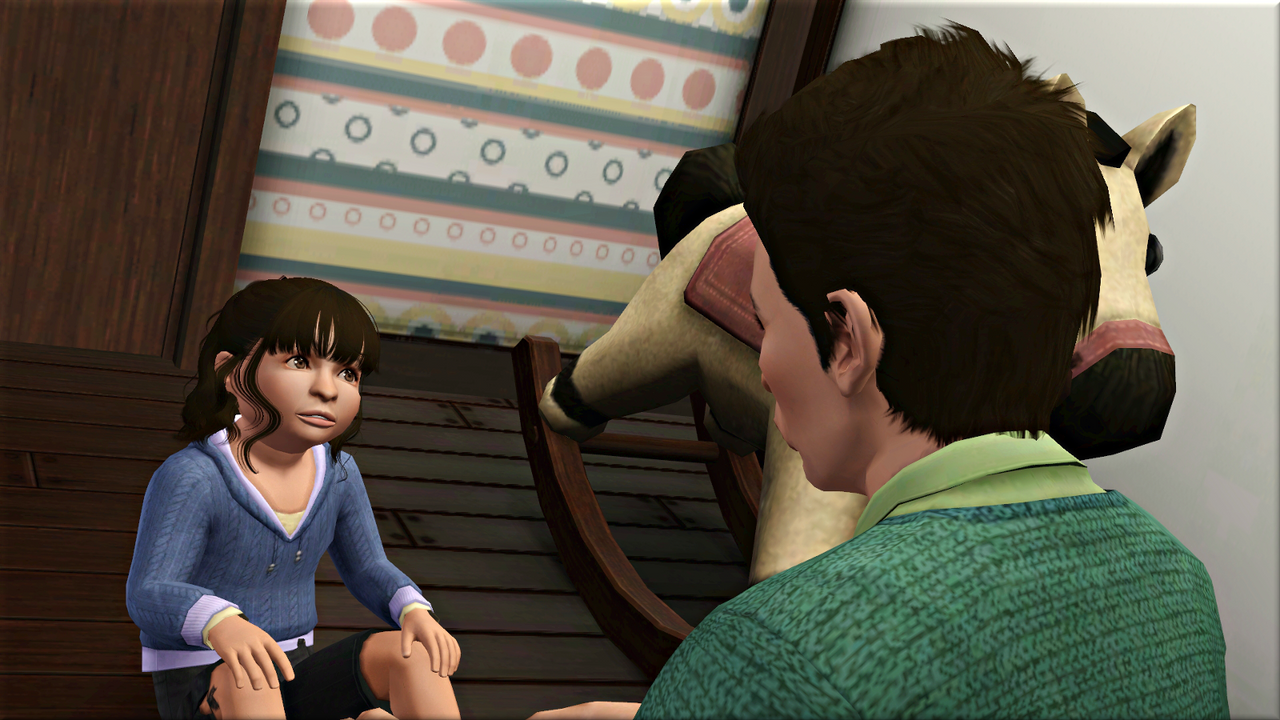 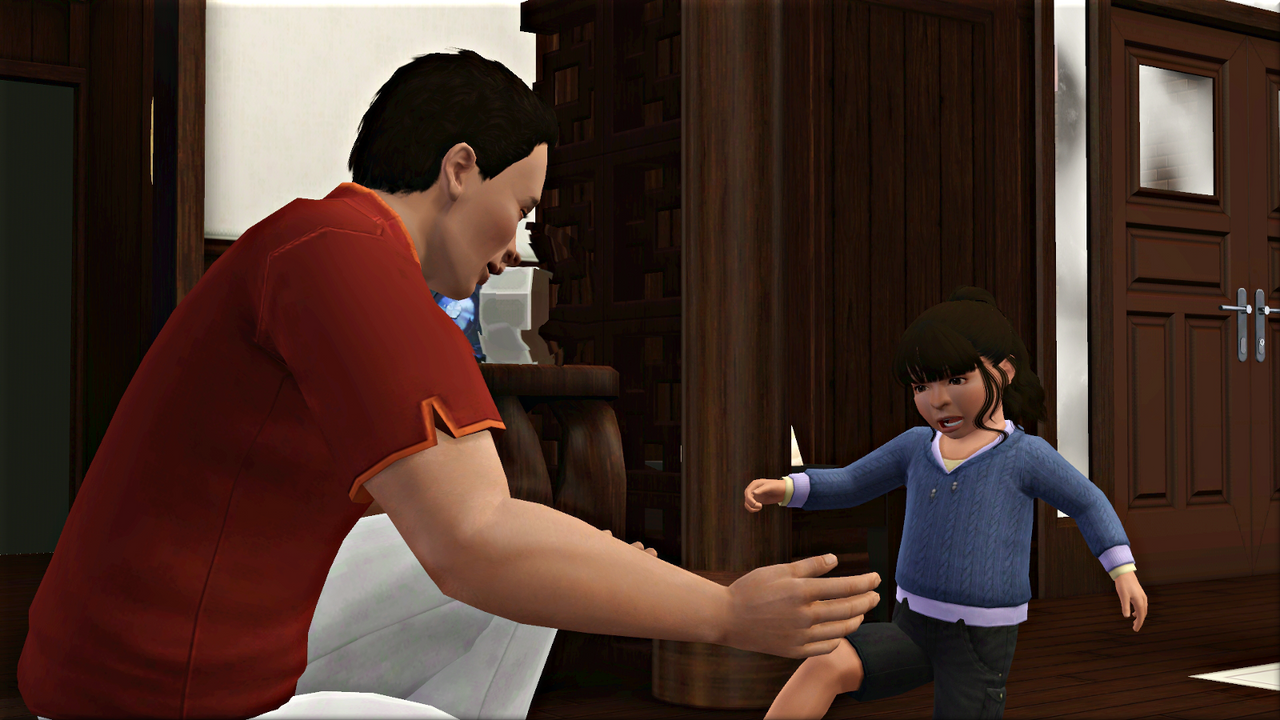 I couldn’t give her a xylophone or peg box, since she’s not rolled guitar or logic, but I put lots of toys in her box. 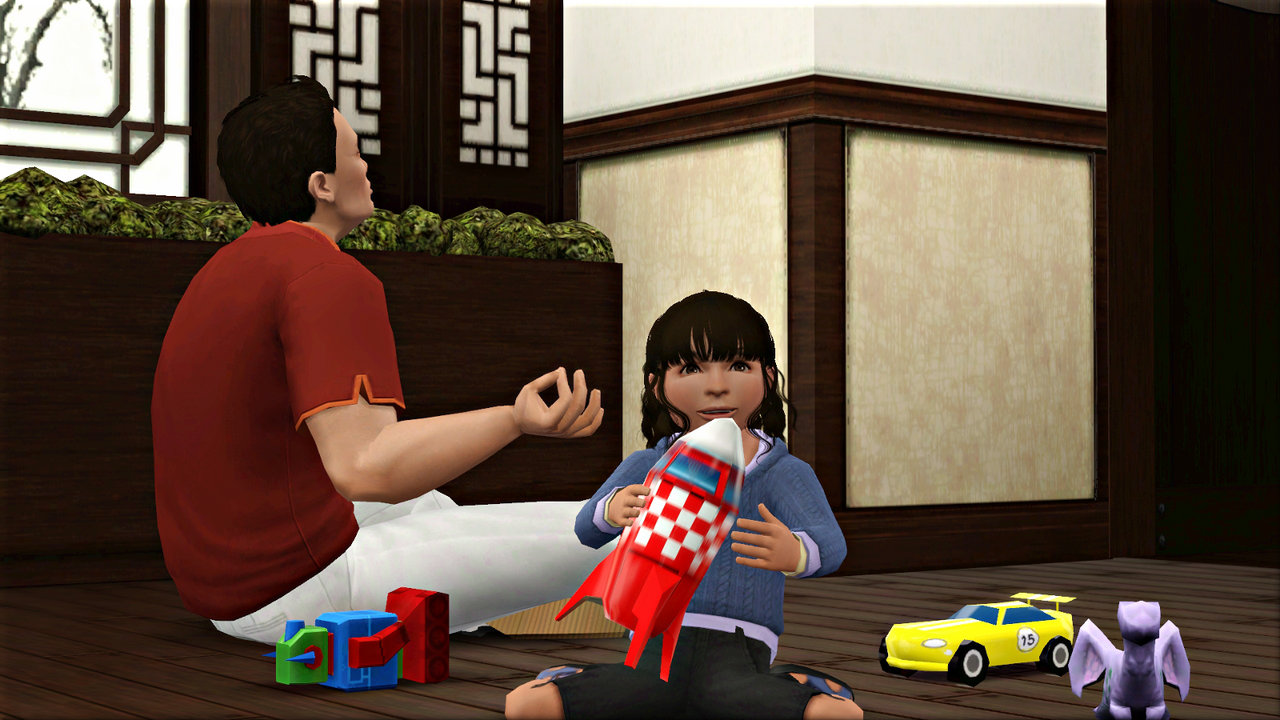 Ho Sung eventually wished to get married. He’d been stuck in the house all week, so I called a babysitter and sent Carter and him out on a date. They zenoported past the boulder at the Hot Springs, explored the tomb together, then shared a pot of tea back above ground. 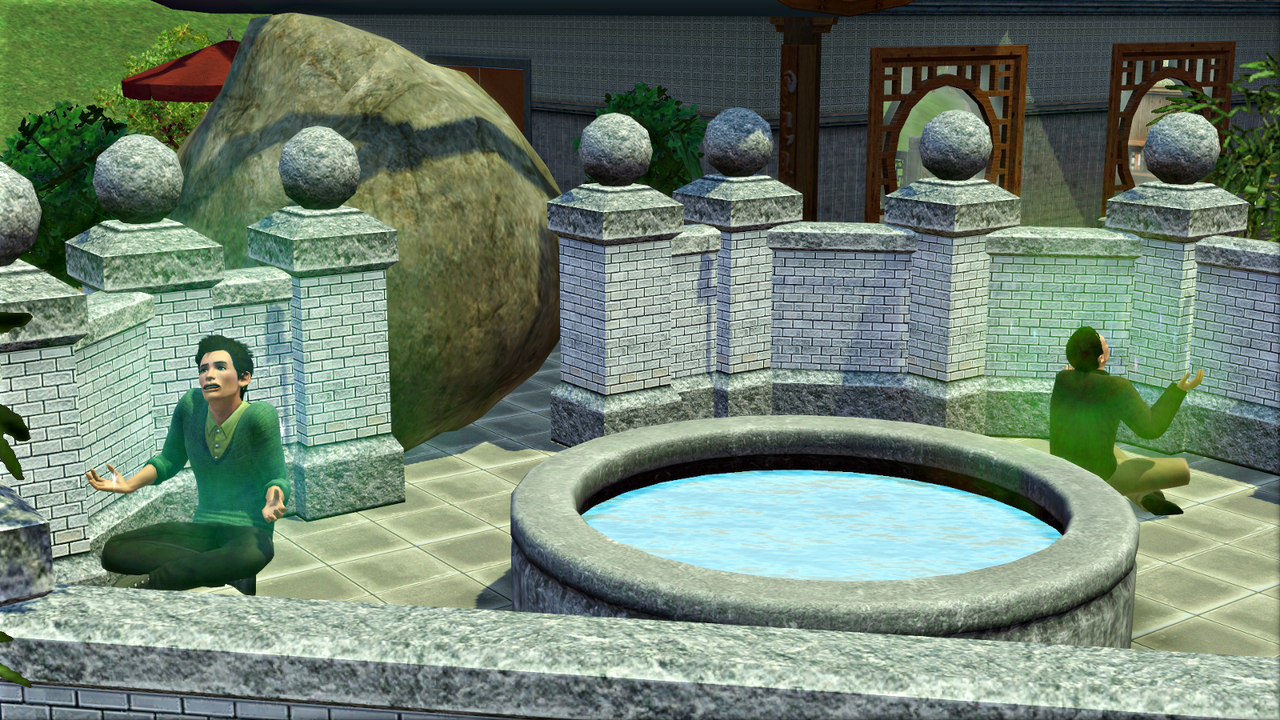 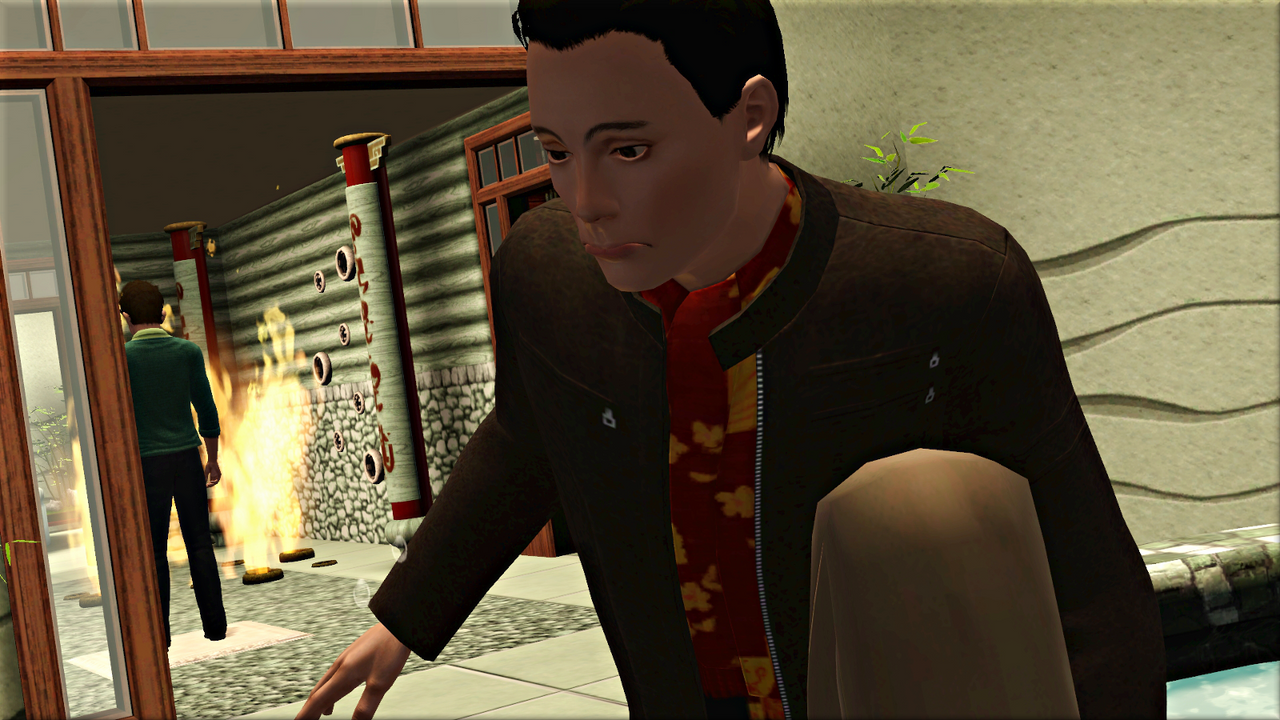 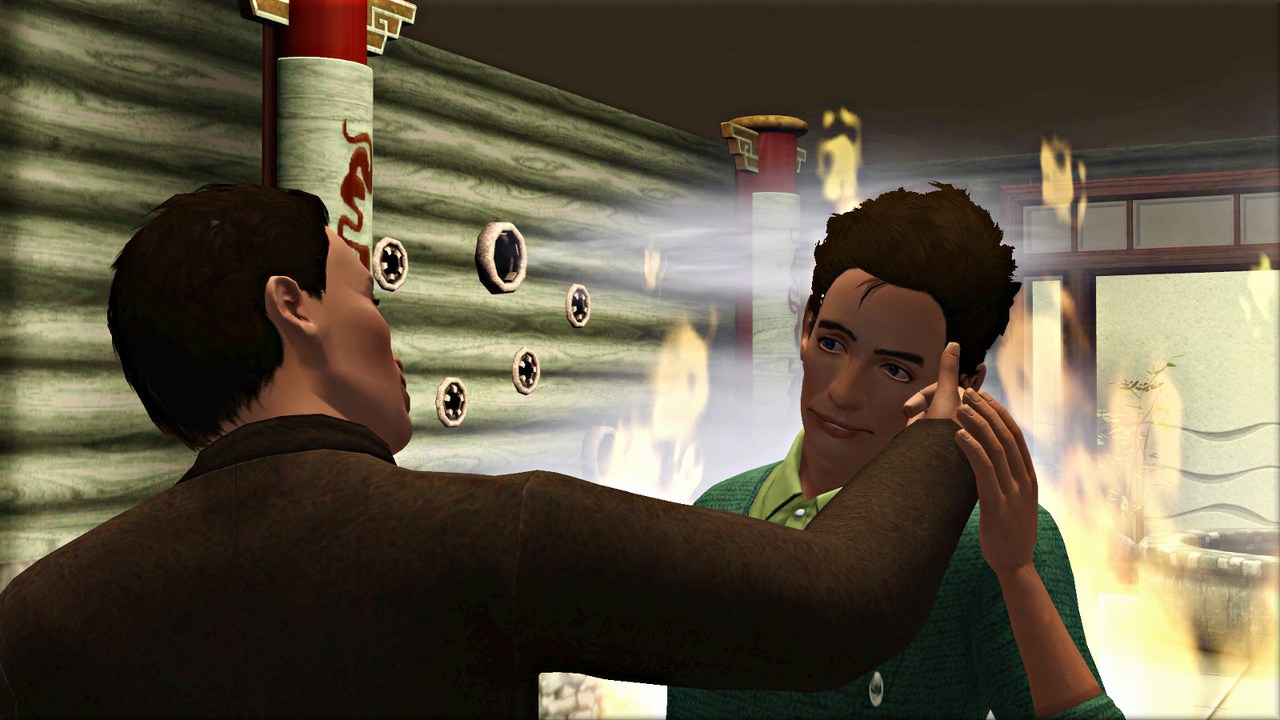 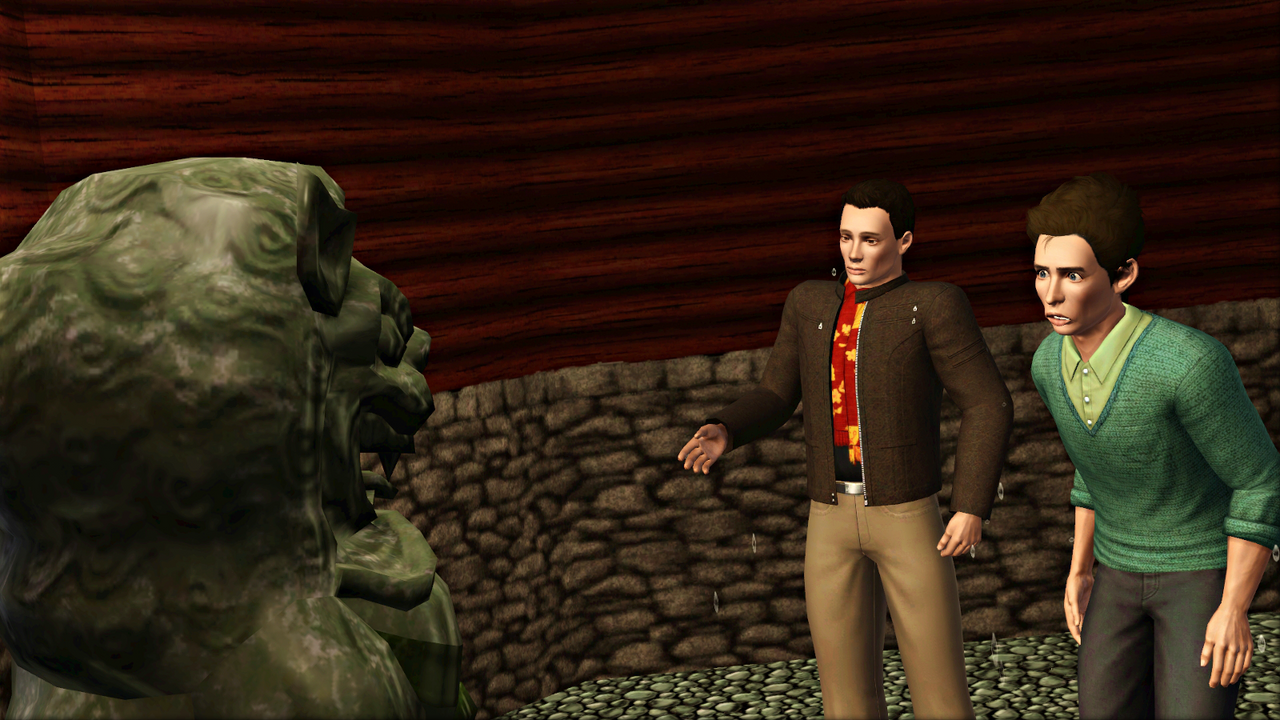 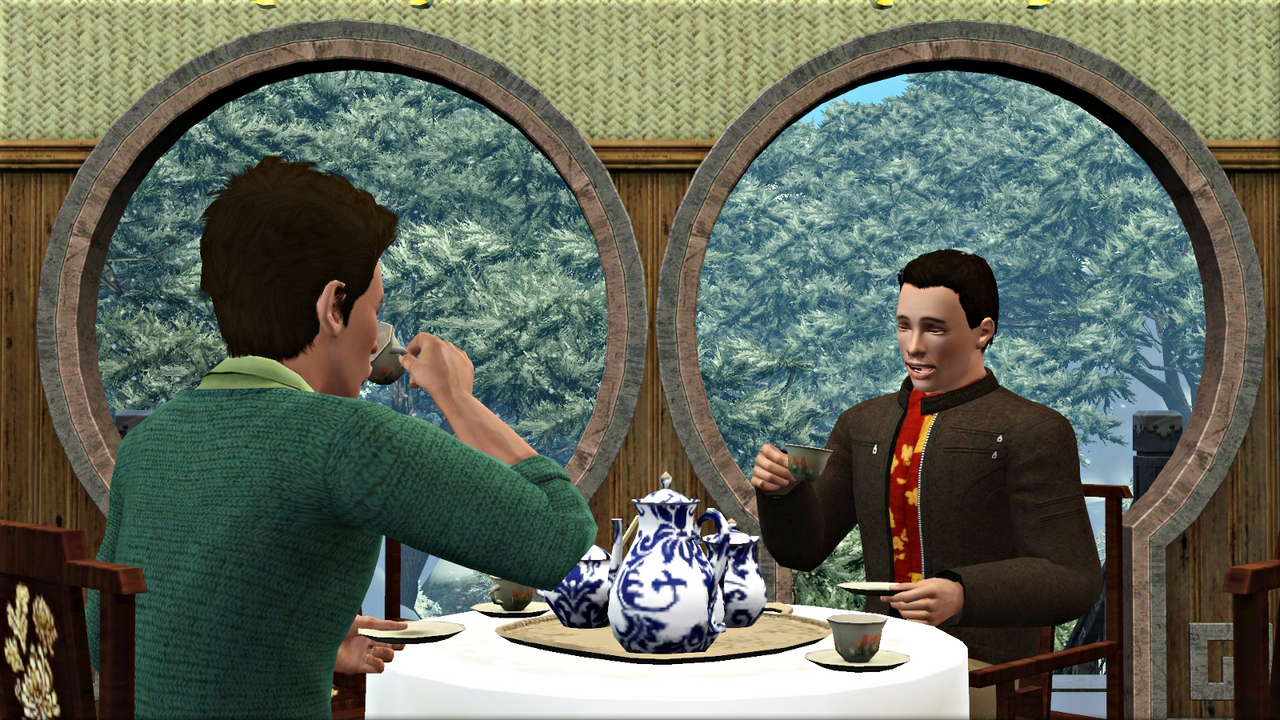 While they were drinking their tea, it started to snow. 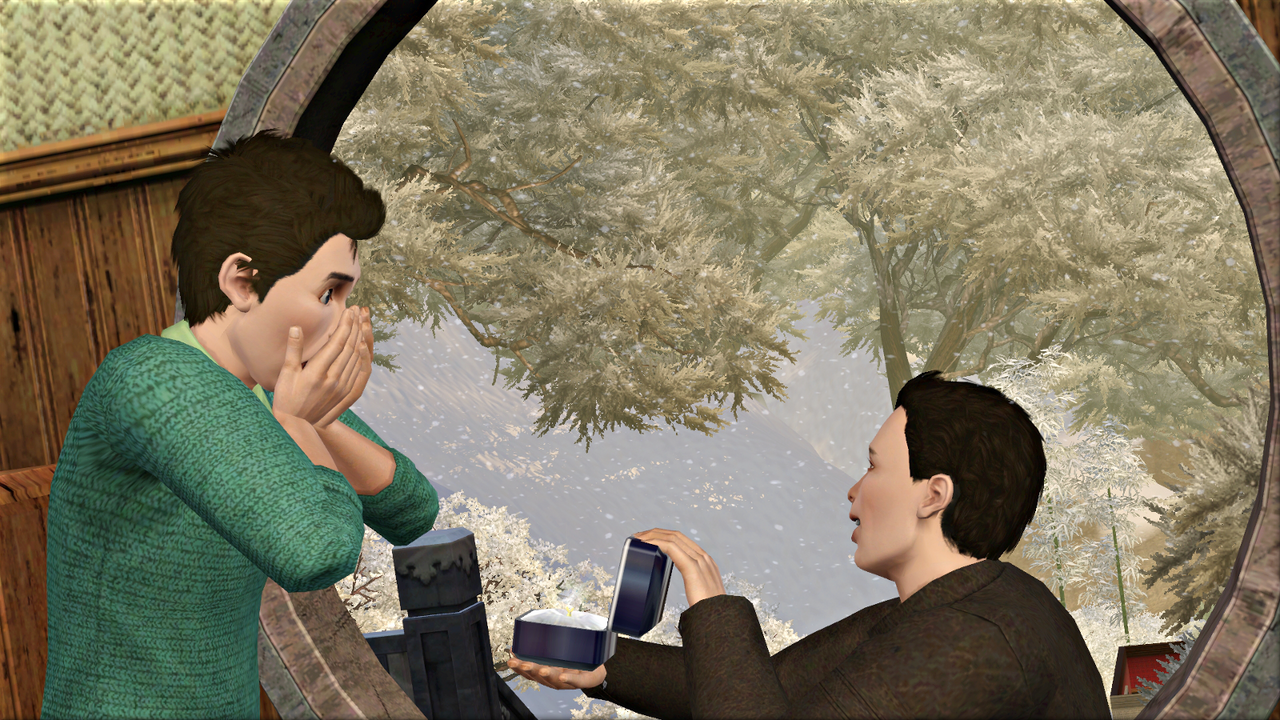 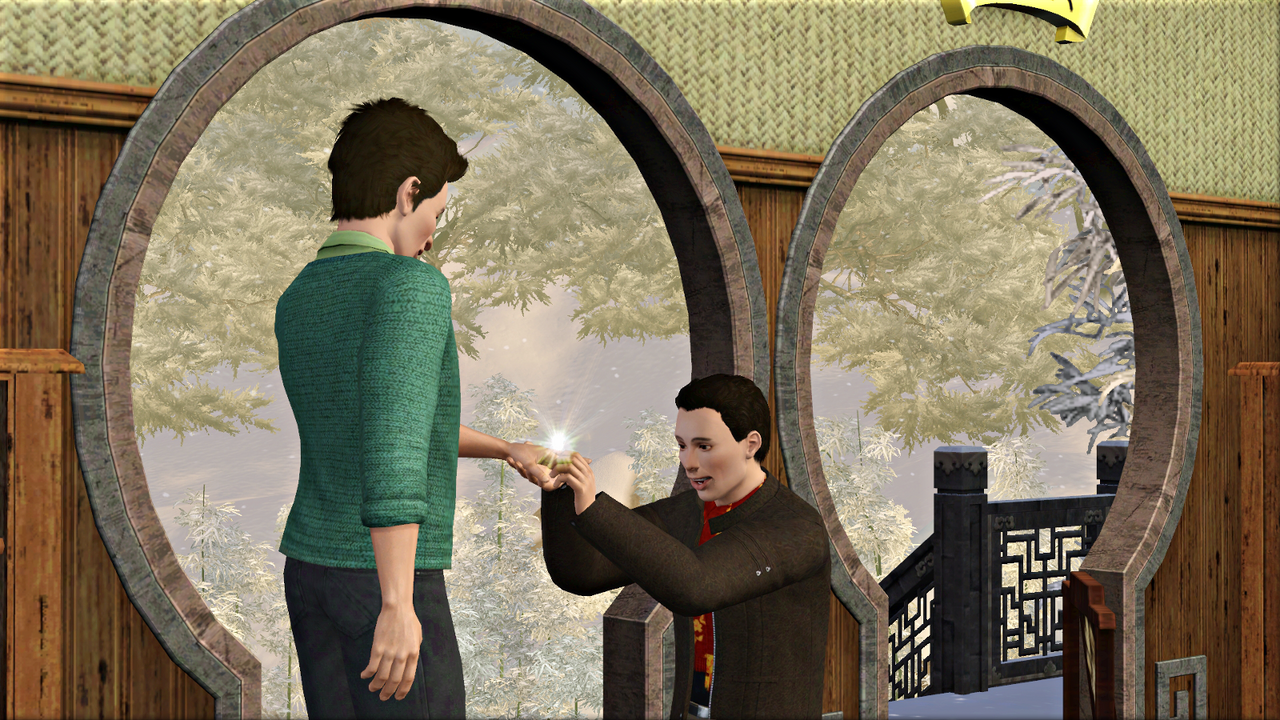 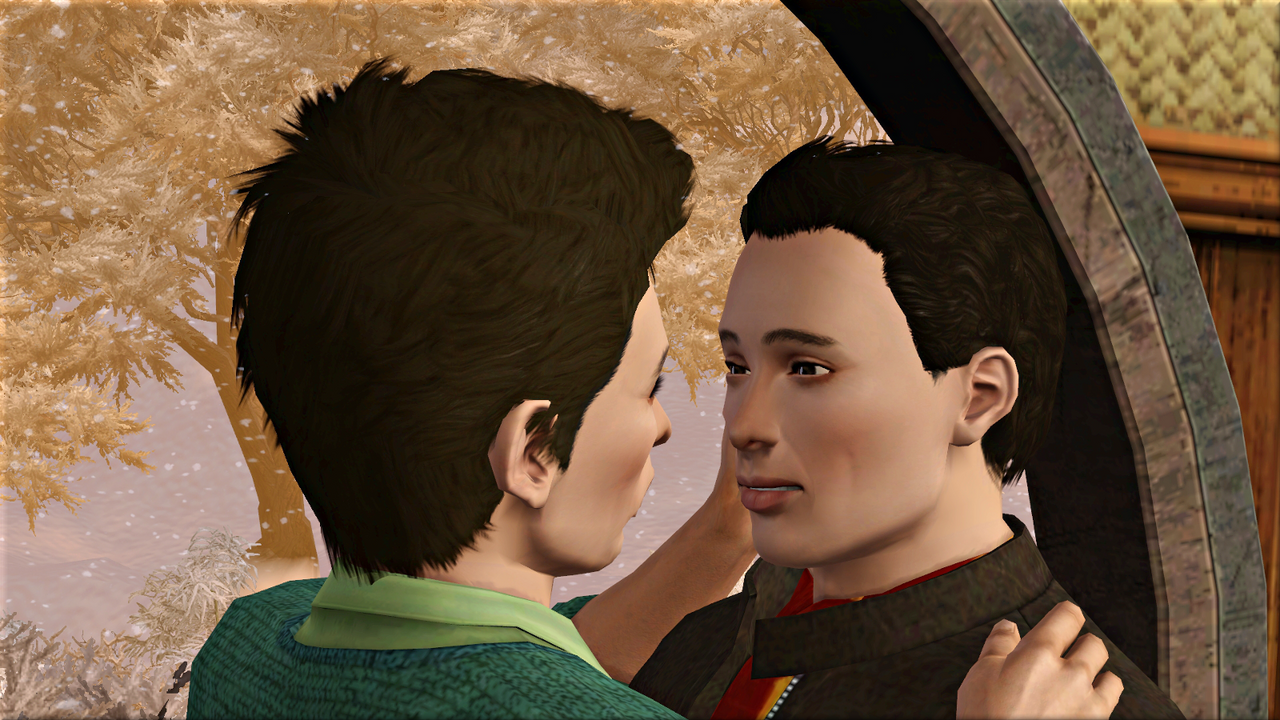 By the time they got back home, Jia was fast asleep in bed. 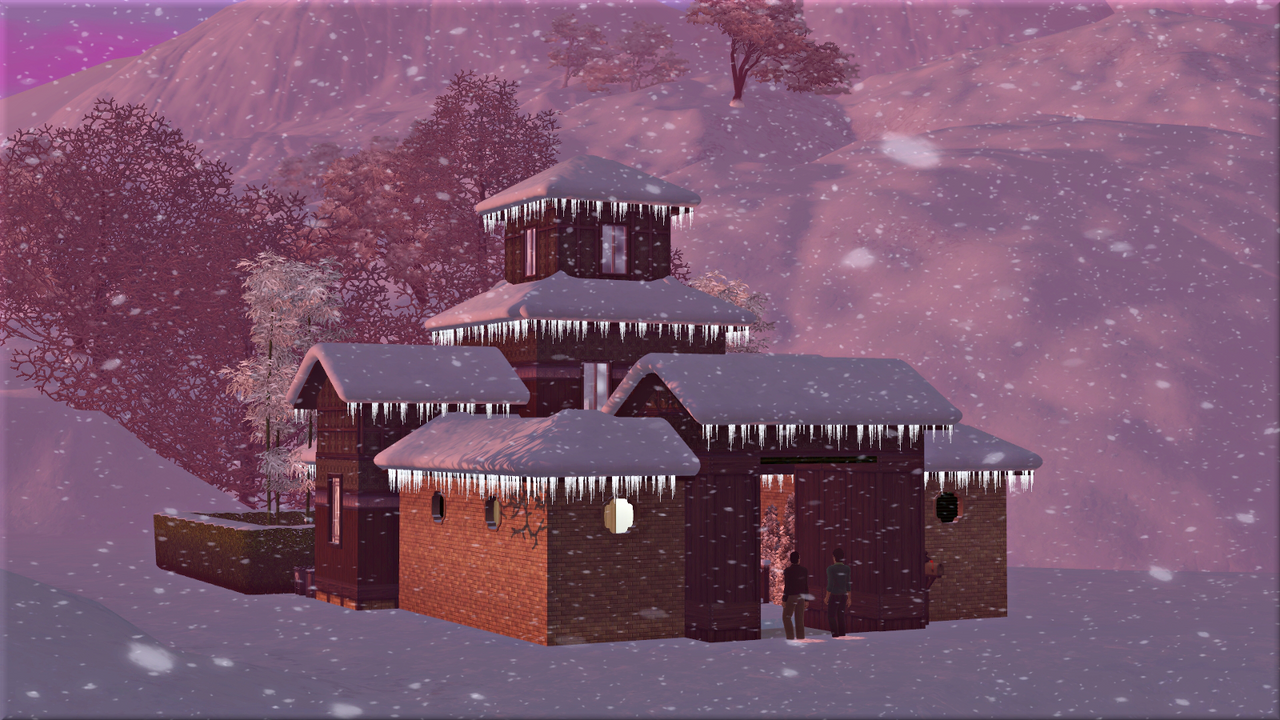 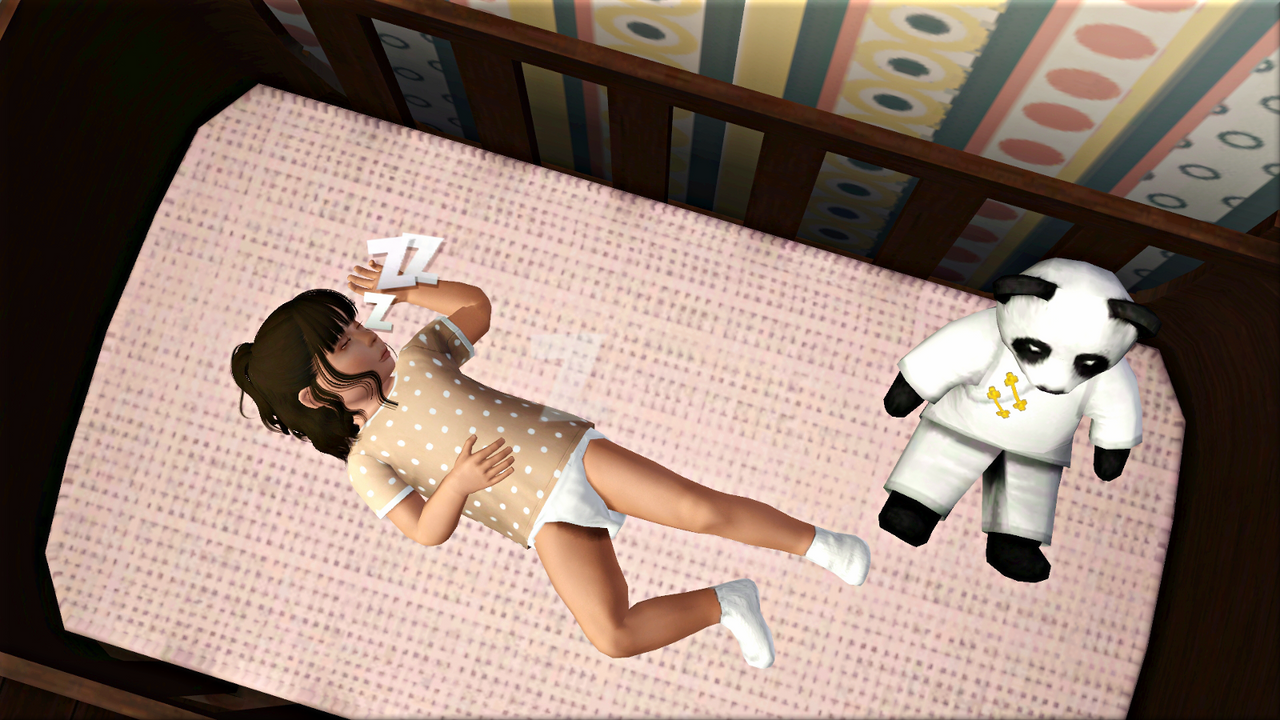 It would have been nice to play with her in the snow, but there’s not much of that kind of thing available for toddlers. TS2 and TS4 both do this life stage so much better. I settled for a wintry family walk the next day. 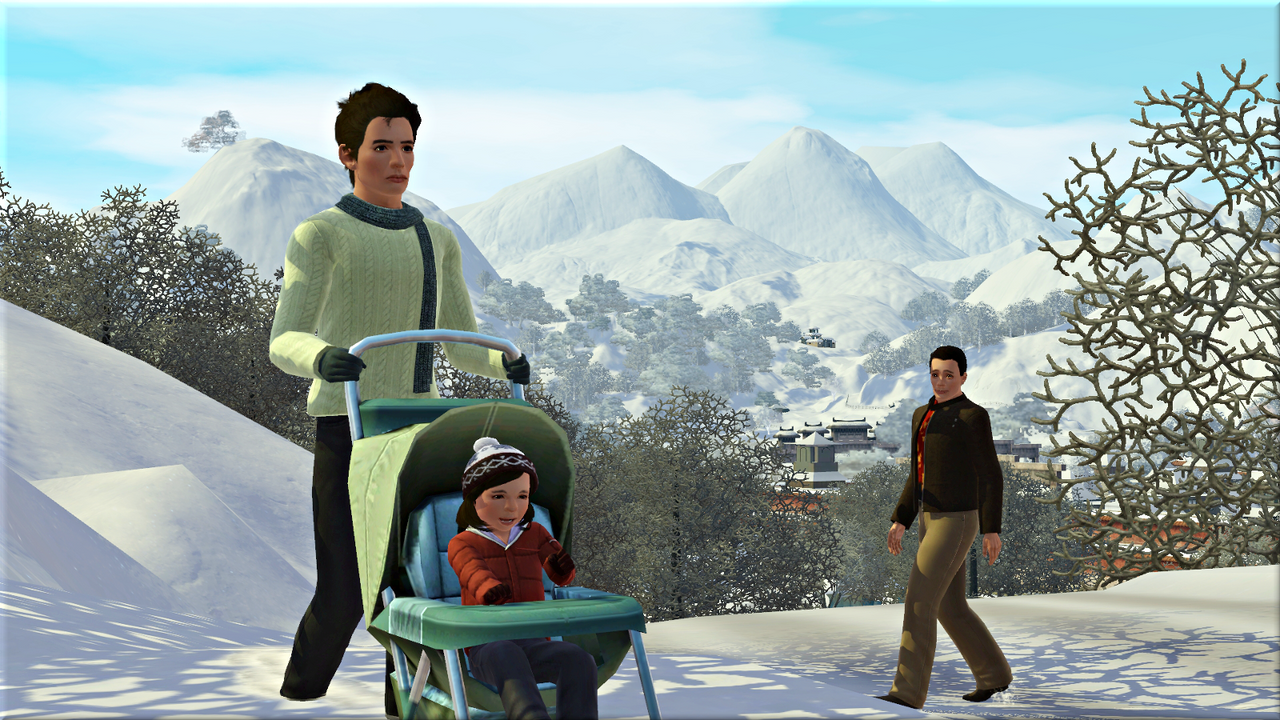 I wanted to wait until Jia had aged up to have the wedding. I felt like her dads would want her to be more involved; toddlers are just a bit passive in this game.

When her birthday arrived, I had Carter invite some of the neighbourhood children to a party for her. I won’t be building a school for Shang Simla, so I’m always going to be on the lookout for occasions for her to make friends. The children showed up for the party but sadly none of them came to watch her blow out her candles. 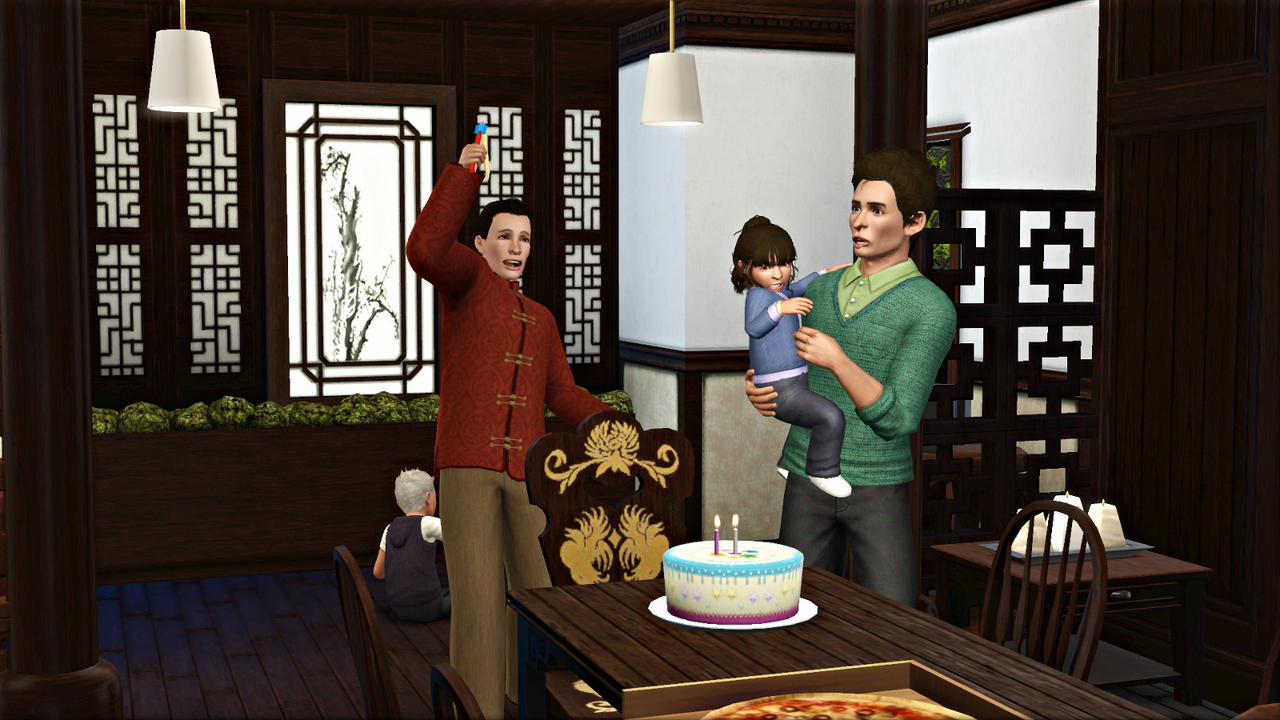 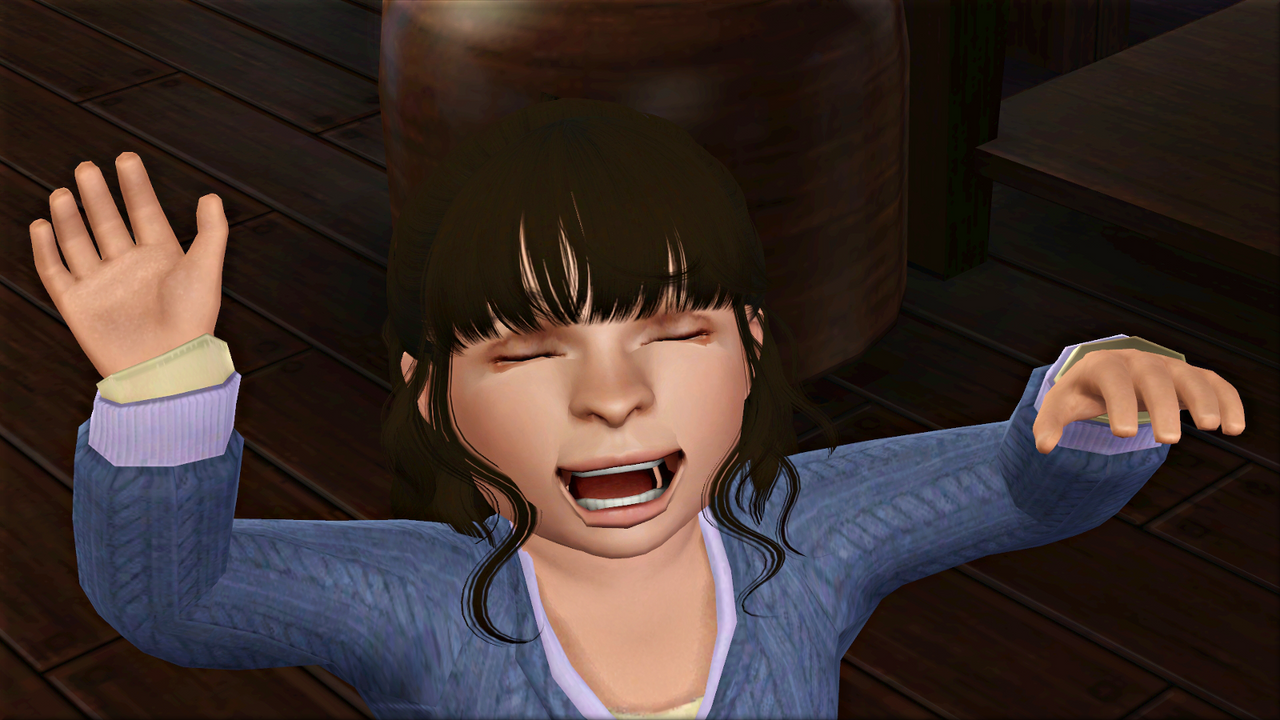 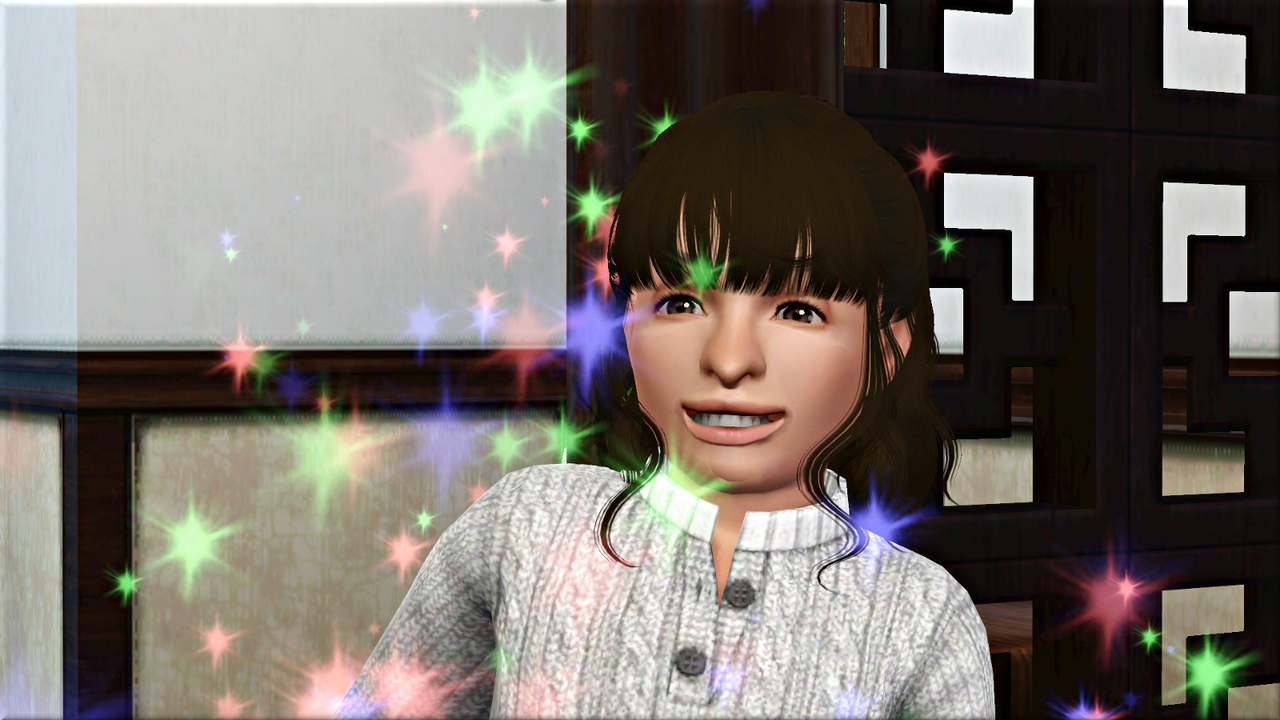 Their disinterest in her birthday didn’t stop them coming to the table when the cake was served. 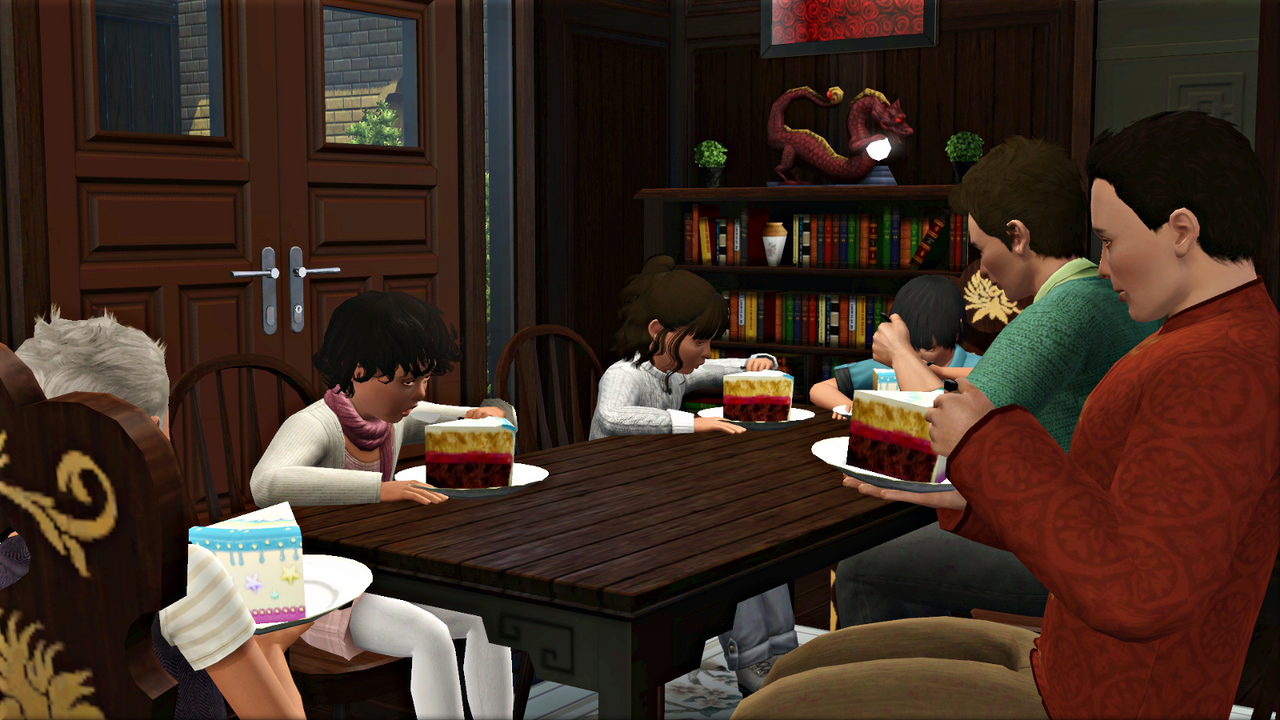 Now Jia’s a child, she can have her first three actual traits: computer whiz, daredevil, and over-emotional.

Of the children who came to her party, she got along best with Jing Yuan–Pei. 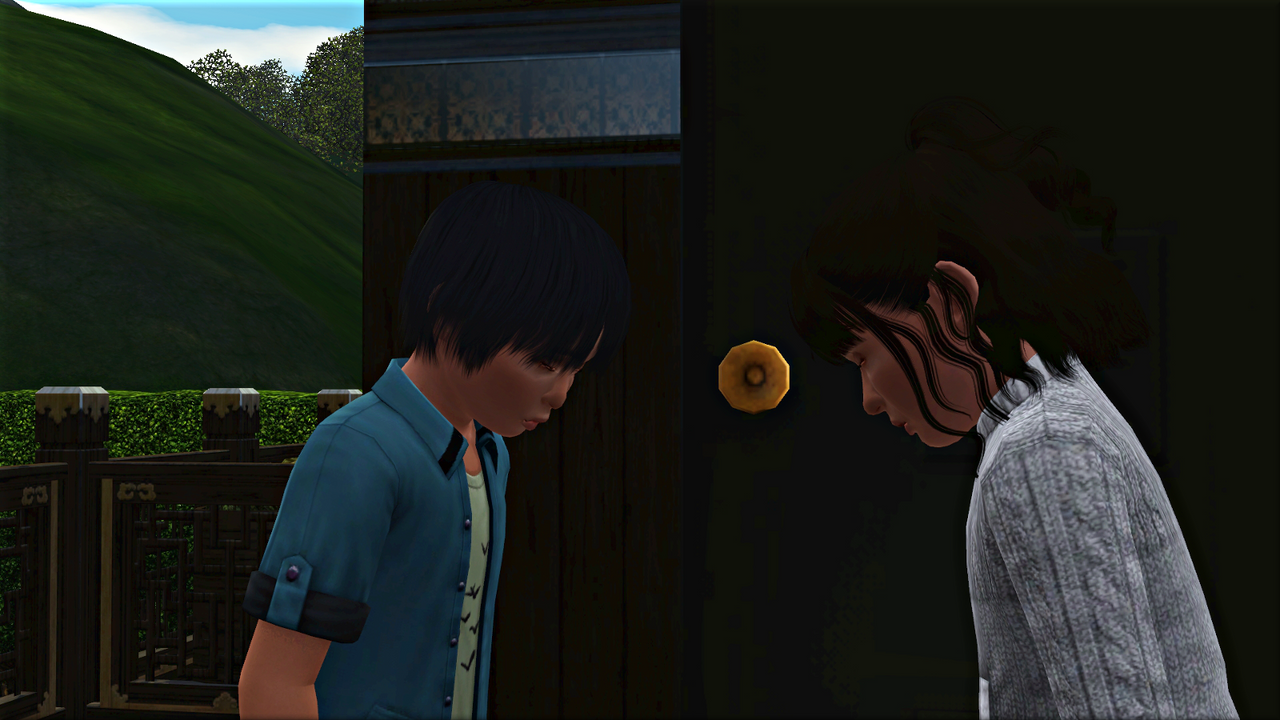 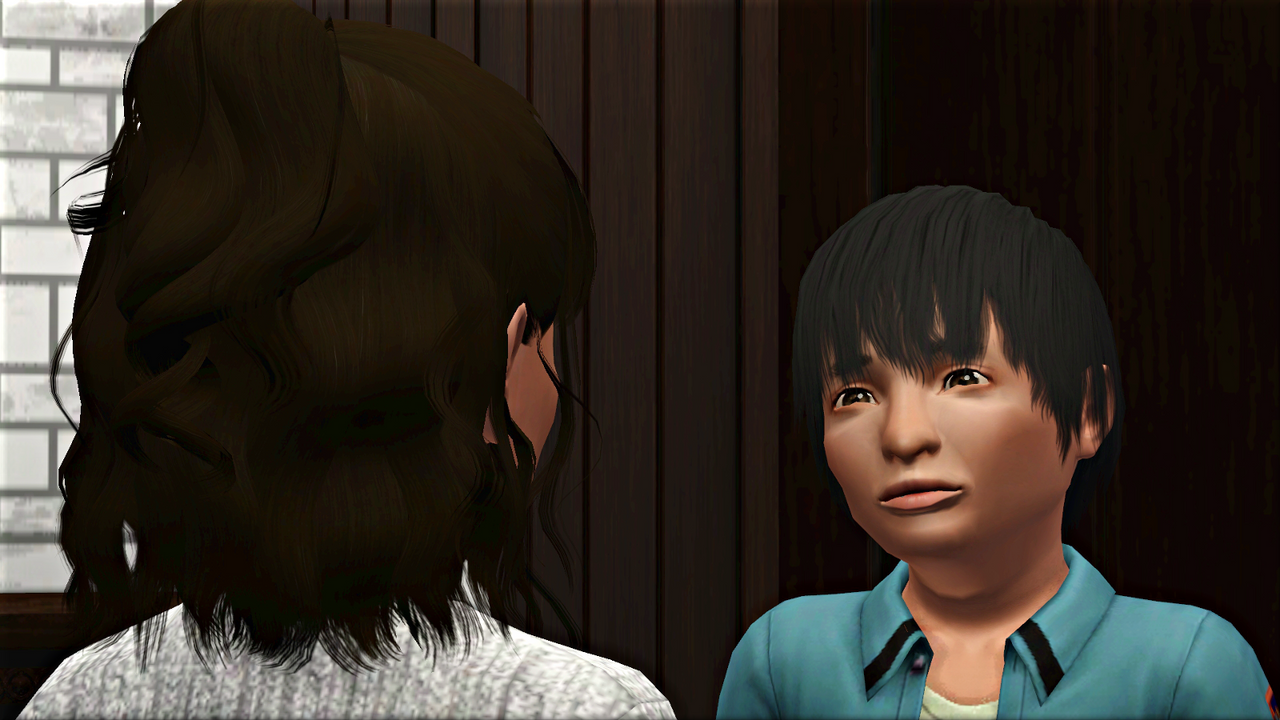 It turns out they’re both into computers, although I there doesn’t seem to be an option for them to talk about that. I can’t see why it wouldn’t be available for kids.

She also got to know Andrew Whitfield-Broke, who’s athletic and a genius. 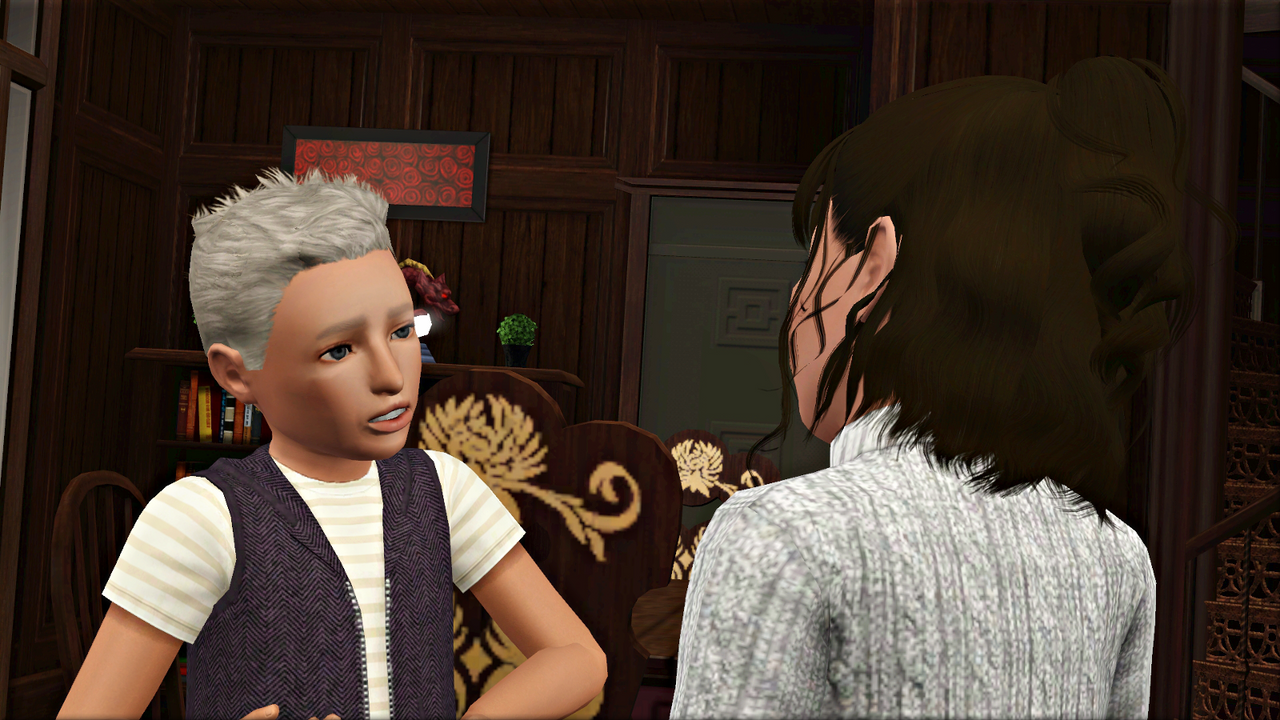 He’d brought his little sprite pet with him. 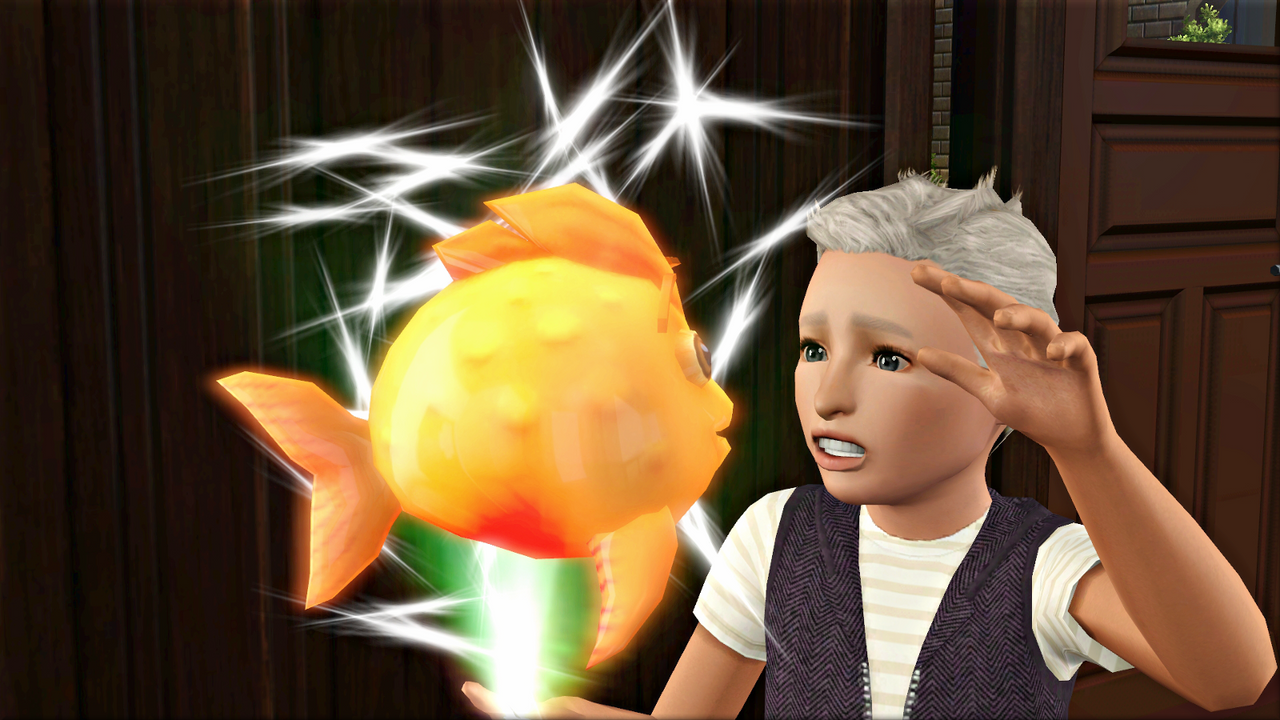 I got one for Jia too. 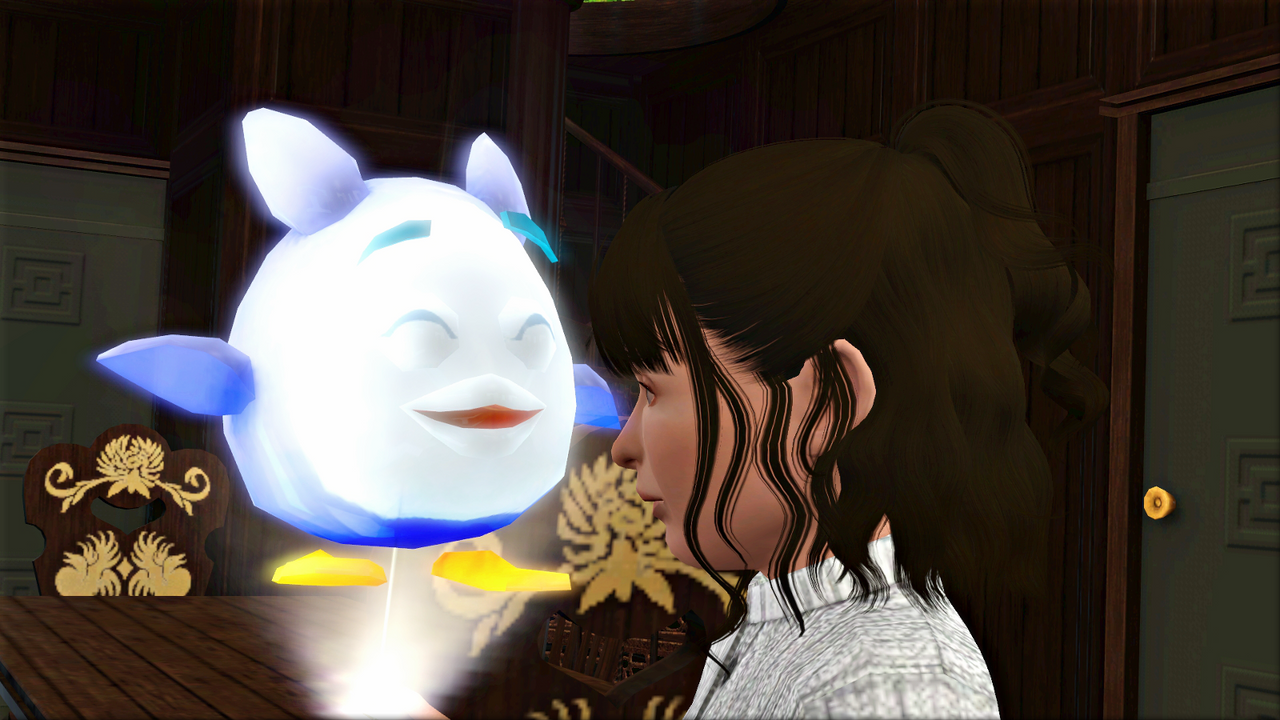 Andrew shared his sprite form with her. 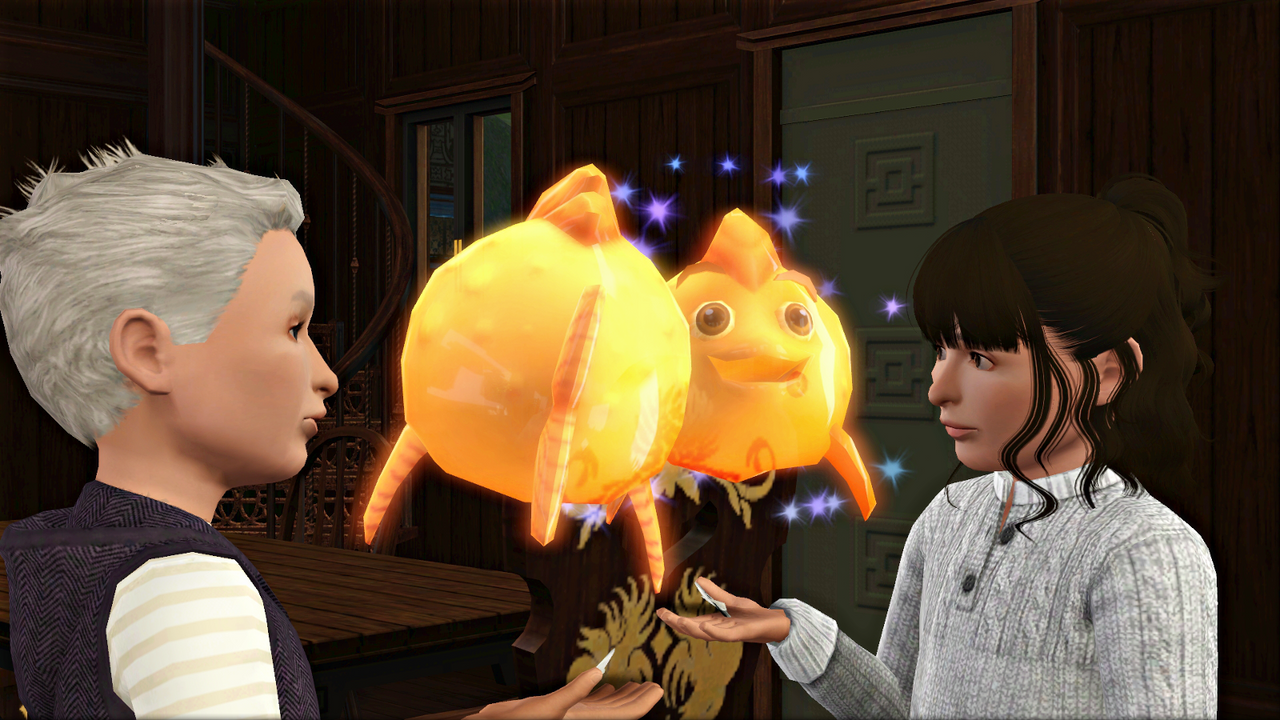 I had a few other things to buy for Jia too. I swapped out her crib for a bed. 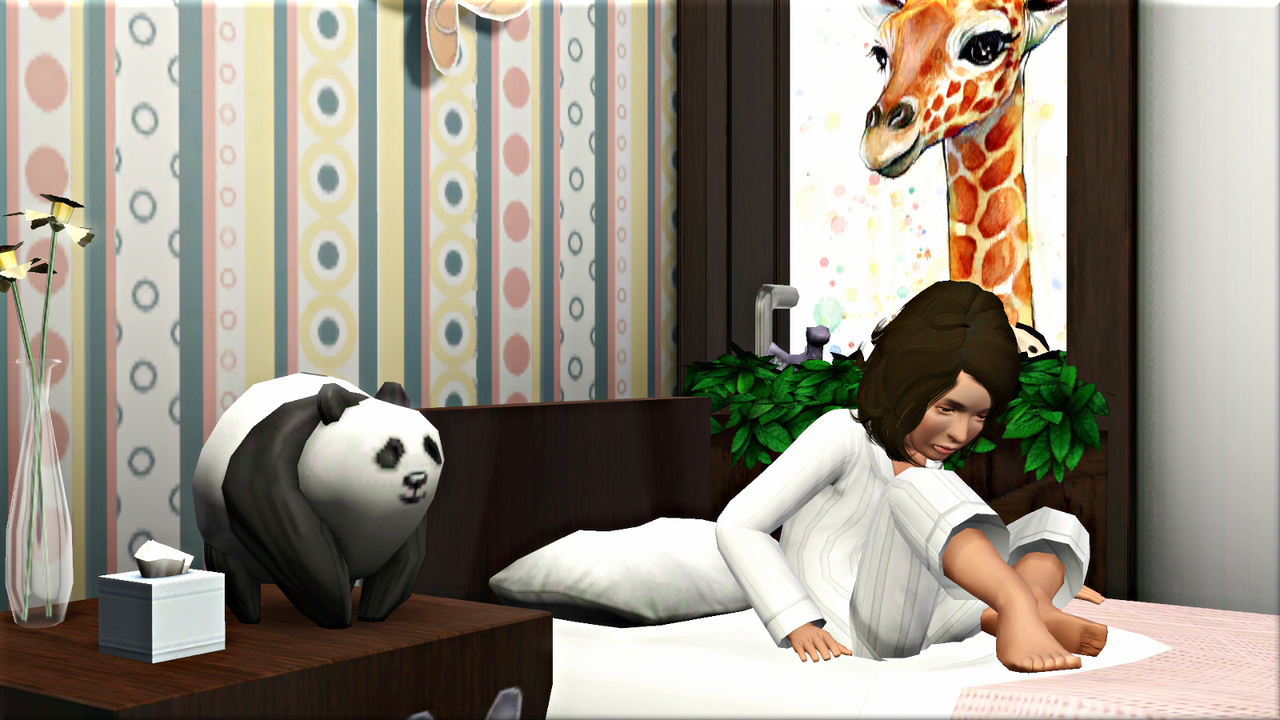 There was no obvious place to put a computer in the house, so I bought her a laptop instead. She used it to sign up for home schooling. 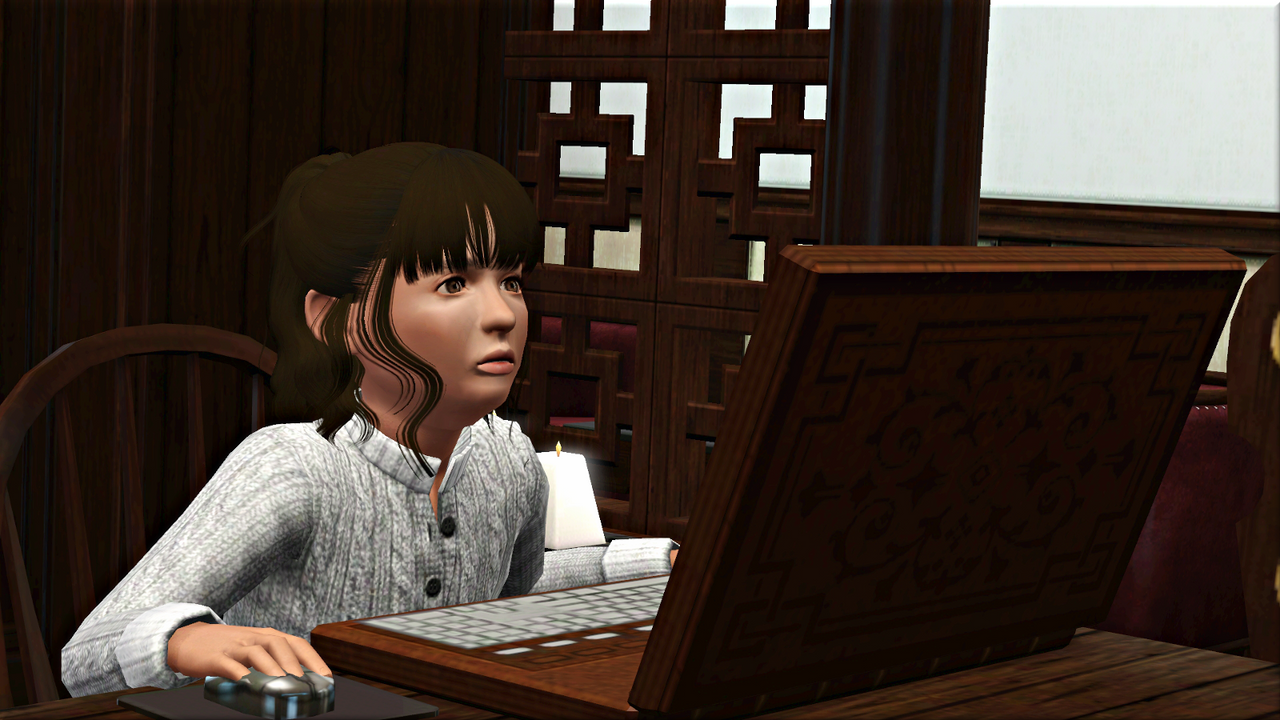 Ho Sung gave her a Windcarver for getting about town and Carter gave her a collection helper he’d purchased with LTR points. These should make it easier for her to do her collecting. 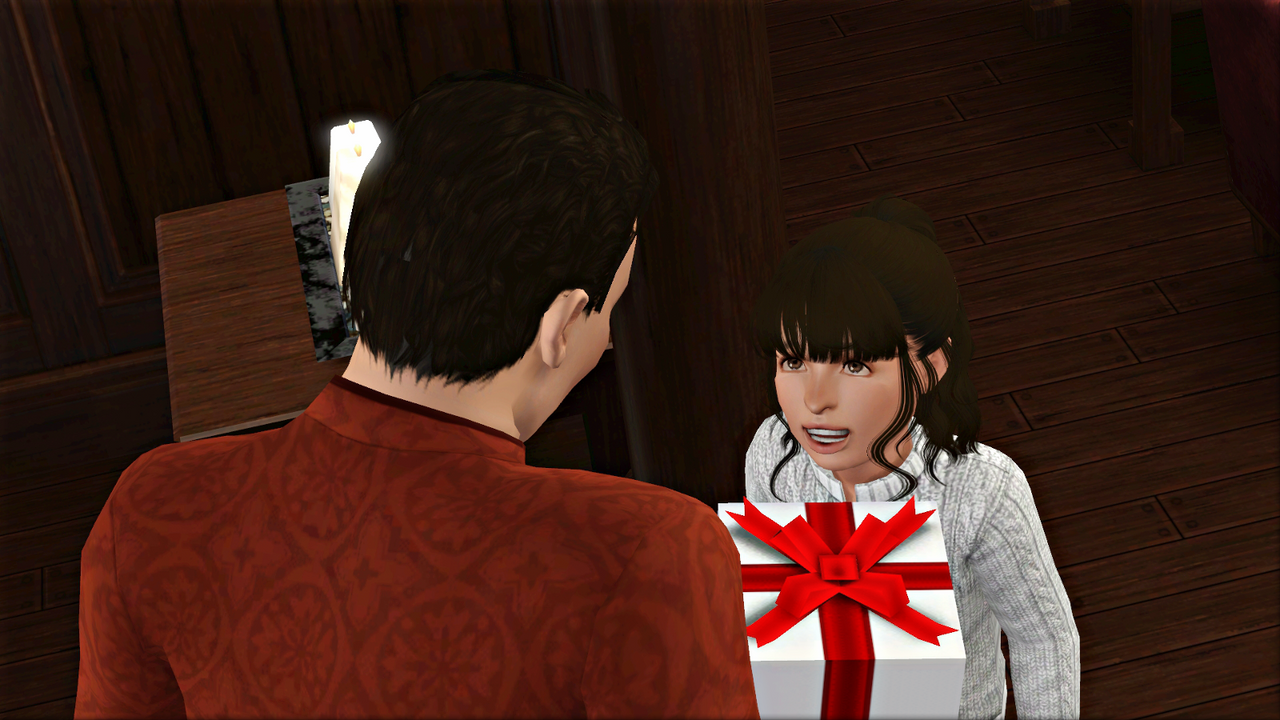 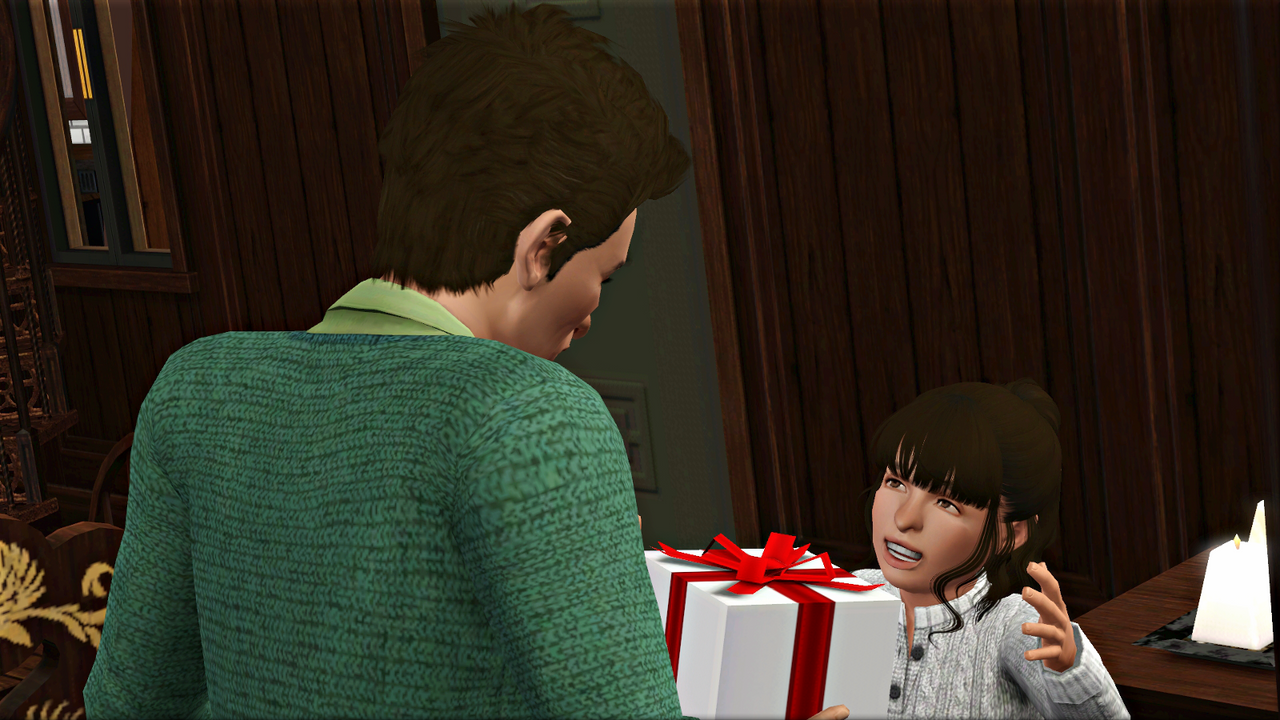