Back in Shang Simla, Jia cut all her gems, and sent her metals away to be smelted. 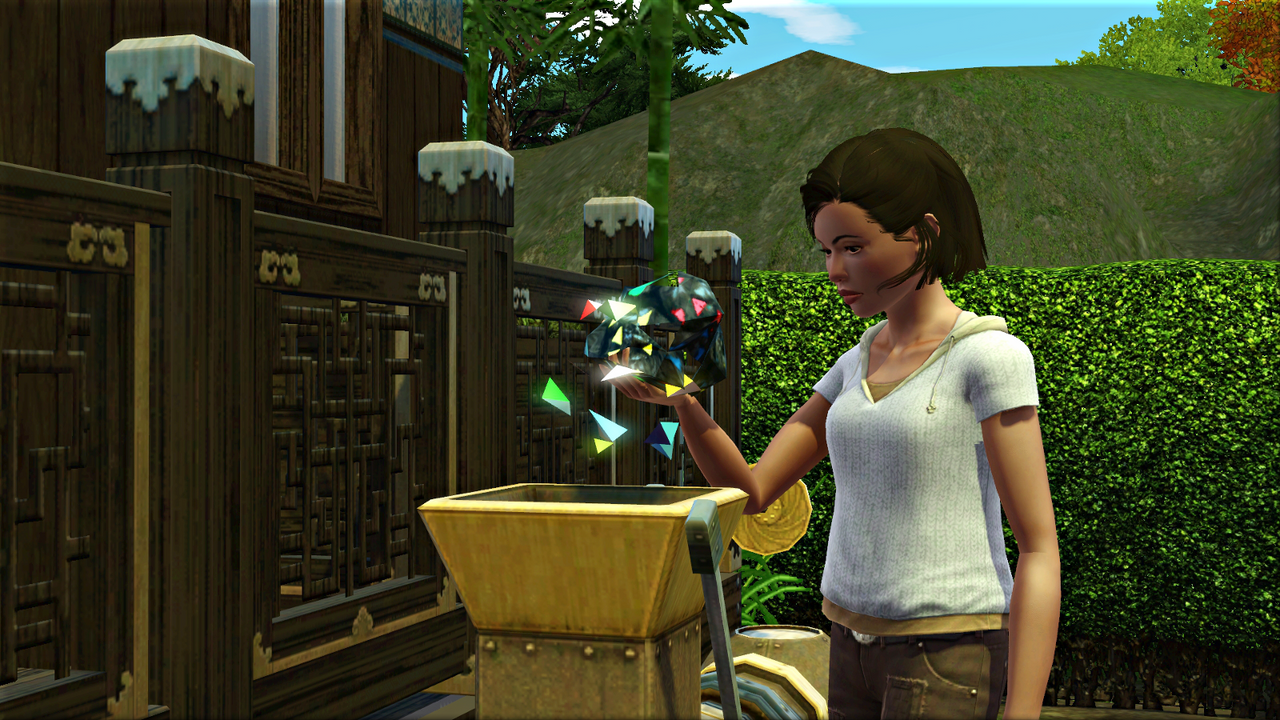 She laid the tiberium spires and dust out on the lawn to grow. 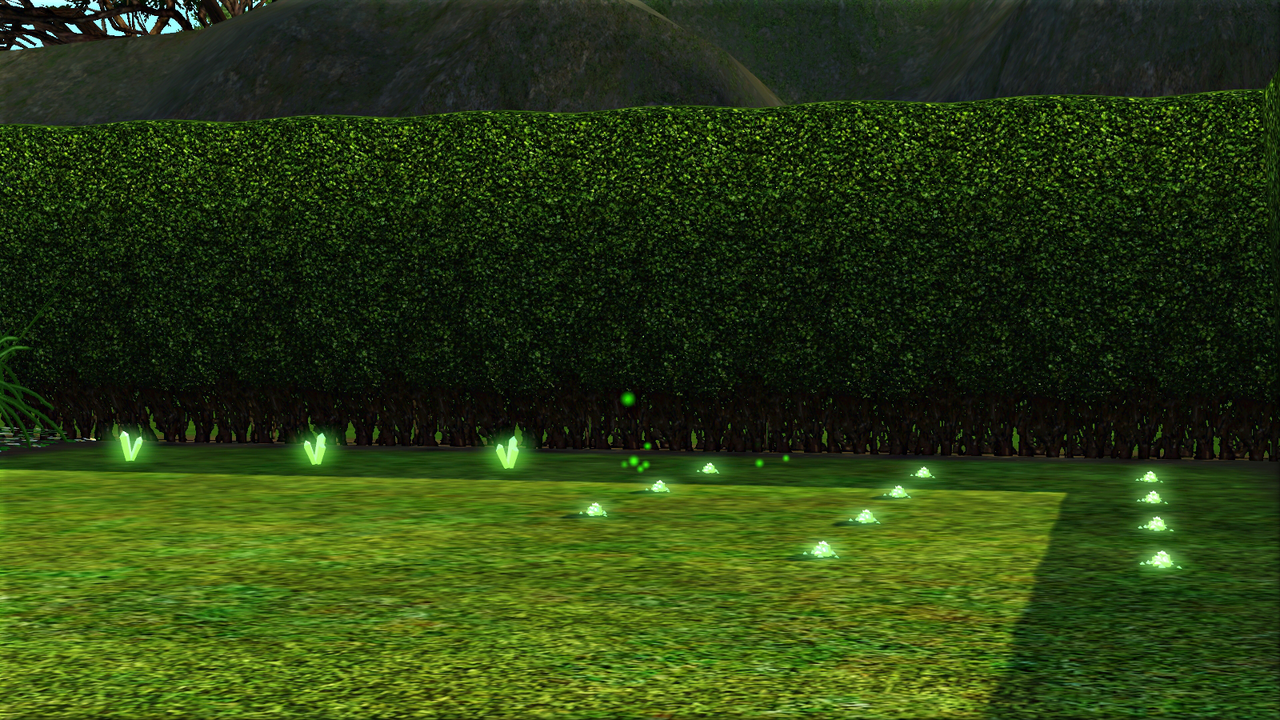 For everything else she used the valuable heart-shaped cut, since the gem-cutting machine is free to use. 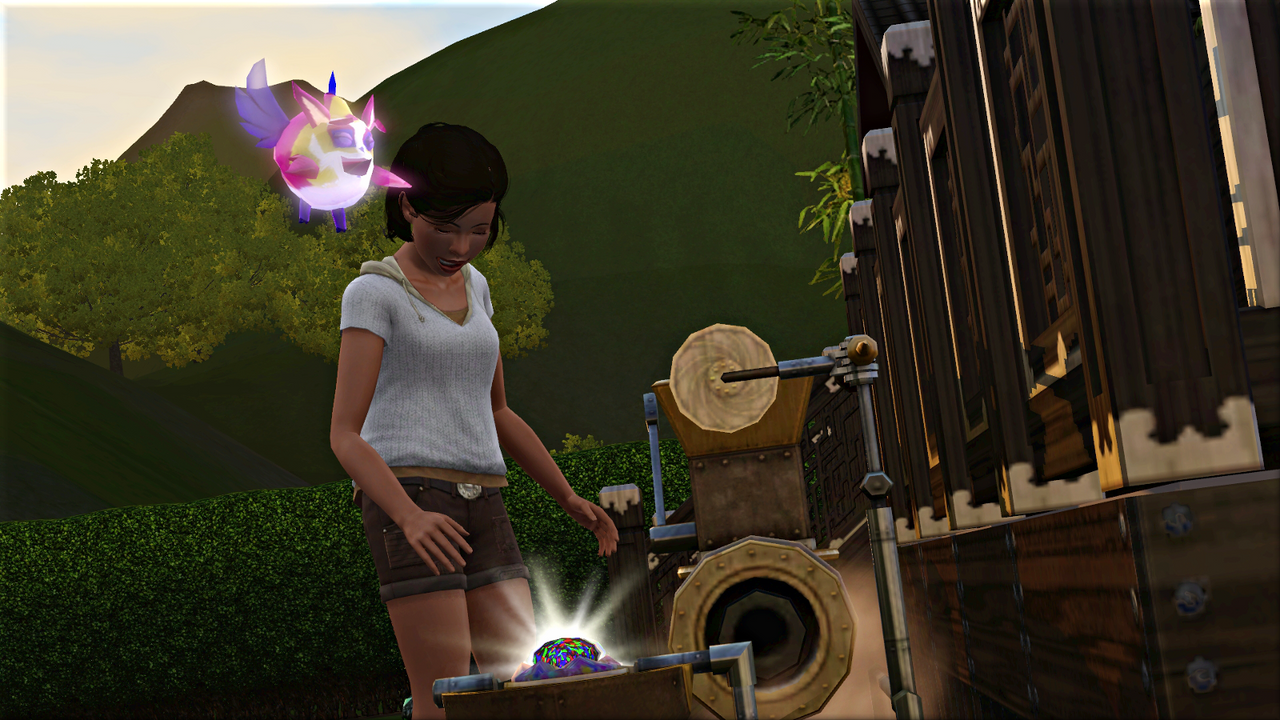 I kept back a few of the rarest gems for decorating the family’s next home, but otherwise sold it all, bringing in just shy of 300,000 simoleons. The tiberium would add another 500, 000 or so, once it had grown.

It’s not possible to sell gems in the consignment store without mods, but I’m happy enough to take a break from it for Jia’s generation. Carter goes there every other day, and next generation we’ll be back again with fish to sell.

Carter and Ho Sung hated the noise of their daughter’s gem cutting machine, but baby Lin slept right through the din. 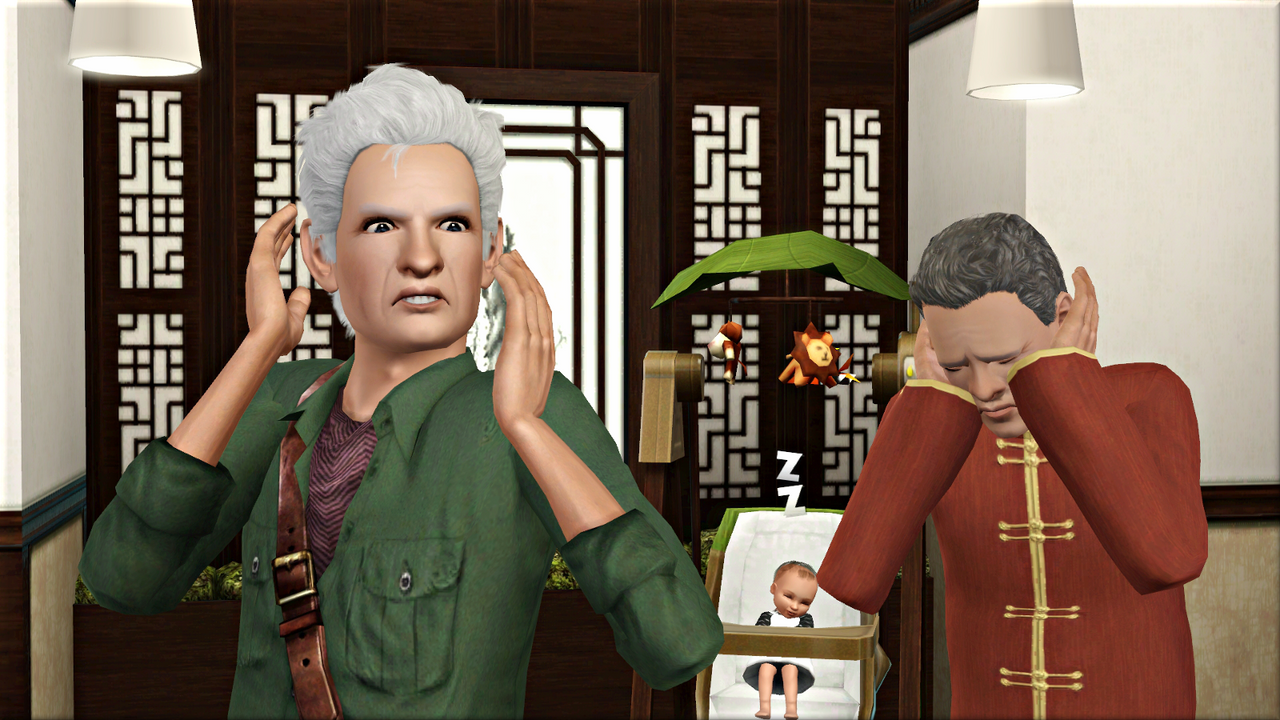 Soon it was time for Lin’s first birthday party. 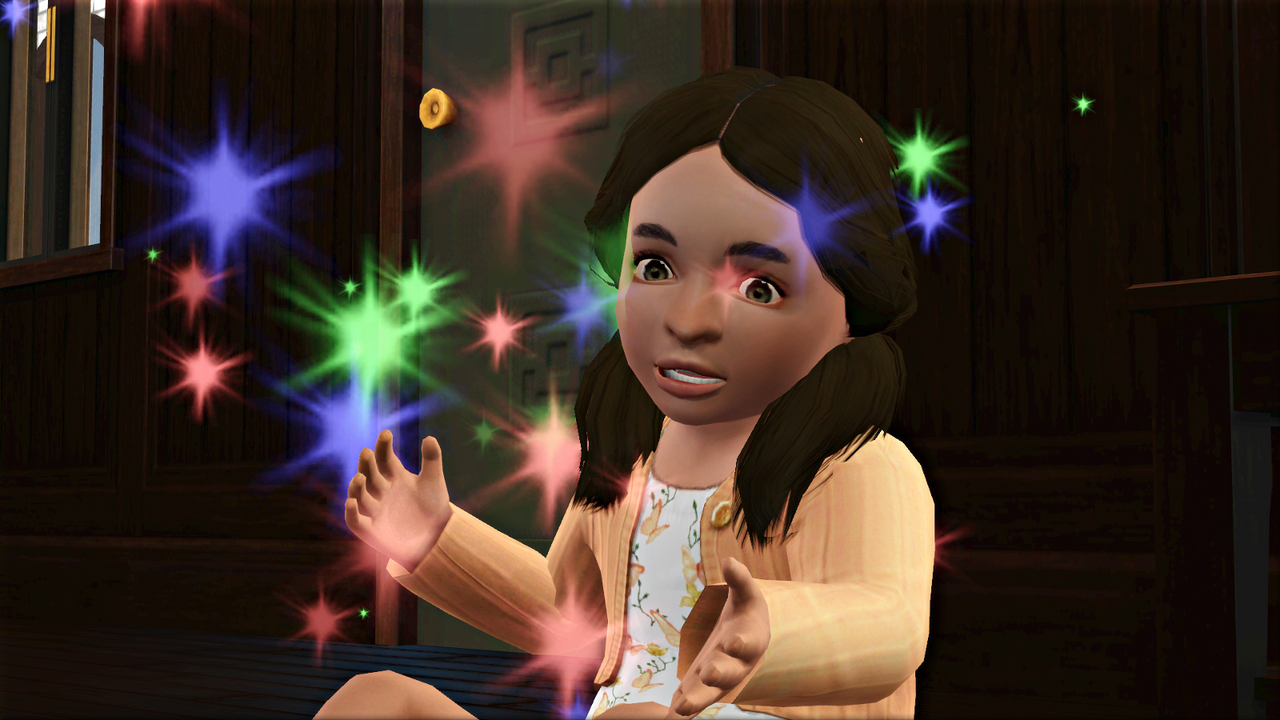 All the guests were eager to play with her. 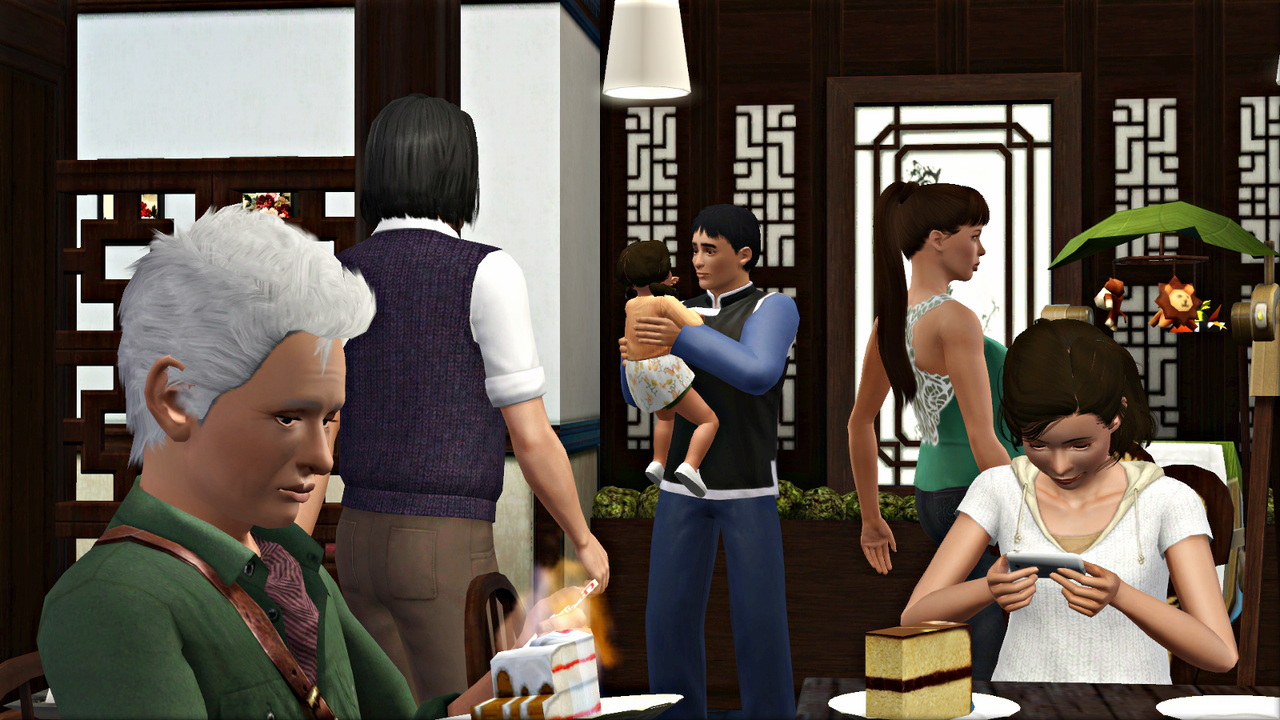 Jia was absorbed with her phone the whole time. I’ve been having her down skill drinks and stream video to try to level up her social networking skill. 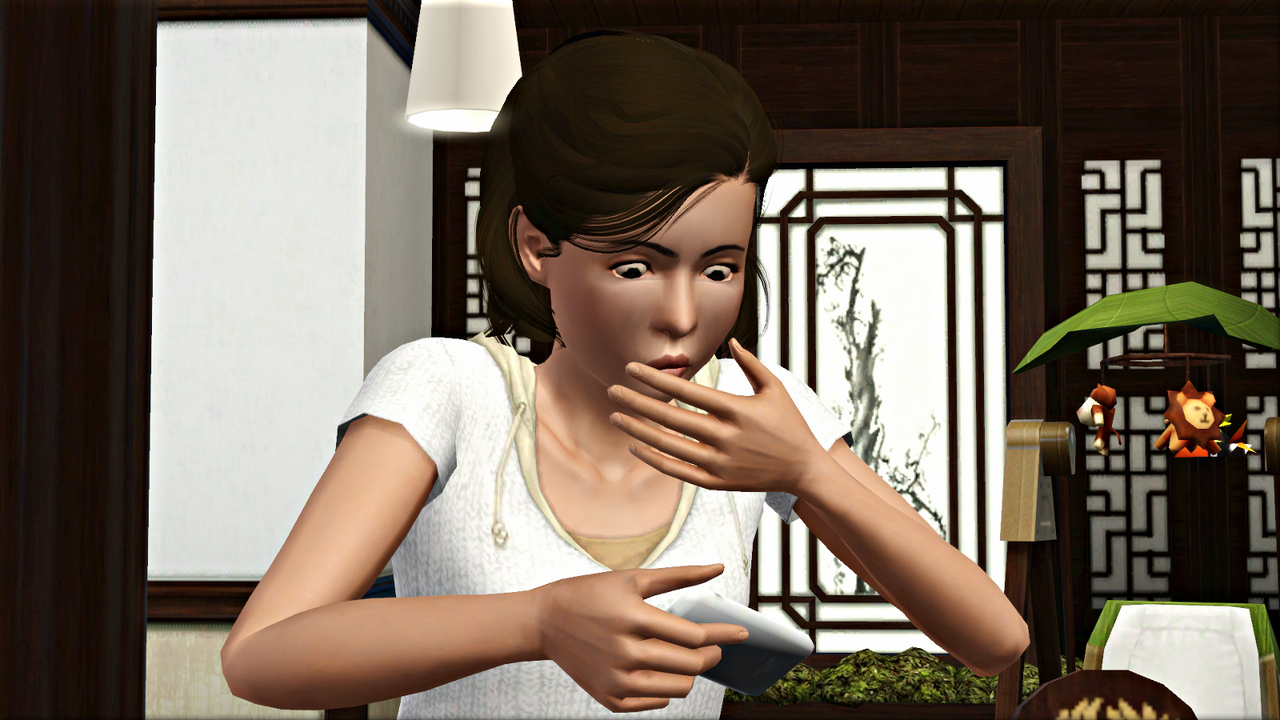 At level 5, she was able to start her news blog. I named it ‘Collecting in Shang Simla’.

Picking up bugs doesn’t seem to trigger the crucial ‘gotta blog about it’ moodlet’, but rocks, gems, and metals do. That’s fine; Jia needed to work on her space rock collection anyway. 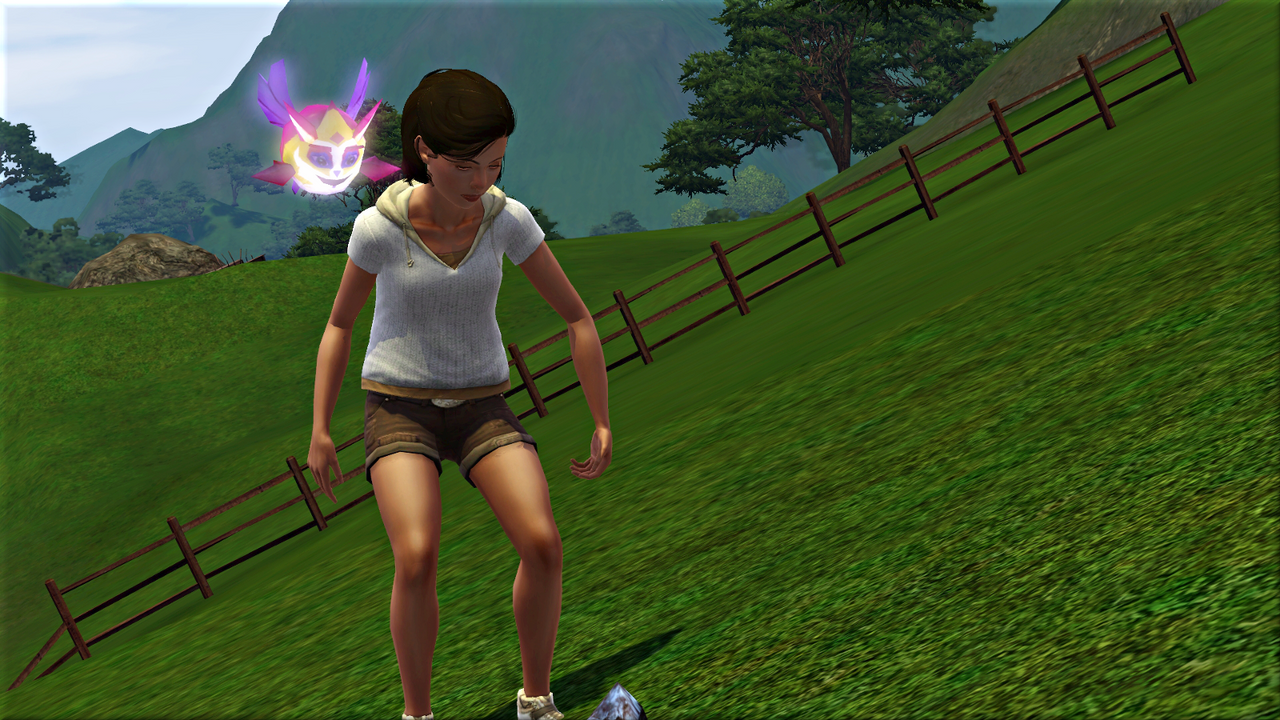 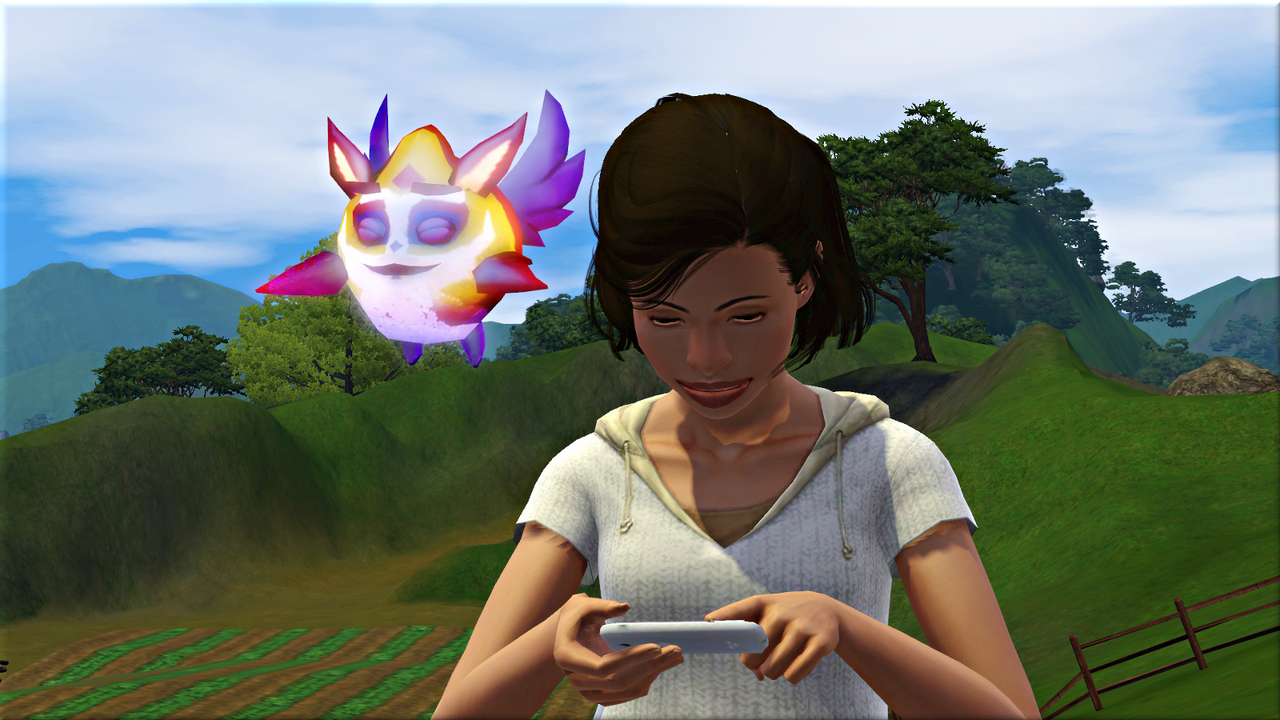 I should warn you now that the skill I like least in the whole game, and I’ve kind of been dreading this generation. We’ll see how we go.

Reading the newspaper is also meant to trigger the ‘gotta blog about it’ moodlet, but it didn’t for me. Gossiping only seems to work when Jia initiates the interaction, which makes no sense.

So I guess this will literally just be a blog about rocks that Jia has found. That actually sounds quite interesting in theory. In practice, it is not.

I might be into it if we were only making posts for new finds. I was certainly pretty excited when Ho Sung’s board-breaking revealed a hunk of soulpeace. Now the only gem we don’t have is the pink diamond. 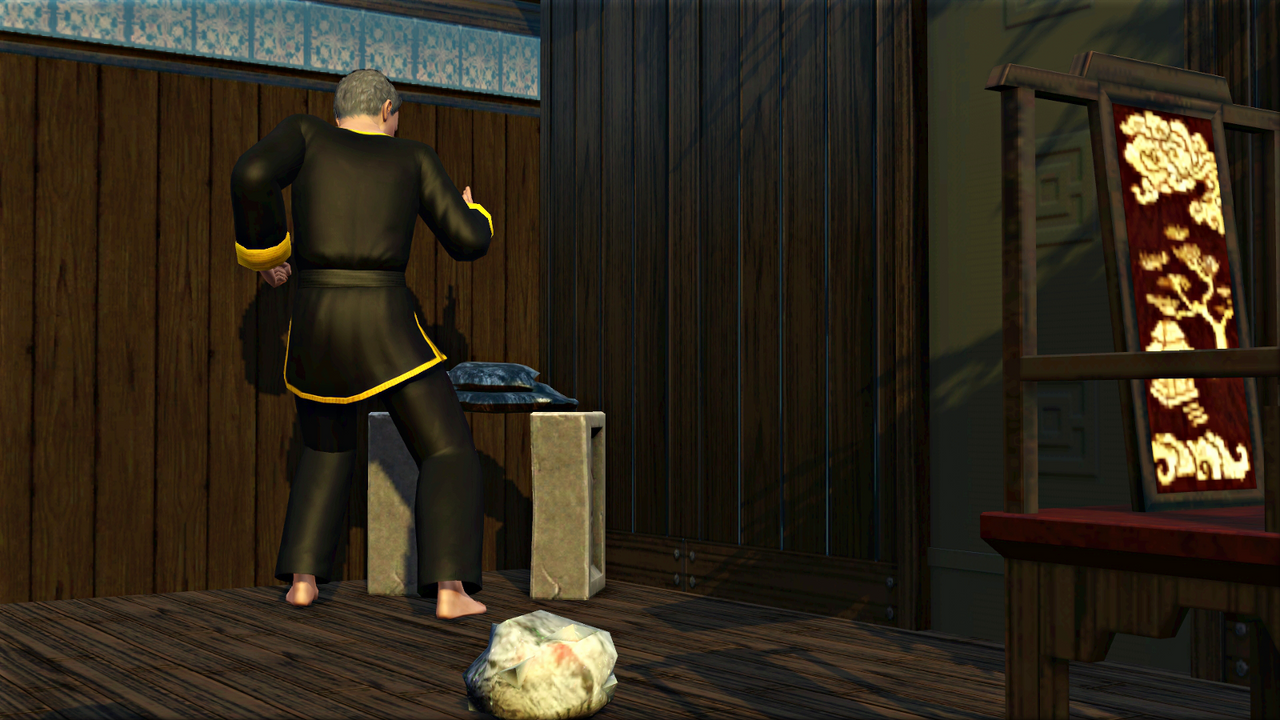 But that wouldn’t be enough posts to get Jia the number of followers she needs for a five-star blog, which I’d like to be able to accomplish before we sell the darn thing.

Carter took some pictures of the gems and metals for his collection. I dragged them into Jia’s inventory to see whether she could upload them to her blog, but it seems she would have needed to have taken them herself.

Out in the garden, all of the tiberium had grown into large spires, even the ones that started out as dust. 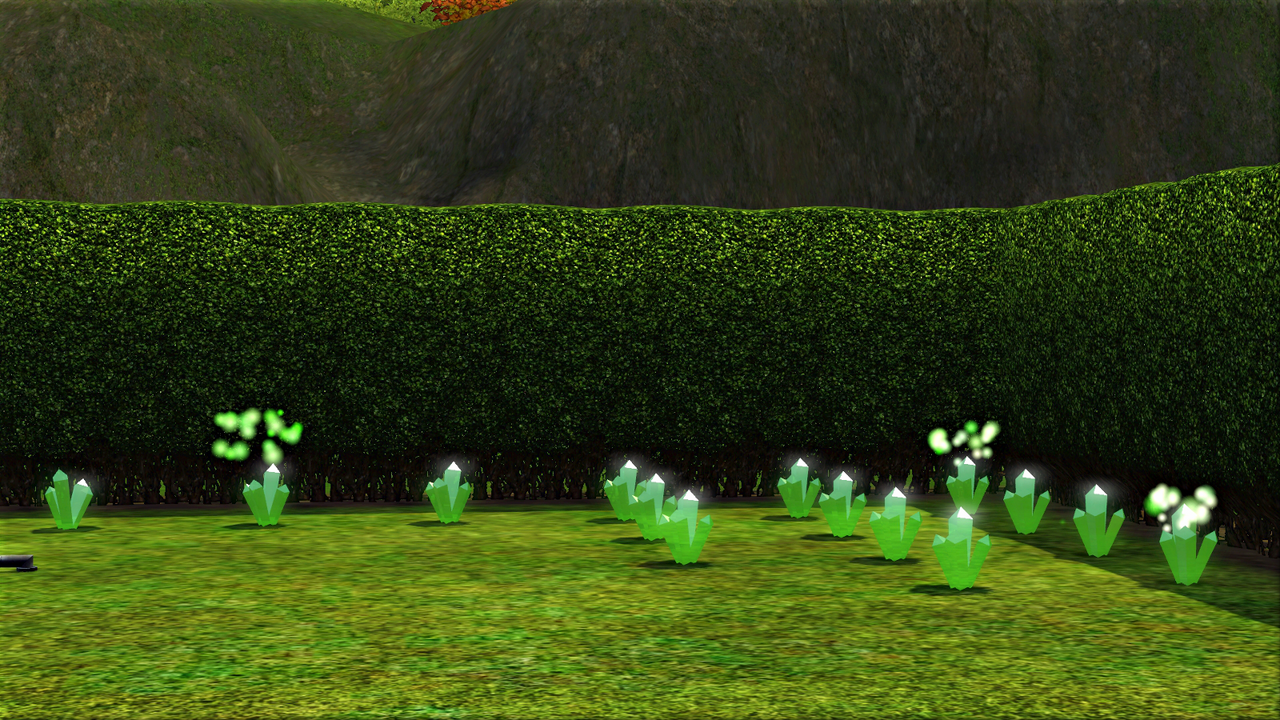 Jia took a break from her collecting blog to hang out with her friends at the park. 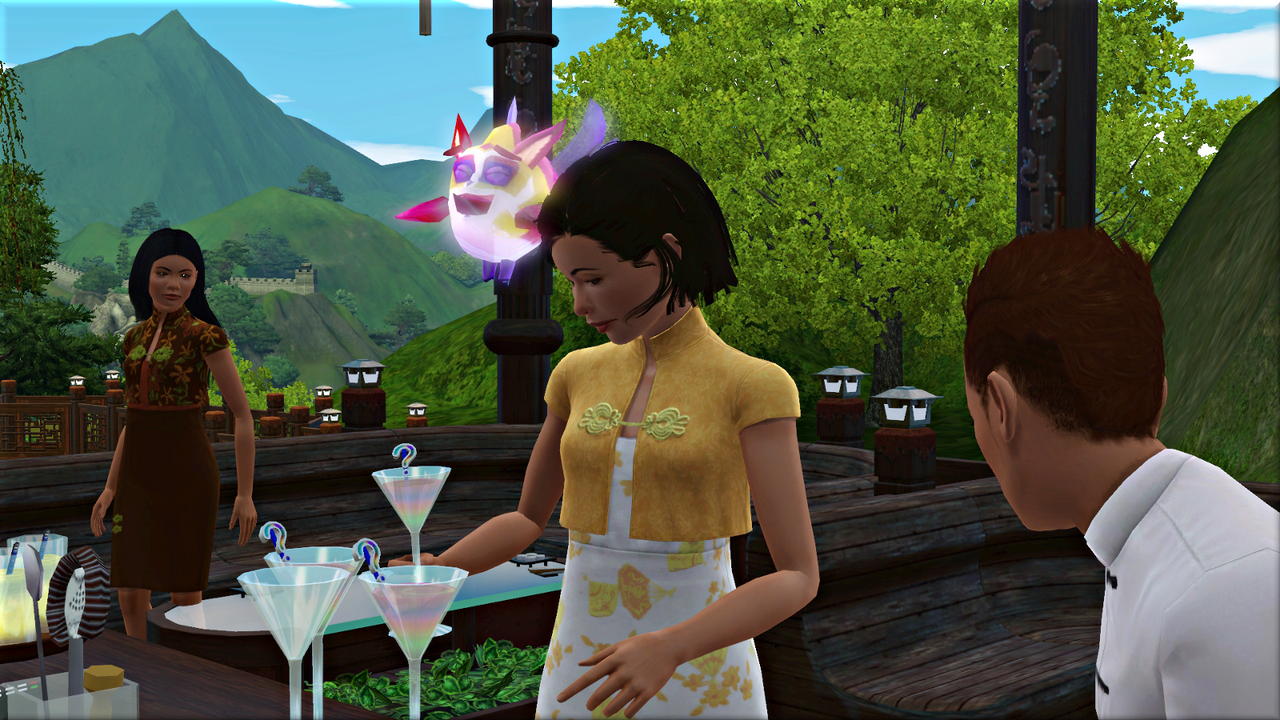 Fellow computer-whiz Jing showed up late in his pajamas. 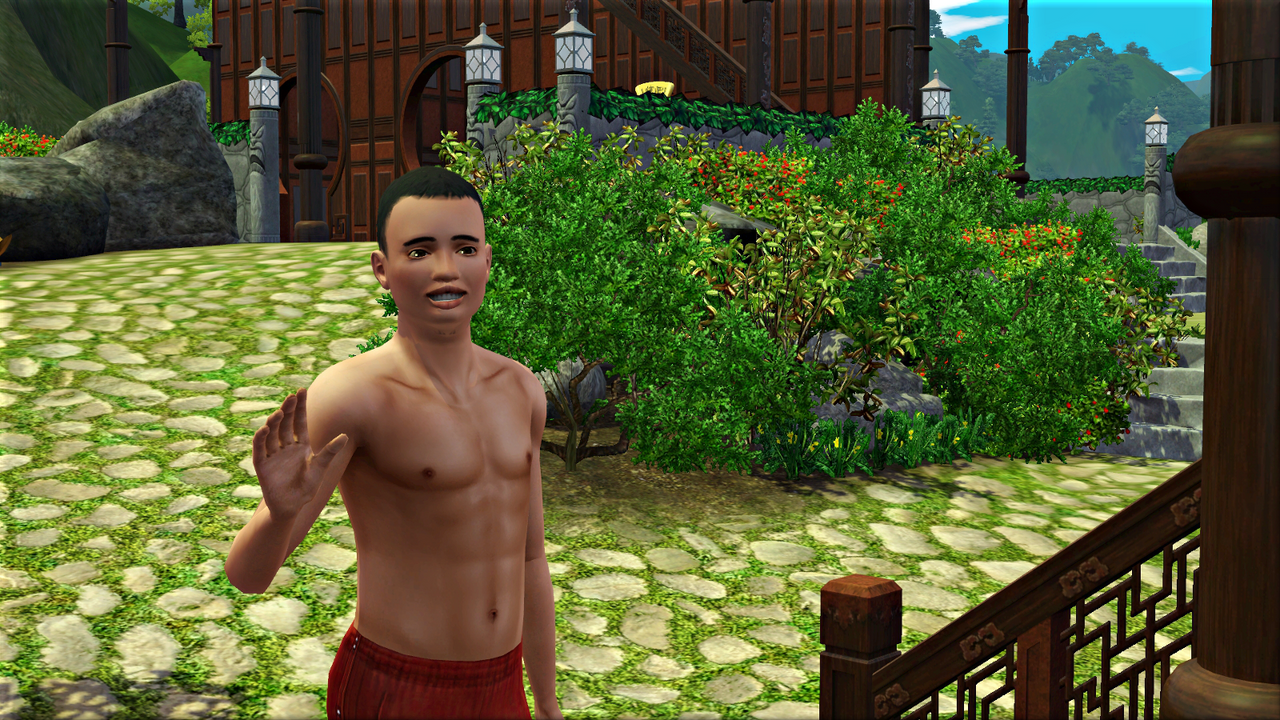 Jia met her friend Huang’s brother Gang. He’s brave and excitable, and he loves the outdoors, making him not a bad match for our daredevil, over-emotional gatherer. The two clicked at once. 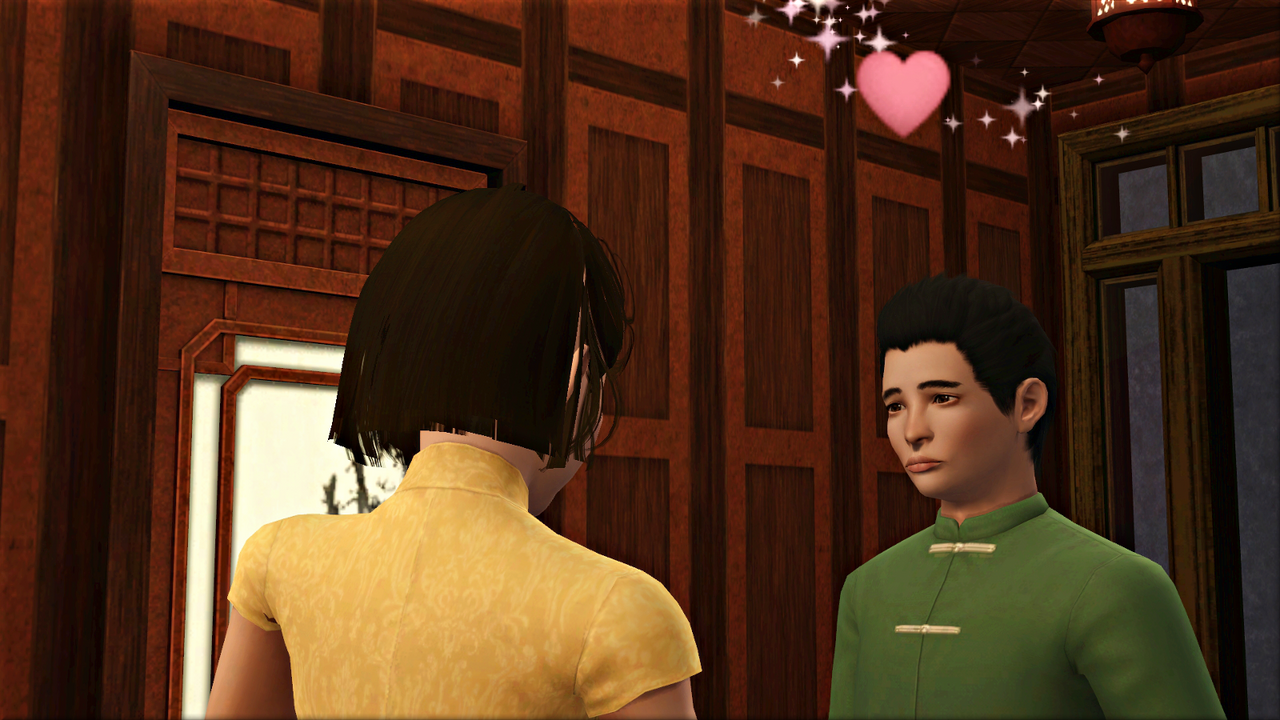 Jia didn’t stay out late. She’s always so busy finding rocks and writing about them in her blog, and I wanted her to spend some time at home with her sister. 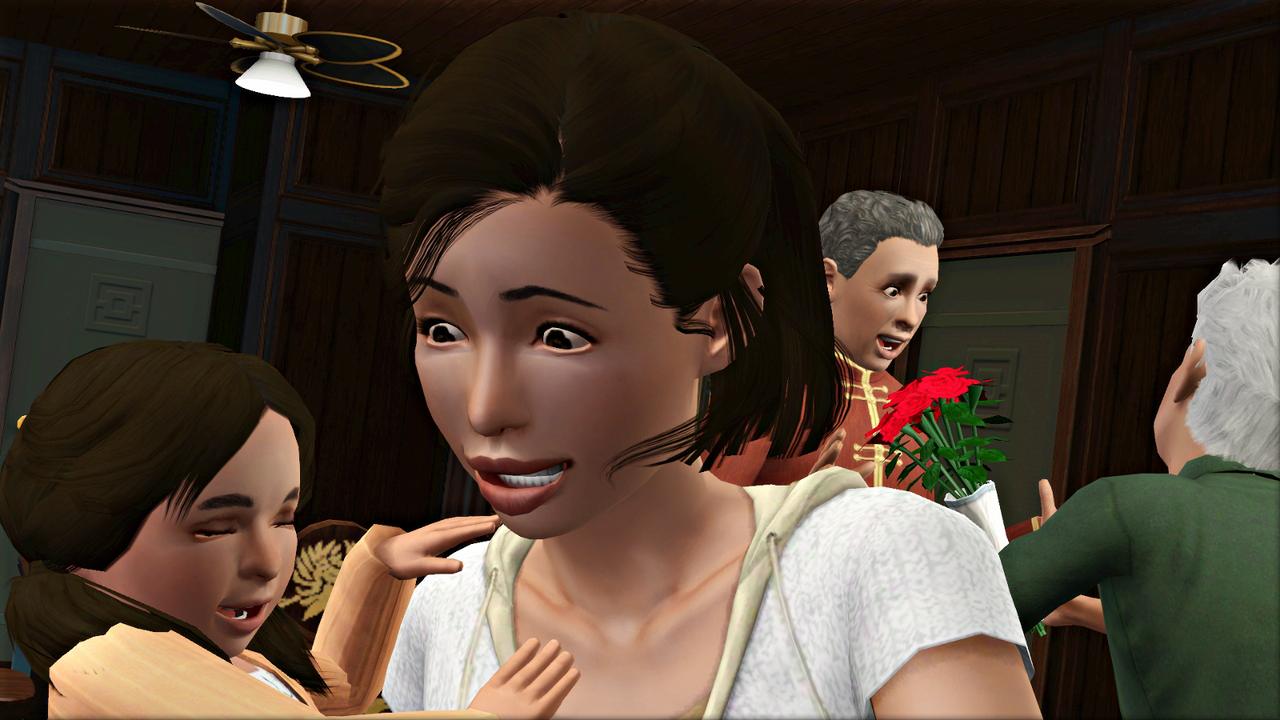 With so much attention, Lin quickly learned her toddler skills. 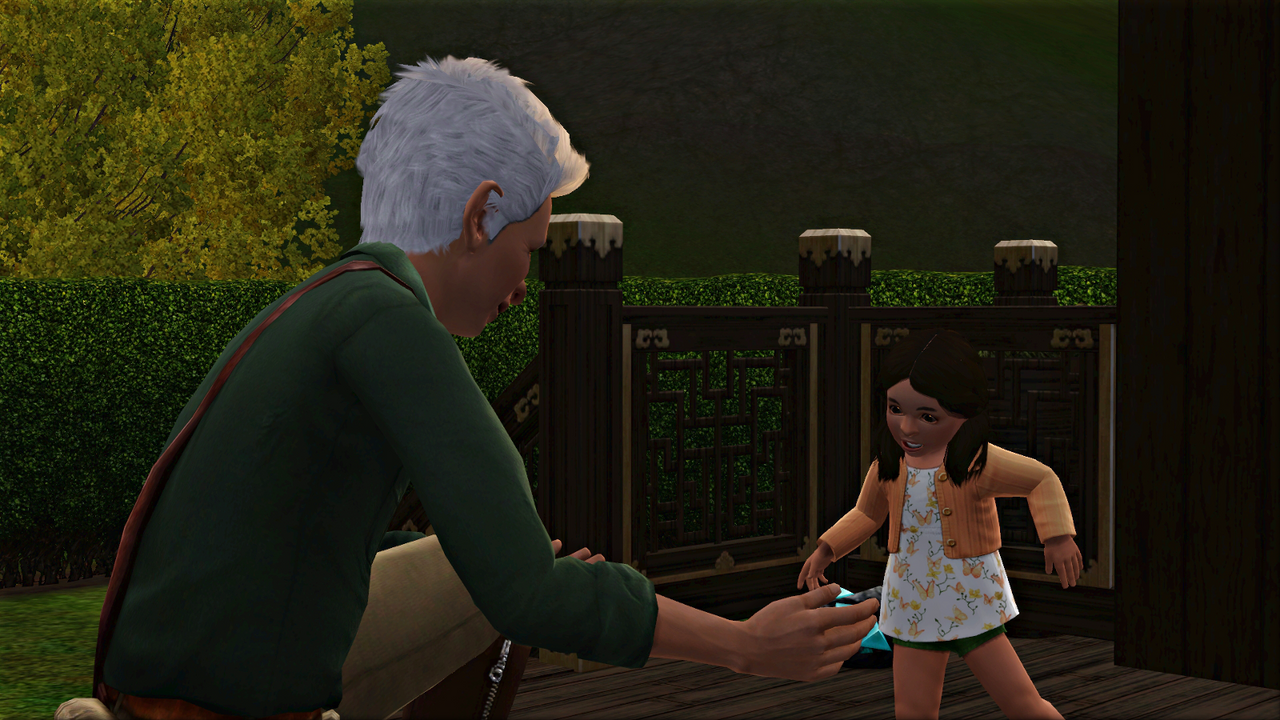 It would be both girls’ birthdays soon enough, and definitely time for us to move into the new home I’ve been building.

A few days before the move, Ho Sung got a random phone call requesting that he explore the Dragon Cave. 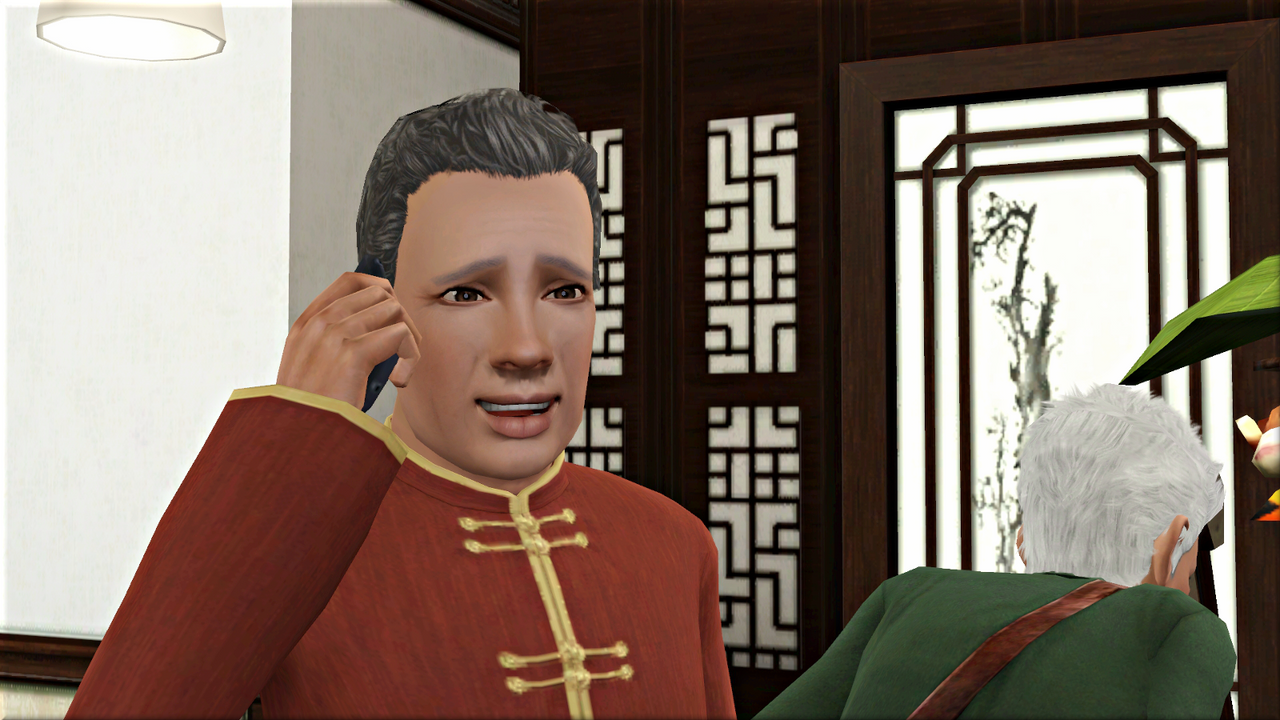 It took longer than I expected. The counter must have been reset between worlds, as Jia had to do the full twenty.  But, when we were finished, she was able to upgrade the family’s synthesizer to quality level four. Now all the food that Jia makes should be perfect quality. 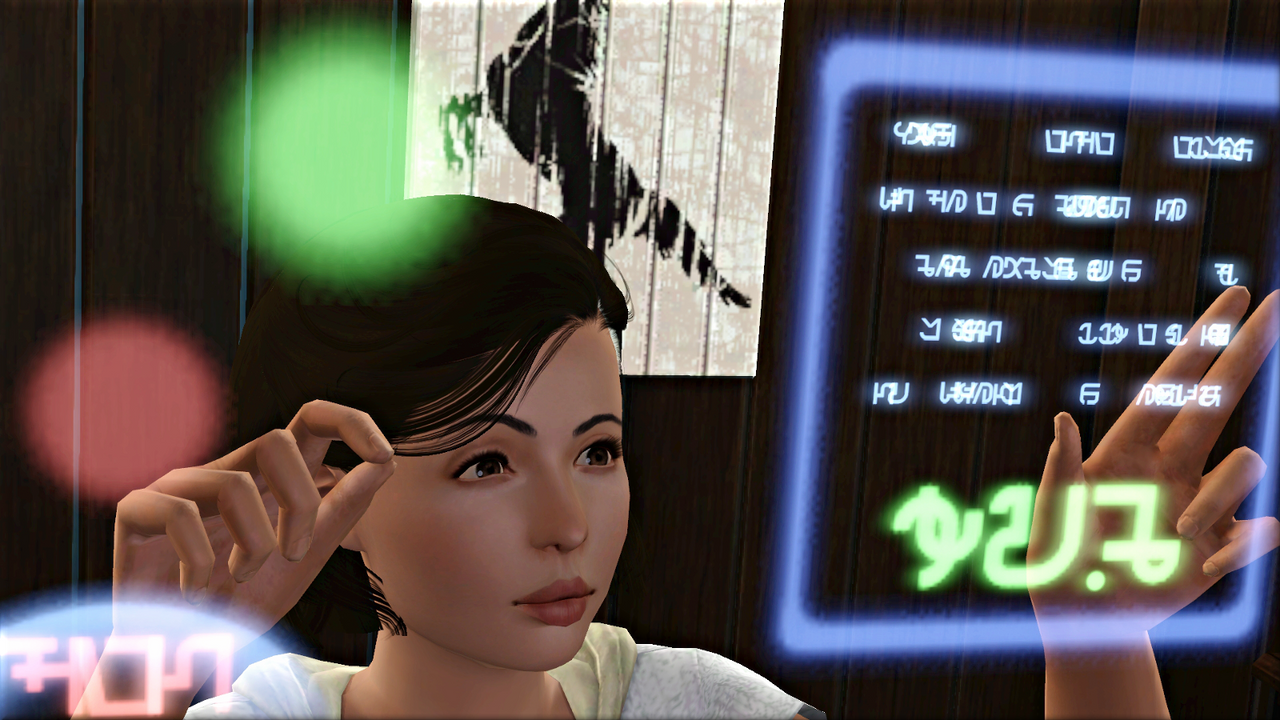 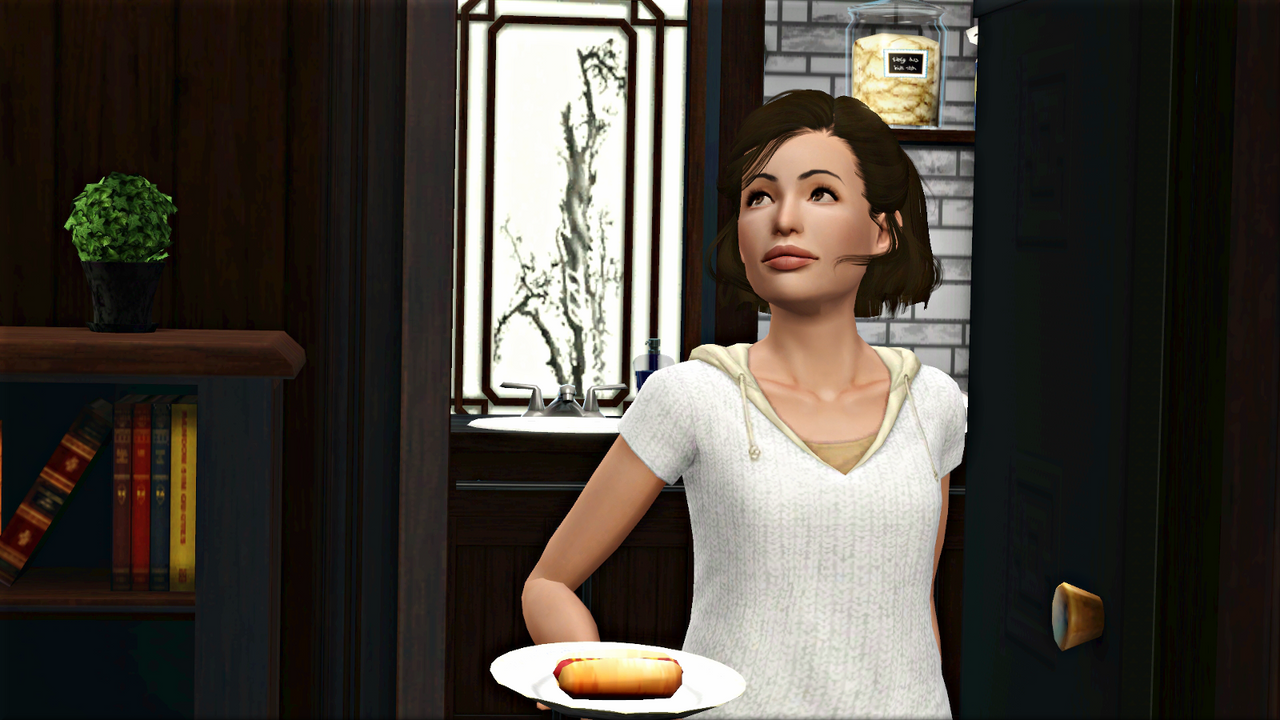 The Dragon Cave quest wasn’t really anything. All Ho Sung had to do was step inside. Maybe he’ll get another call about the next phase of it too, or I could just send him to the adventure board. Whichever I choose, it’ll be from the new house!