At the end of each day, Jia continued to experiment with the dream pod. 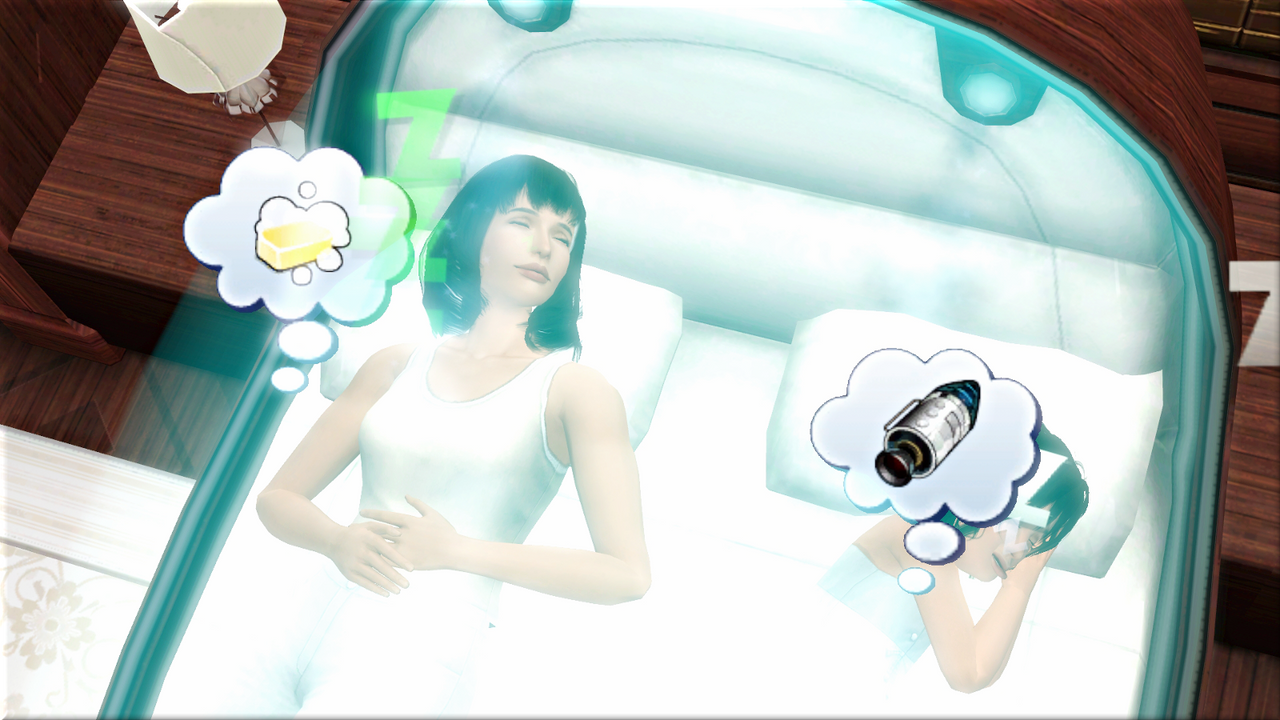 A good dream about cleaning the house temporarily replaced her gatherer trait with neat. 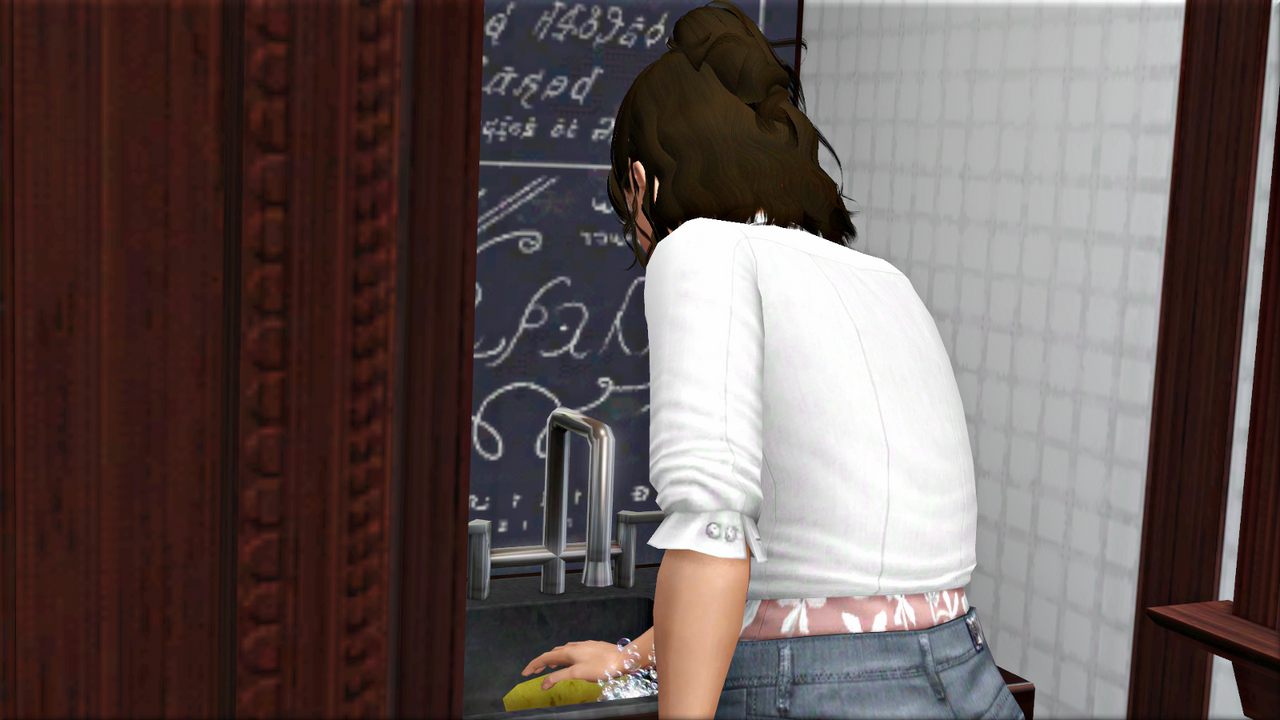 For Lin, I kept choosing dreams about advanced technology, which usually turned out normal, with a couple of good ones here and there. Eventually, she was able to get her skill up high enough to unlock the sprite form Chromec. 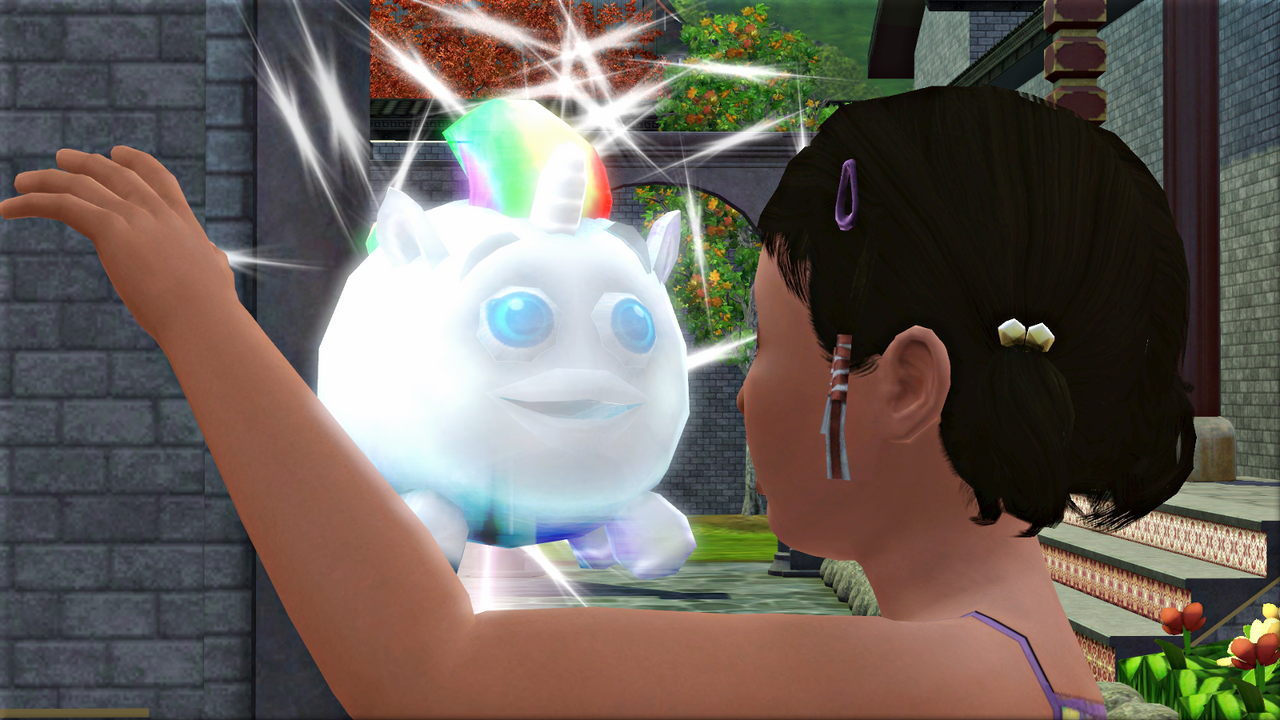 She’s taken to doing her homework in the sauna, which is a bit weird. Let’s say she wants to be near her dads. One or both of them are usually in there. 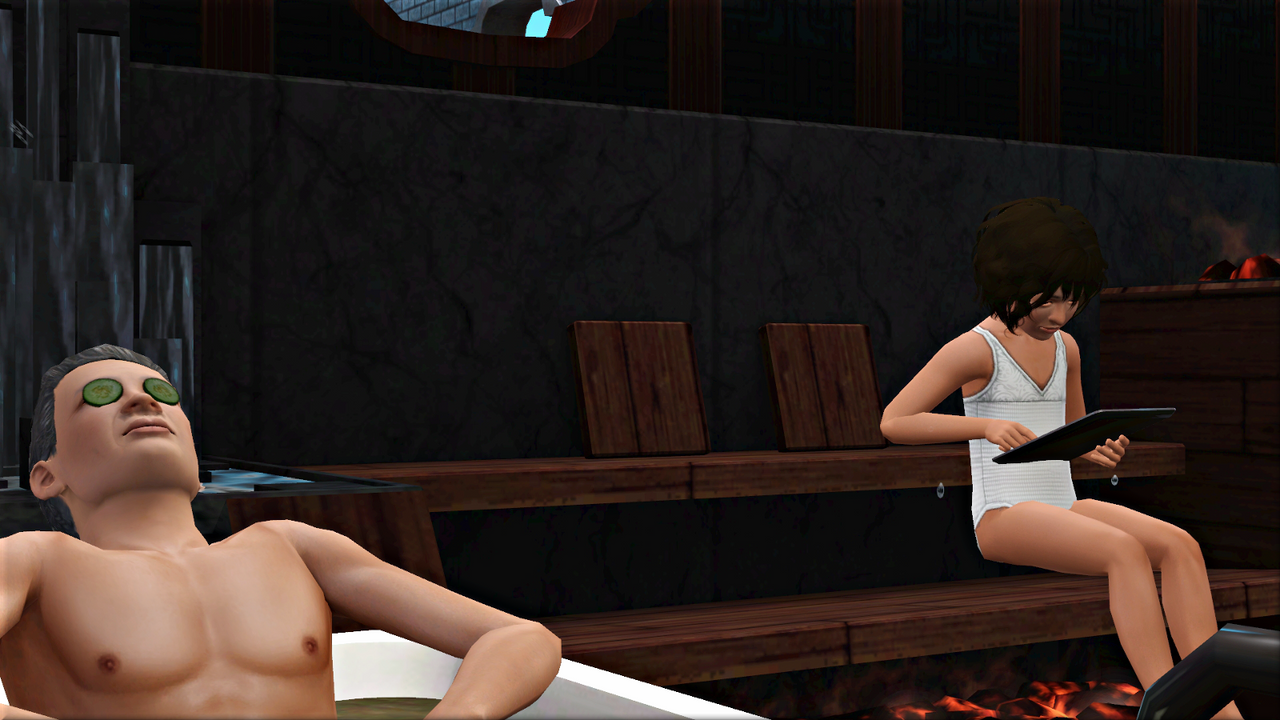 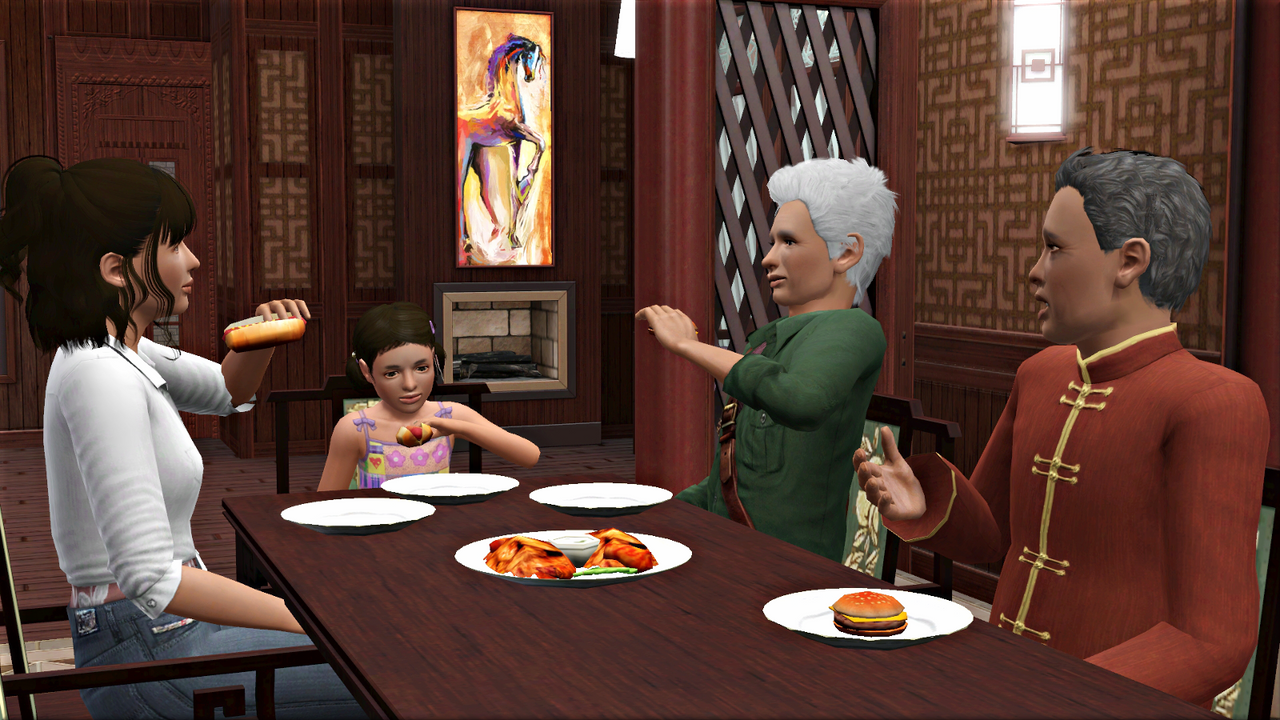 I haven’t let them turn on the fireplace yet, since I don’t have a handy sim to upgrade it. When Jia has enough lifetime happiness points to spare, I’ll get her the ‘fireproof household’ reward.

I wanted to have Ho Sung complete the series of Dragon Cave adventures he began two parts ago, so I sent him over to the board at the base camp. Unfortunately, all of the ones on offer were just dead-end fetch quests.

While he was unsuccessfully searching for something better, he encountered a couple of lost-looking plumbot ‘explorers’. I guess I should turn off tourists from Oasis Landing in my Travler settings. 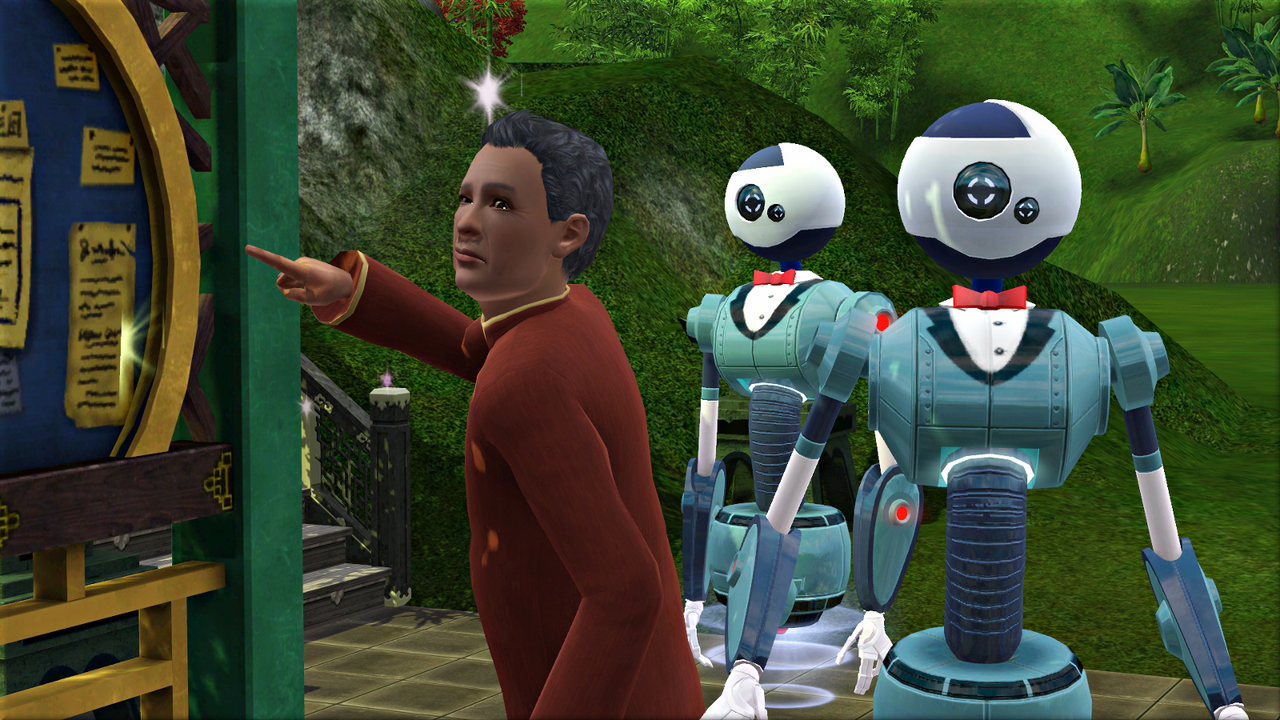 Jia finally got her blog to five stars. This was the goal I’d set myself for the social networking skill, and I was content to have reached it and be able to sell the darn thing. 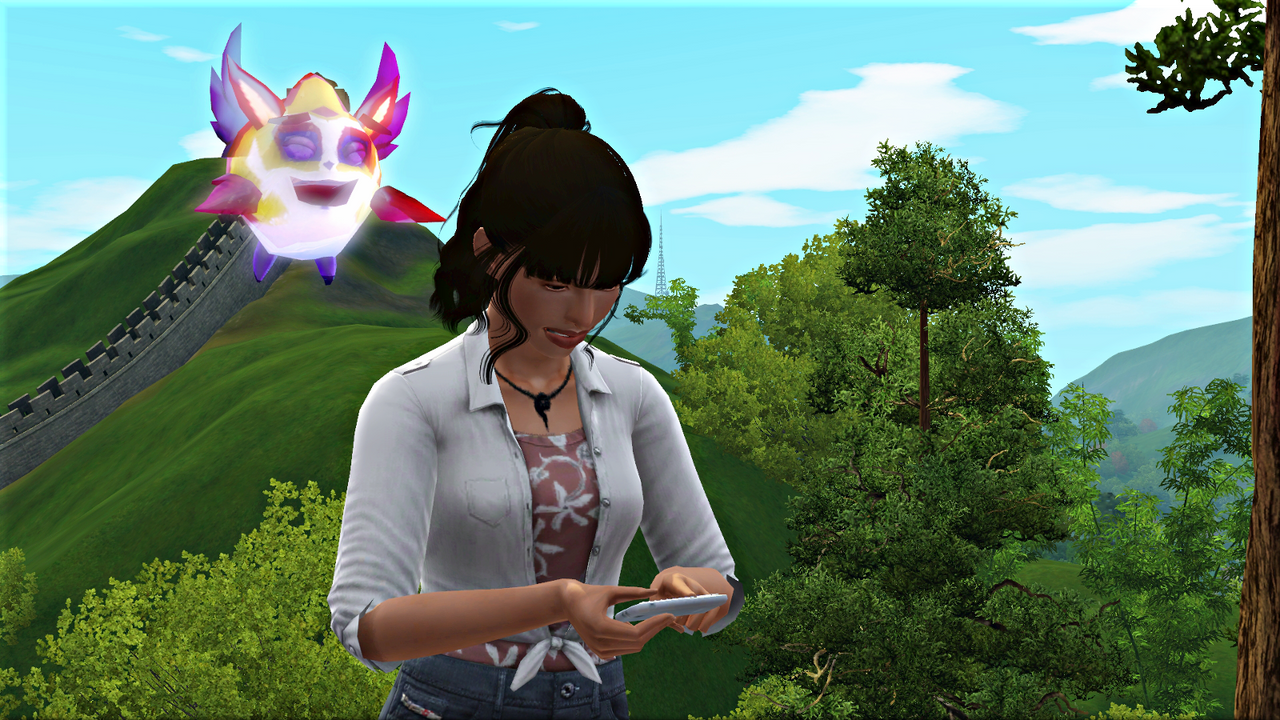 The sale brought in 6,589 simoleons. Jia immediately started rolling wishes to start a new blog and write blog posts, but I just can’t. This is the only skill in the game I have no interest in playing. In fact I think I might like it even less after this play through.

Jia is still working on her collections; she just won’t be blogging about them any more. I’ve been keeping my eye out in the consignment store for the miner from Ambitions, as I think that might help her get some of the metals and rocks she’s missing. It hasn’t turned up yet, but Carter did buy her a harvester, since she never got a birthday present. 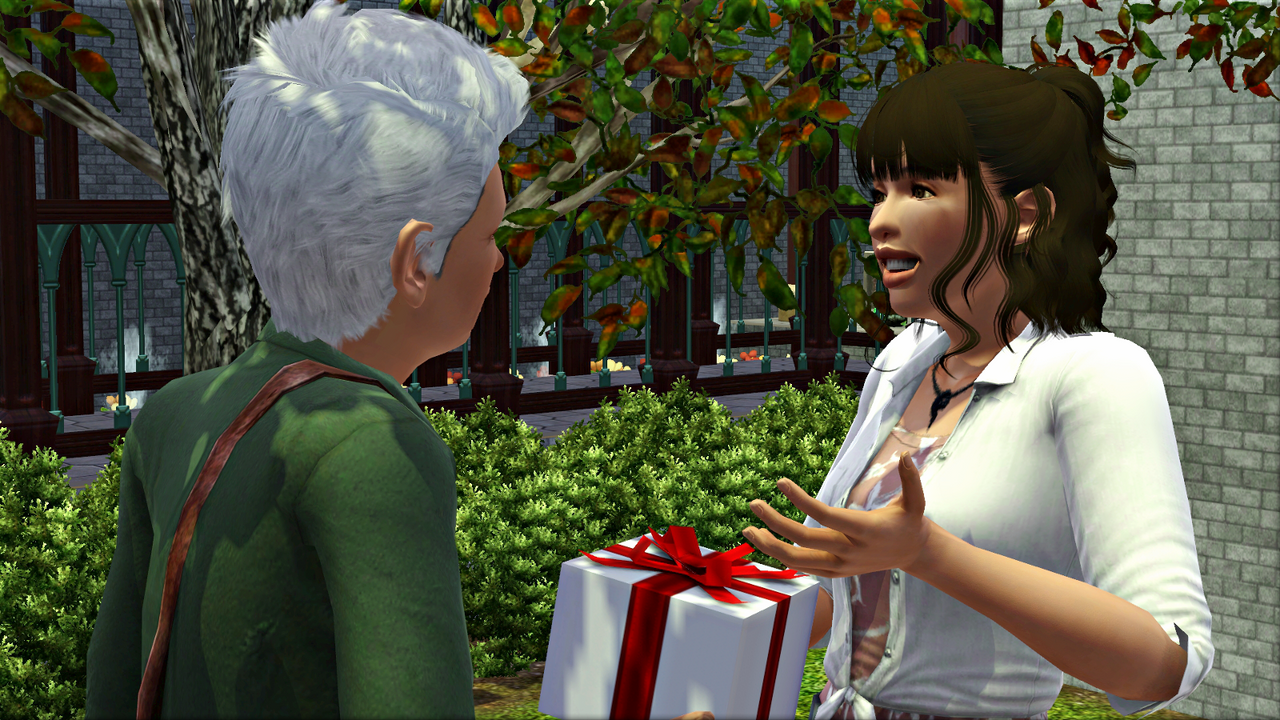 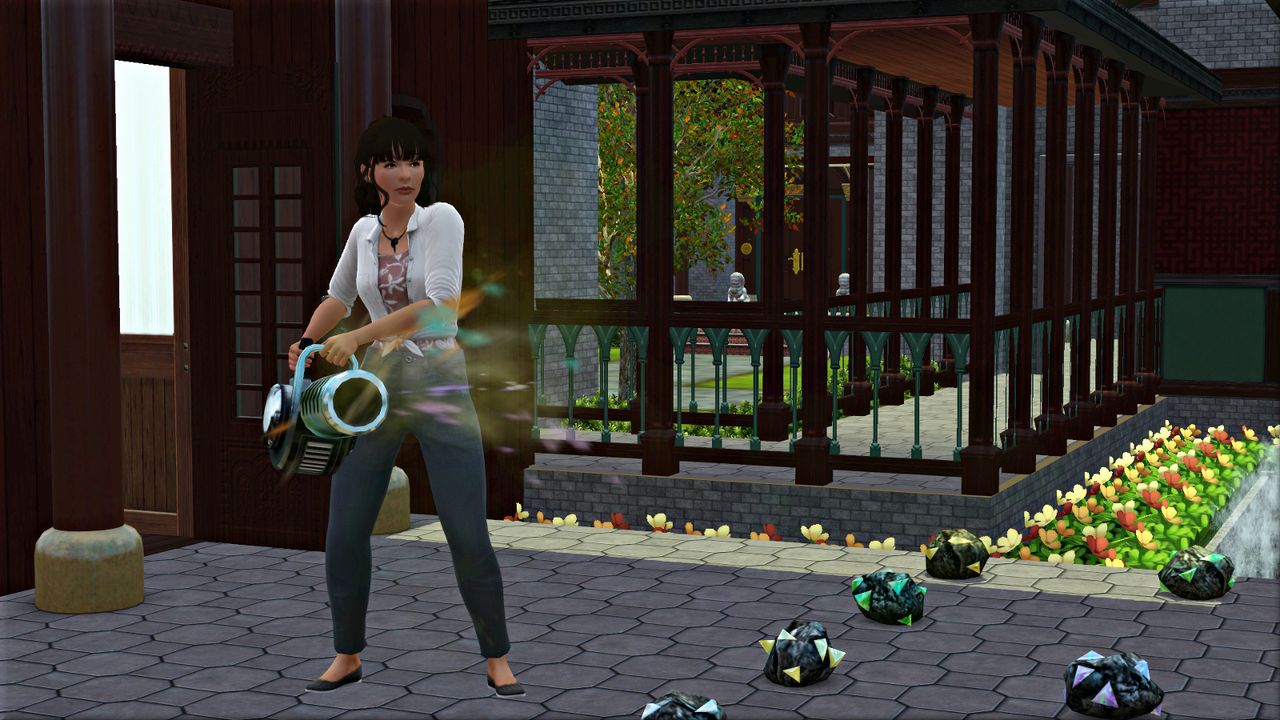 It turned out to be quicker just to pick the gems up manually. Plus, harvesters not created by master inventors have a chance of making their users sick, which is what happened to Jia the first time she used it. Still, it was fun to try a new object out.

In between collecting, her behaviour is pretty much ruled by whatever dreams she’s been having. When a good ‘dream about close relationships’ temporarily replaced daredevil with family-oriented, she rolled lots of wishes to spend time with her family. 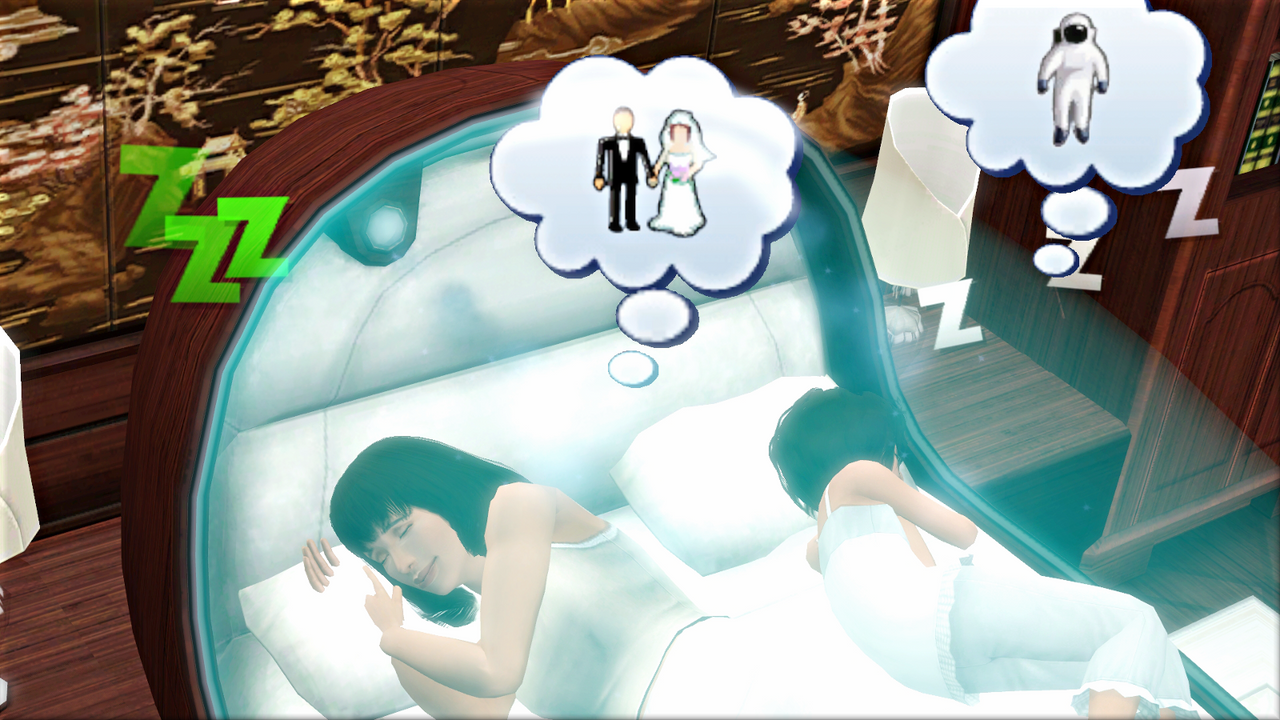 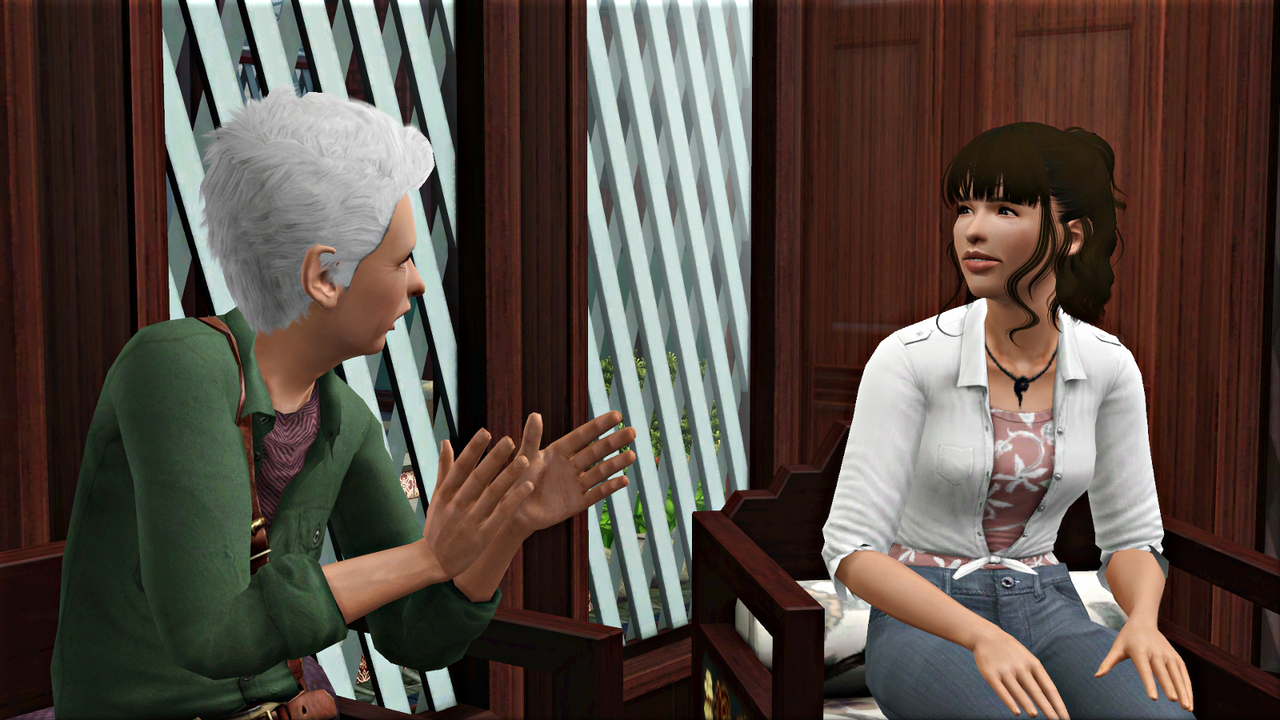 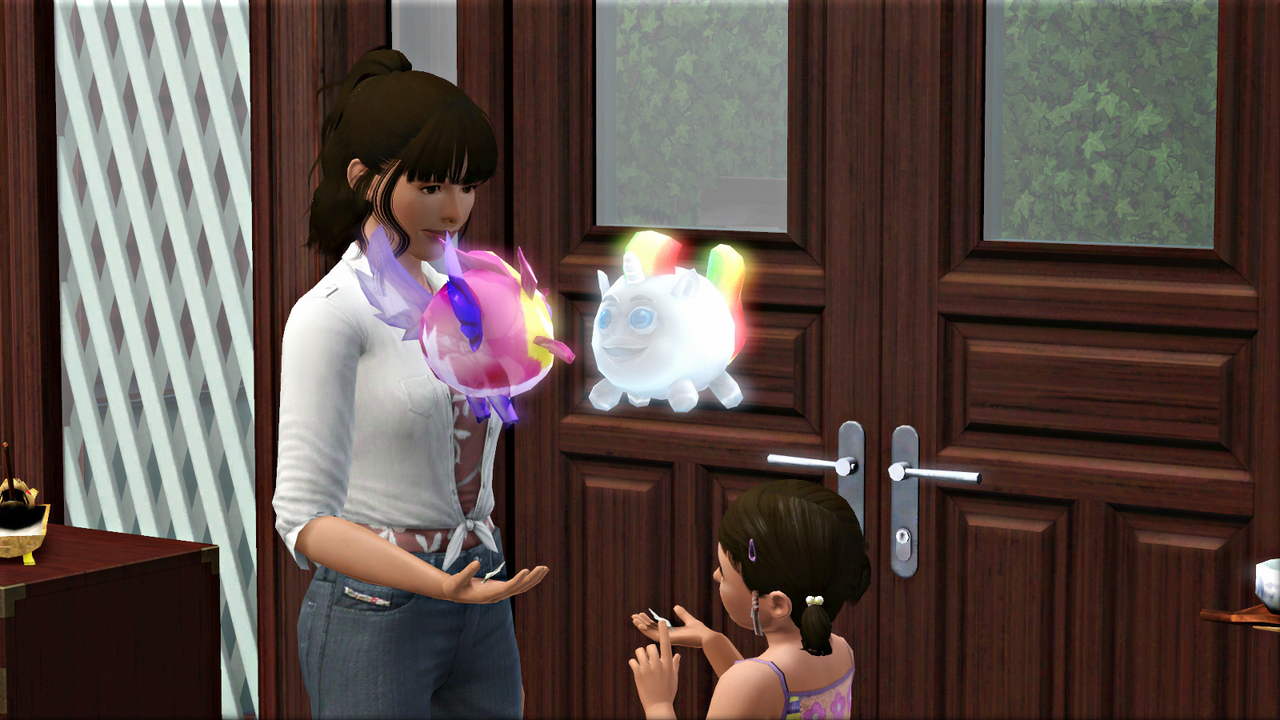 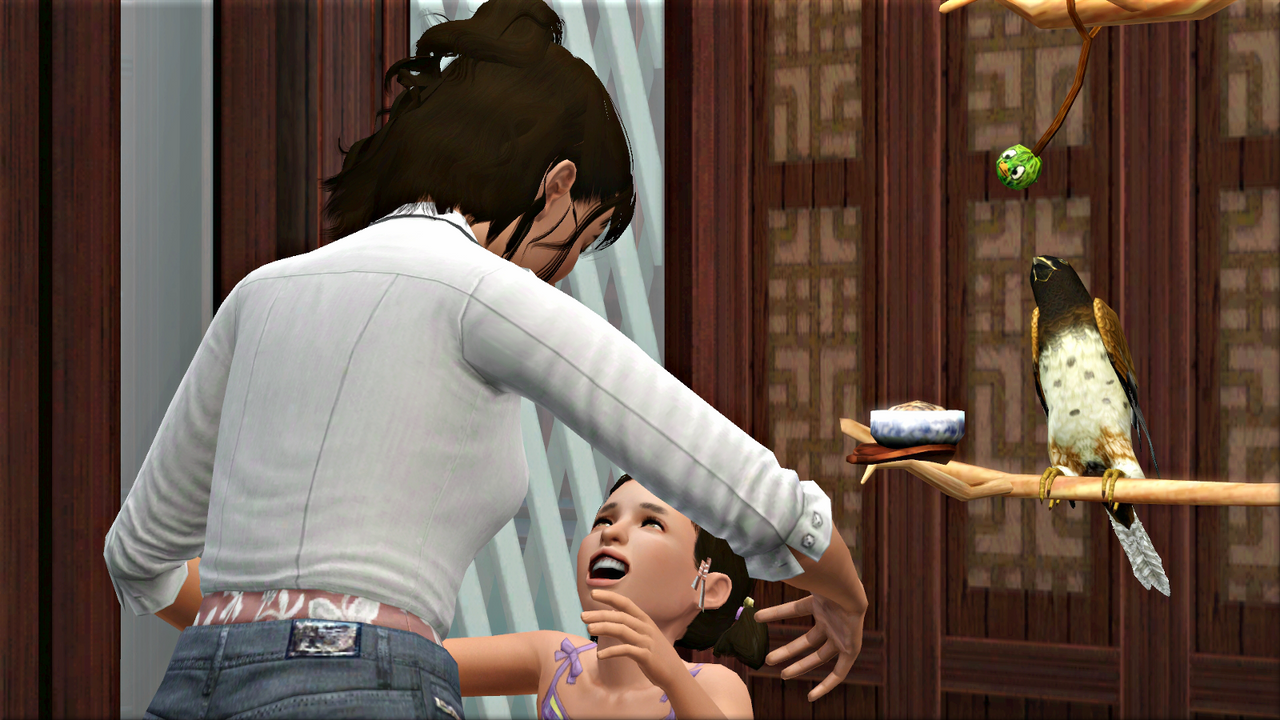 Ho Sung was delighted to find Jia so ready to coo over children with him. 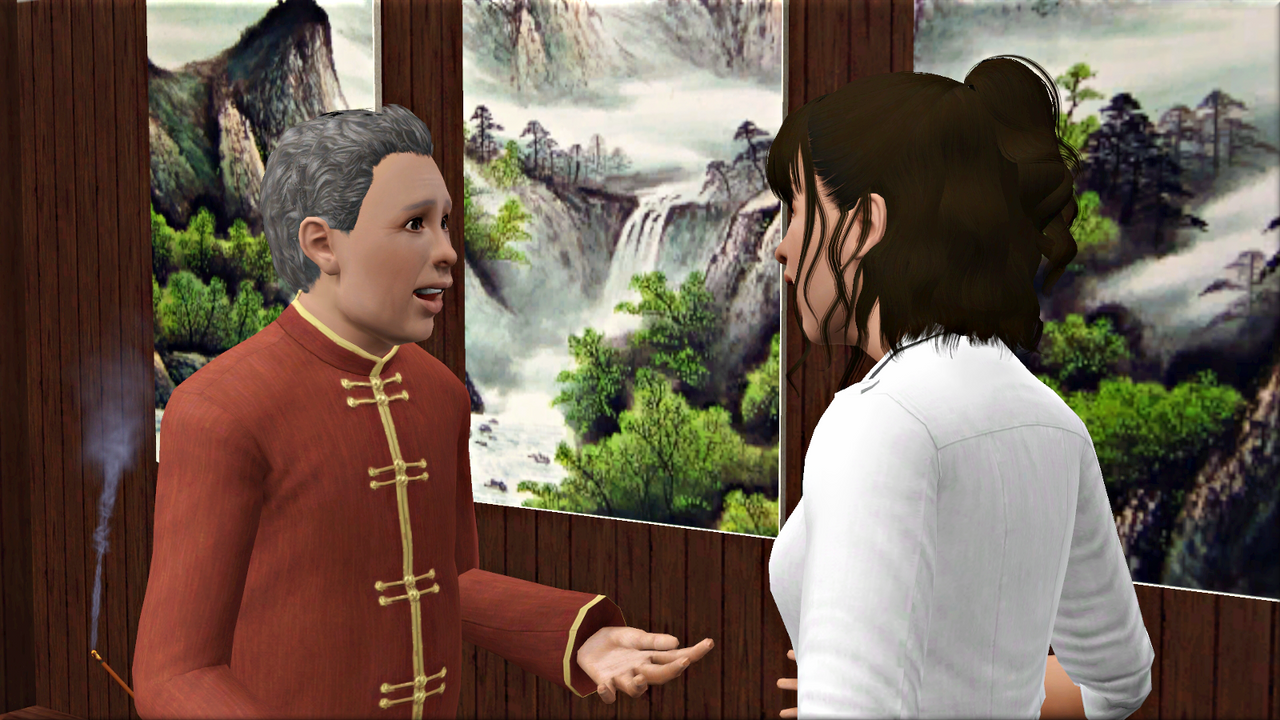 She also seemed keen to find someone to settle down with. Carter would be pleased: he’s been sitting on a wish to see her get married since the day she became a young adult.

That afternoon, I decided to use the sim finder app to help her meet her dream date. I know this thing mostly just generates new zero-slider sims to meet your specifications, but I vaguely recall it bringing me actual neighbourhood sims in the past too.

I figured the fewer the requirements I had, the greater the likelihood of getting a ‘real’ sim, so I just had Jia ask for a young adult gatherer.

Moments later, a generic-looking sim with no family tree showed up.

I tried again with vegetarian and then computer whiz, only to get puddings again, even though I know I have sims with those traits living in Shang Simla. Maybe they have to be free at that very moment, and perhaps also not already known to your sim? I guess that would make sense.

Anyway, I had hoped this feature might redeem the social networking skill for me somewhat, but nope. Has anyone had any luck with this app? It seems like a wasted opportunity.

After a couple more attempts, I gave up and sent Jia to her friend Andrew’s pool party instead. 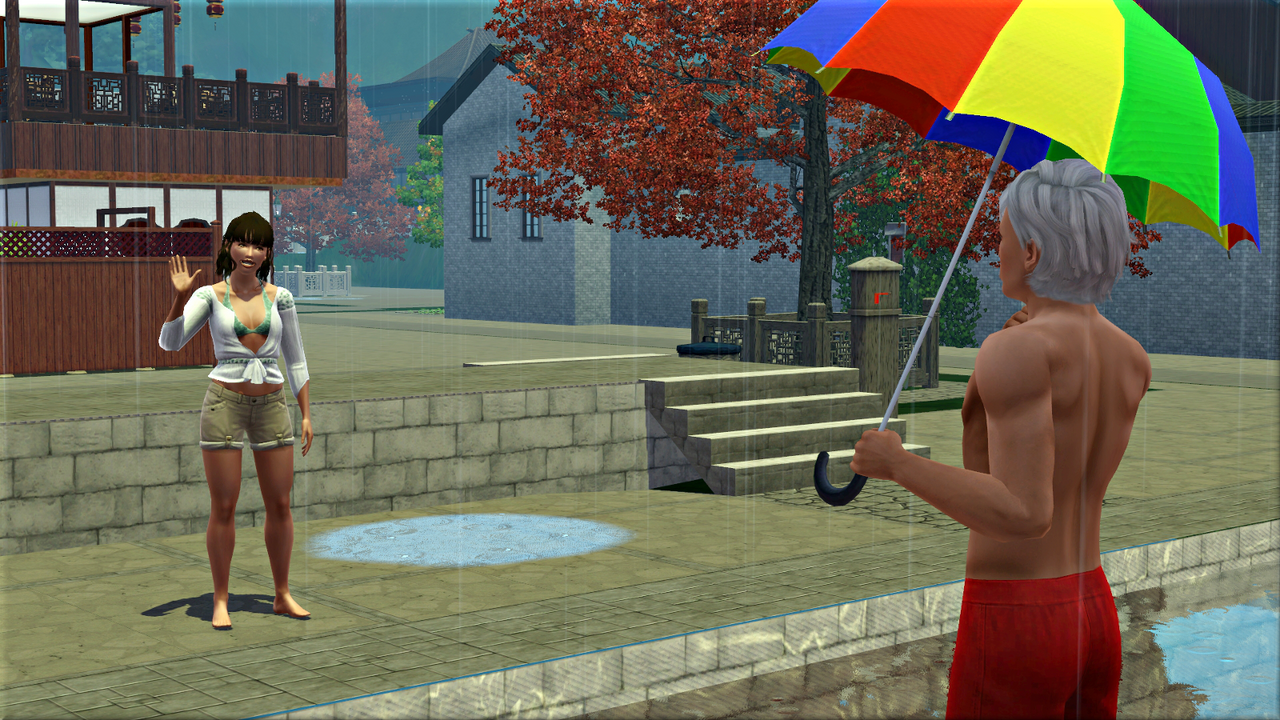 Andrew’s sister Dara is Lin’s age, so I had Jia call Lin over to meet her. 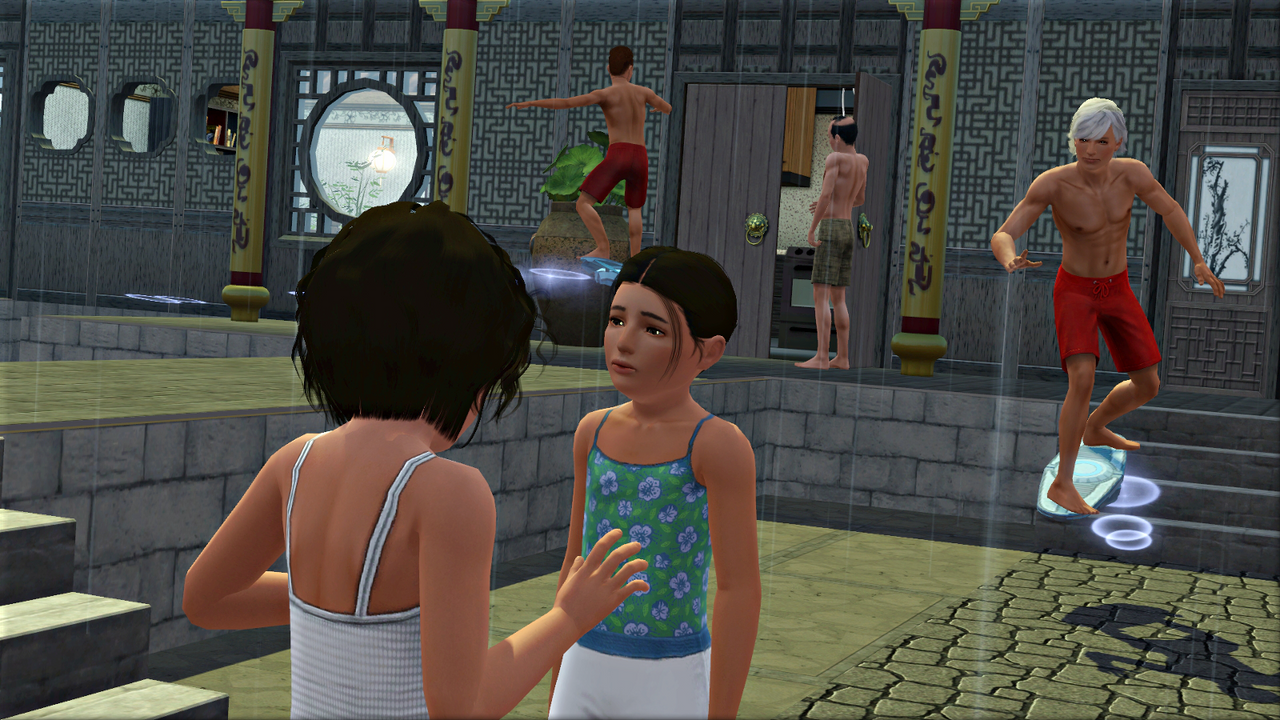 They seemed to be having a nice time, until Dara walked away in tears. 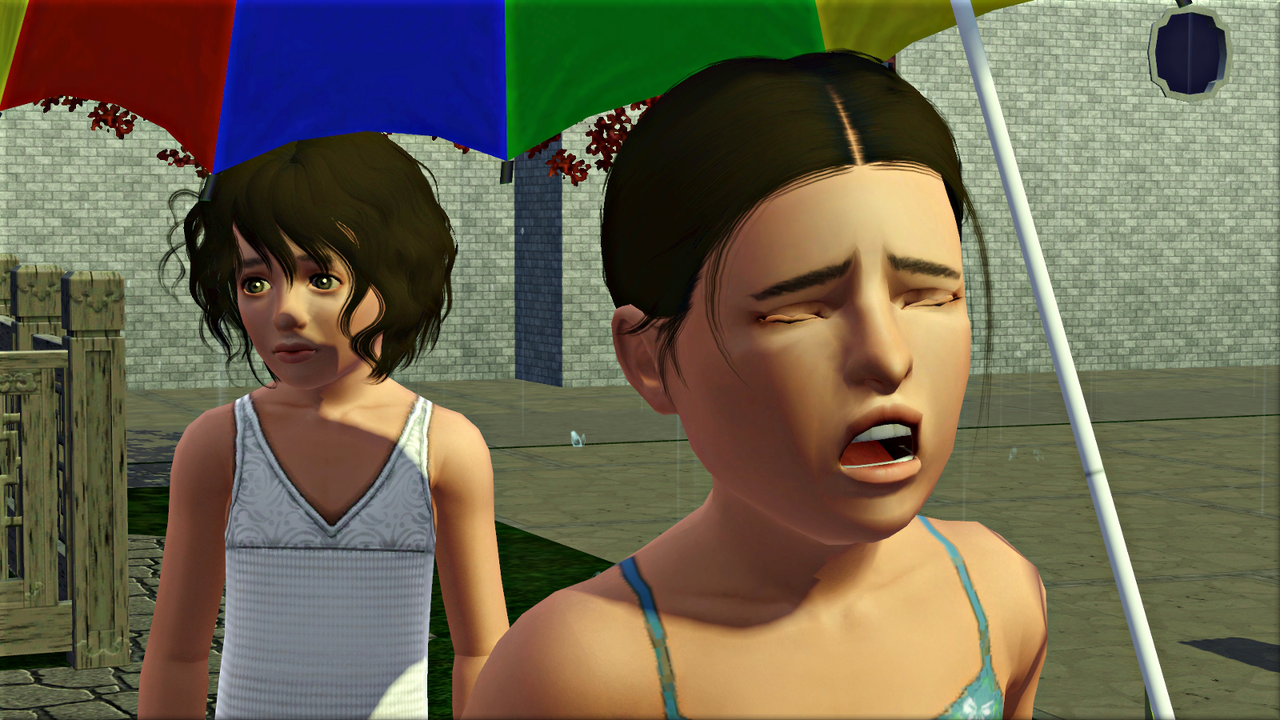 No one really caught Jia’s eye at the party. Andrew has a large extended family, many of whom had come over for the party, and she felt a shy around all those sims.

By the evening, though, things had quieted down a little. Andrew made some mac and cheese for the remaining guests. Jia started to feel more at ease. 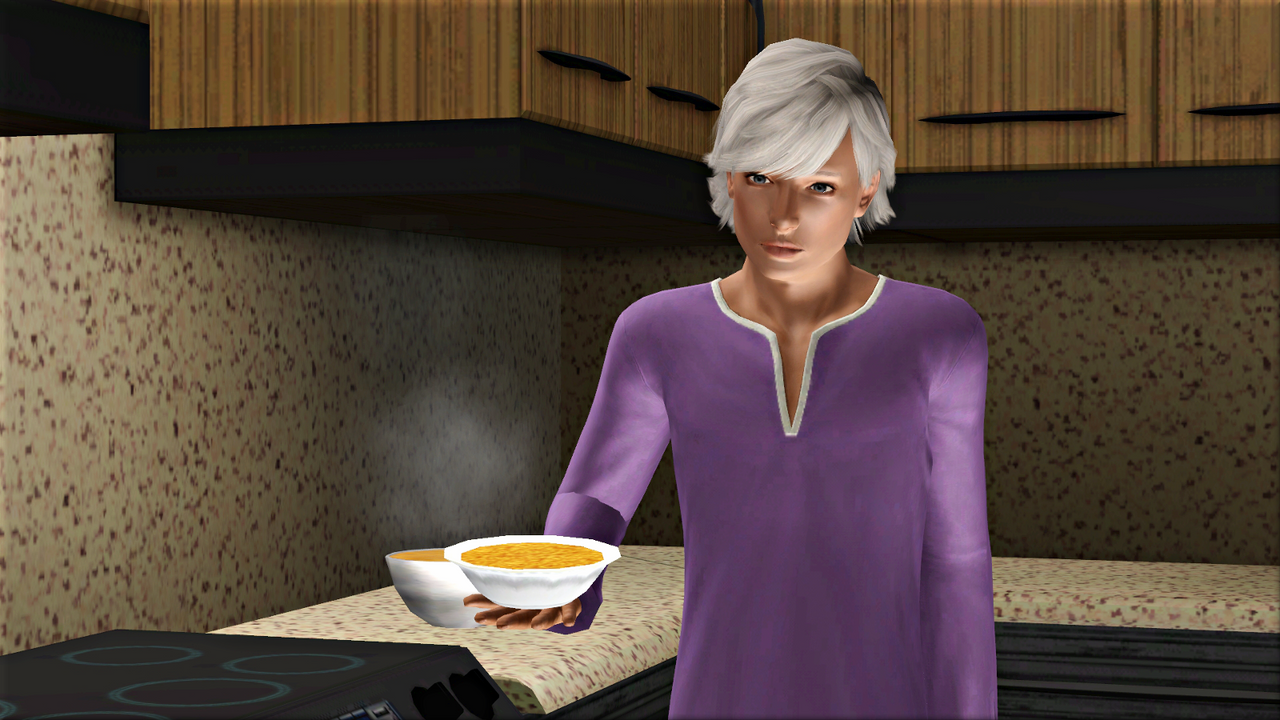 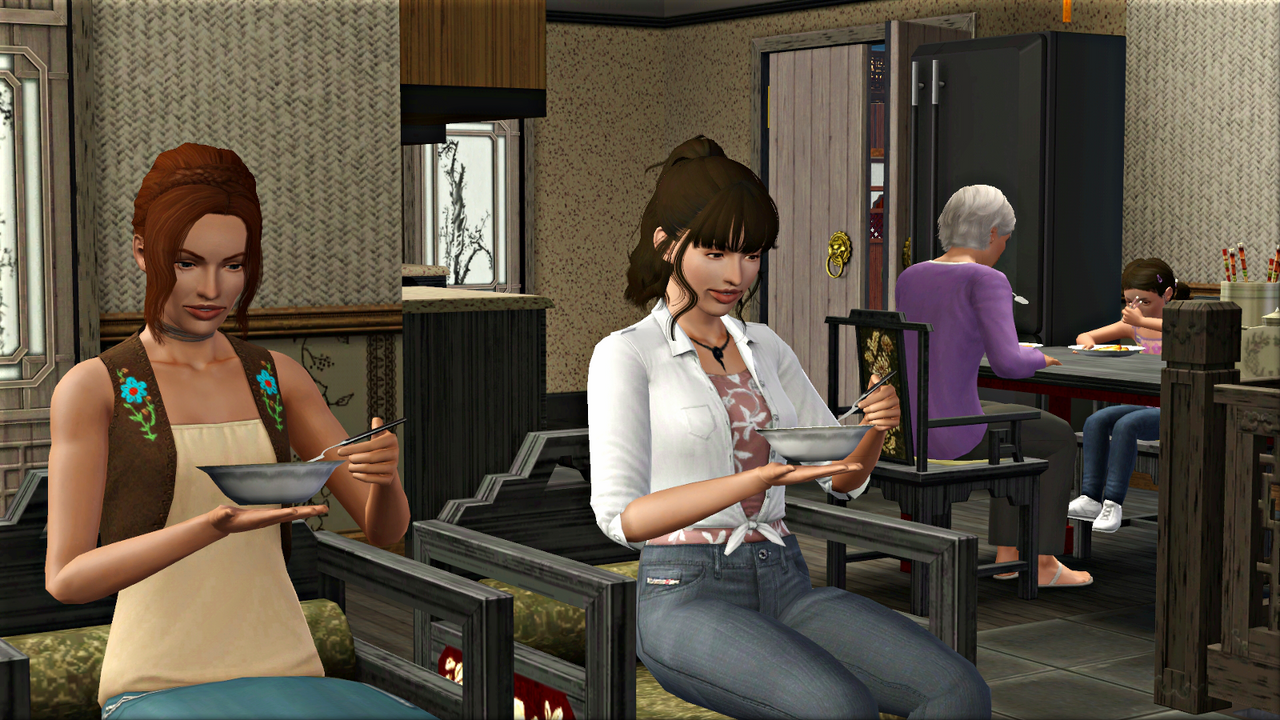 And when her traits returned to normal, she was back to her old self again, eating dirt off the ground. 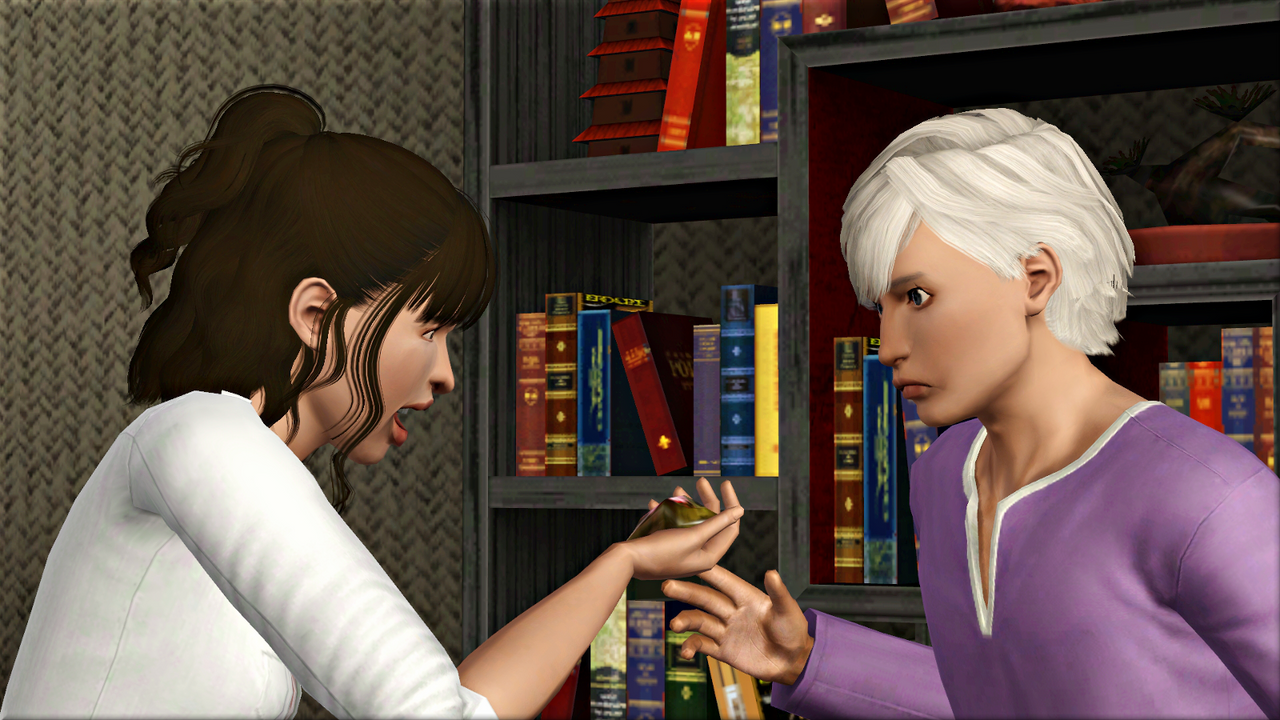 Dara seemed to be feeling better too. She and Lin became good friends. 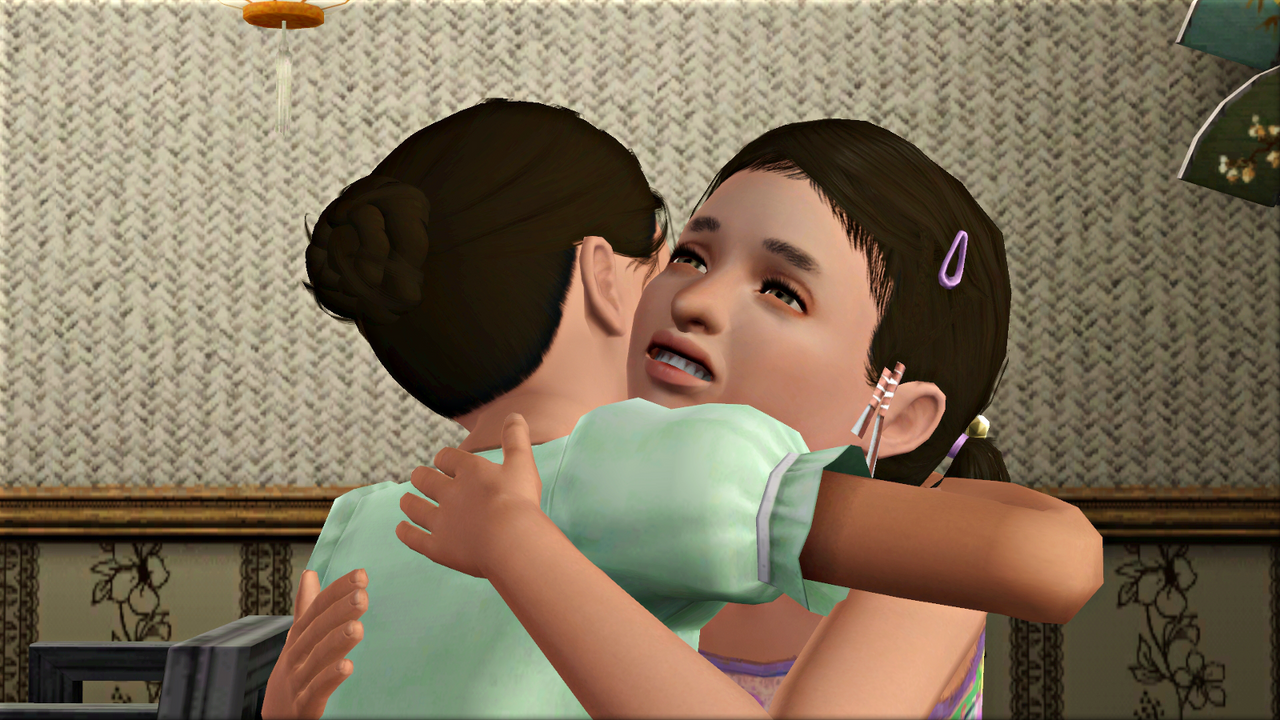 So did their sprites. 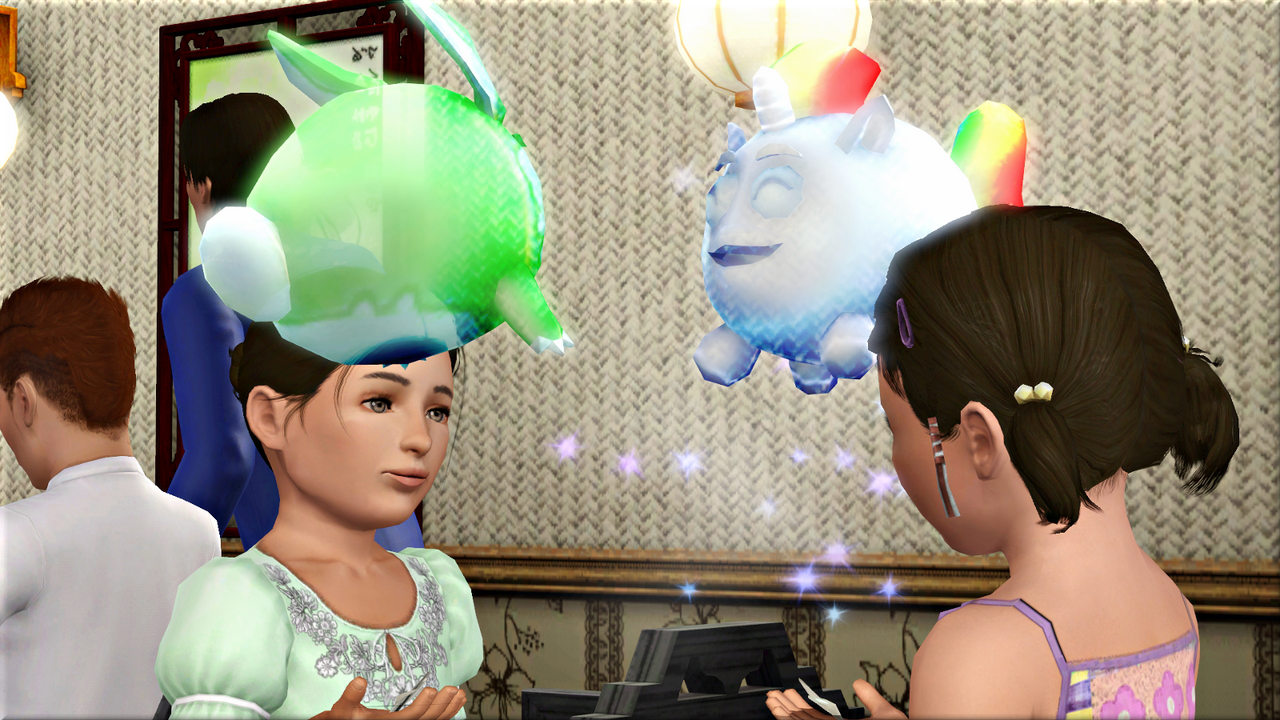 With the girls out for the evening, Carter and Ho Sung enjoyed a quiet date night together. 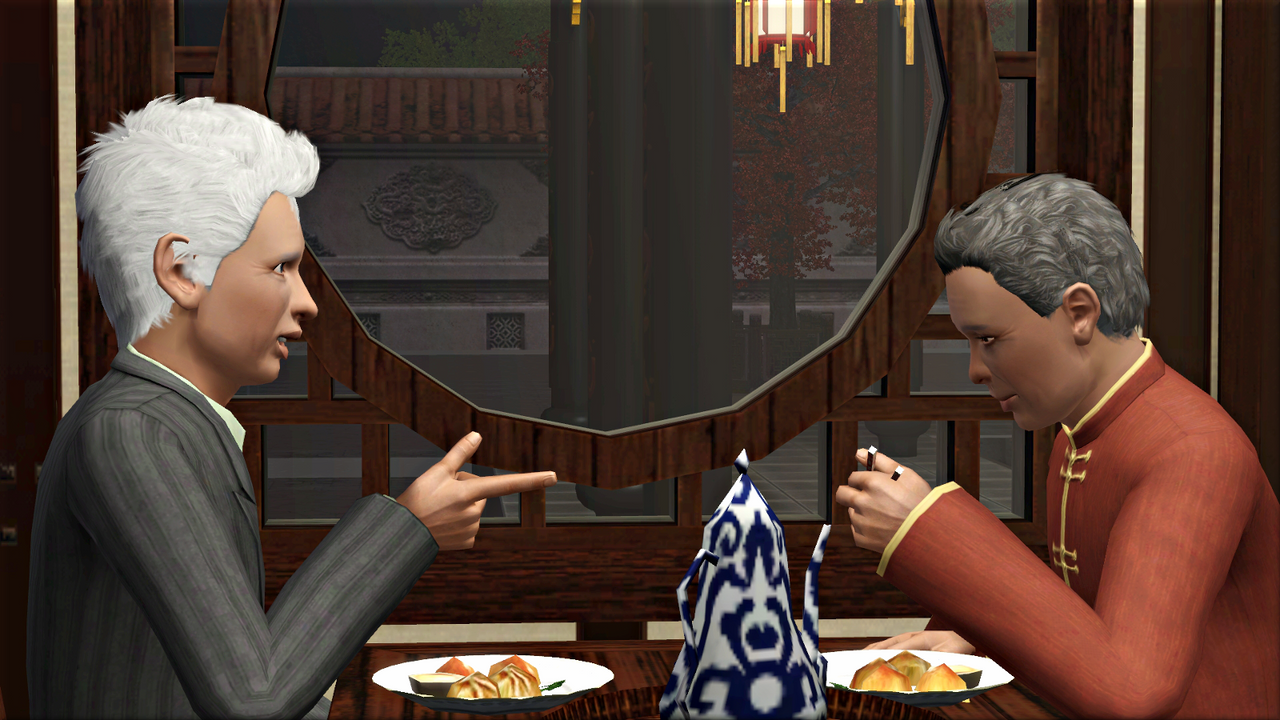 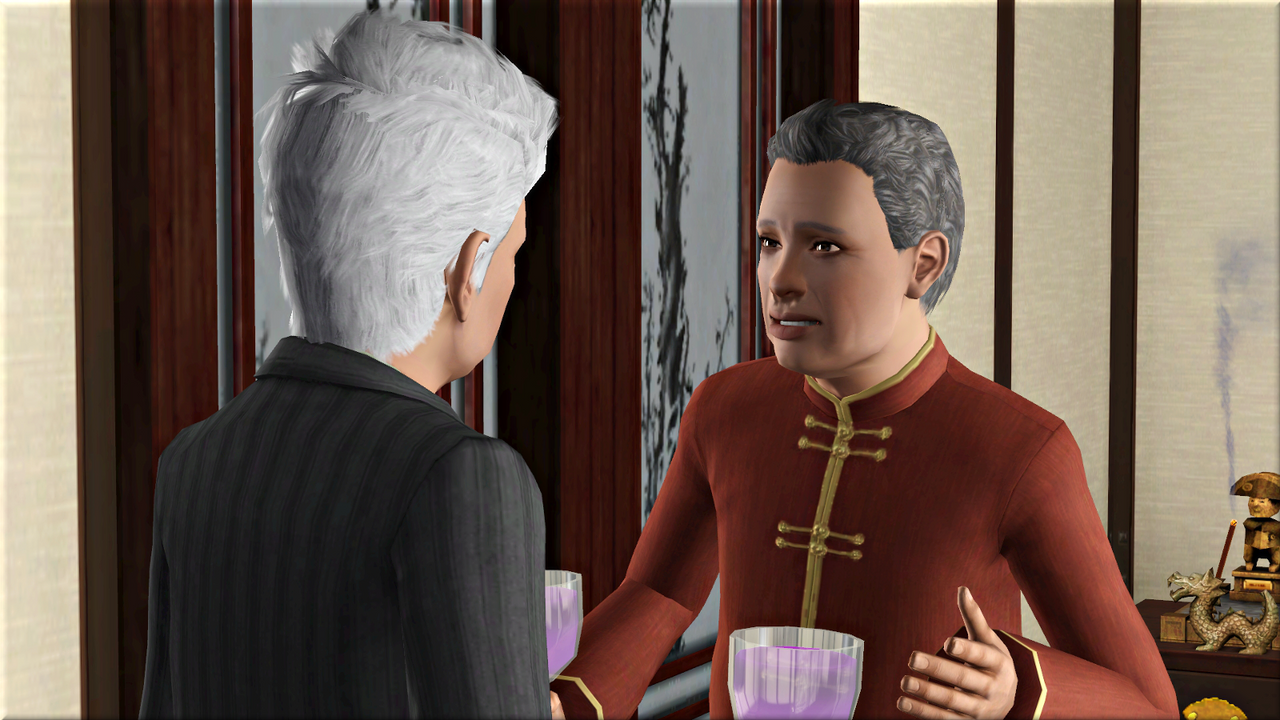 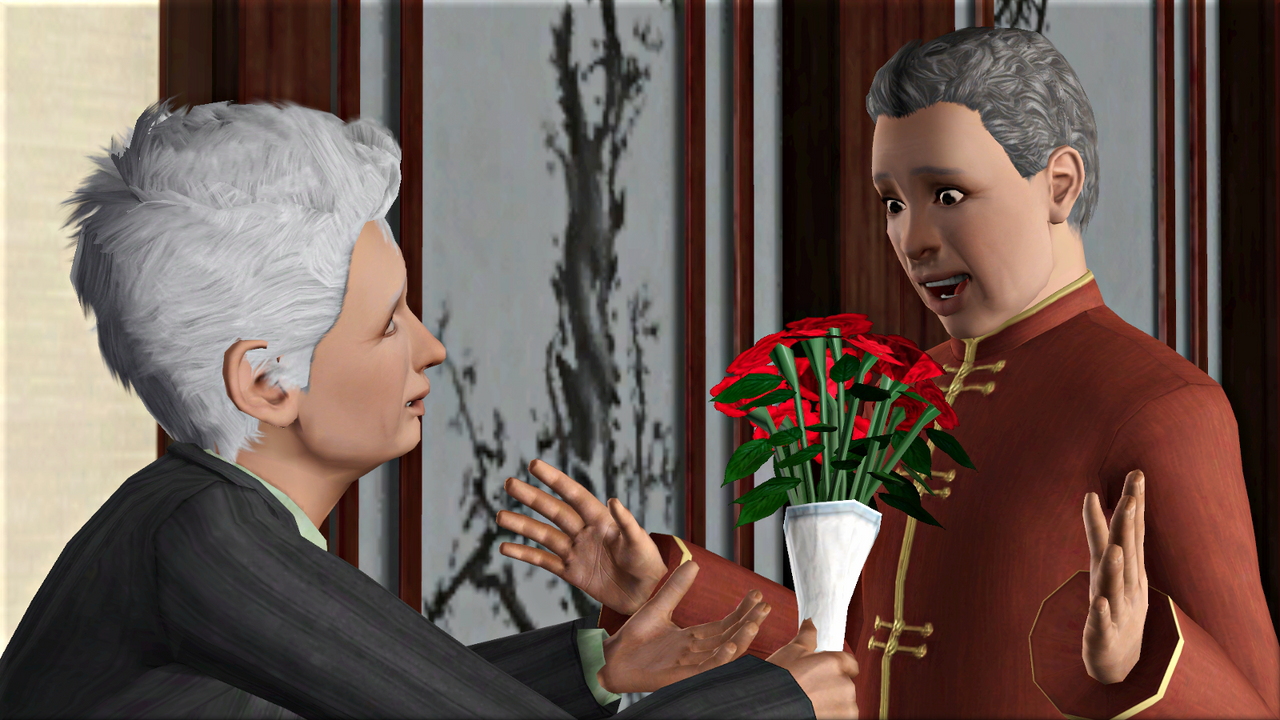 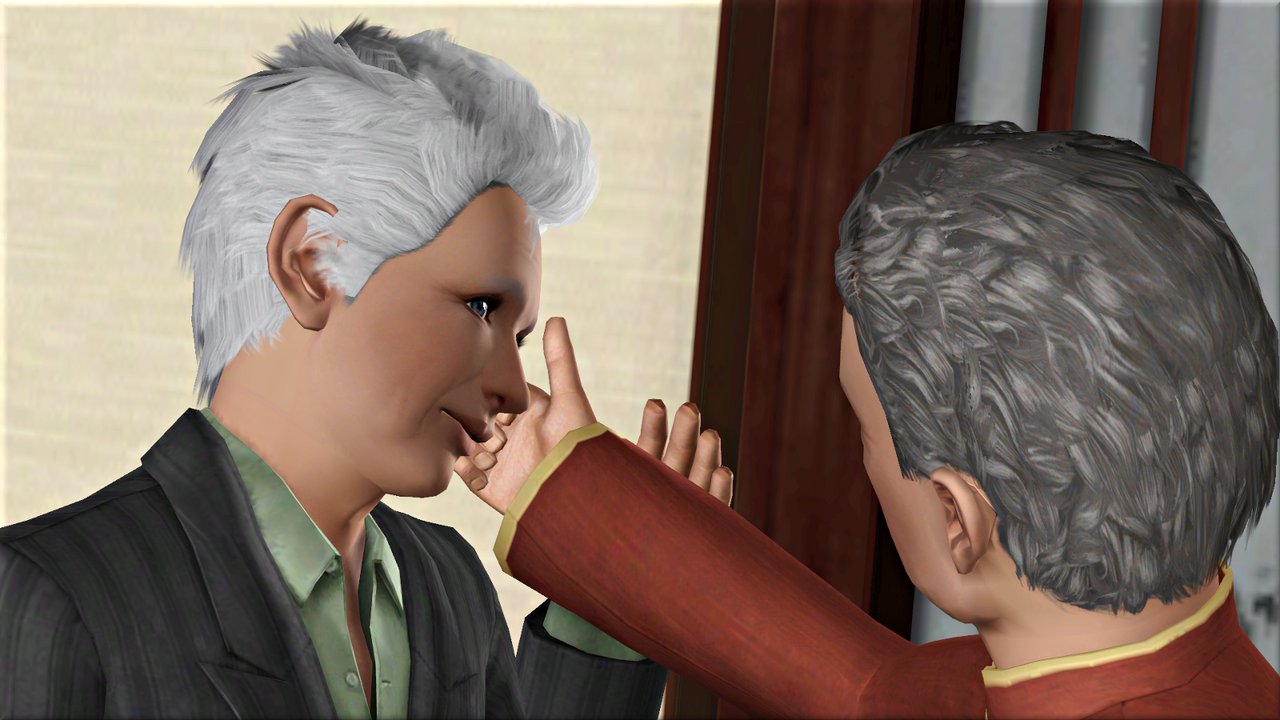