Ho Sung has been feeling lonely since Carter passed. His sister’s gone too, and most of his friends. He’s been staying indoors a lot, teaching love songs to Jia’s falcon. I should find him some new friends. 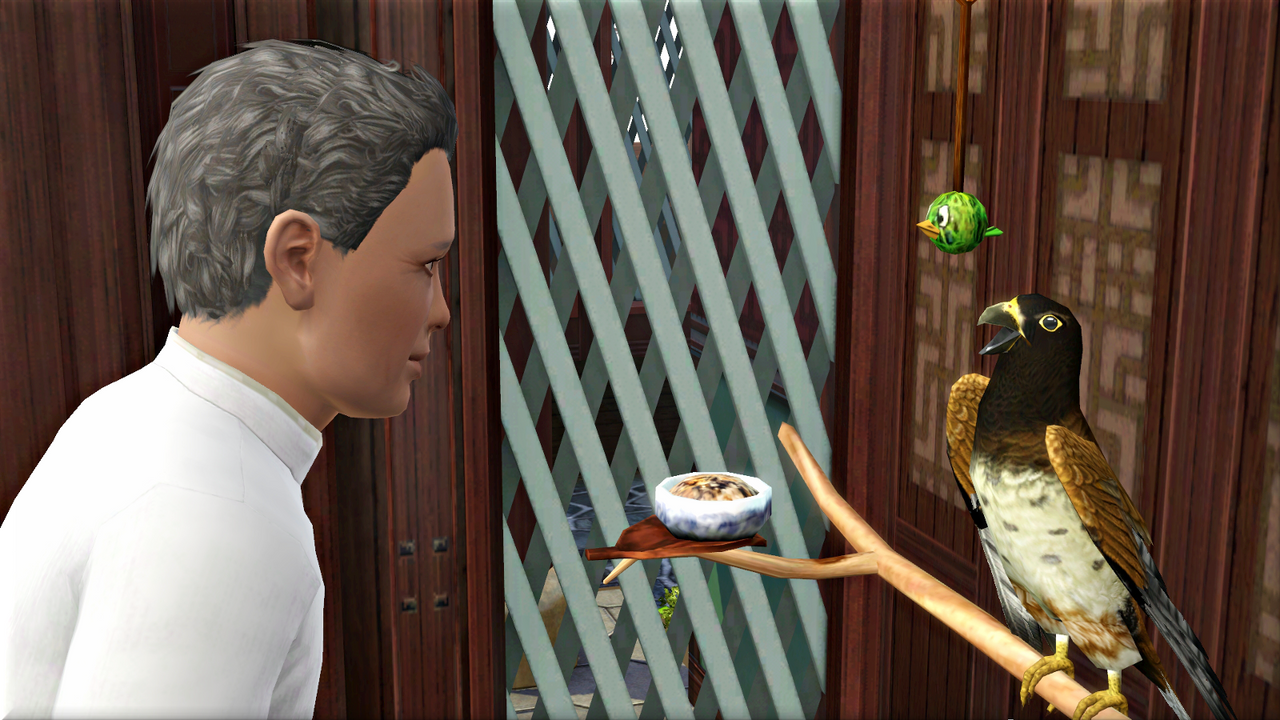 He still enjoys family meals with his girls, but they’ve got their own stuff going on. 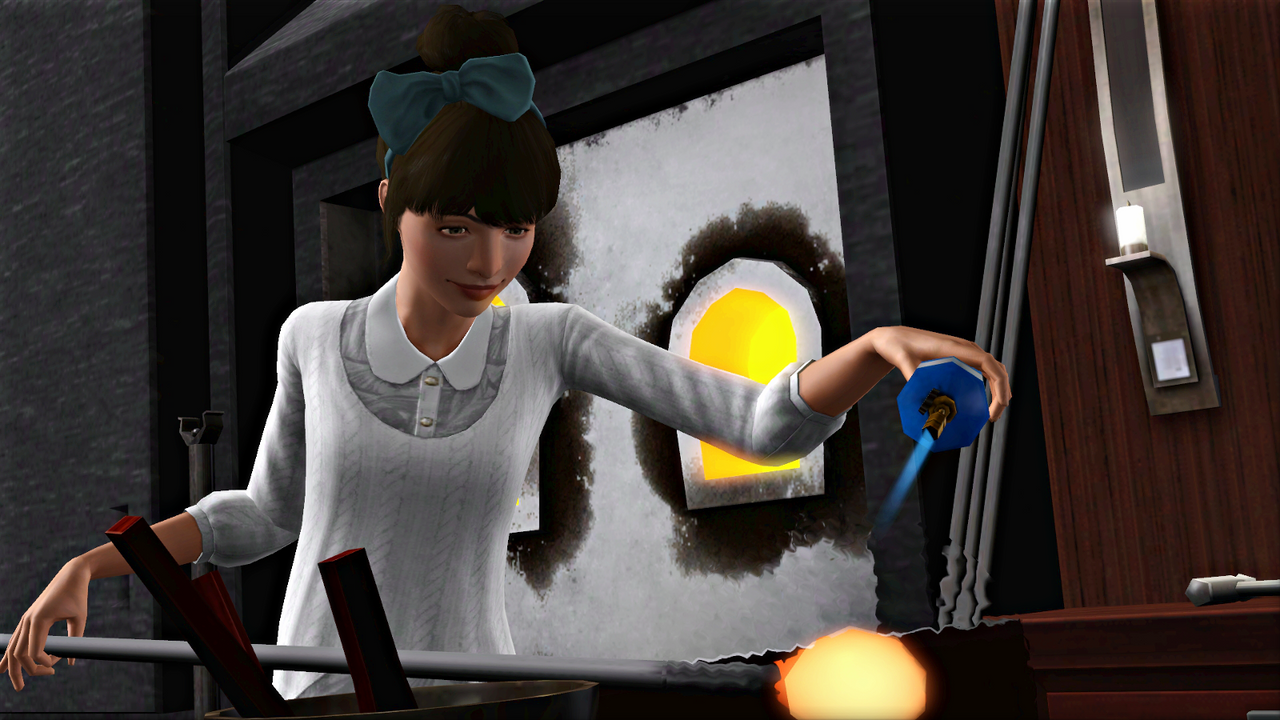 I love the glass utensil holder that artisan sims can make. It’s great to be able to smelt your own metals too. I just wish there were some skill challenges to complete: as things stand, it feels a little shallow. What do you think of this skill?

I’m not too fussed about most of the perfumes, but the ‘bliss’ one is definitely worth crafting. Each spray gives a two-hour +20 moodlet. 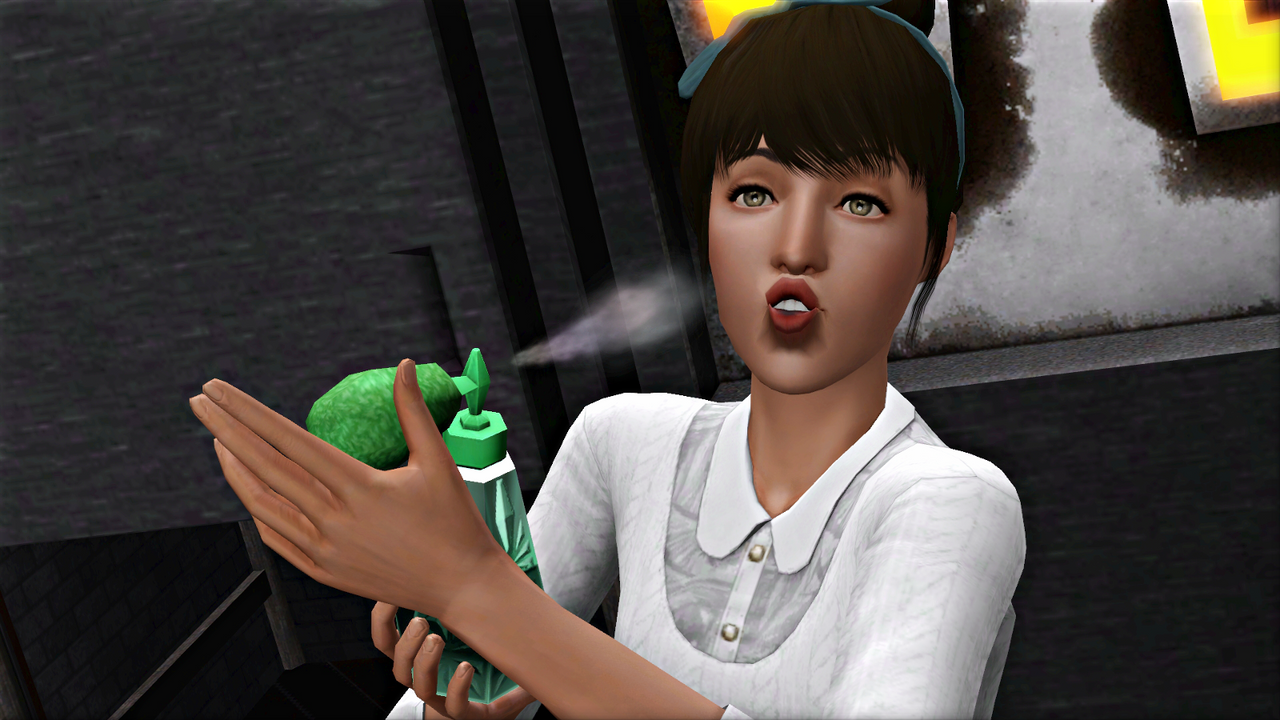 Feeling on top of the world, Lin wanted to share her happiness with someone. She asked Dara to be her girlfriend. 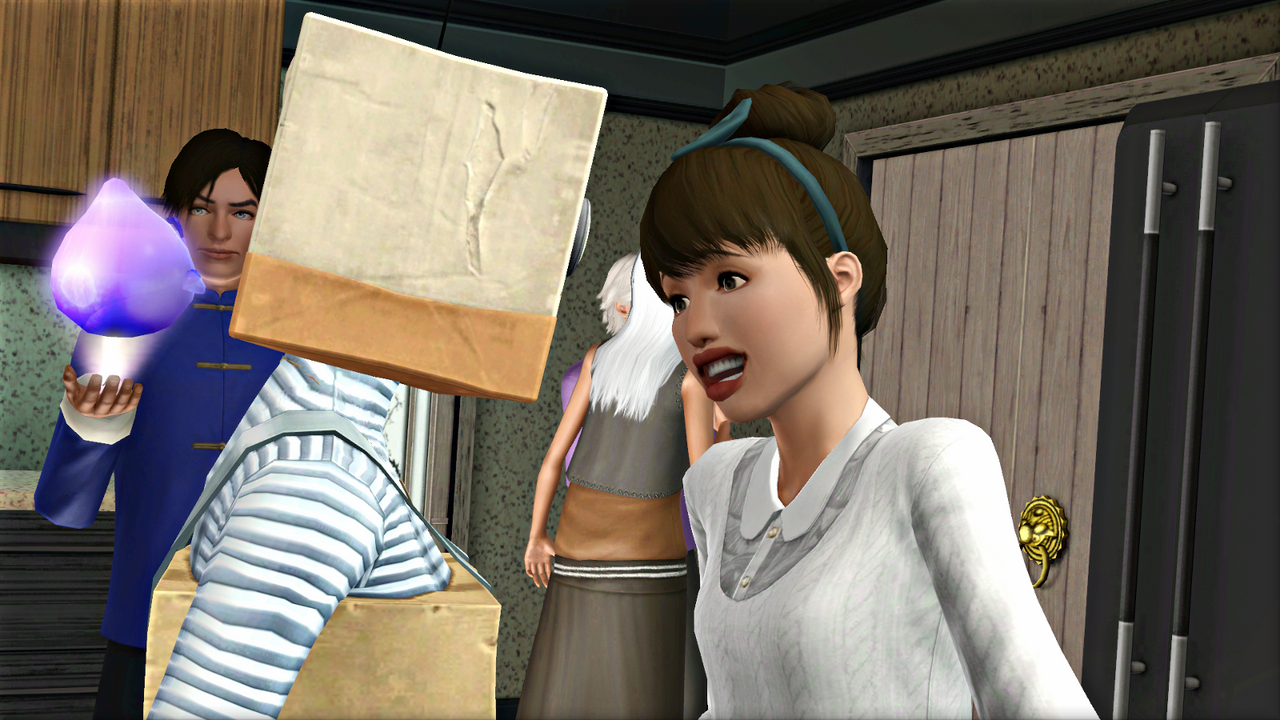 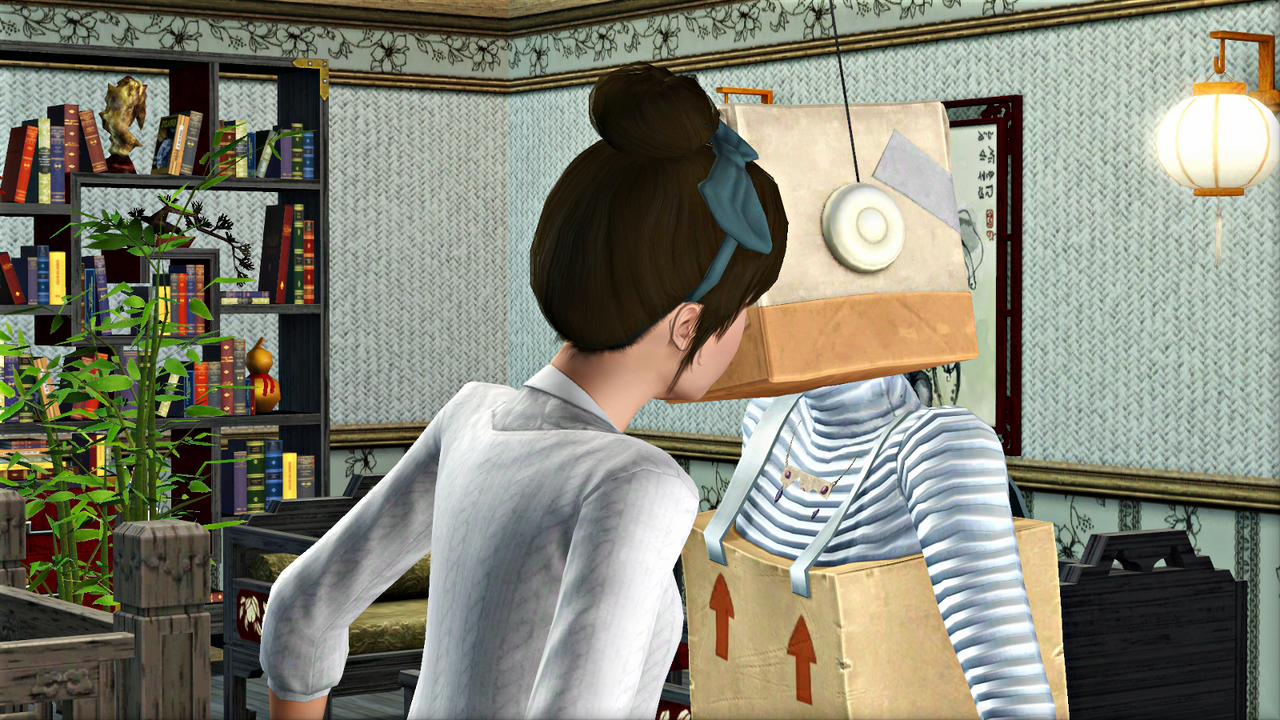 After that she rushed home to tell Jia all about her feelings for Dara. The sisters are the best of friends. Though Jia’s ‘eating dirt’ routine never ceases to scandalize her, Lin loves how gutsy her big sister is. 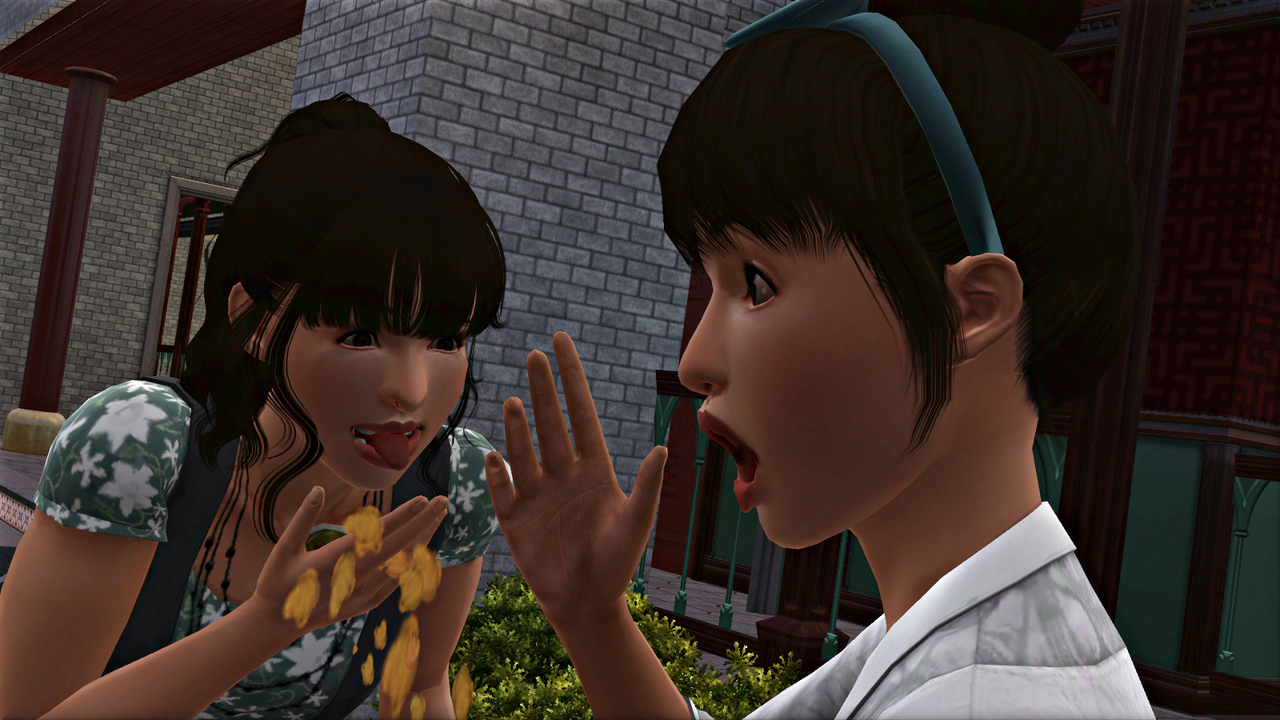 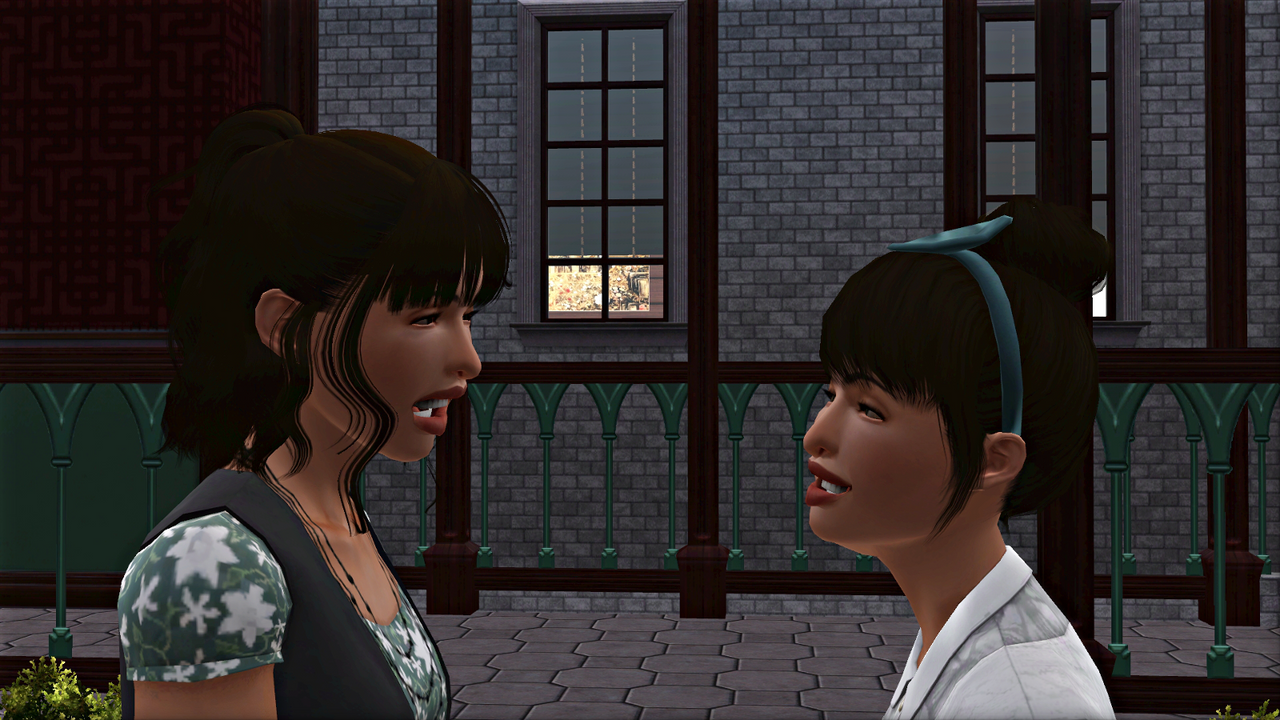 They still sleep in the same bed. I decided not to bother decorating a room for Lin; she’ll be aging up and moving out soon enough anyway. 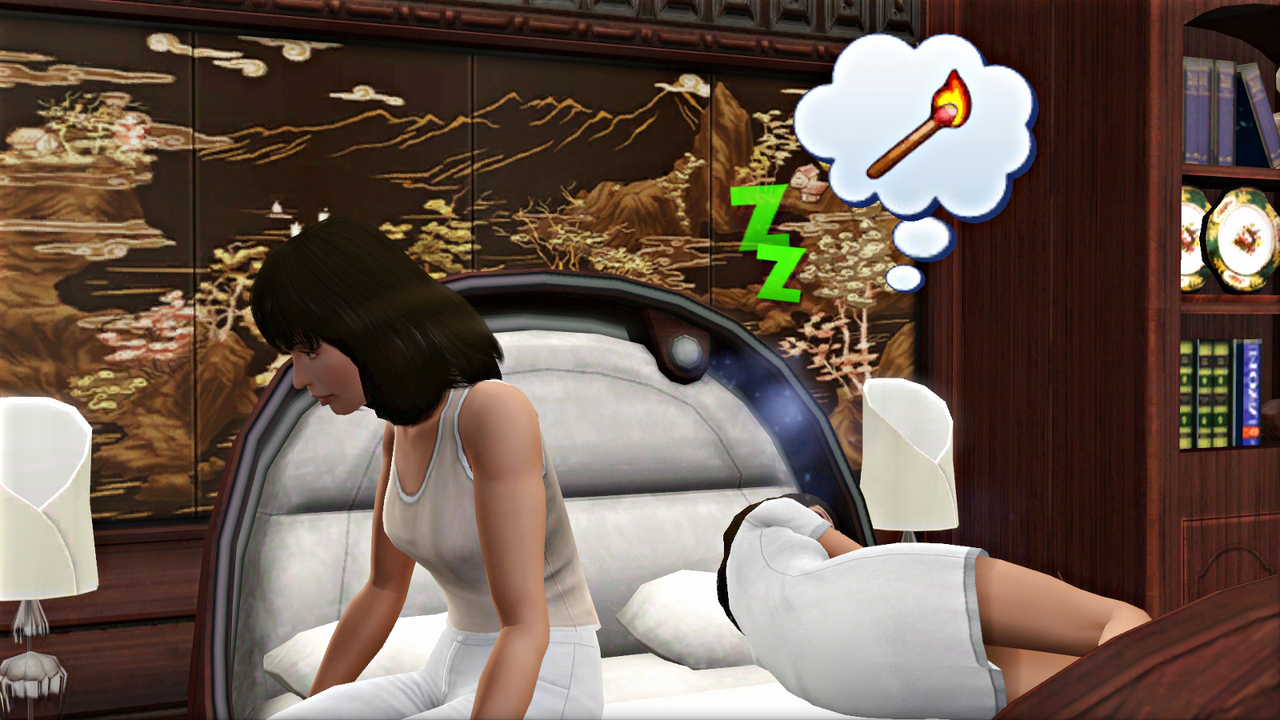 The latest dream that Lin rolled from my list was about the weather. The positive outcome was meant to be a warm moodlet, but Lin didn’t get it—probably because she has the ‘immune to heat’ LTR.

I had her donate 1000 simoleons to ‘Geese Unlimited’. 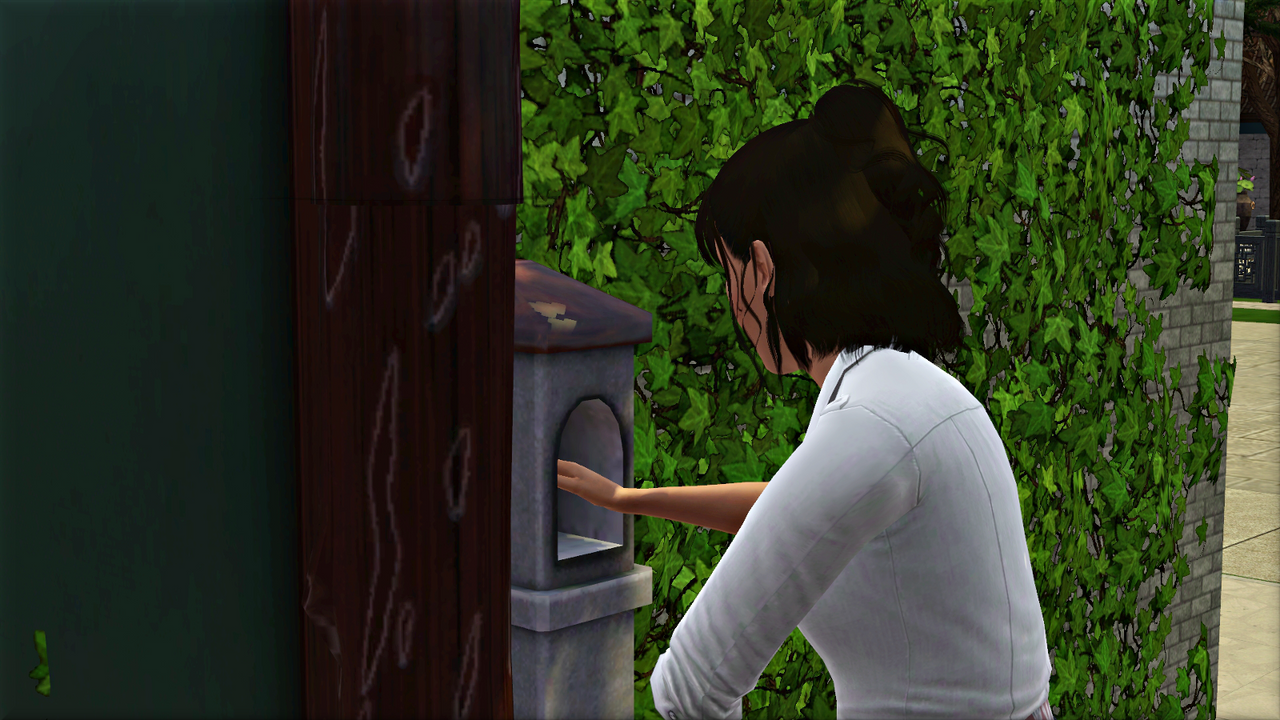 There were no coupons available in the newspaper because I haven’t placed the grocery or spa rabbit holes. 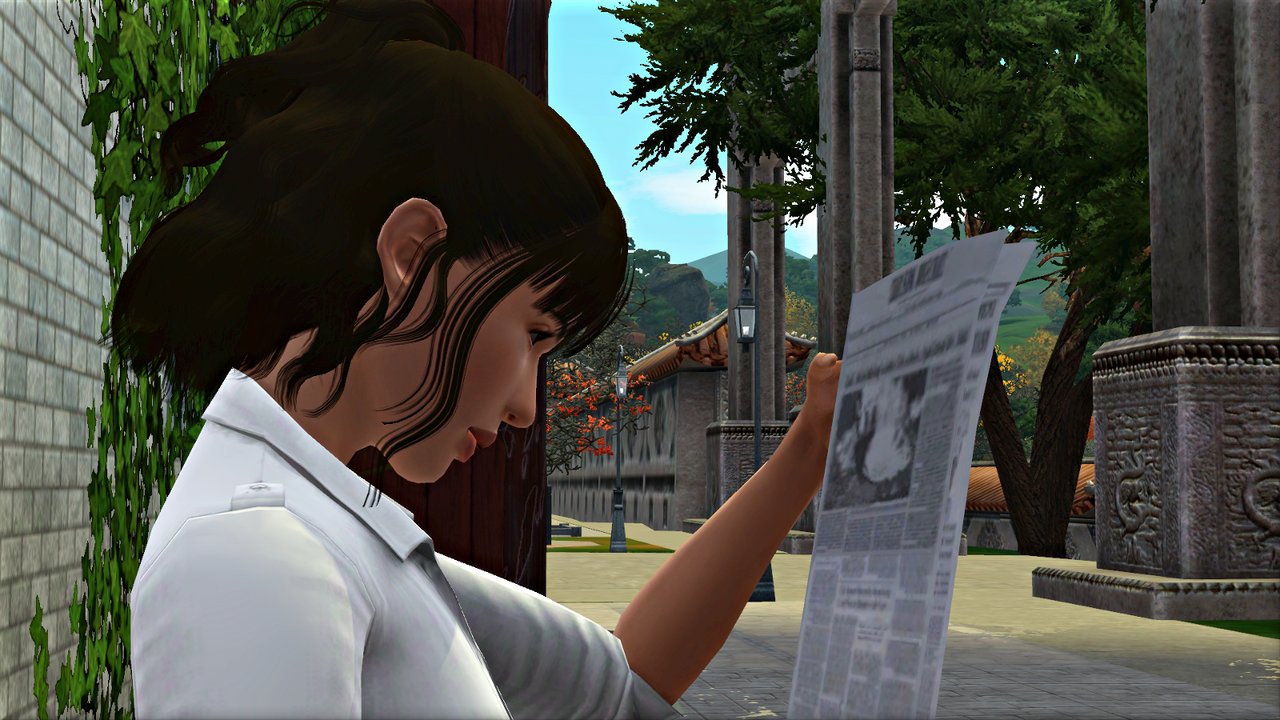 Finally, Jia invited Gang out on a date to try out her irresistible new moves. 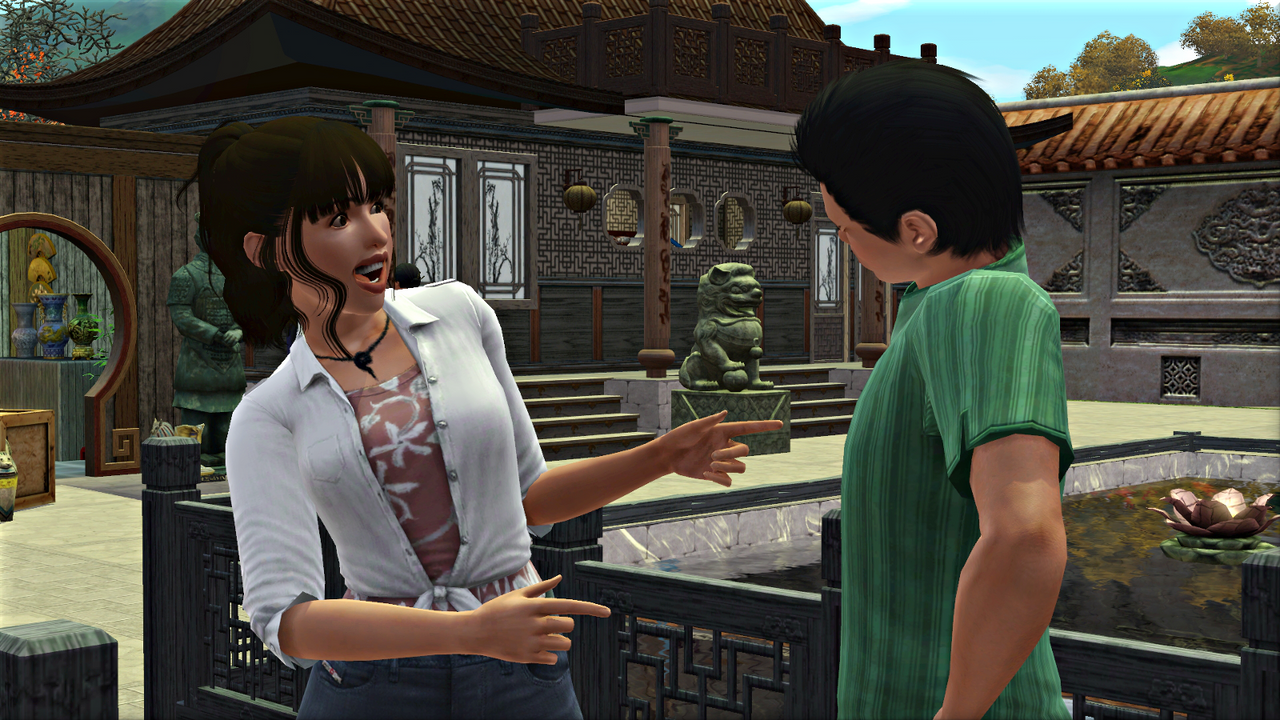 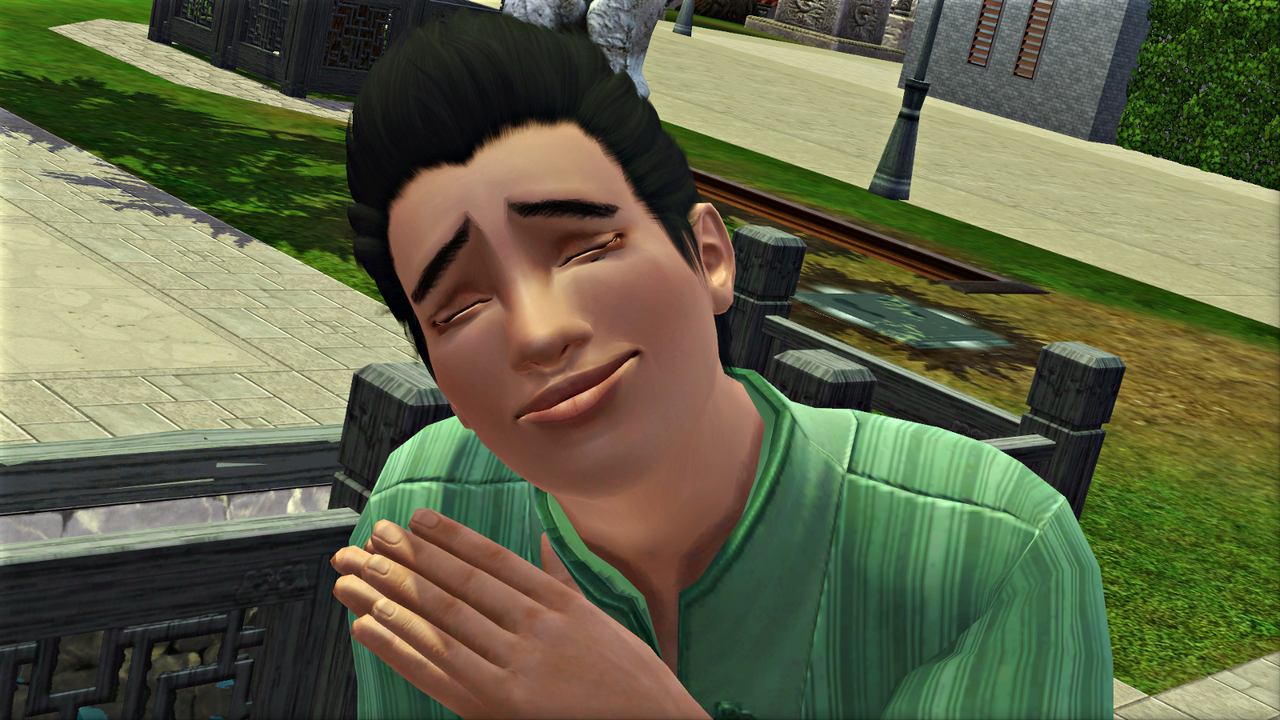 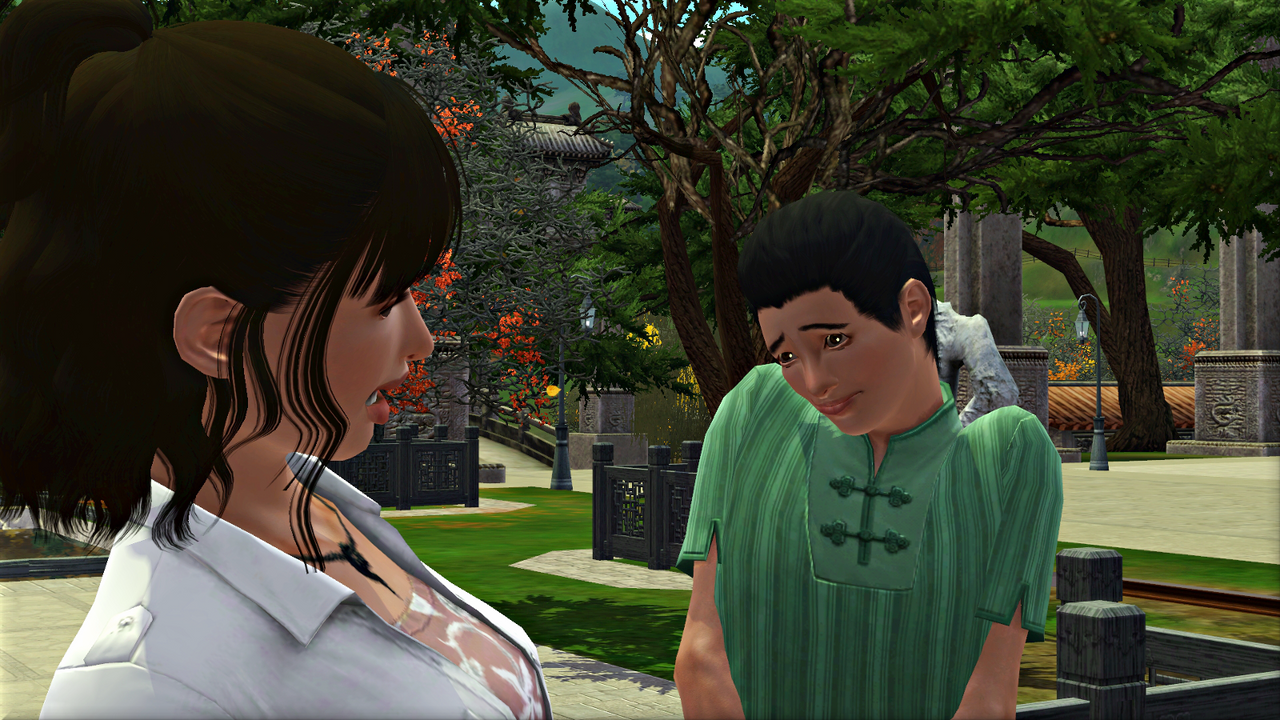 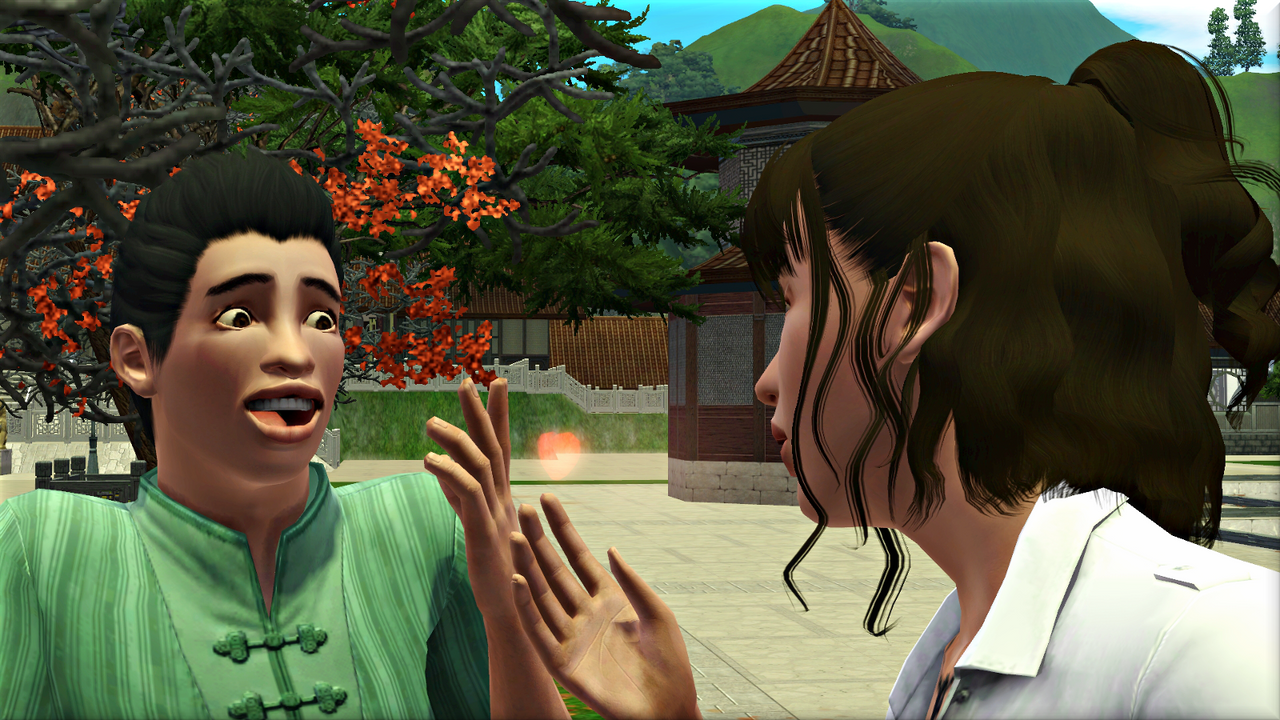 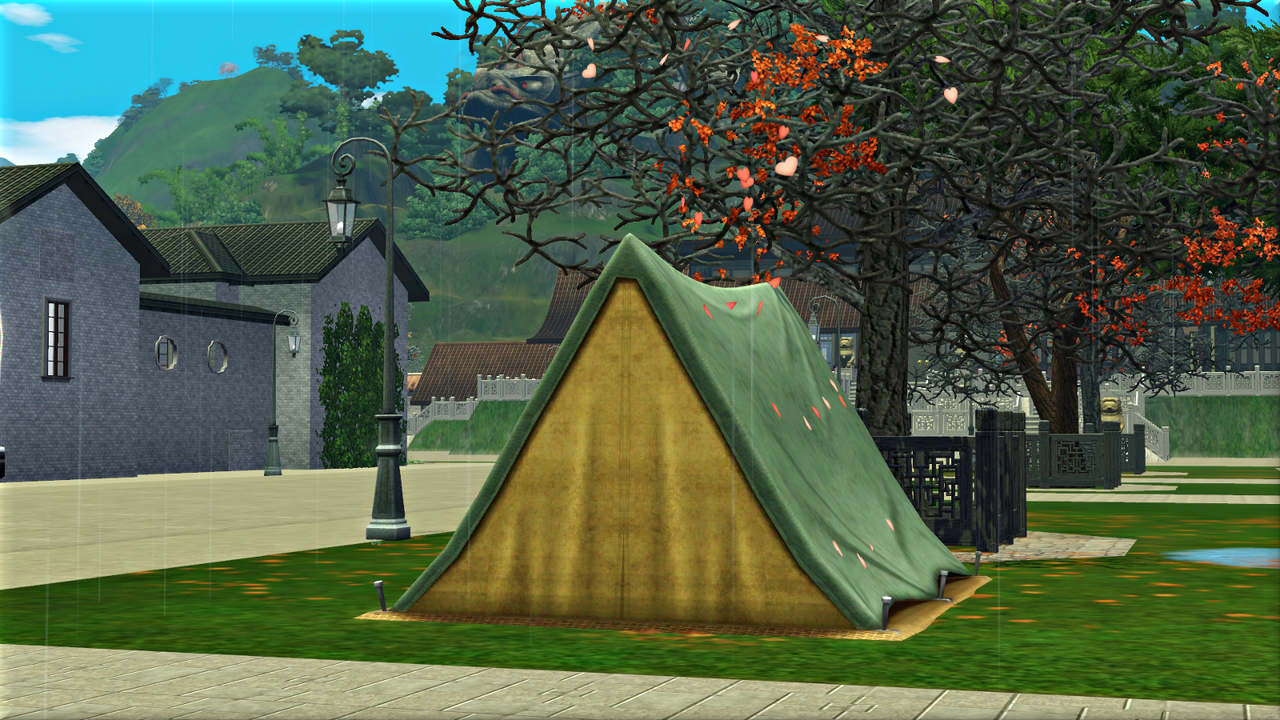 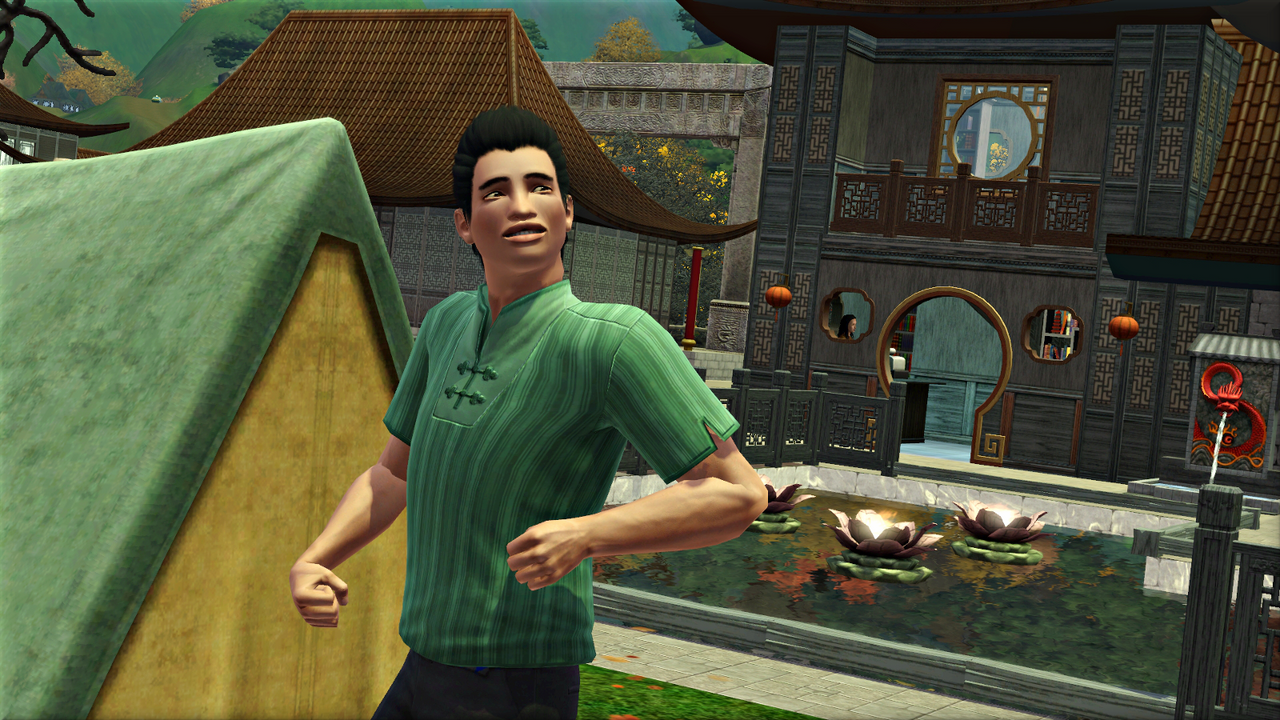 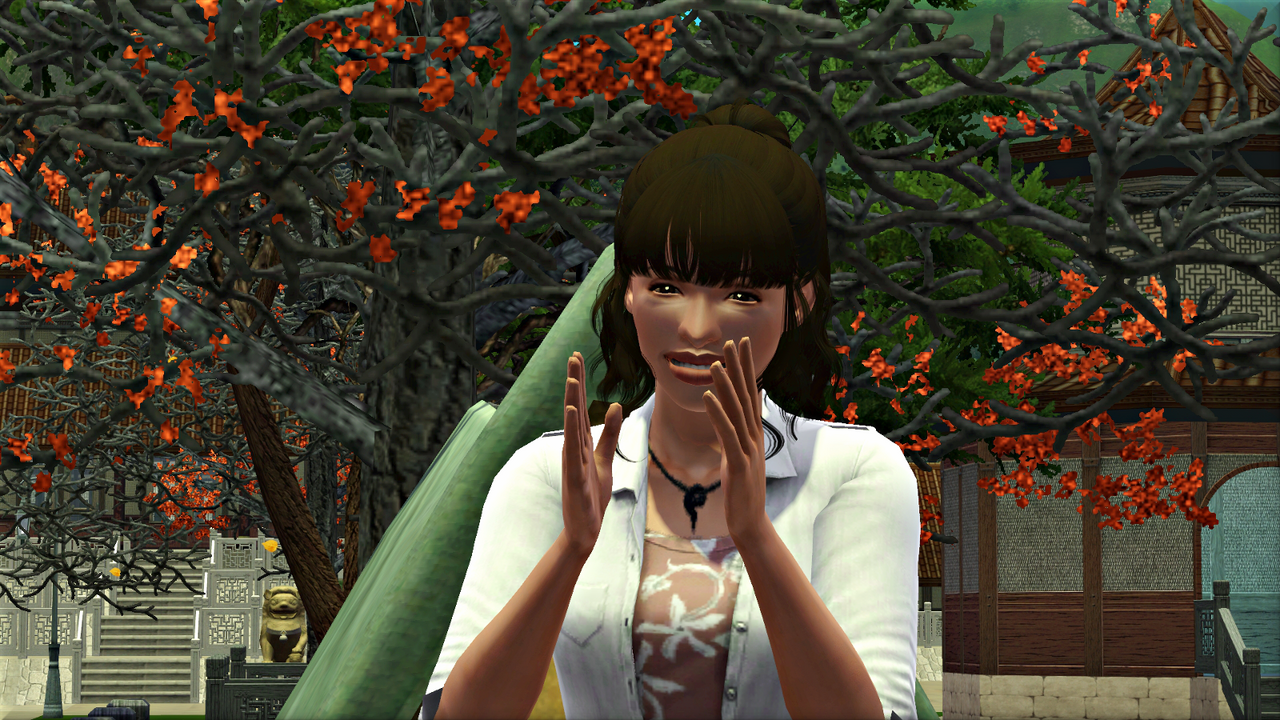 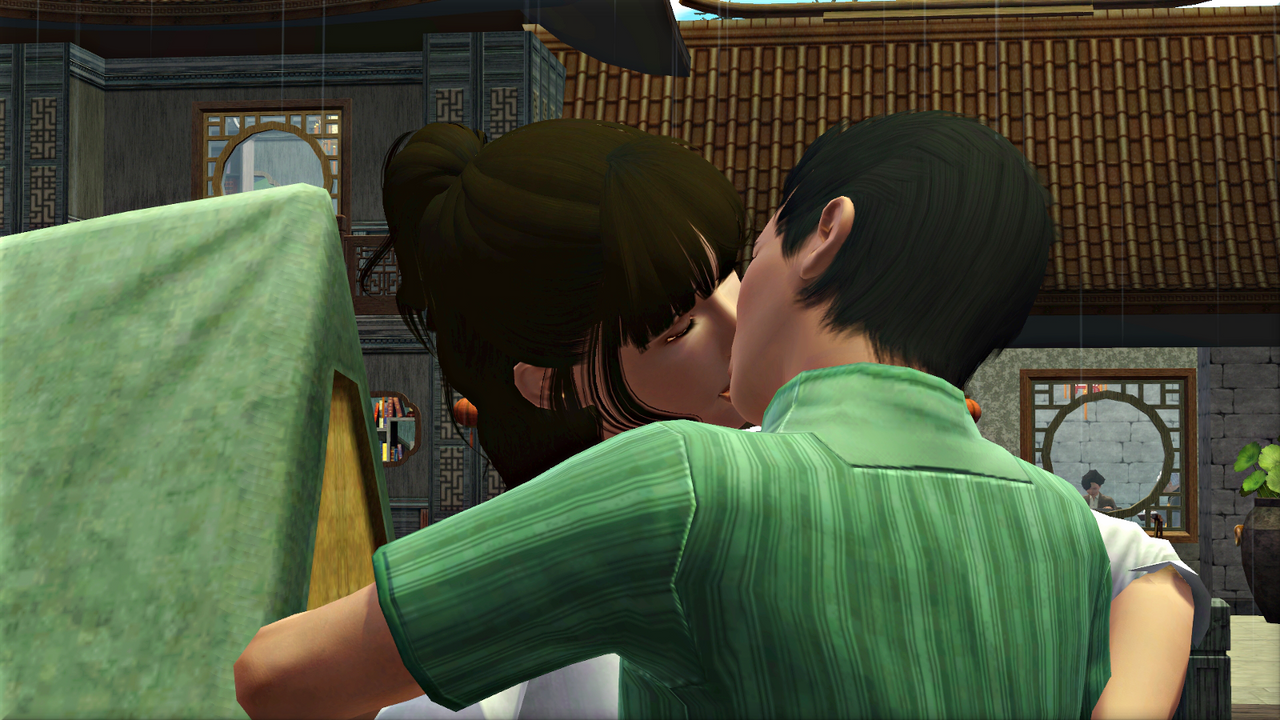 After they’d kissed goodbye, he wondered off to scare his sister Huang. It’s his childish trait I think. 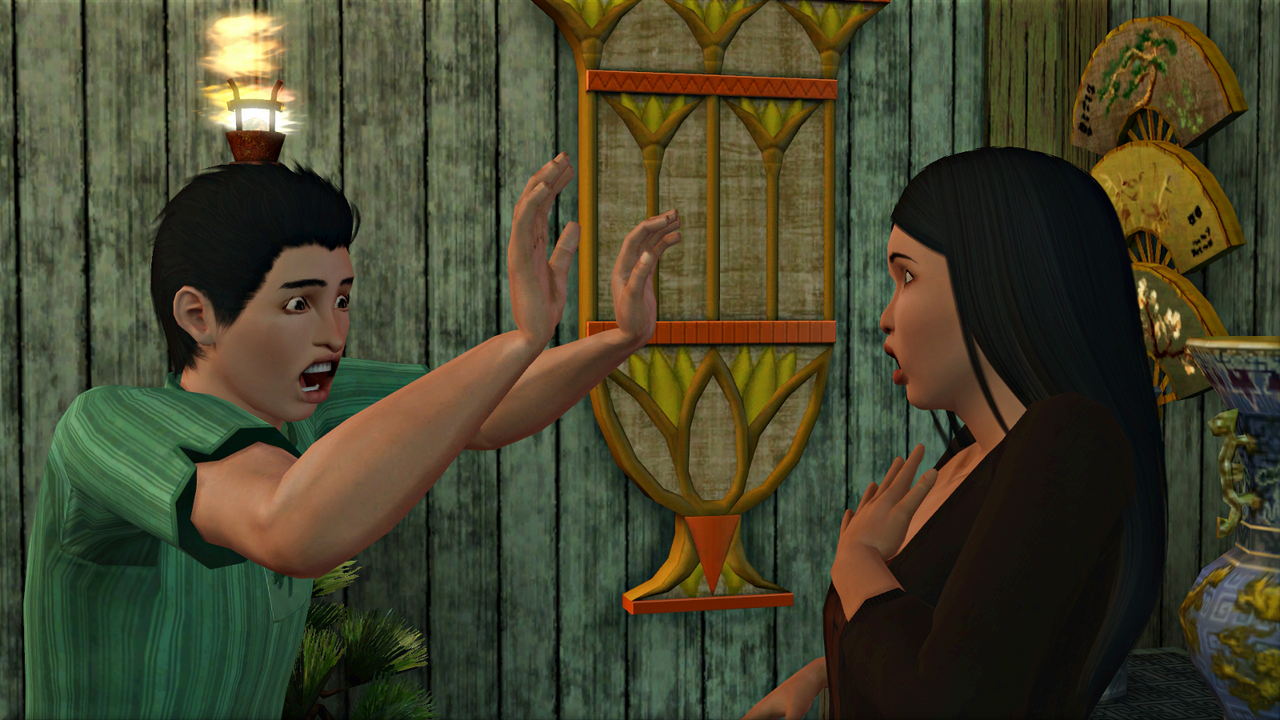 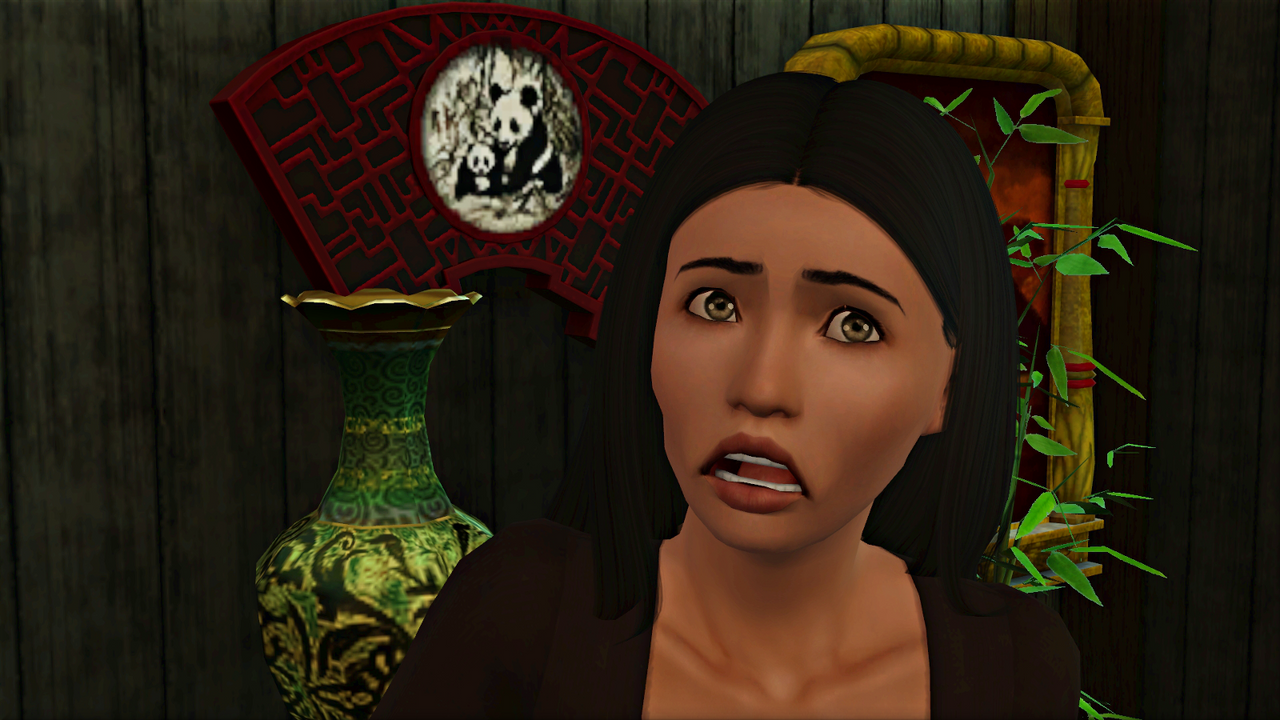 Huang was frightened and embarrassed at first but she didn’t get angry. 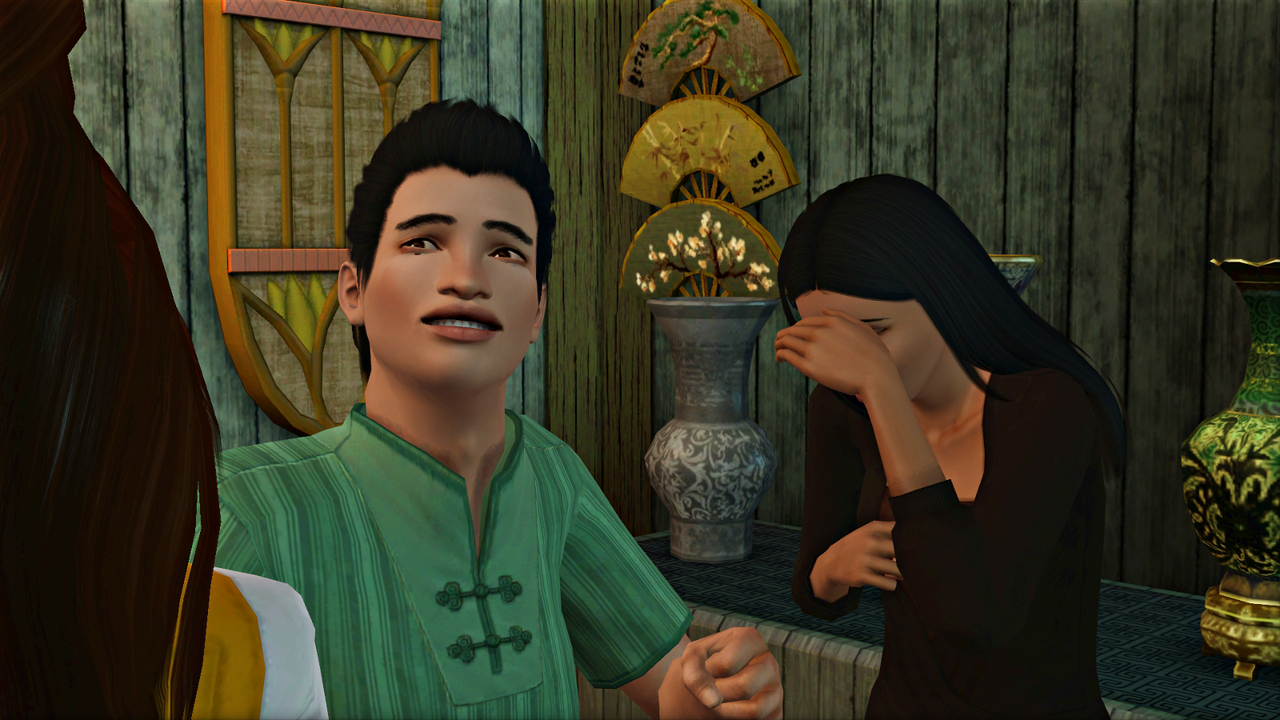 As her brother walked away, she even seemed to see the funny side. 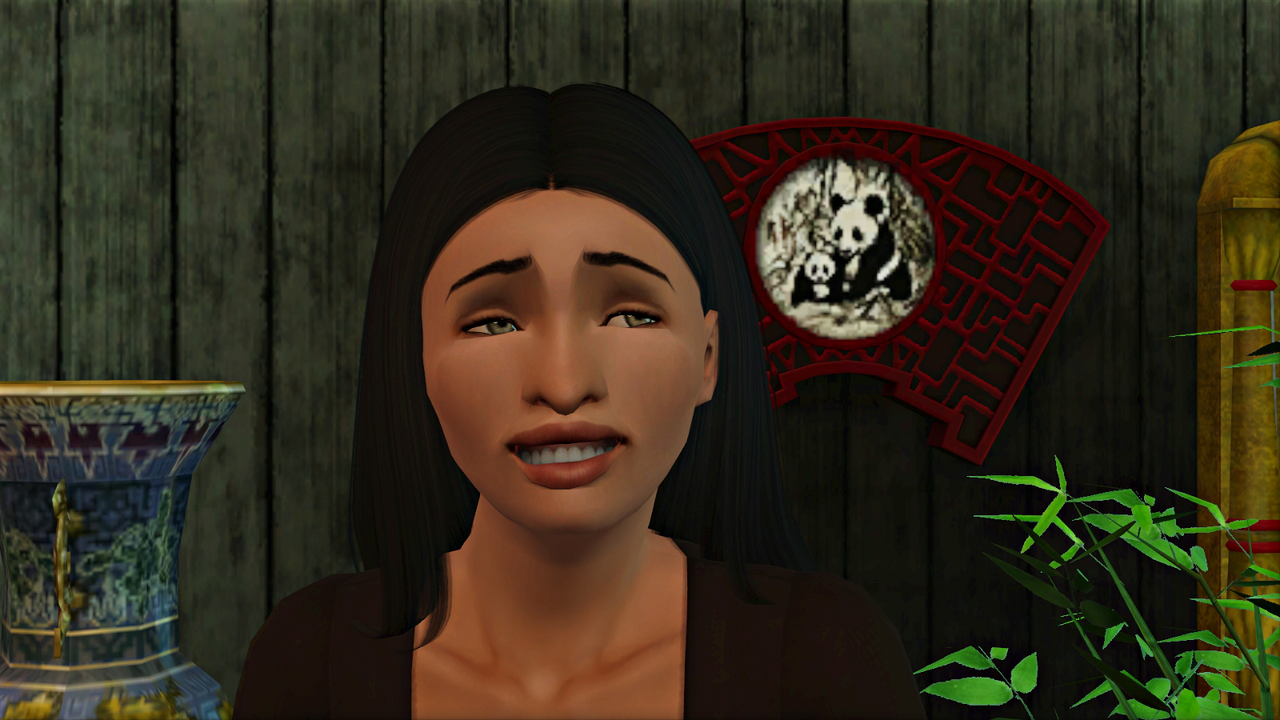