While the men talk, Tephna and her sister-in-law Aphra put Richard’s two eldest to bed. Tephna does not feel she knows Aphra well. The young woman keeps mostly to herself at the village feasts. But she is fond of the children, Tephna can see. She sings to them, and proposes all kinds of fun things to do that week, mostly involving the horses. 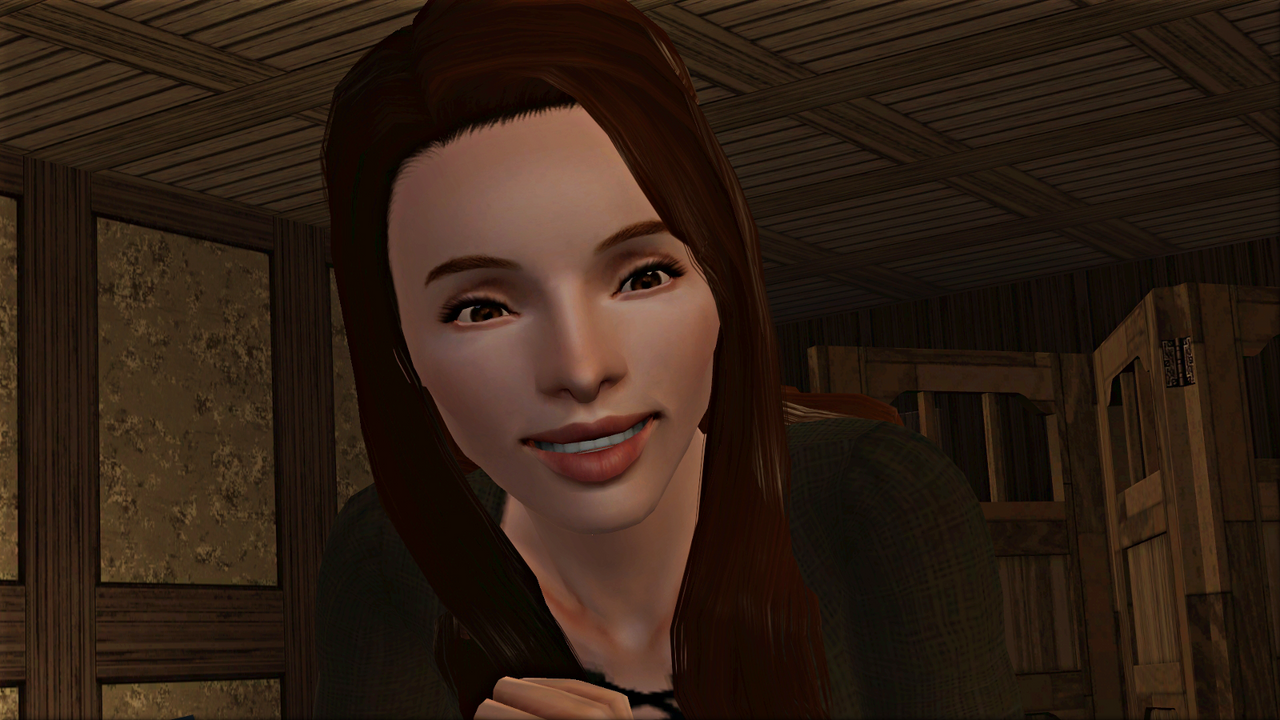 On Tuesday evening, Mark takes Ralf aside to ask him for a favour. The next day they are due to pick up Richard’s youngest from Jaclyn, who has been nursing her since her mother passed. If he let Richard go alone to Lockville, there is a good chance he would return with new clothes for everyone, or a third horse, or something else they cannot afford. It would ease his mind if Ralf would ride out with him.

When Tephna hears this, she begs to go in her husband’s stead.

With Mark and Ralf’s consent, she and Richard set off the following morning. 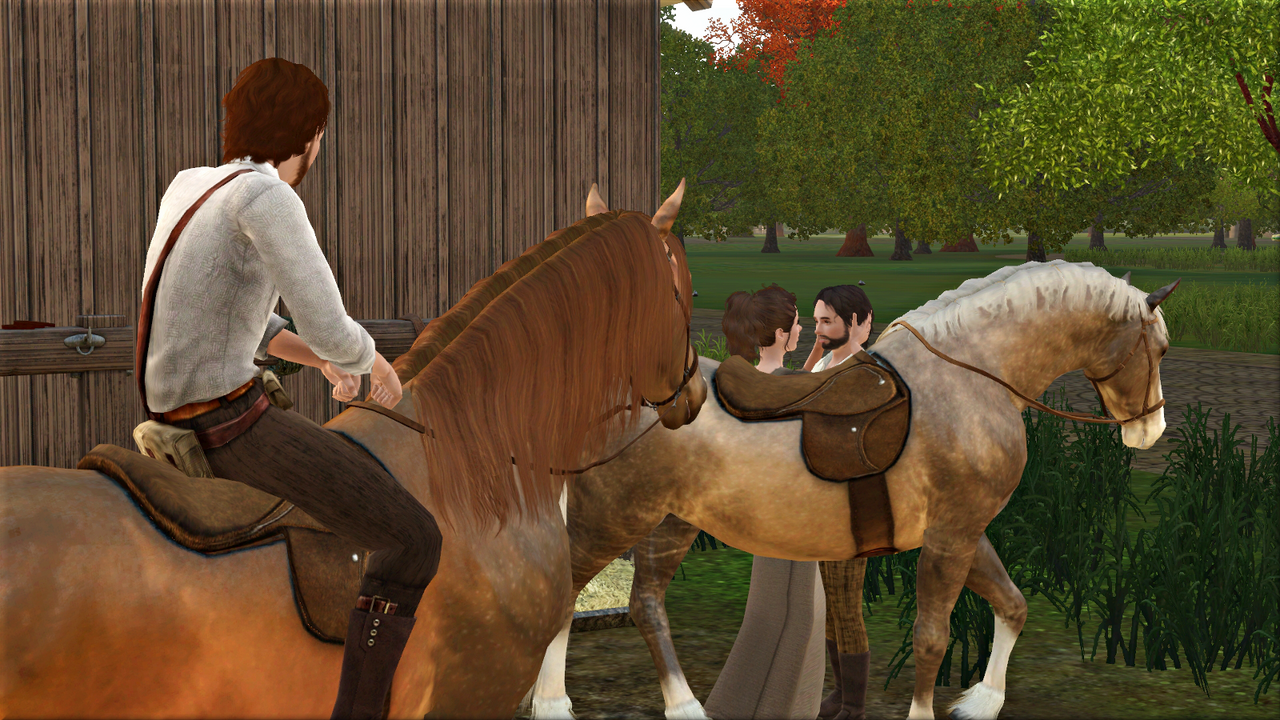 Tephna does not care for his company. She never liked the way he pursued her friends, one after the other, but there is something else too. He is never cruel or cold; he makes no lewd advances, not against her at least. Quite the opposite, he treats her with a kind of elaborate gallantry, as though she were some lord’s wife, and he her husband’s faithful knight. It is all so affected, she always feels like he is mocking her.

She forgets all that as soon as she sees her friend. 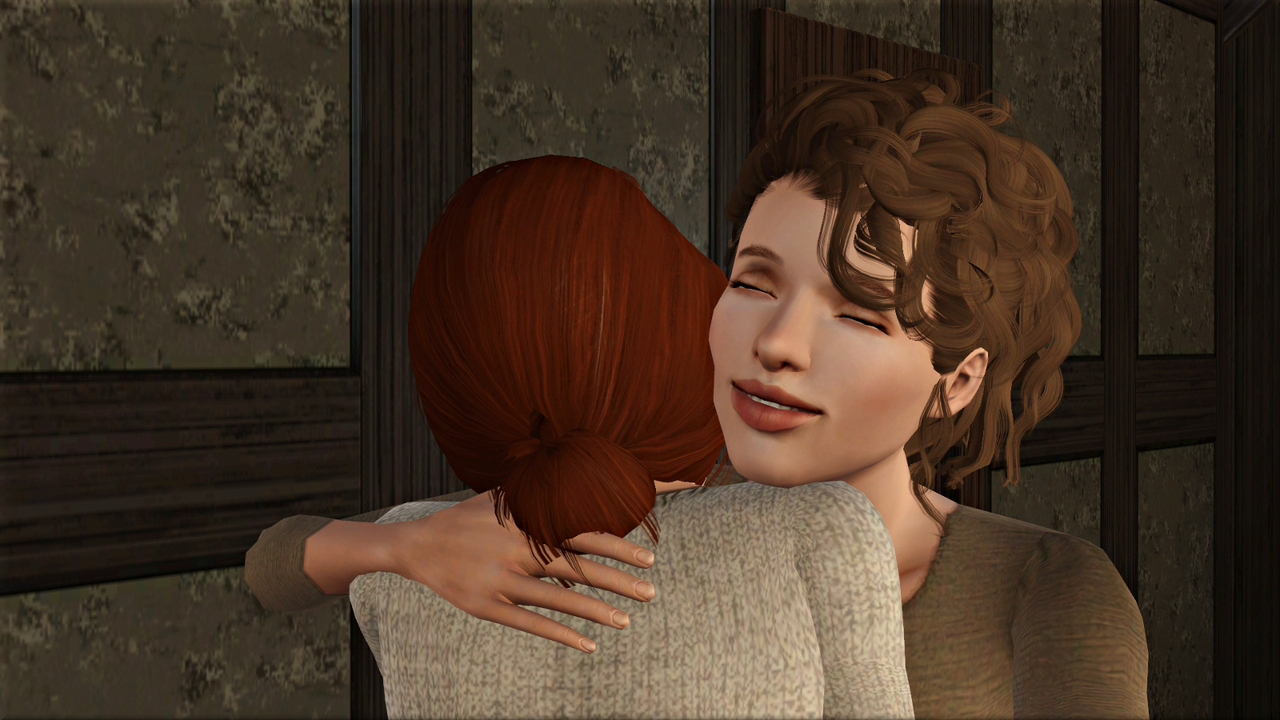 They were together only last week, for Tephna’s wedding, but she does not know when they will next see one another again.

Jaclyn brings them to the children. Little Francis Brewer is playing with Jaclyn’s daughter Alys. In one of the cribs, a newborn baby lies asleep. 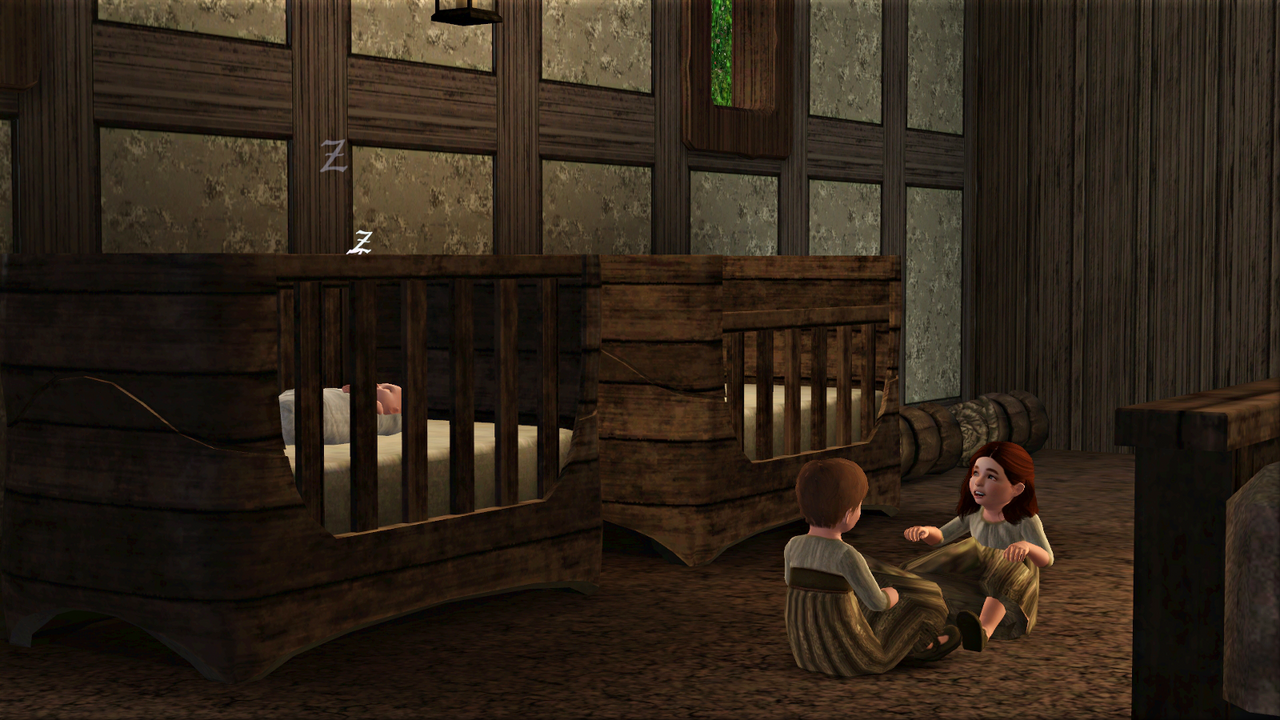 His name is Raymond, Jaclyn says. If he had been a girl, she believes she would have been invited to nurse the young mistress’ daughter at Havlock Hall, but she would not change her baby boy for anything. And of course it is a relief to have an heir to her husband’s lease. They sit and talk for a while. Jacyln’s mother- and sister-in-law bring them warm pottage, and make the visitors feel welcome in their home. 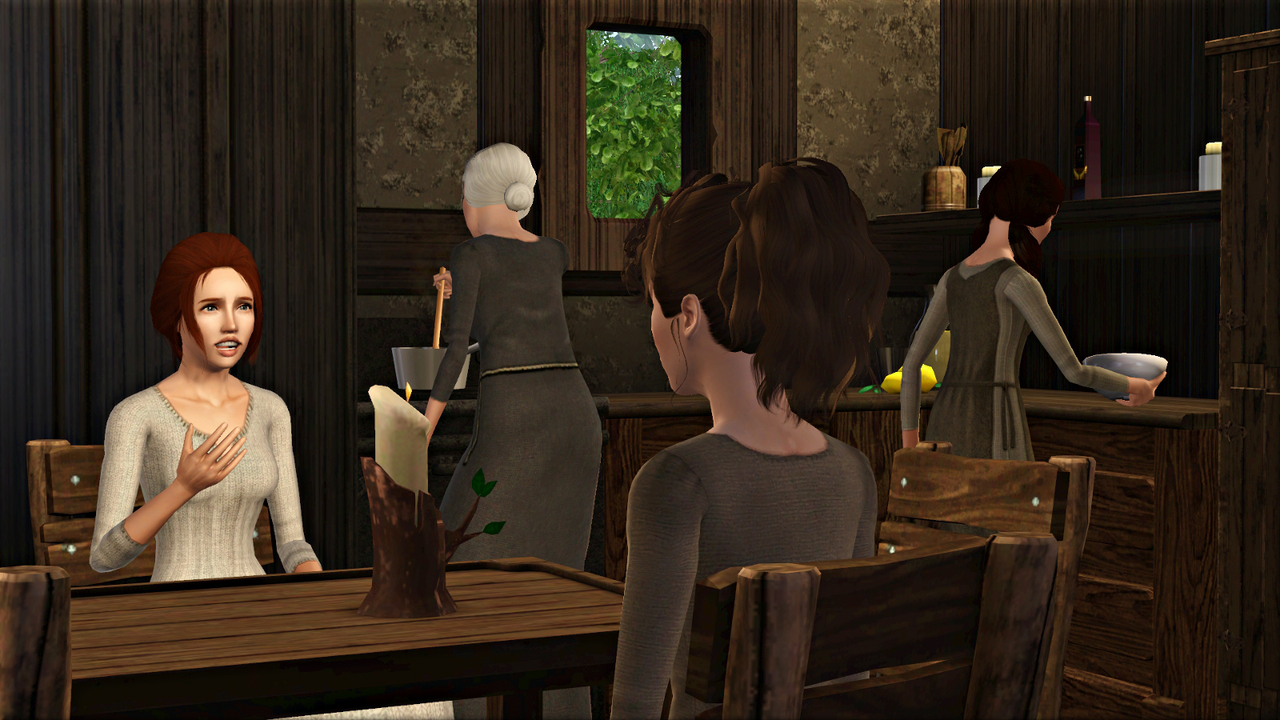 Francis takes to Richard right away. 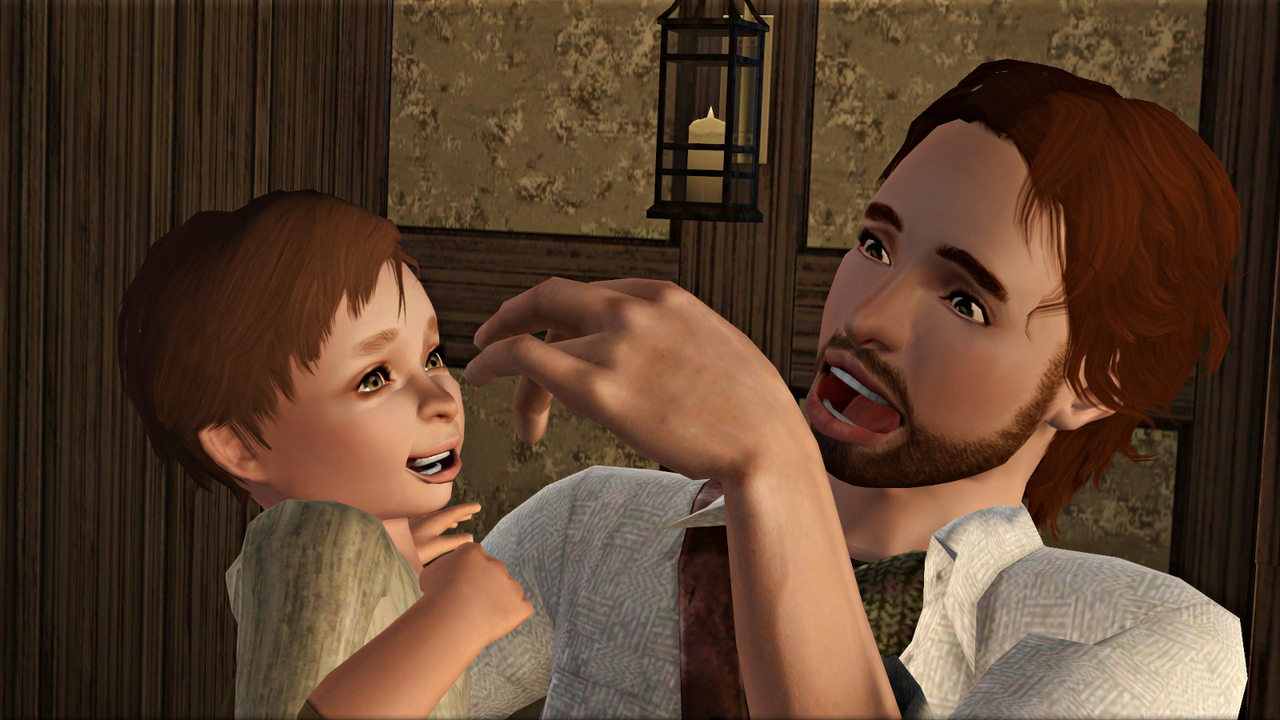 But when they bear her off on the horses, away from Jaclyn, she cries and cries until she is exhausted.

She begins again when they get her home. They send for her mother’s brother and sister, but no one can soothe her. 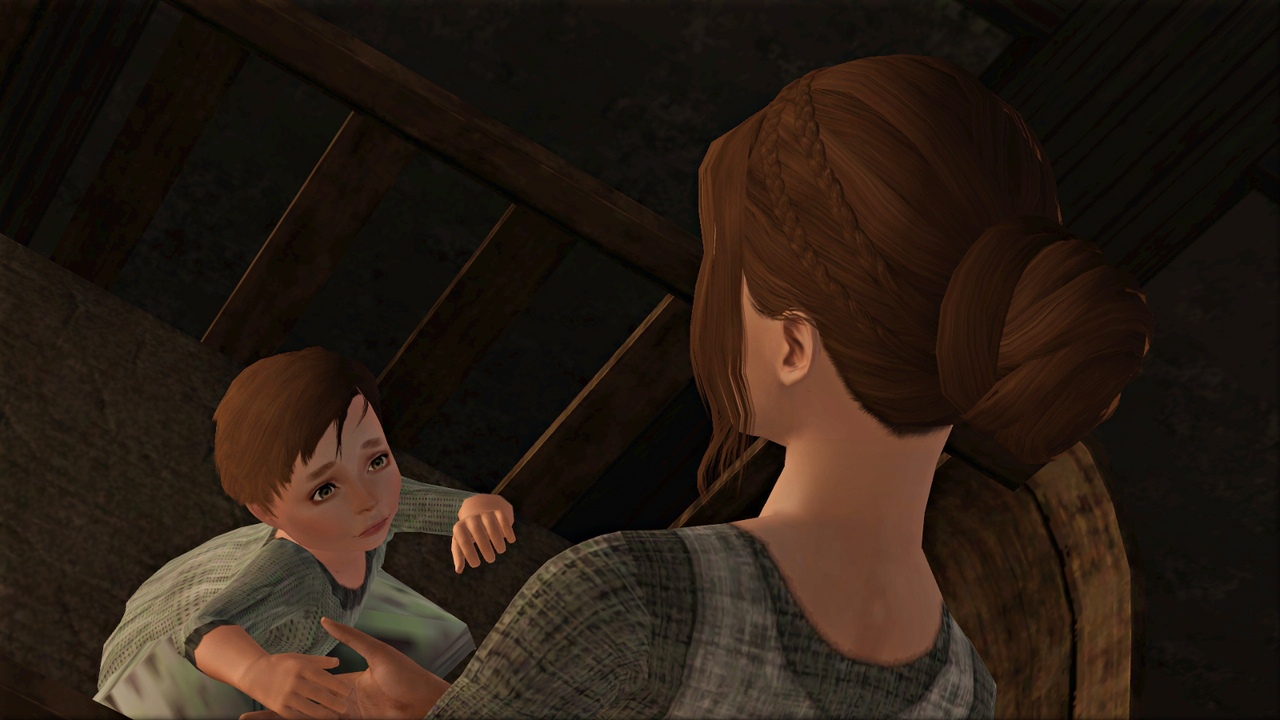 It will take time, Tephna says. She instructs Richard to hold his daughter close as often as he can, and speak gentle words to her. Some brewed chamomile may help too; she will show Aphra how to make it. 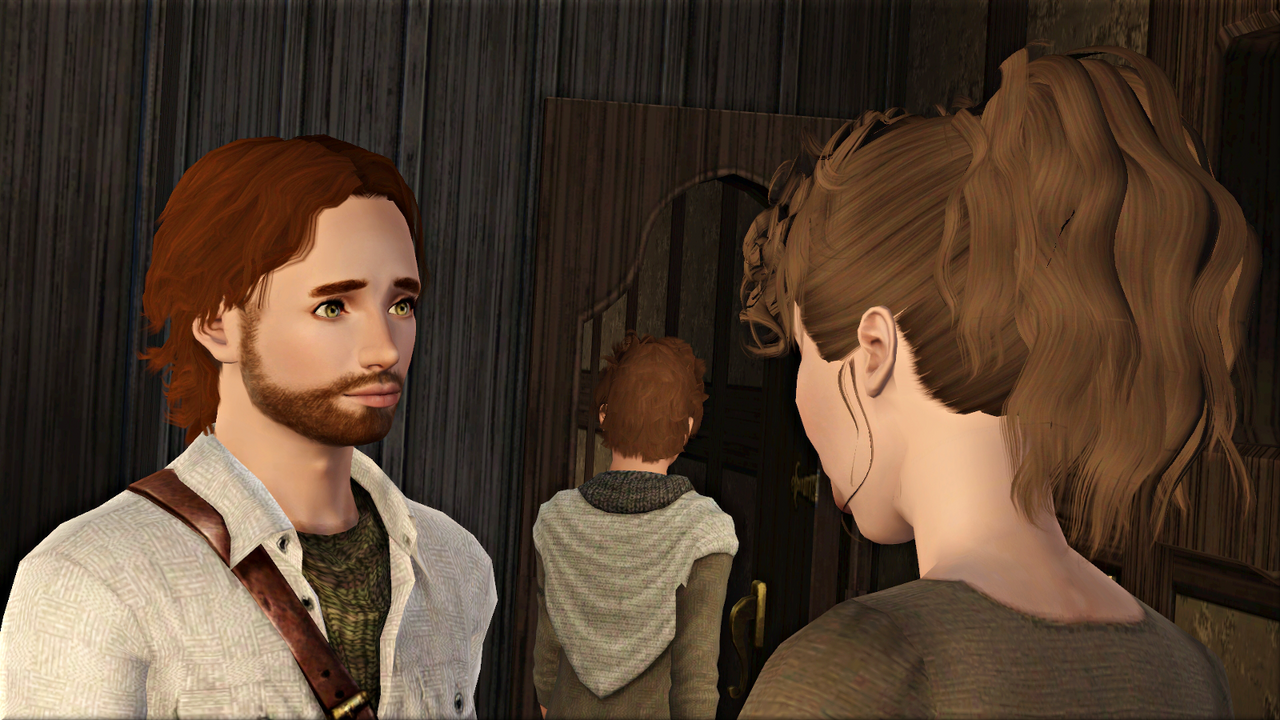 Tephna stays until Francis wears herself out. Her husband remains at the brewery a little longer, to keep Richard’s spirits up.

That night, to Tephna’s suprise, Ralf joins Gilbert in his singing. They seem to be singing different words, to different tunes. It’s impossible to make one out over the other.

It was Mark and Richard’s plan, her husband sheepishly explains when he gets inside. For once they were in agreement, that this might be a way to show Oriel that married men still woo their wives. 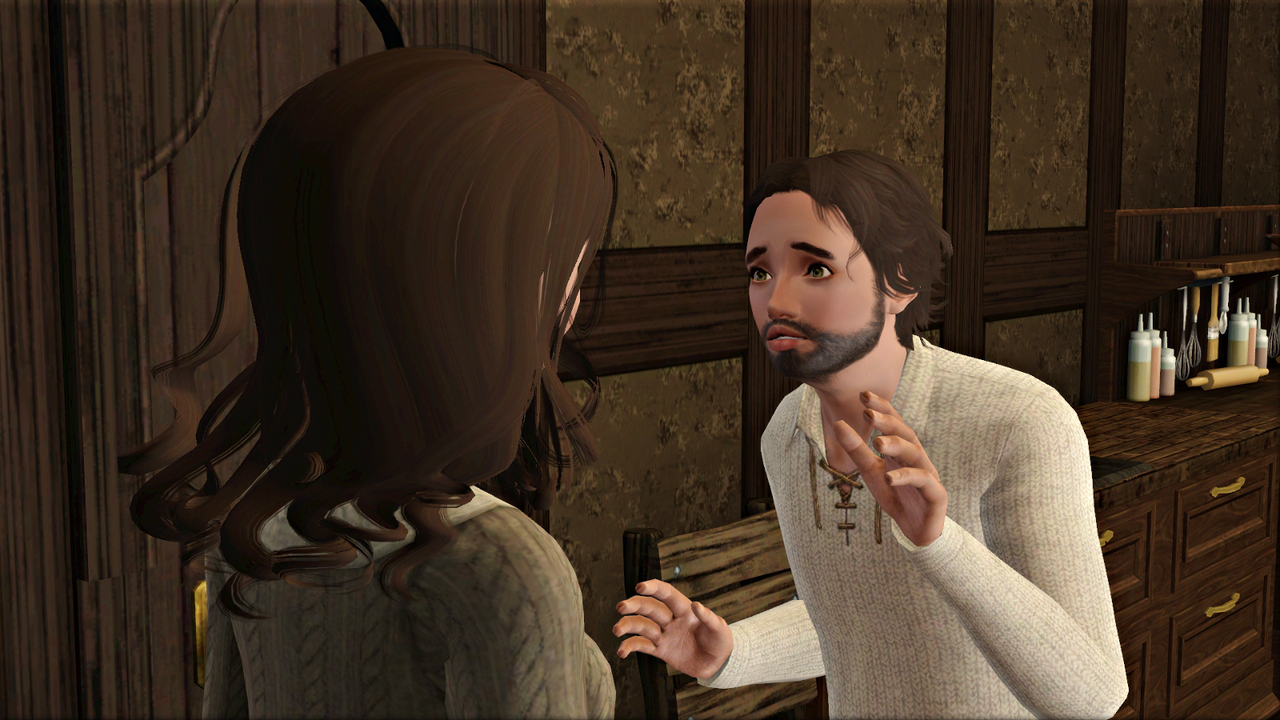 Tephna is not sure that the plan will work, given how absurd the men looked and sounded out there together. But maybe that in itself will be enough to snap Oriel out of her nonsense. And Tephna is touched by the intention behind it, to bring Oriel round to her own happiness, and to grant Tephna herself some peace of mind.

When they are in bed together, Ralf speaks the words of his song over to her. He shifts about, embarrassed. It’s not proper poetry, he knows, but he wanted to do something to help. There’s a verse he kept back, one meant for her ears only, full of little jokes about their life together. Tepha laughs happily and kisses him. 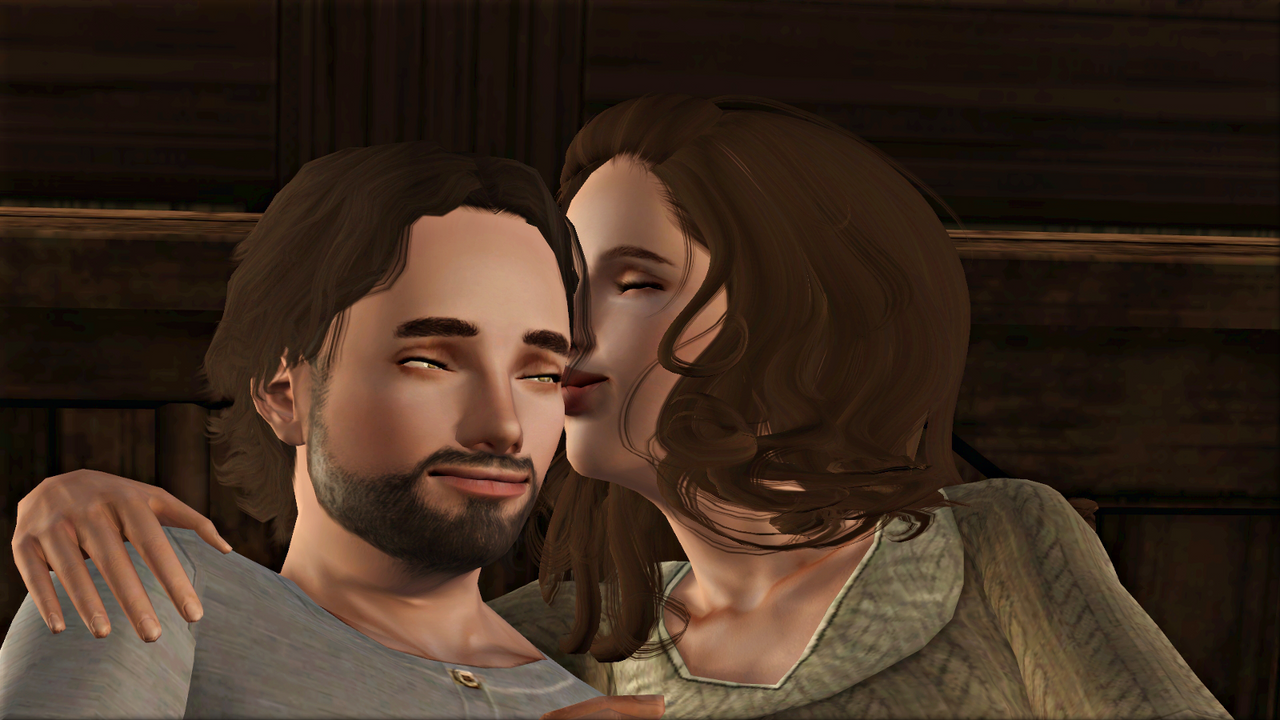 Ralf and Gilbert sing together again the next night. 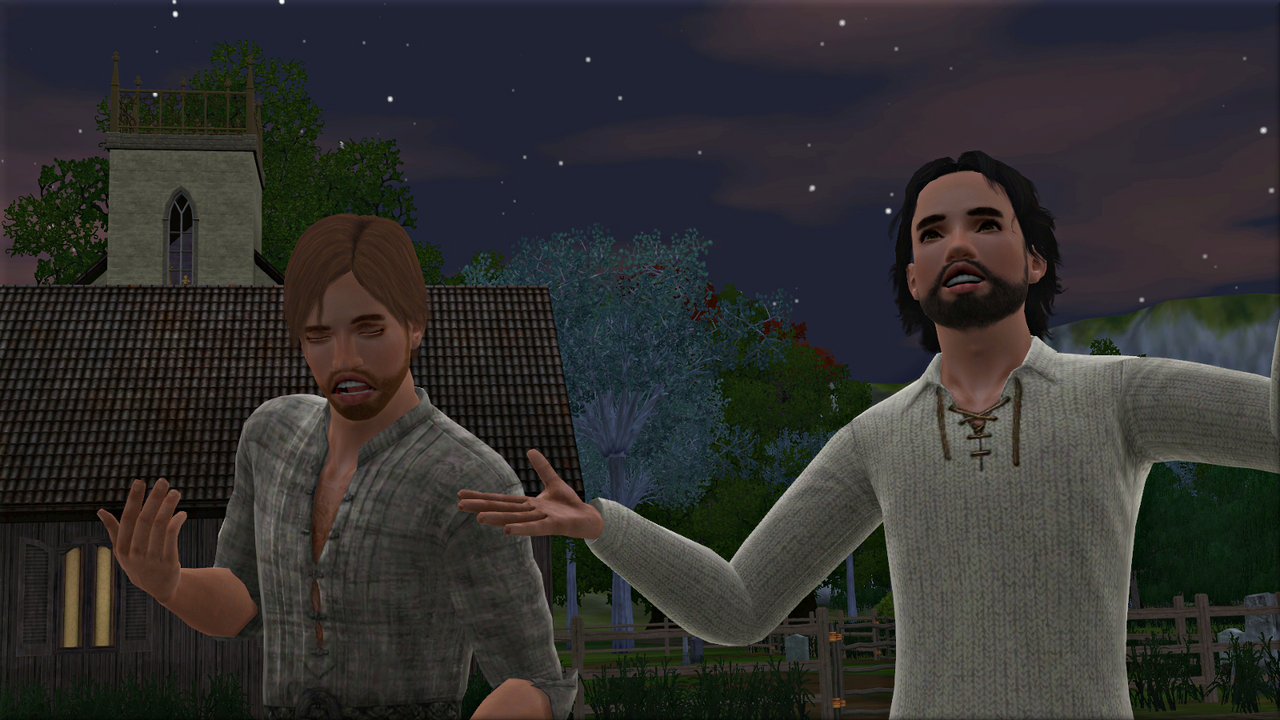 Oriel does not seem reassured. She grows morose and diffident. She senses this is all somehow intended for her benefit, but she does not understand it. At last, she comes to her sister to talk.

Tephna listens as her sister explains how she always admired the ladies in the songs they shared as children. They seemed so powerful, with great knights and lords laying down gifts worth kingdoms at their feet for just one kind look. And since she couldn’t be a knight herself, and ride about putting everyone in their place, she wanted a little bit of those proud ladies’ power instead. She knows how men are once they are wed. Not one week after Aelfgiva gave birth to their first child, Richard told Oriel she would grow up to be the loveliest girl in the village, which is just what everyone used to say of Aelfgiva herself. It was an favourable match, better even for a poor Fowler girl than a marriage into the Jardine family would be for Oriel. But none of the village boys plucked Aelfgiva flowers any more, and her husband’s attention wandered whenever she left his side. And then she died so horribly, by Richard’s child. Her good looks could not save her, nor could the love her neighbours bore her, nor the marriage that everyone had said was such a good thing for her.

Tephna hates to think about the sweet young girl who died in her care. She feels responsible still. She takes Oriel by the arms and promises she will never let anything like that happen to her. It is not hers to promise, but she does not know what else to do, Oriel seems so upset. 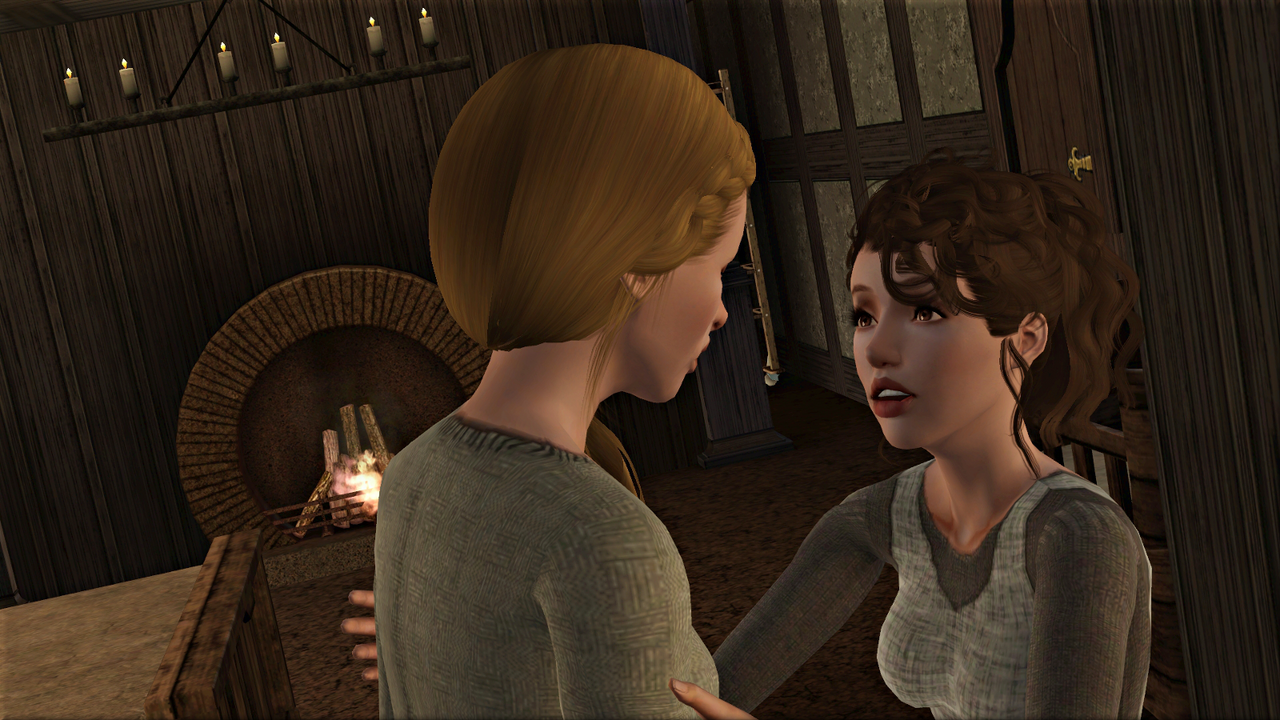 When they have both calmed down a little, Tephna reminds her sister that Gilbert is not Richard. He’s a melancholic love-sick fool, without one half of his mother’s good sense, but he is nothing if not faithful. He’s never cast so much as an interested glance at another girl.

And she does believe he could make her sister happy and comfortable. It would be good for their family too, but Tephna does not feel she can push this point, given her own situation: married for pure love somewhere in her 270s, almost an old maid, to a man of good family and a good heart but not a strip of land.

It will be Oriel’s choice in the end, but for the sake of them all she must either marry Gilbert or tell him no once and for all. Either way, she should find some other interest, some other way of reconciling herself to her place in the world, outside of torturing stupid young men. Mend bridges with the village girls, go more often to confession, work with extra dedication on her sewing. If she does marry, run her husband’s household and care for their children; if she does not, help their brother with the bakery and make herself useful however she can. Tephna would happily teach what she knows of herb lore. 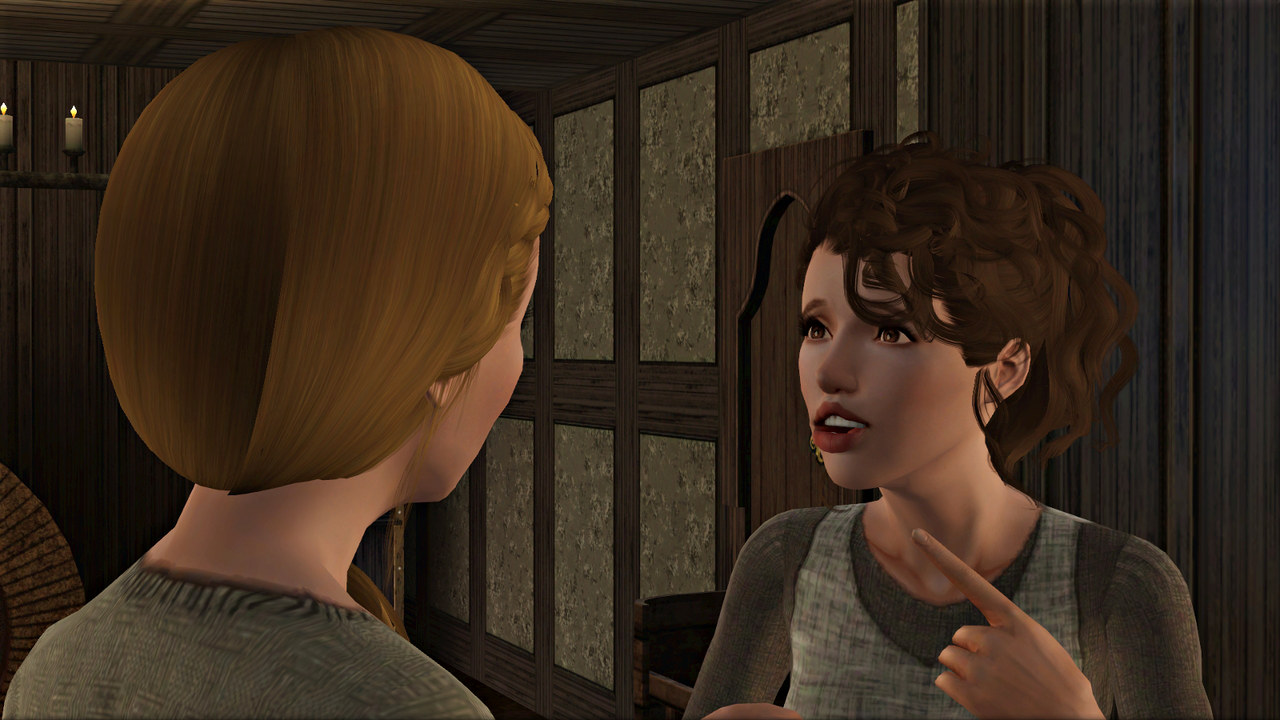 Oriel thinks about all this. She says she will have an answer for Gilbert by midsummer. Before she leaves, she takes her sister in her arms and squeezes her tight. Tephna is surprised: Oriel has not done that since they were little girls, telling one another tales of brave knights and haughty maidens. 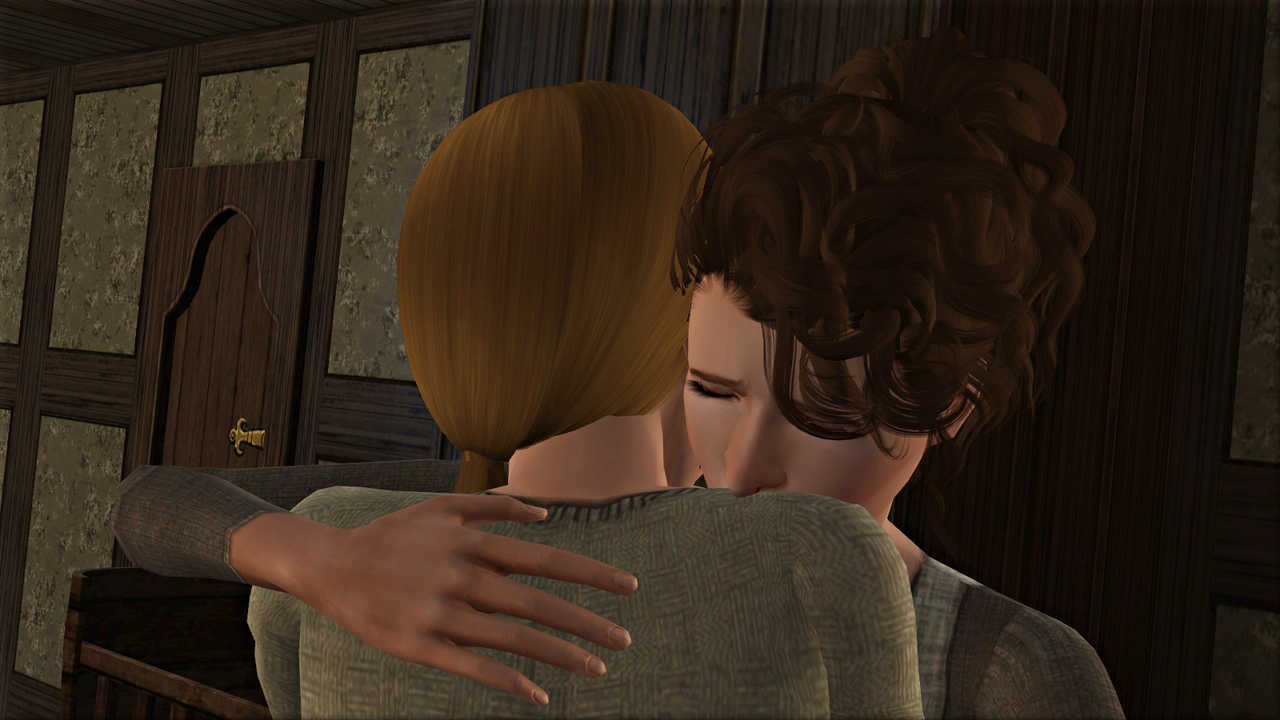