On Friday, Rachel takes the children on a field trip.

Jo and Ronen befriend a shrew. 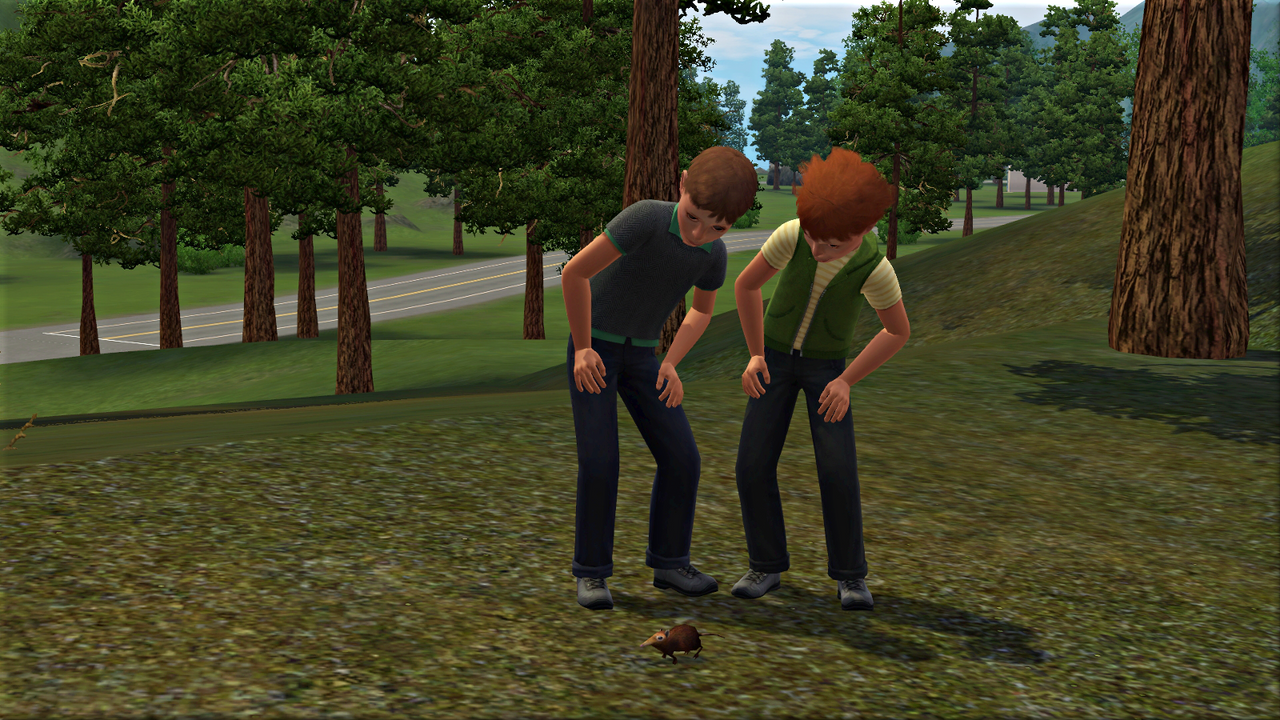 They name her Scrabbles. 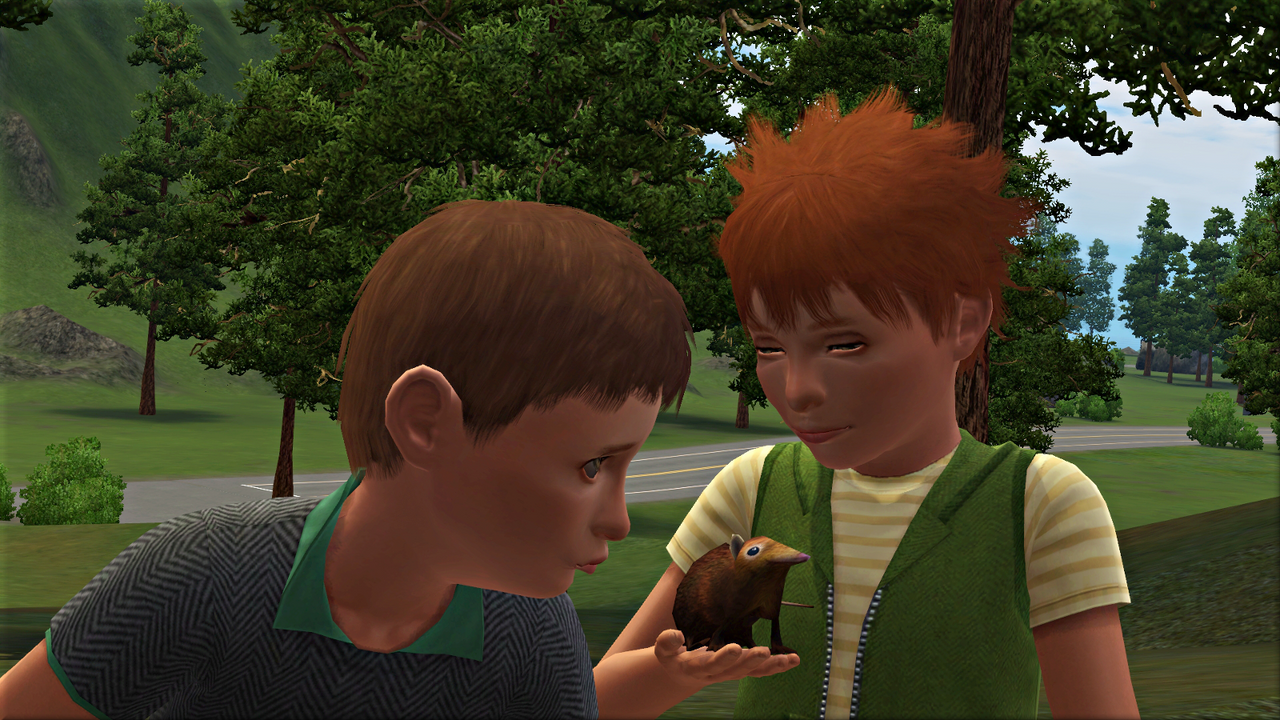 The group finds all kinds of other things too. Rachel somehow seems to know all the best places to look. 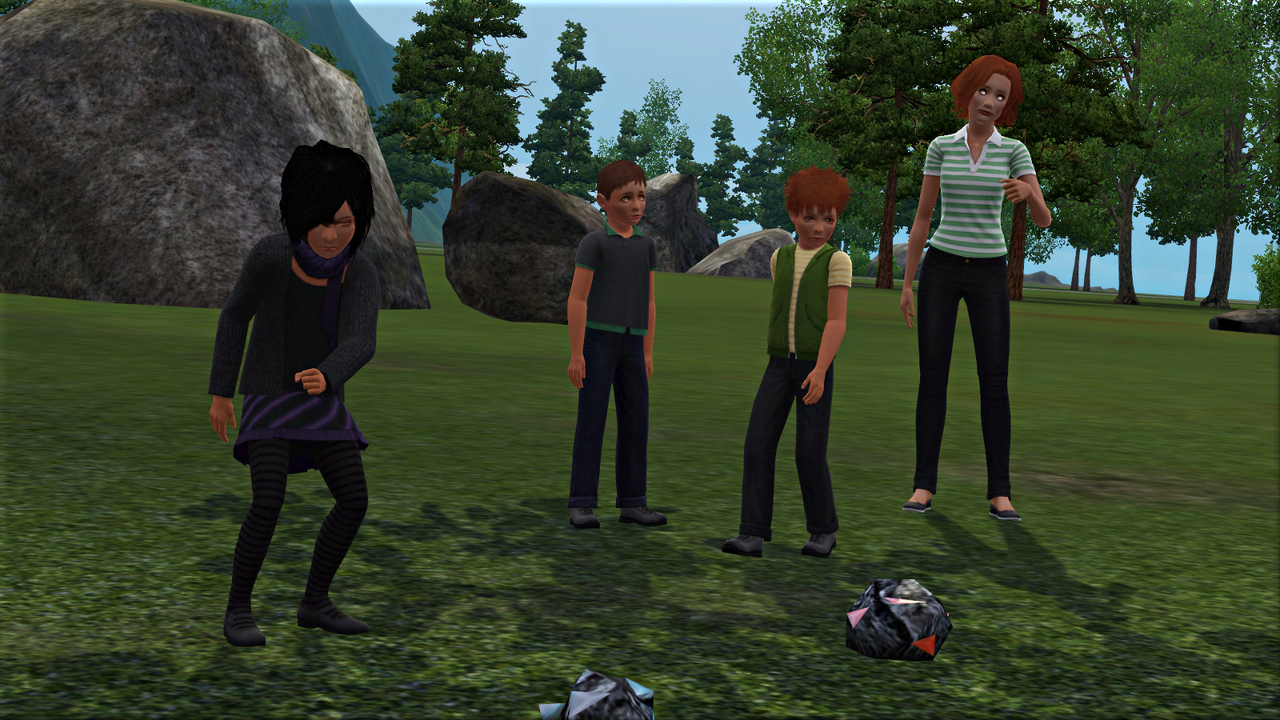 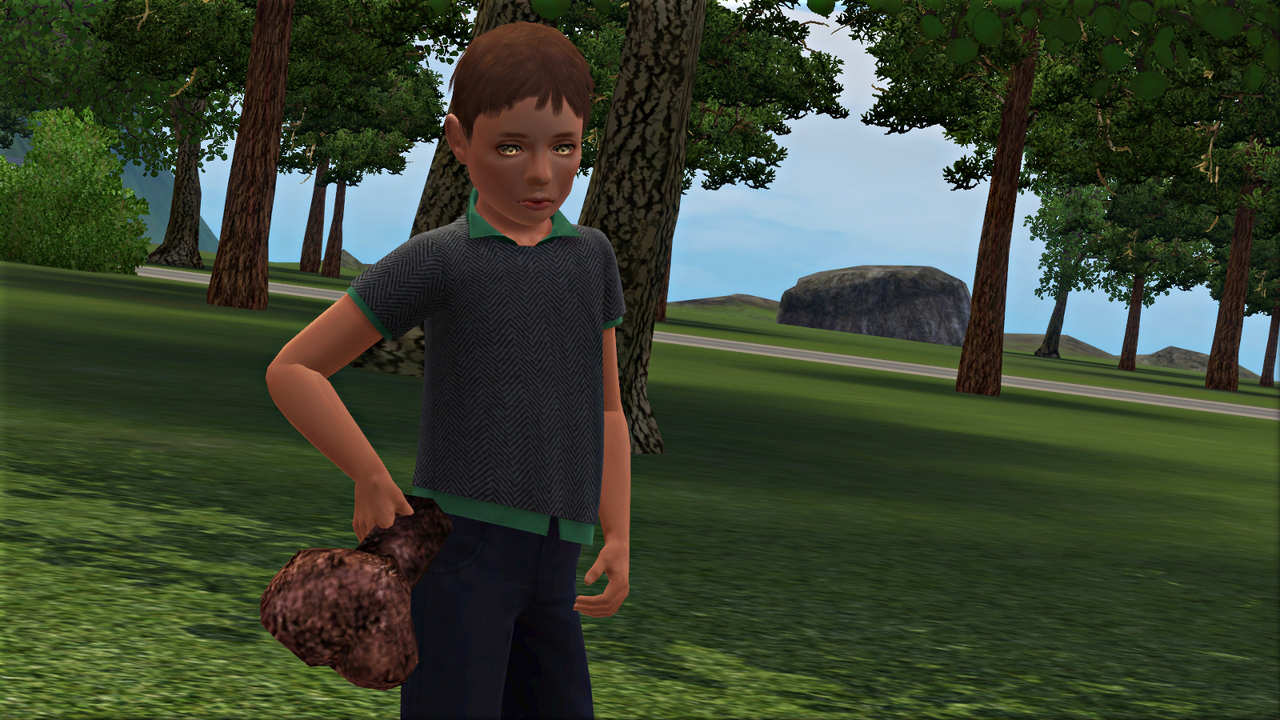 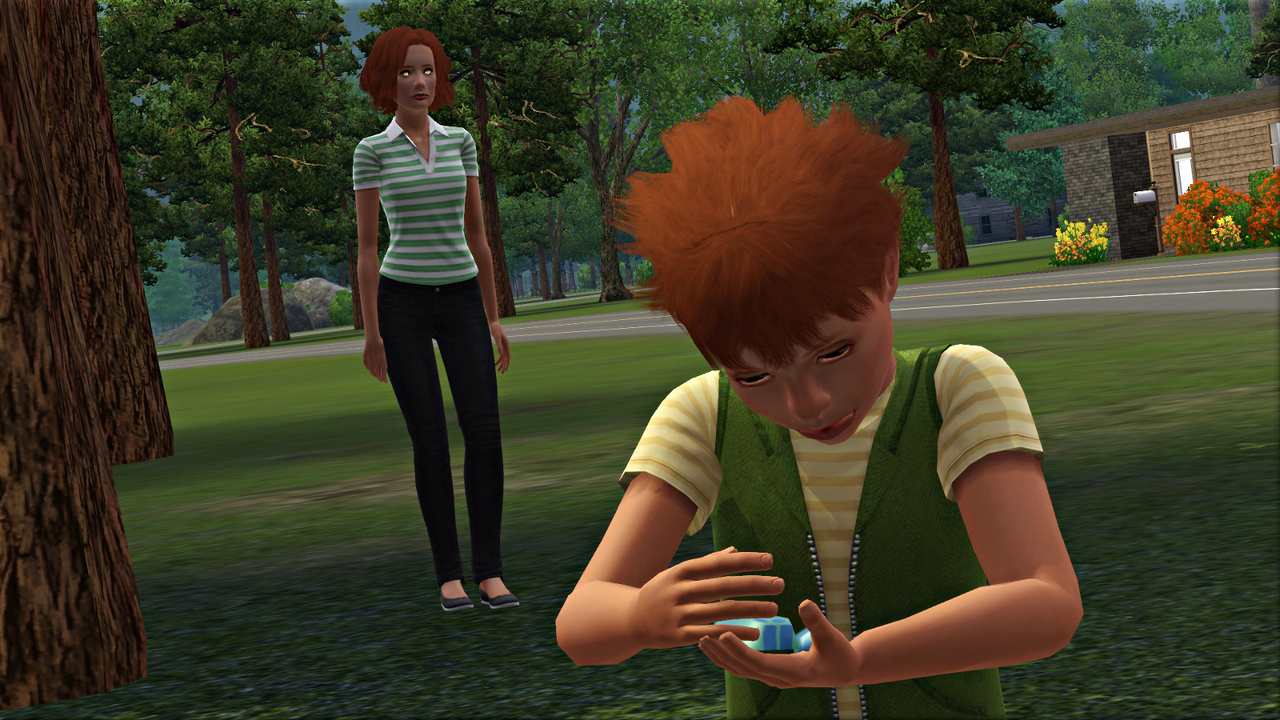 They come across the foundations of an abandoned house. 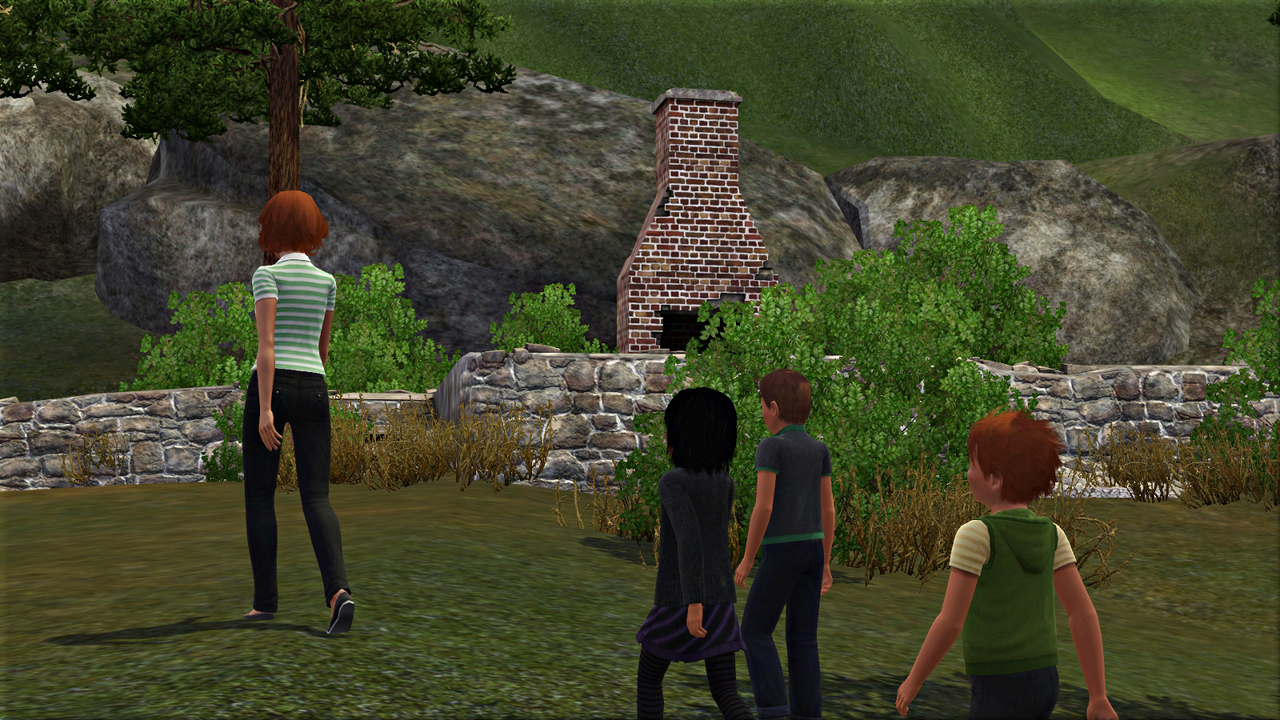 At home, Rachel and Ben help the kids identify their collections.

Jo has some truffles and three small space rocks. His parents tell him their long names, which he repeats over and over until he has them memorized.

Ronen’s most impressive find is a rare spotted beetle. He could keep it as another pet, his dad says, or donate it to the Science Centre.

Dorothy would like to donate something too, to support her mum’s favourite charity, the Alternative Sport Society.  Rachel tells her she could have the tanzanite and bloodstone she collected that morning polished up and sold, and ask her parents if she would be allowed to donate the proceeds. 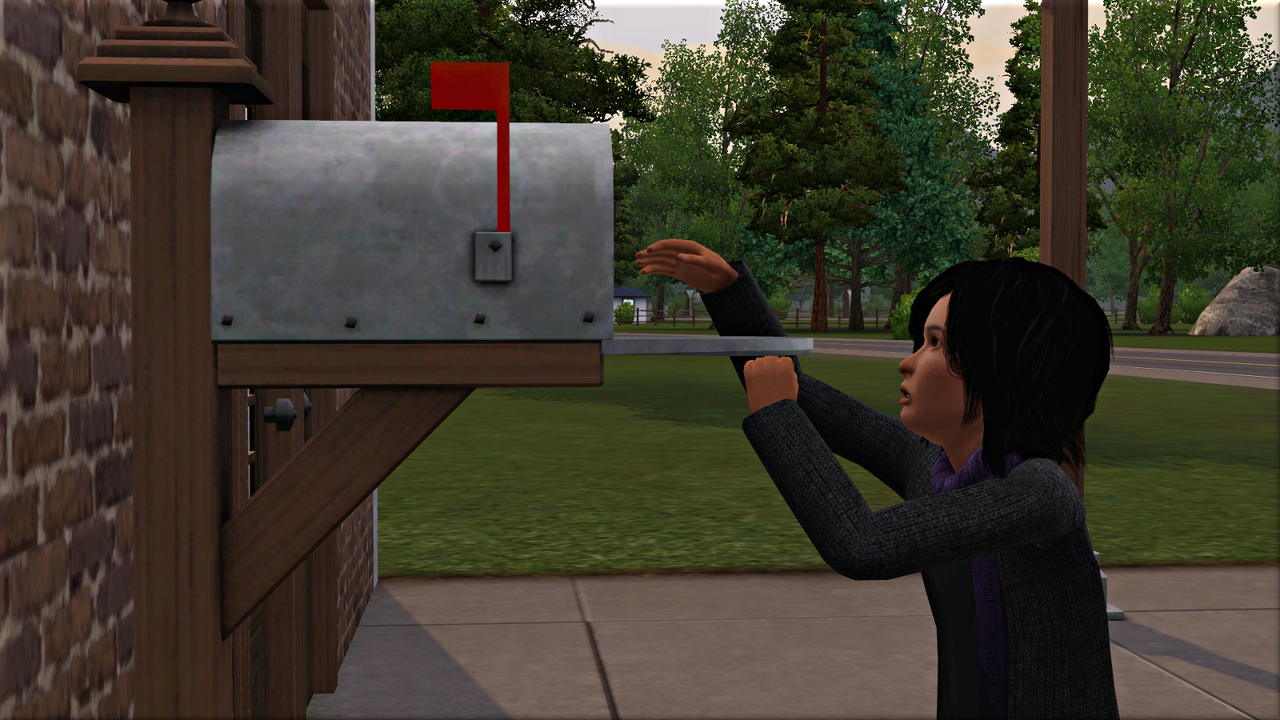 The boys find a nice home for Scrabbles. 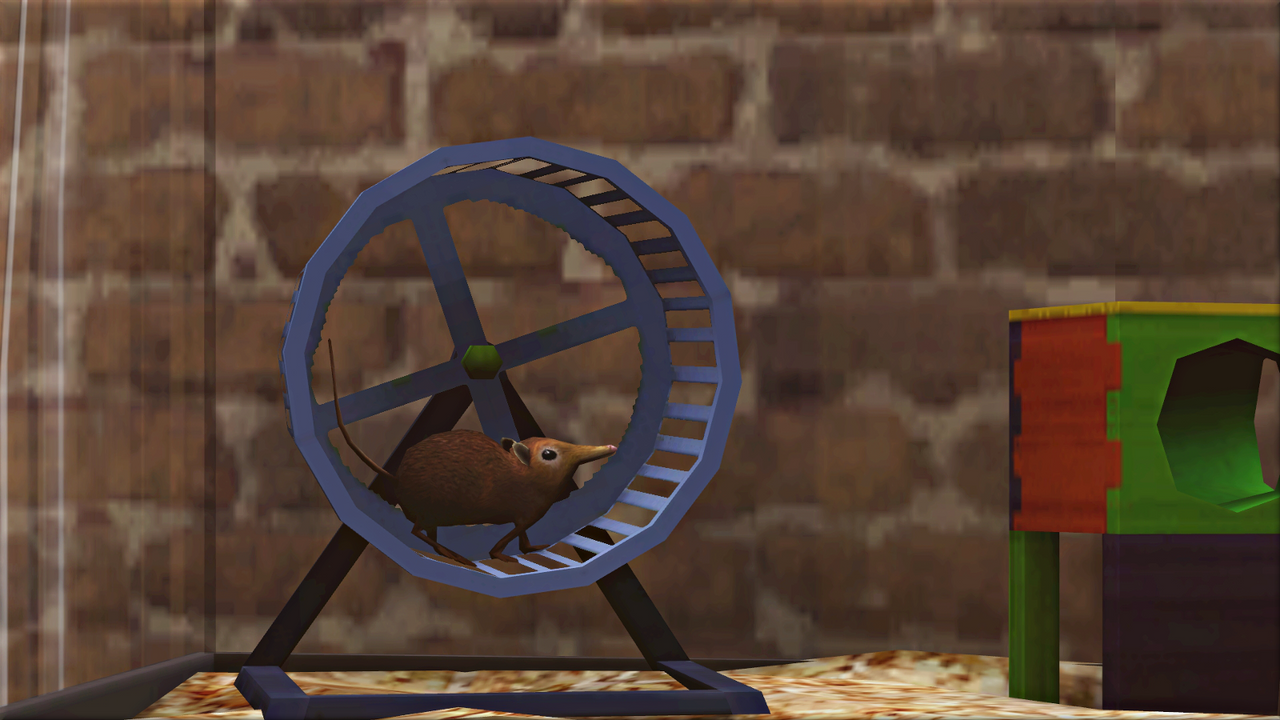 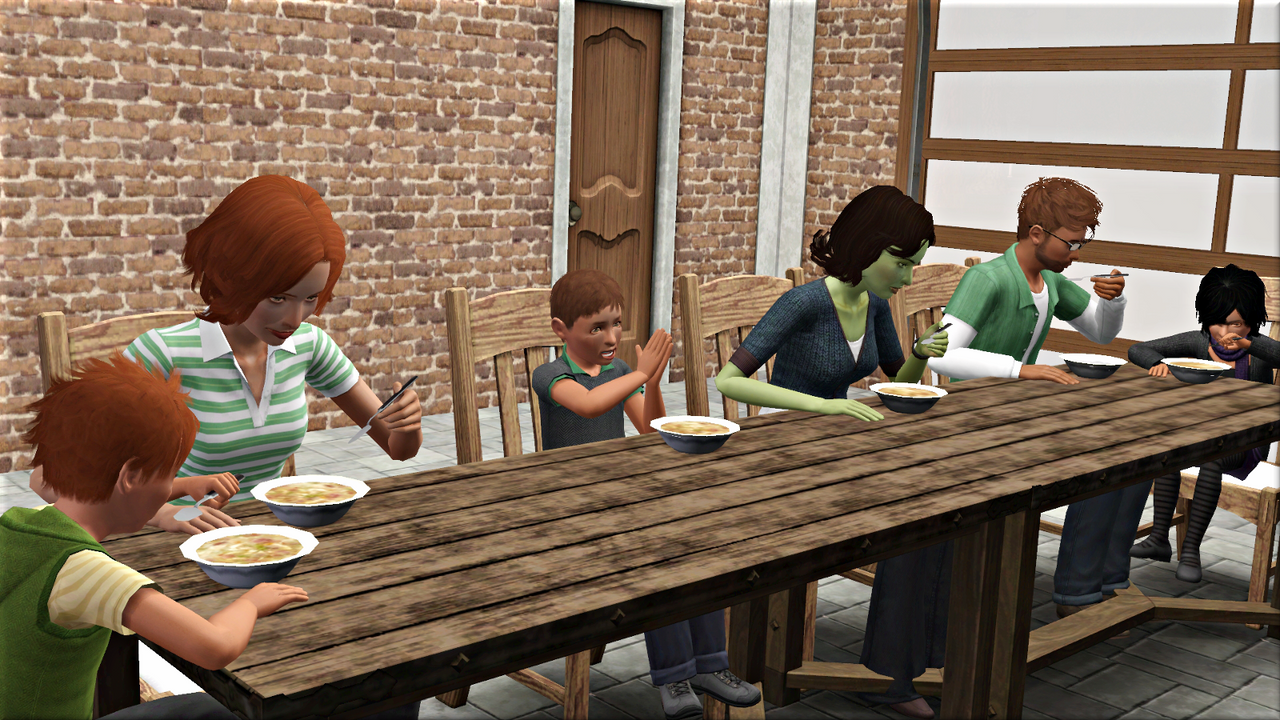 The meal is delicious. Rachel’s been practicing in the kitchen a lot recently, and finally feels ready to have a go at making lobster thermidor for her husband.

Ben is excited. He hasn’t eaten his favourite dish since he moved out on his own. He plans to take Ronen and Jo out fishing with him the very next day, to catch a lobster for their supper.

That night, as Ben is thinking about fresh lobsters smothered in garlic, something strange happens. 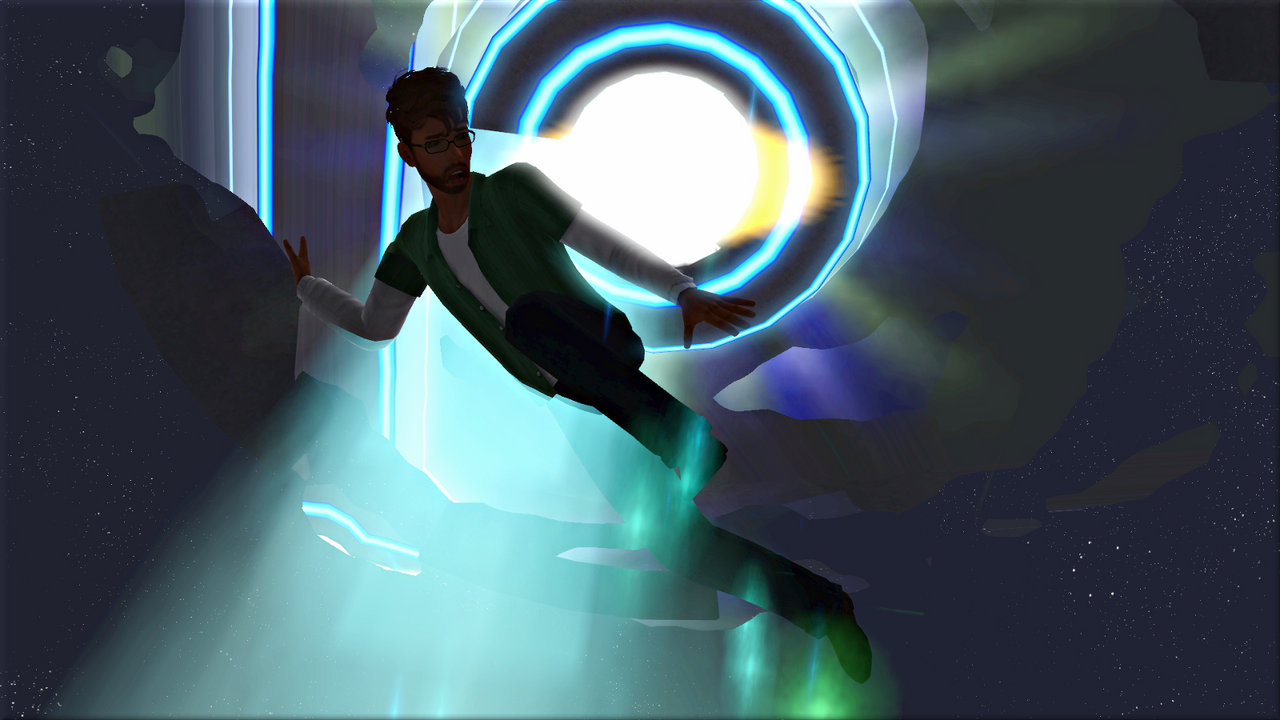 Ben wakes up the next morning feeling not quite right, but he doesn’t call off the fishing trip. 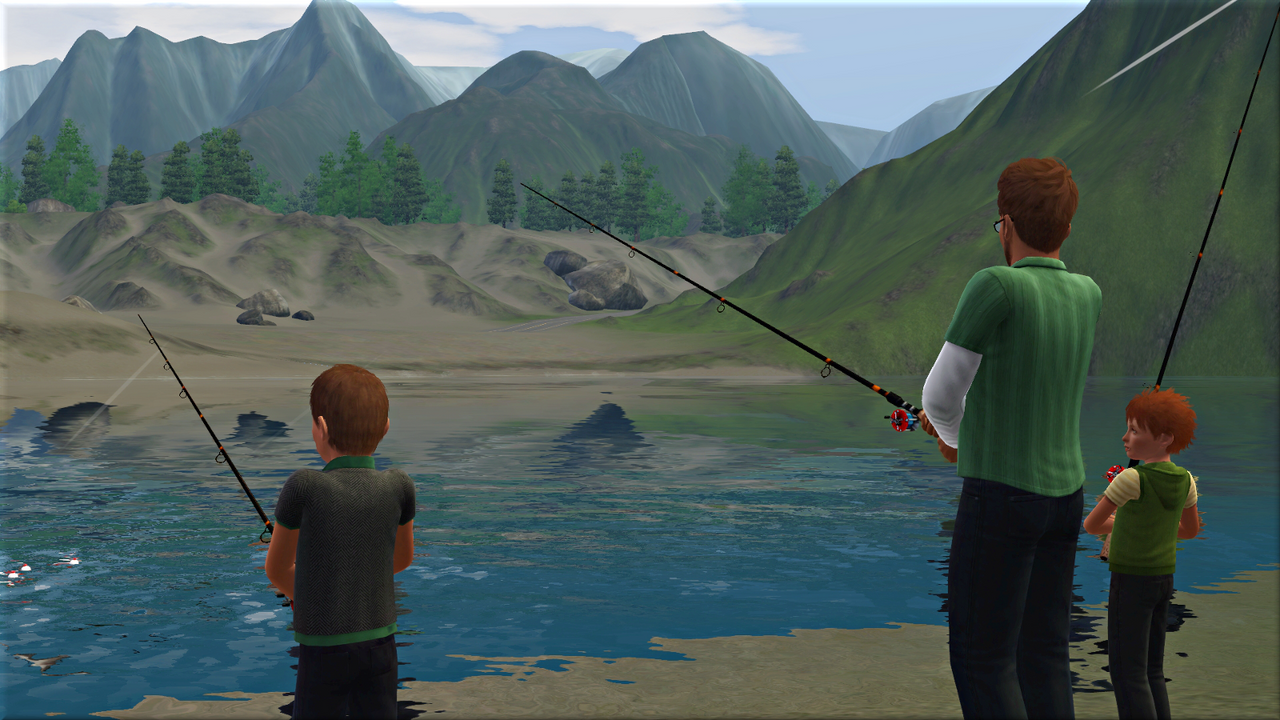 Ben uses some home-grown onions to catch tuna fish, and the tuna to catch his lobsters. 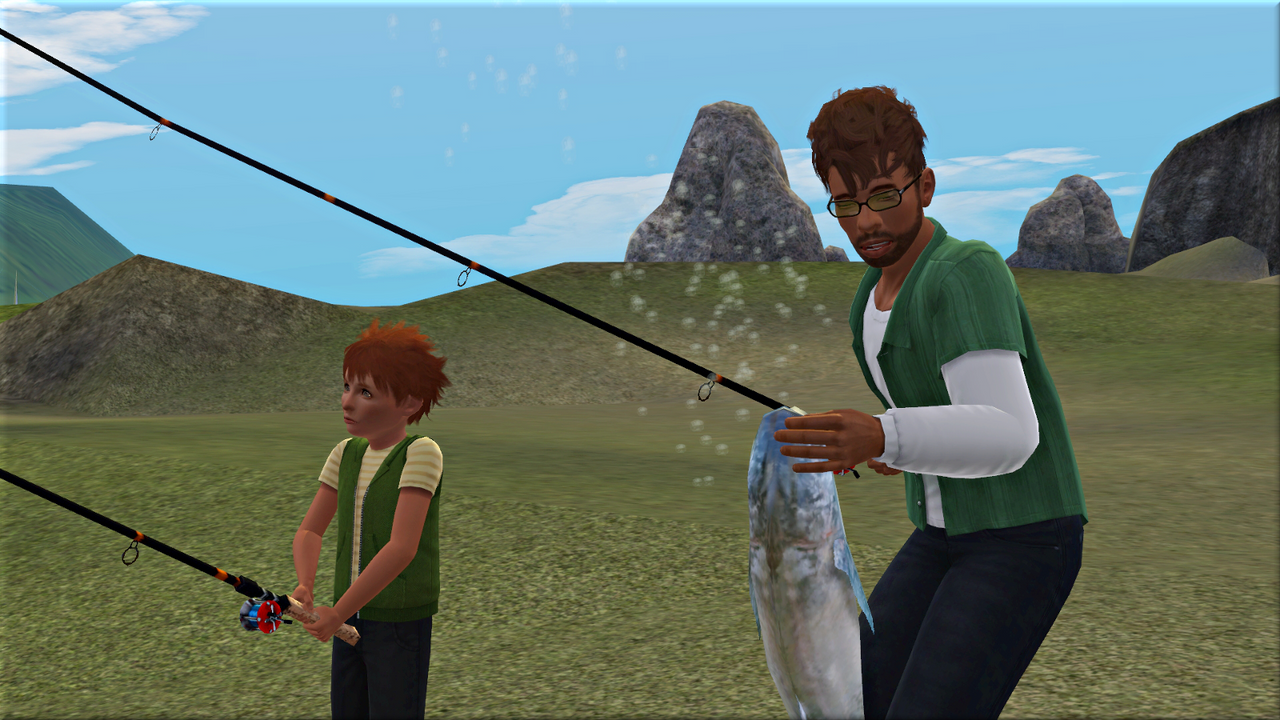 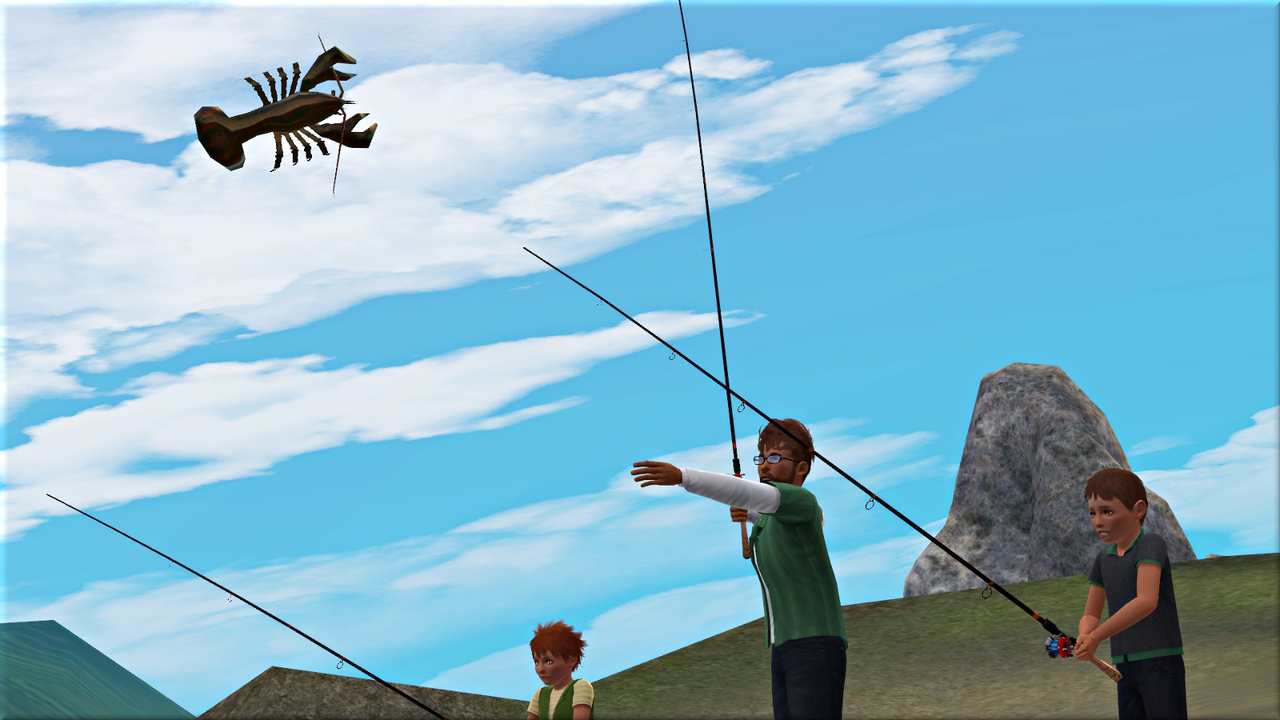 The boys have fun, Jo especially. He is quicker than his brother to catch his first fish, a 100g alley catfish. 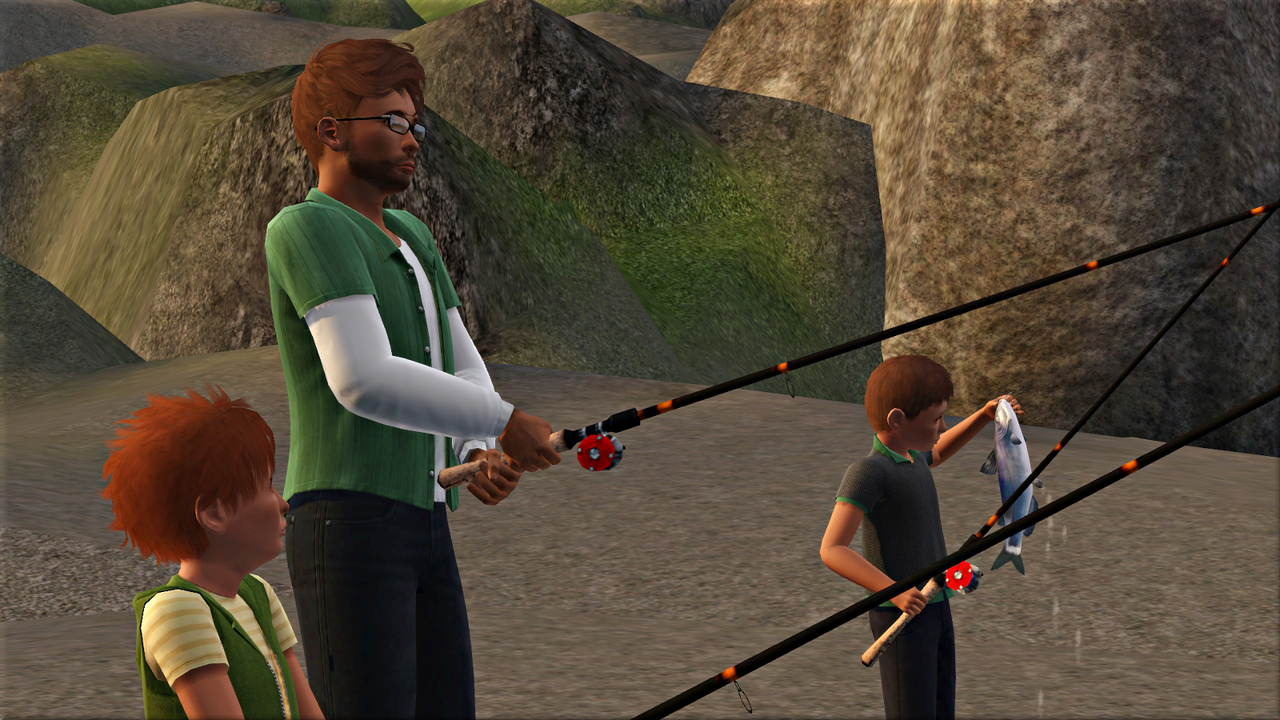 Ben catches several lobsters, none of them quite up to his standards. He intends to stay out until he’s reeled in the perfect one, but when he sees the boys are getting cold he decides it’s time to call it a day.

Disappointed by his efforts, he asks Rachel if she would mind waiting until tomorrow to cook the thermidor. 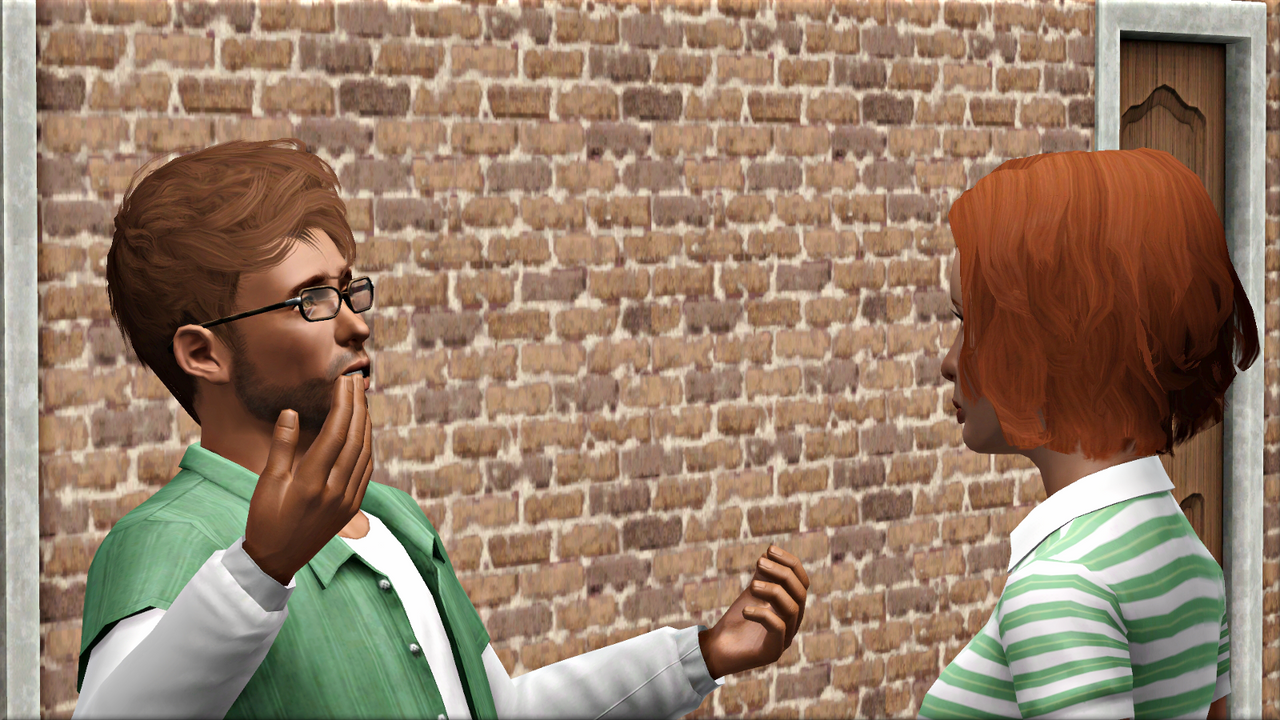 The following morning, Ben notices he’s put on a significant amount of weight overnight. What could it be? He hasn’t even eaten that lobster yet! 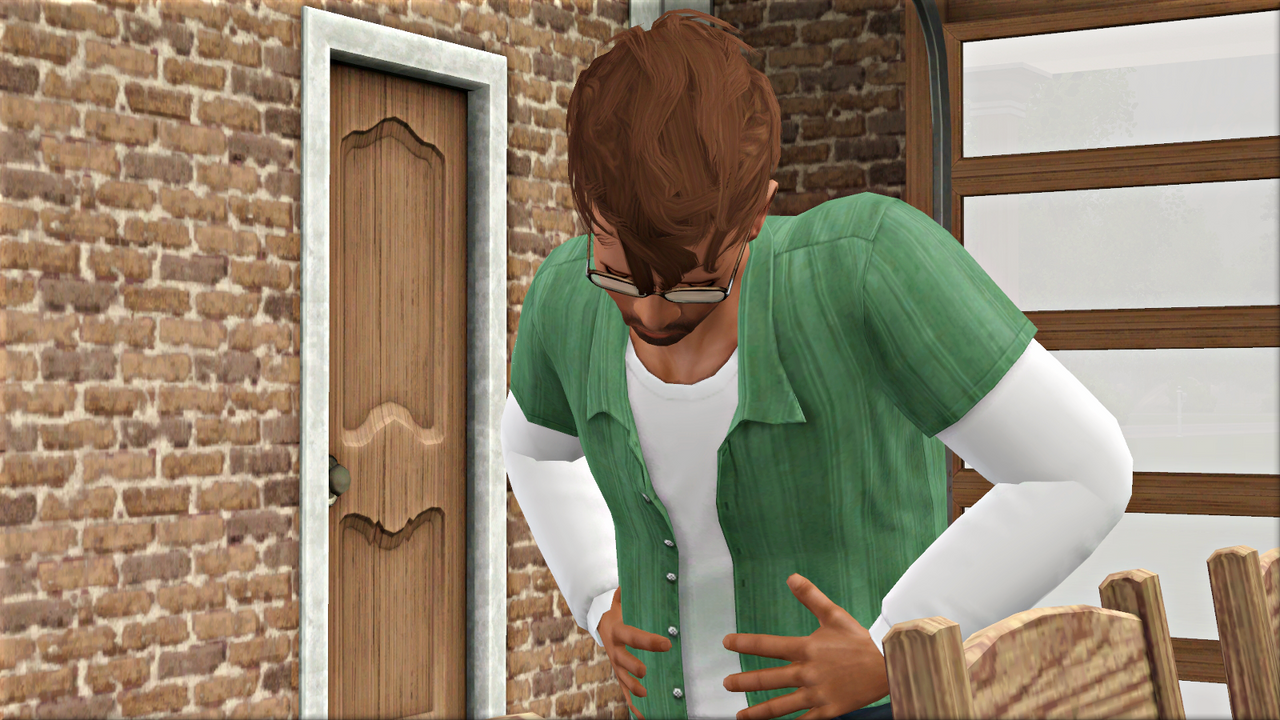 Hoping to distract himself, he decides to head out on another fishing trip. Jo asks to go with him again. 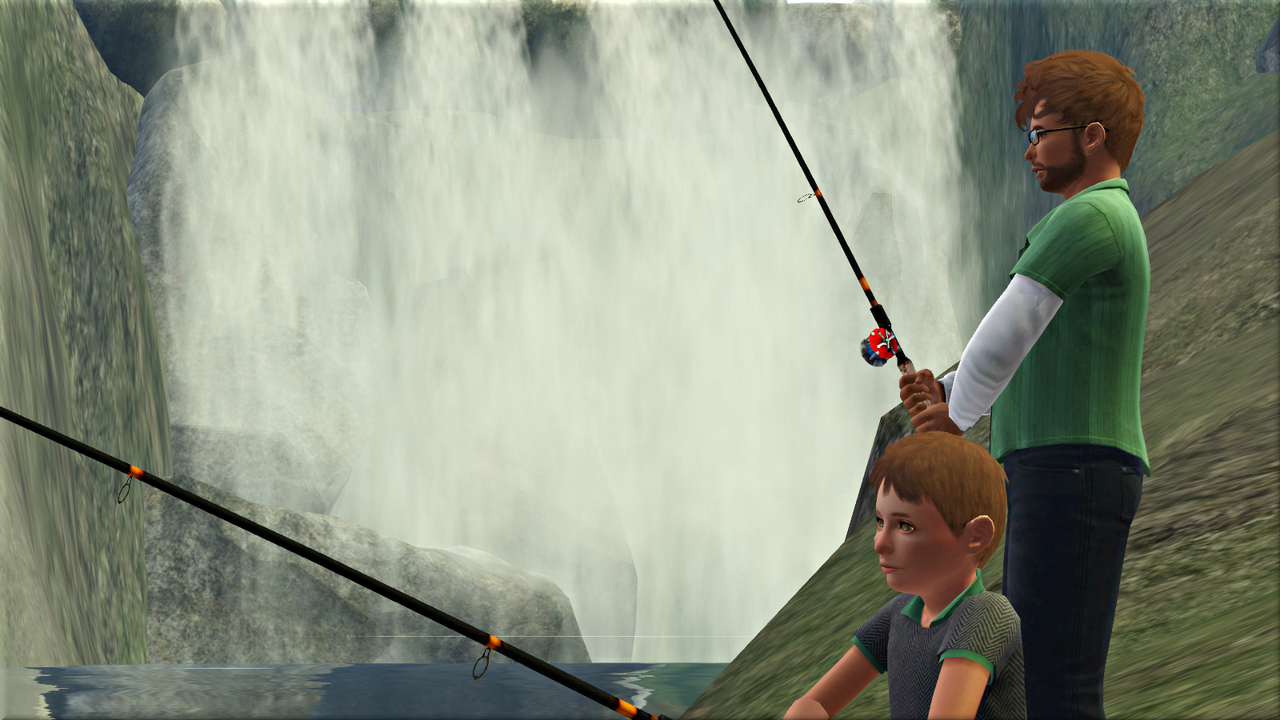 This time, Ronen prefers to stay home at his computer. He plays his games, chats online with Dorothy, and begins a new story about a clumsy robot. While he taps away, he listens to music on the radio. The soul station is his favourite. 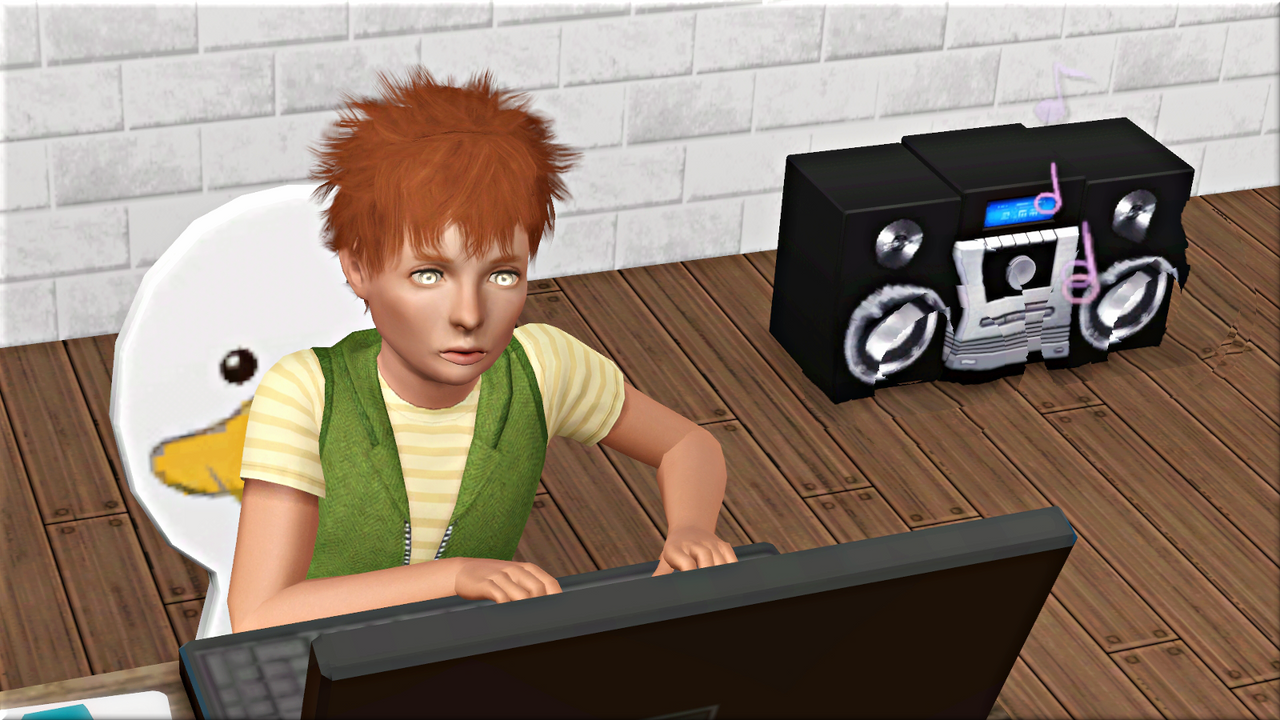 Apart from a brief shower, the weather stays fair all morning and most of the afternoon. Ben catches all kinds of fish, but not his perfect lobster. Eventually, a rain storm sends Jo and him hurrying home.

Once Ira is in his crib for the night, the family plays a game of dominoes together. 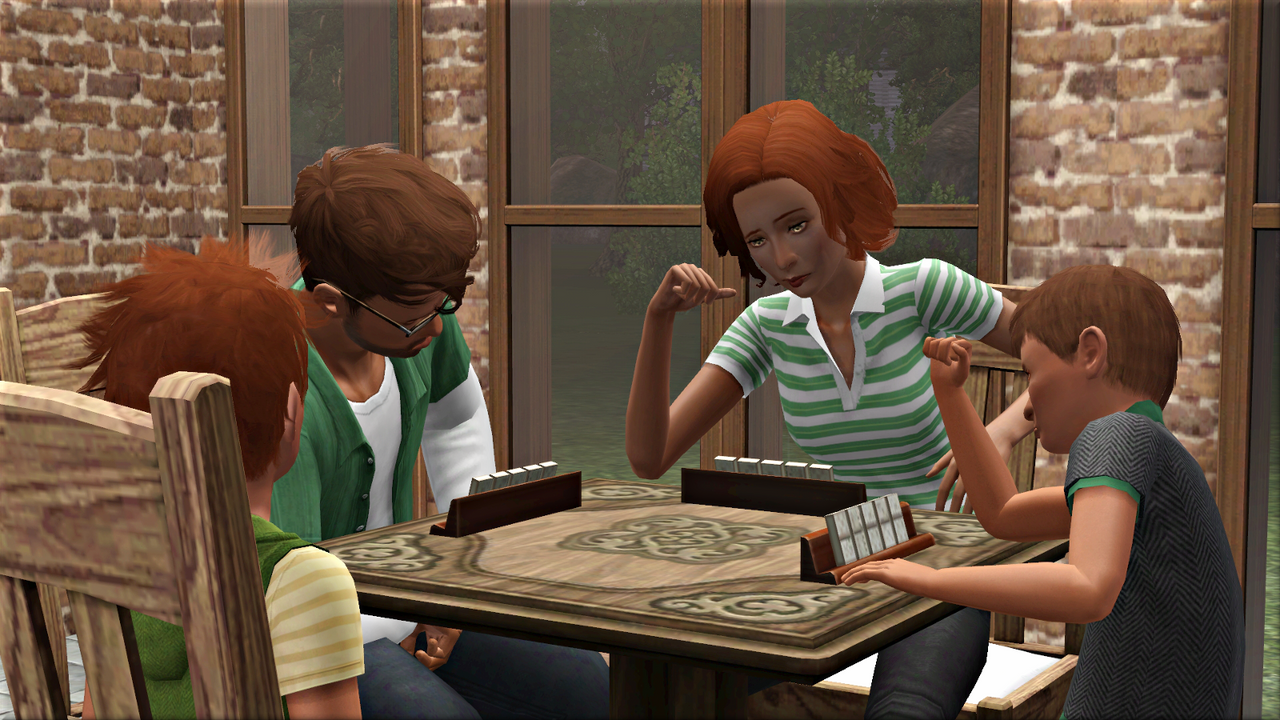 Ben shares his worries about his weight gain with Rachel. What if it’s something serious? 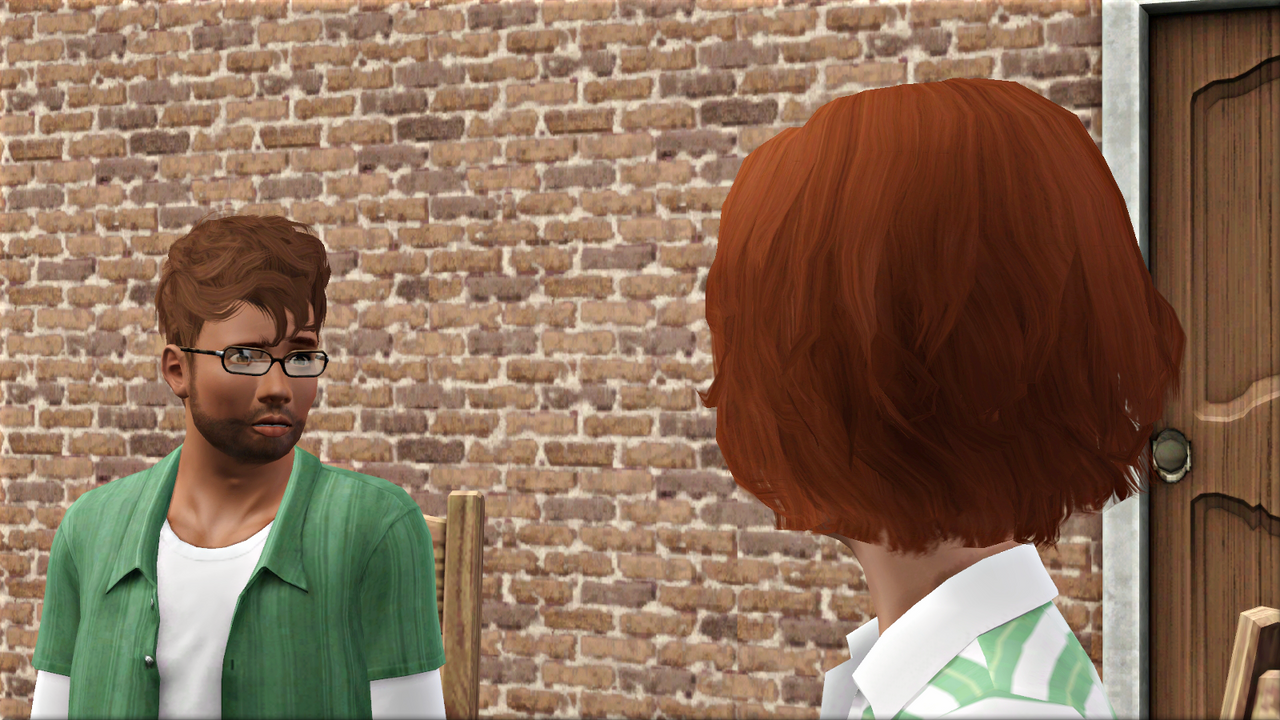 Rachel promises that whatever it is, they’ll get through it together. She suggests they make a trip to one of the neighbouring towns to visit a hospital.

Ben agrees that they might have to. But first he wants to run some tests himself. He’ll be back at work tomorrow, and this may be something he can figure out there.

The next day, Ben has barely begun to set up his experiments when he feels the sudden urge to run home. 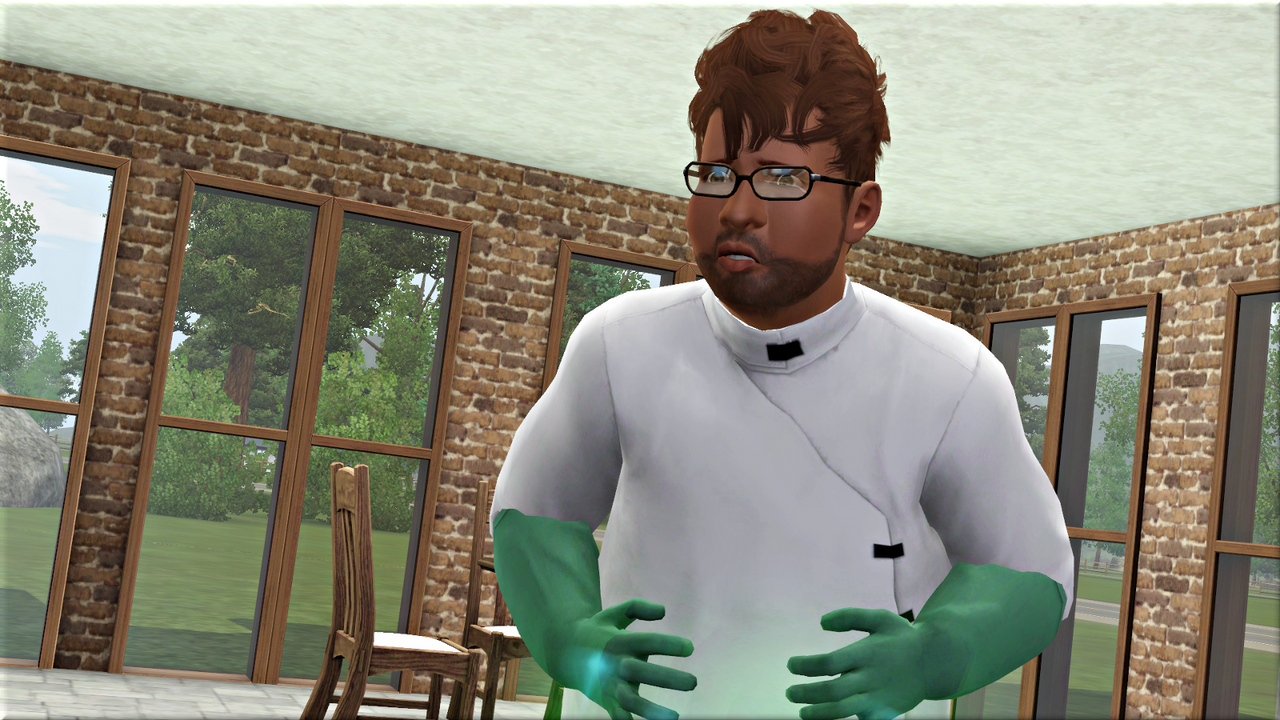 In a flurry of green sparkles, an alien baby phases out of Ben’s body and into the world. 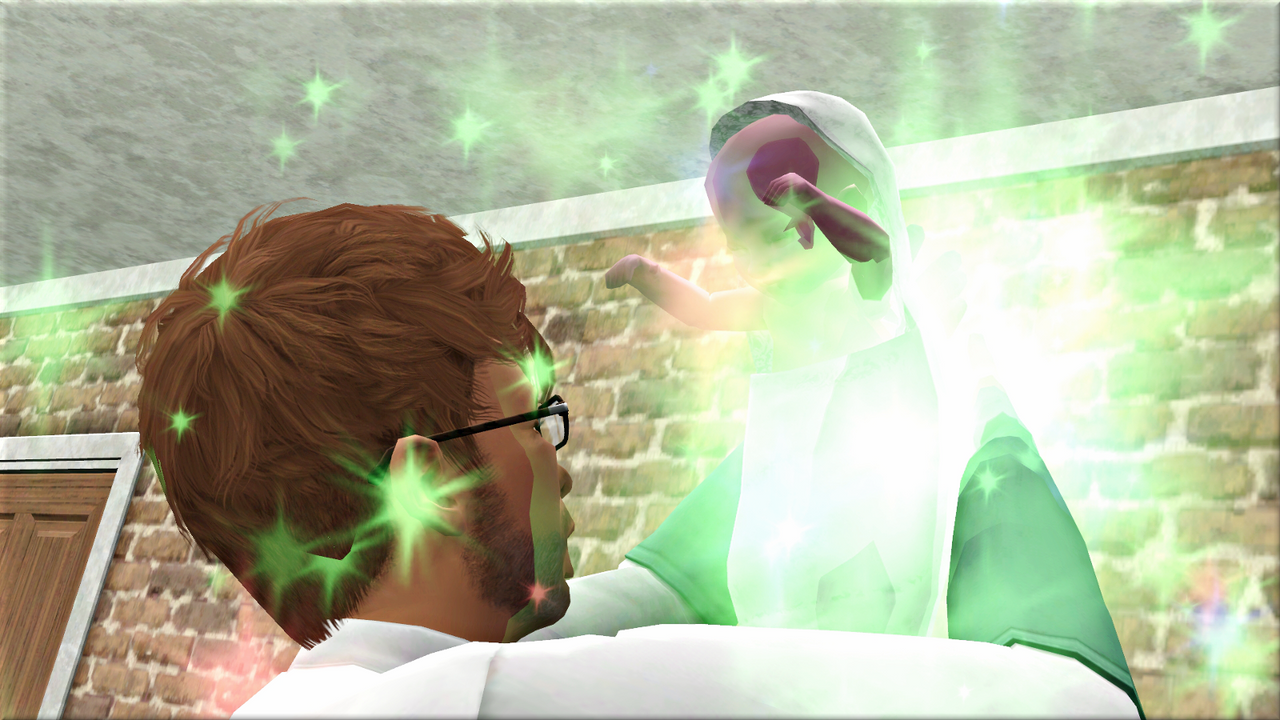 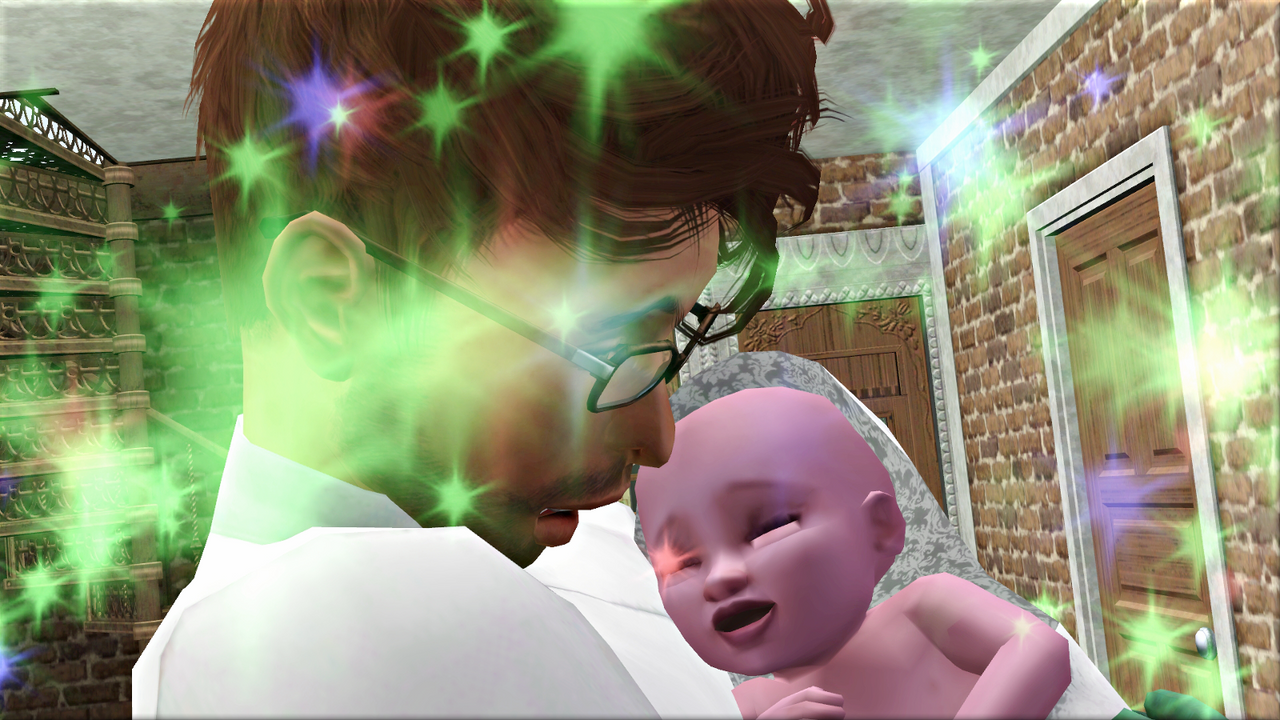 And yes, it’s another boy.