It snowed all night, settling thickly enough for Mei and Zhen to play in. They had a snowball fight with their friend Guan-Yin. 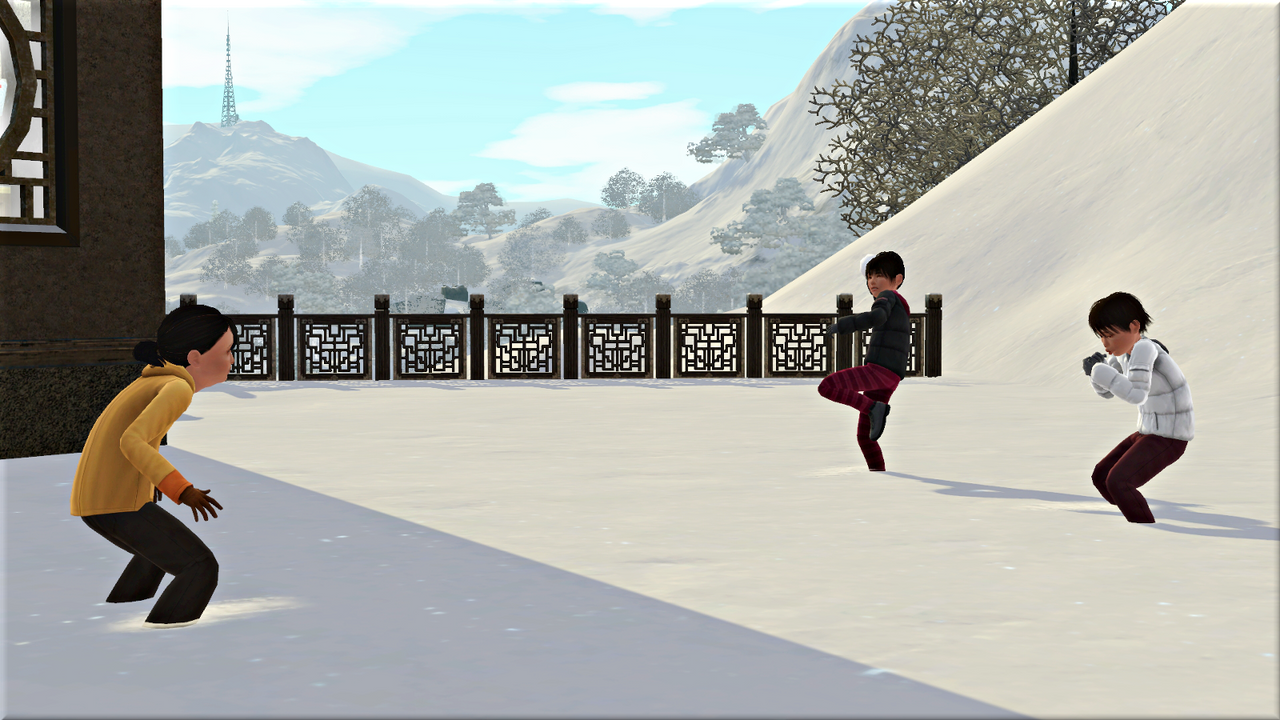 Zhen called over another friend, a boy called Shui, and the four of them built some snowmen together. 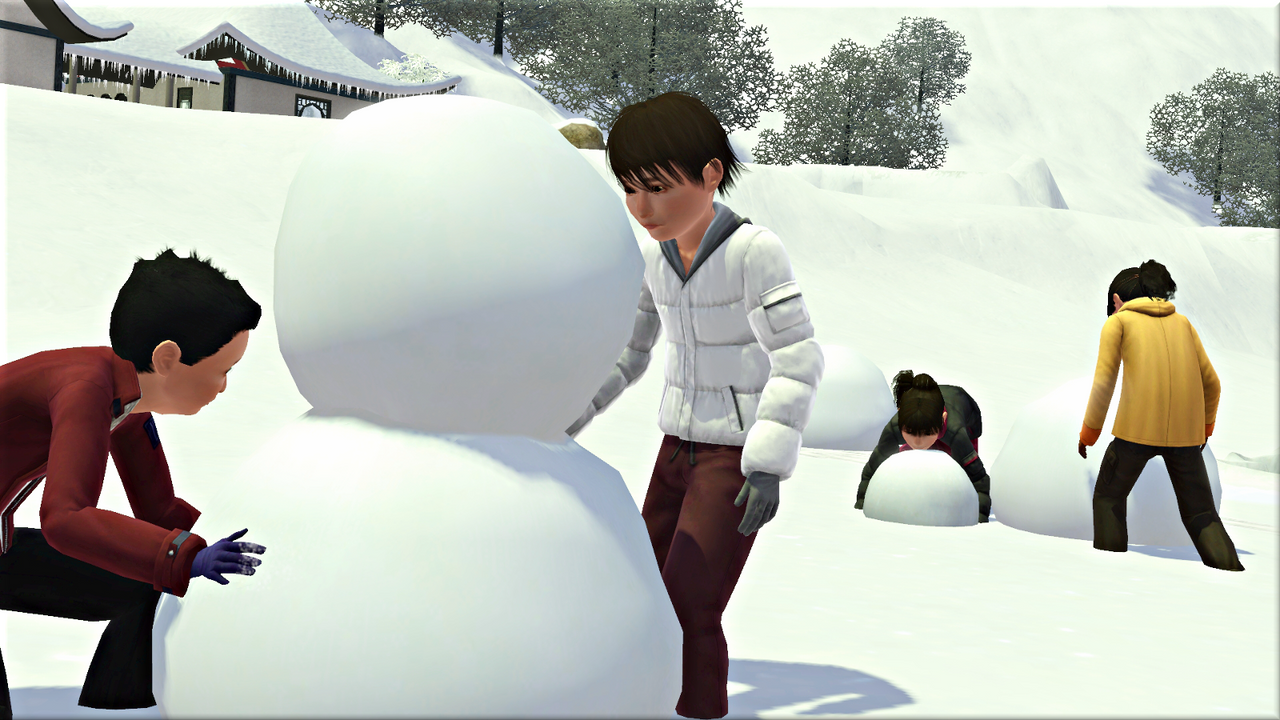 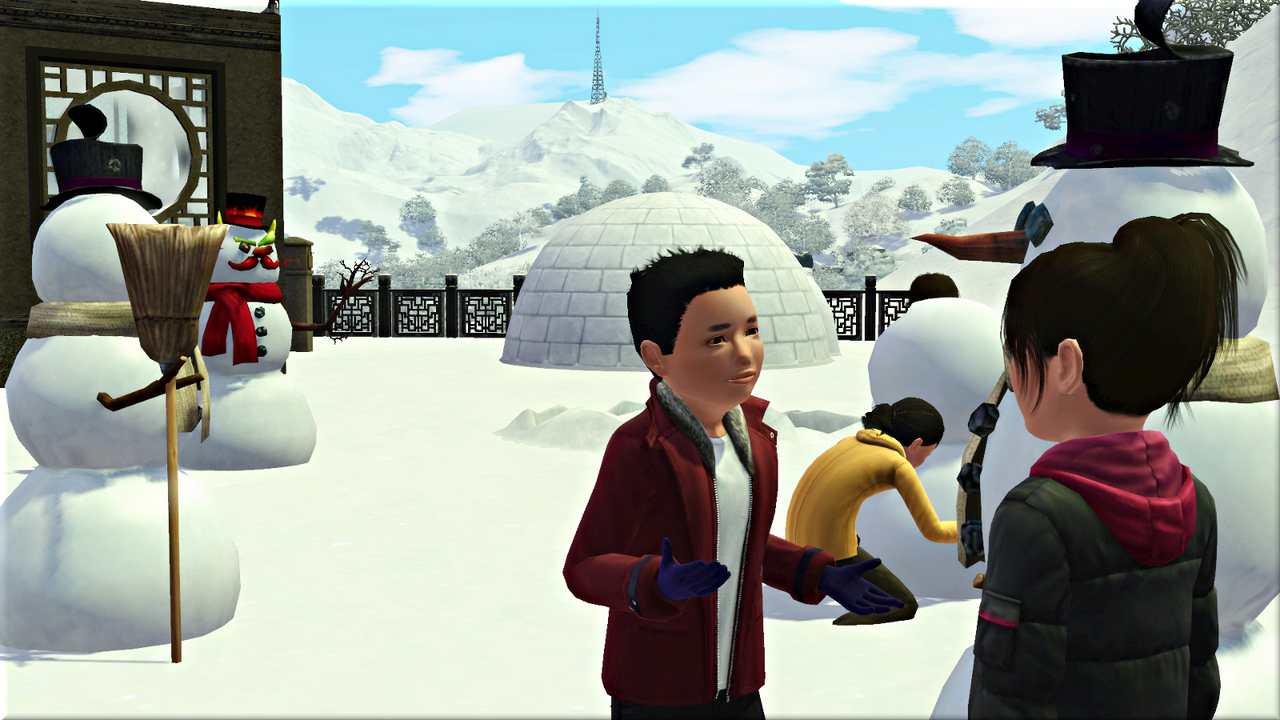 The snow didn’t last long. Soon Mei was back to fishing in just a shirt and jacket. She managed to to get hold of some excellent quality lettuce and plums from the harvest stand, to help her catch better quality goldfish (the bait for black goldfish) and tancho koi (the bait for dragon fish).

From level eight onwards, she was able to catch angelfish. These are the bait for the second-most valuable and perhaps most iconic fish, the deathfish, so it’s good to be able to get some high quality ones.

Angelfish are most easily baited by alley catfish, which I don’t believe spawn in Shang Simla. Luckily, Jia had an outstanding one in her inventory from one of her dreams about fish, which Mei was able to use to catch some very nice to excellent quality angelfish. 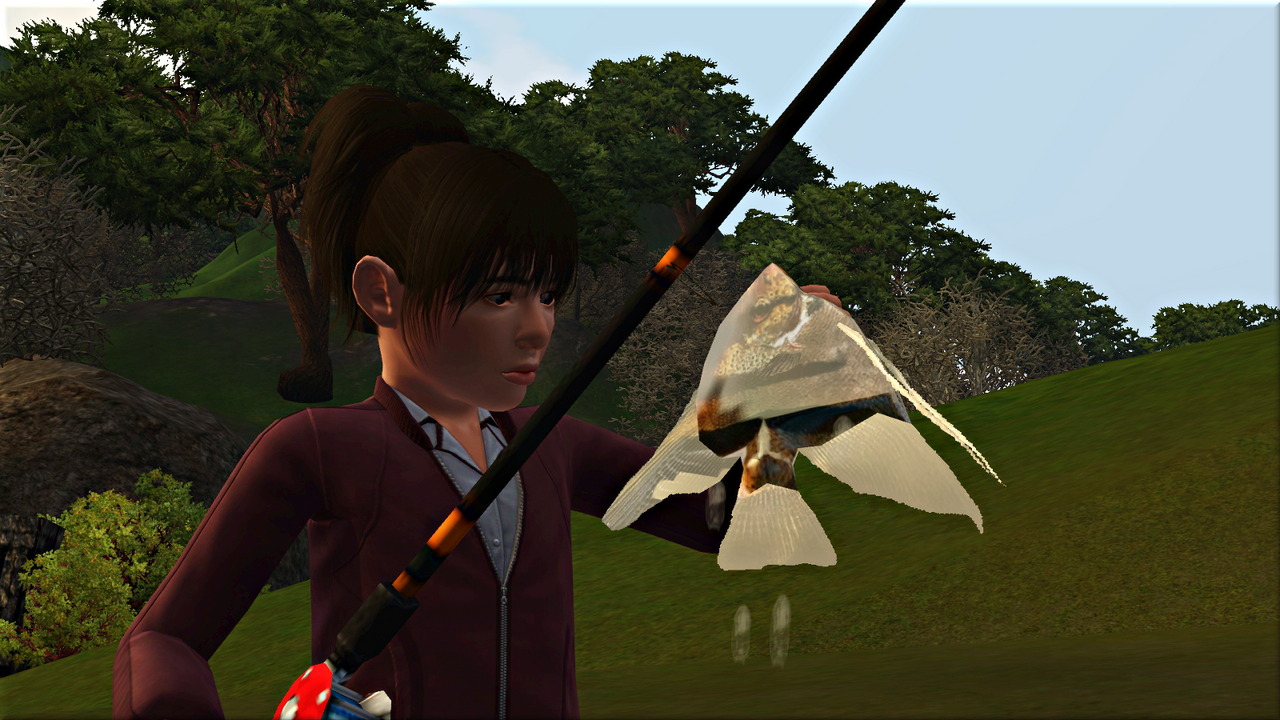 It’s nice to see some interaction between the different generations’ skills. Hoping for some more alley catfish or other prey fish, I stopped randomizing Jia and Gang’s dreams for a while, in favour of ‘dream about sleeping with the fishes’. I even used the influence options to increase the chances of the dreams going well. 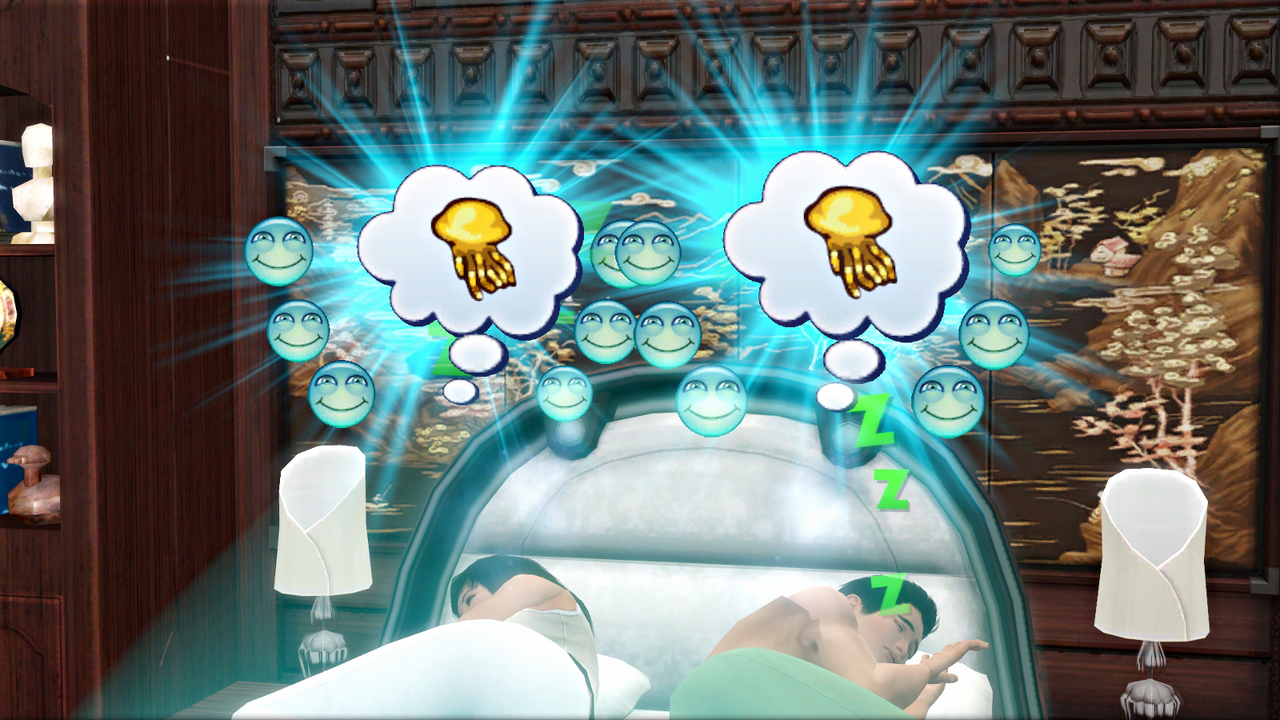 If I had really felt like abusing this feature, I could have kept waking them up to get more and more fish, but I didn’t do that.

I didn’t miss the randomized dream effects; the whole thing hadn’t been as fun as I expected anyway. Jia’s collecting’s been getting a little dull too, with her just cycling through the same spawn points every few days. After the next part I think it will be time to kick everyone but Mei out and move on to Twinbrook.

I’m glad I gave Gang his own thing to do. I’ve actually been enjoying the ghost hunting quite a bit. He’s at level five now, and can scan haunted homes for ghostly presences. 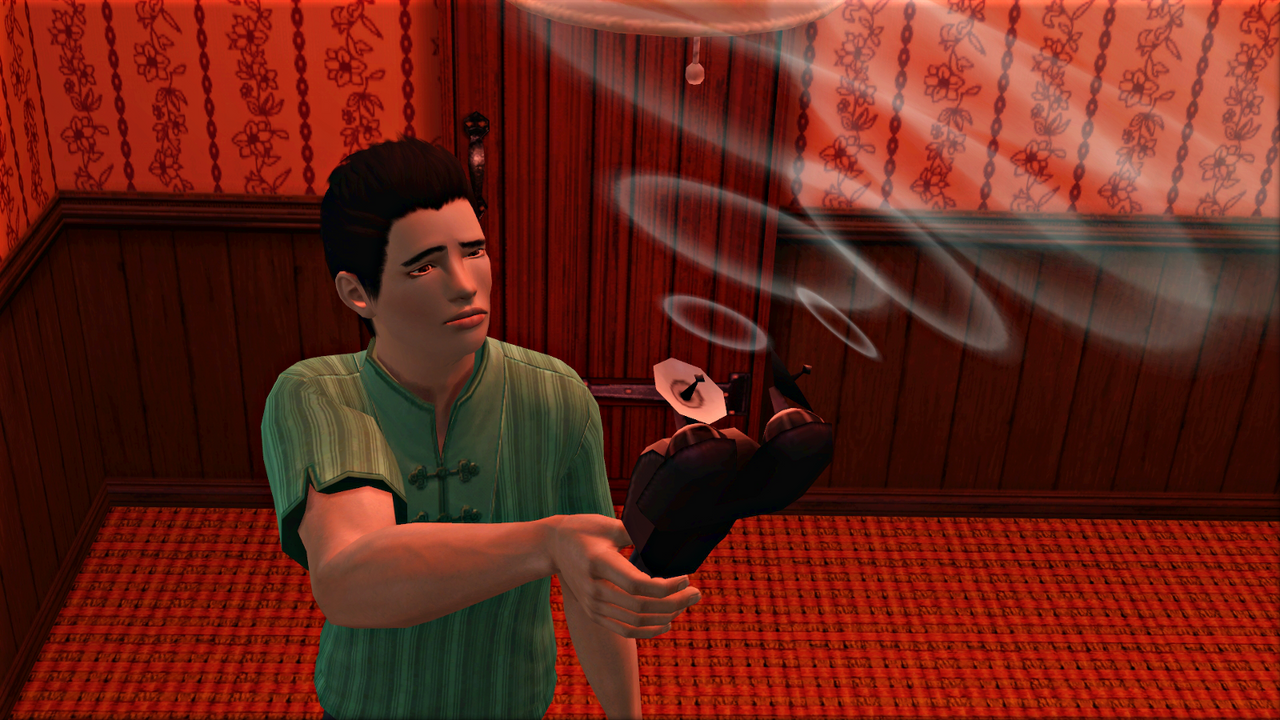 When he finds the ghosts, he can try to convince them to leave, but that rarely works because he has no charisma. 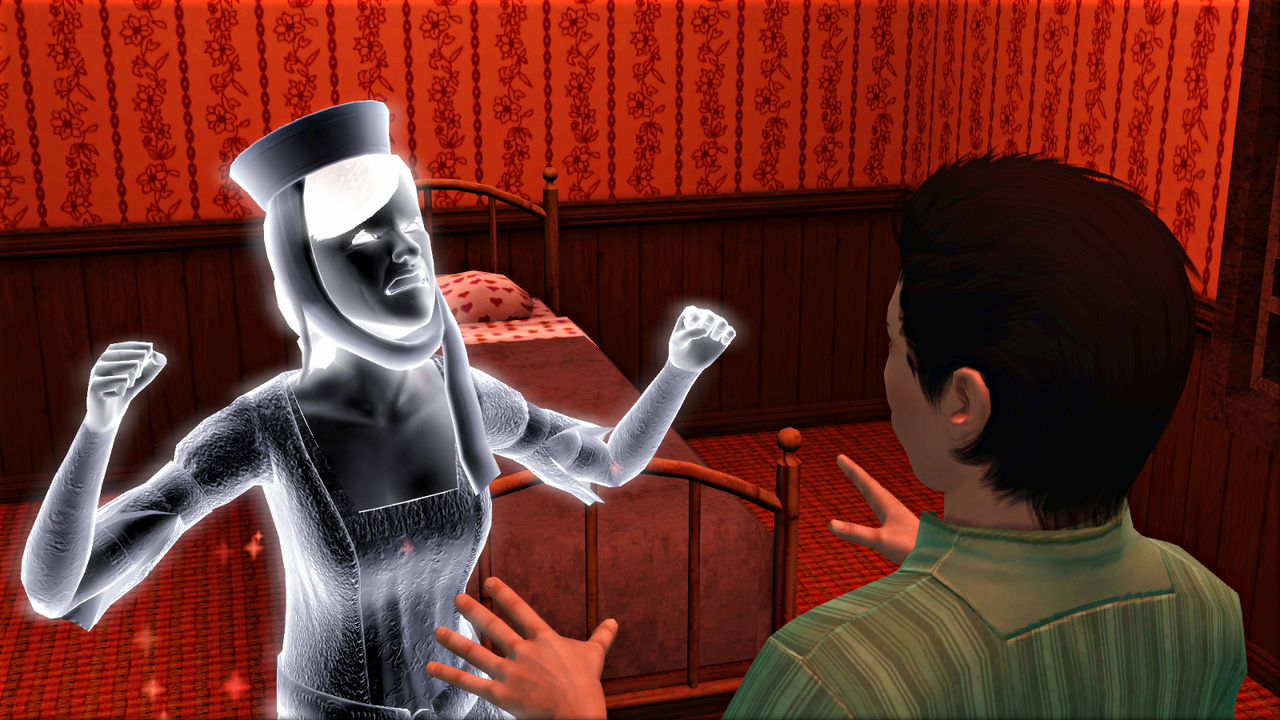 He usually has to resort to sucking them up into his Banshee Banisher instead. 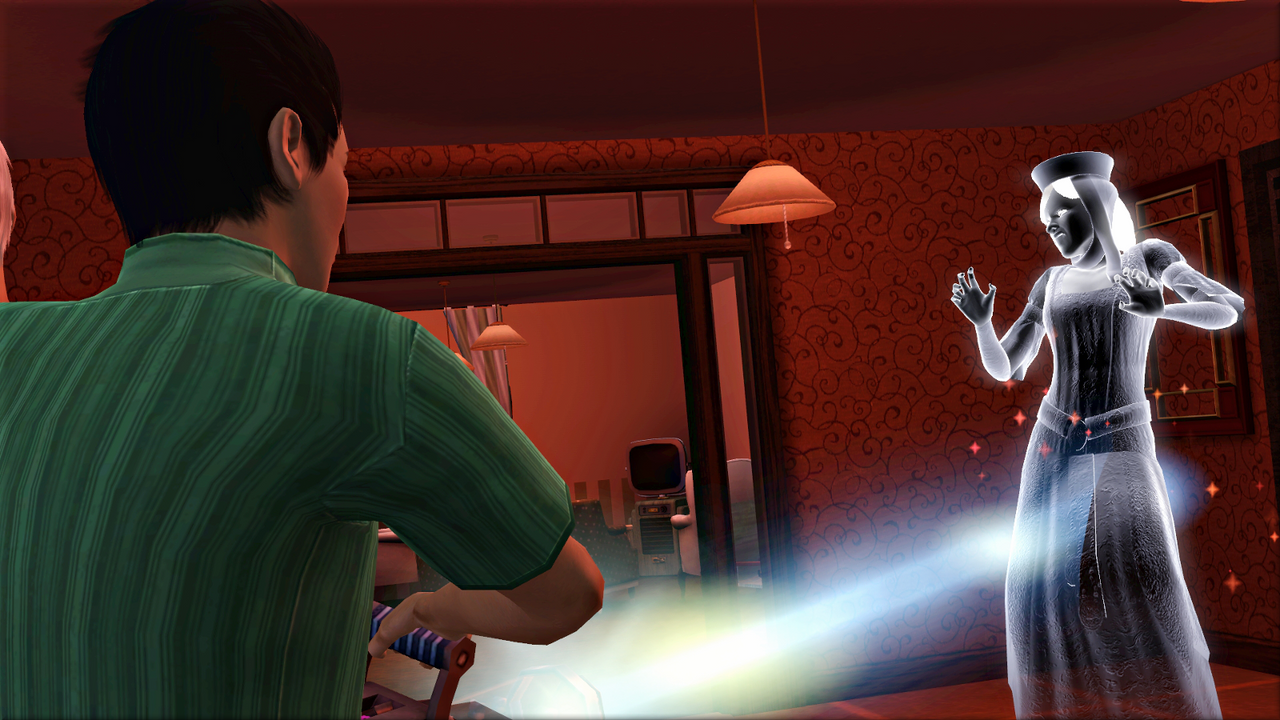 Jia and Mei just continued with their collecting and fishing until their birthdays rolled around, both on the same day. 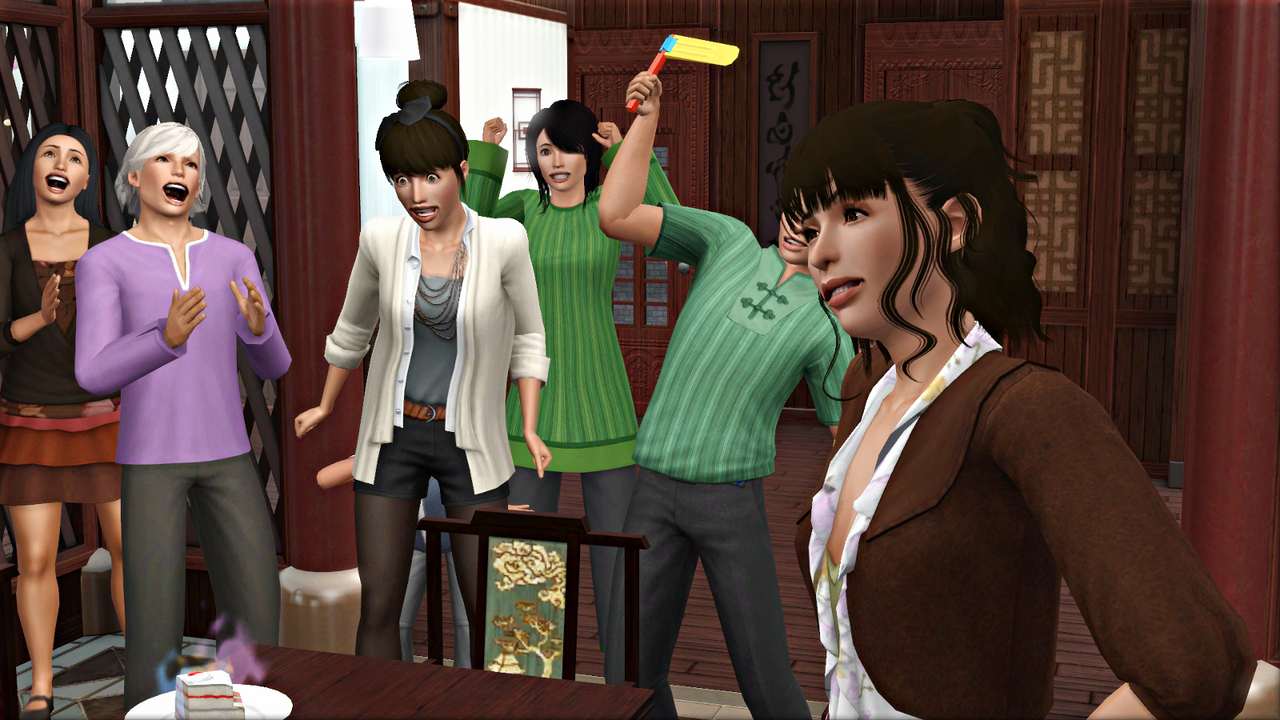 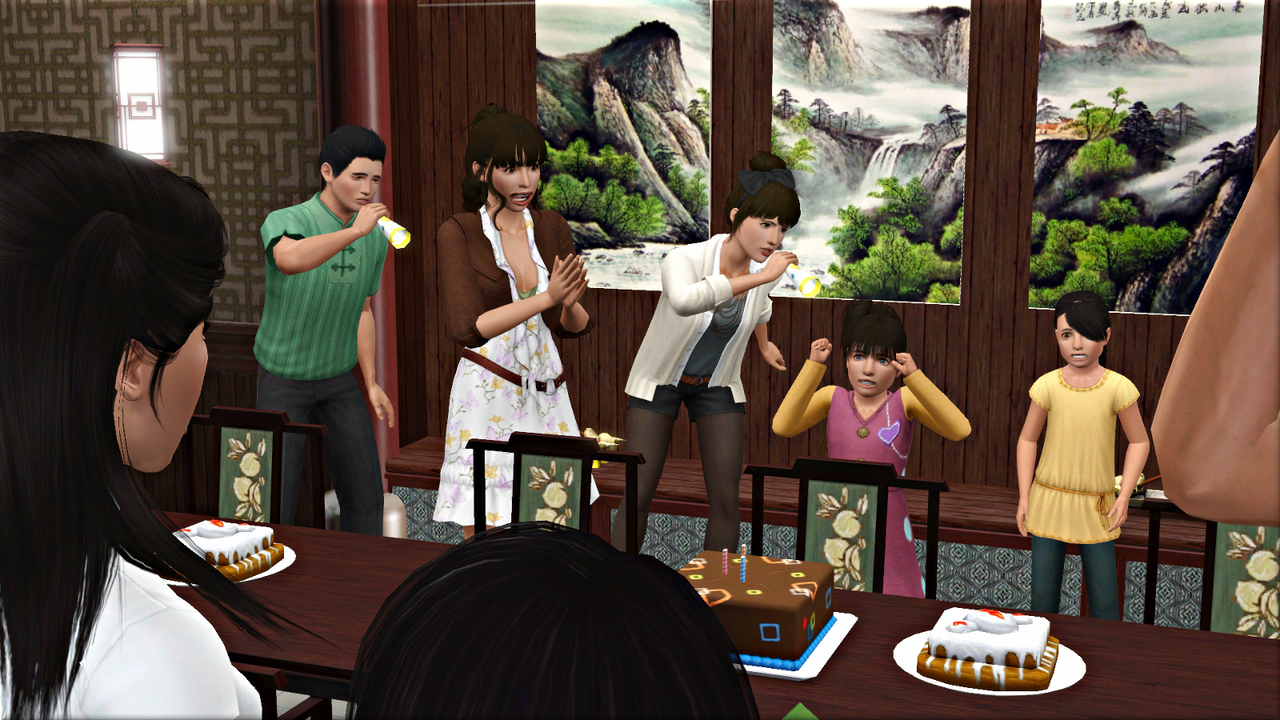 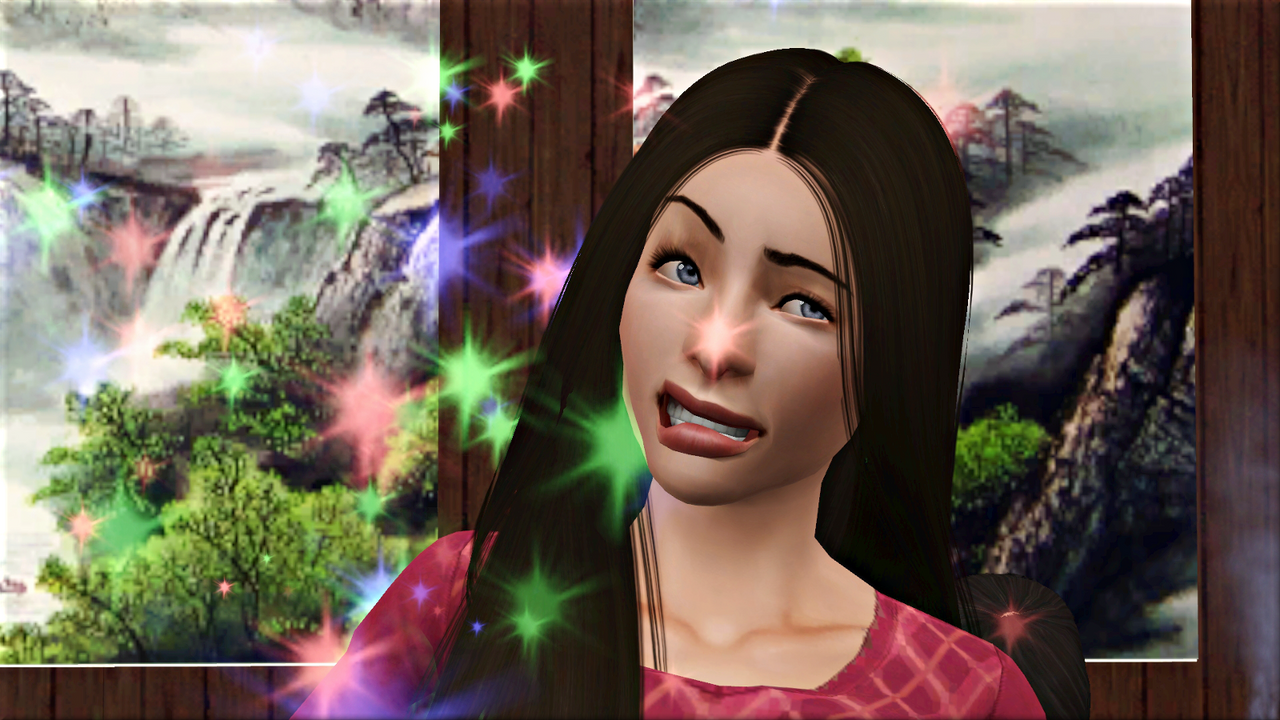 To add to insane, angler, and loves the outdoors, I gave Mei the ‘socially awkward’ trait. It’s not one I use very often, but I thought I’d give it a go since it’s the one meant for scientists. The trade-off for a 15% boost to the science skill learning rate is the tendency for social interactions to misfire, though Mei seemed perfectly comfortable chatting with her Aunt Dara. 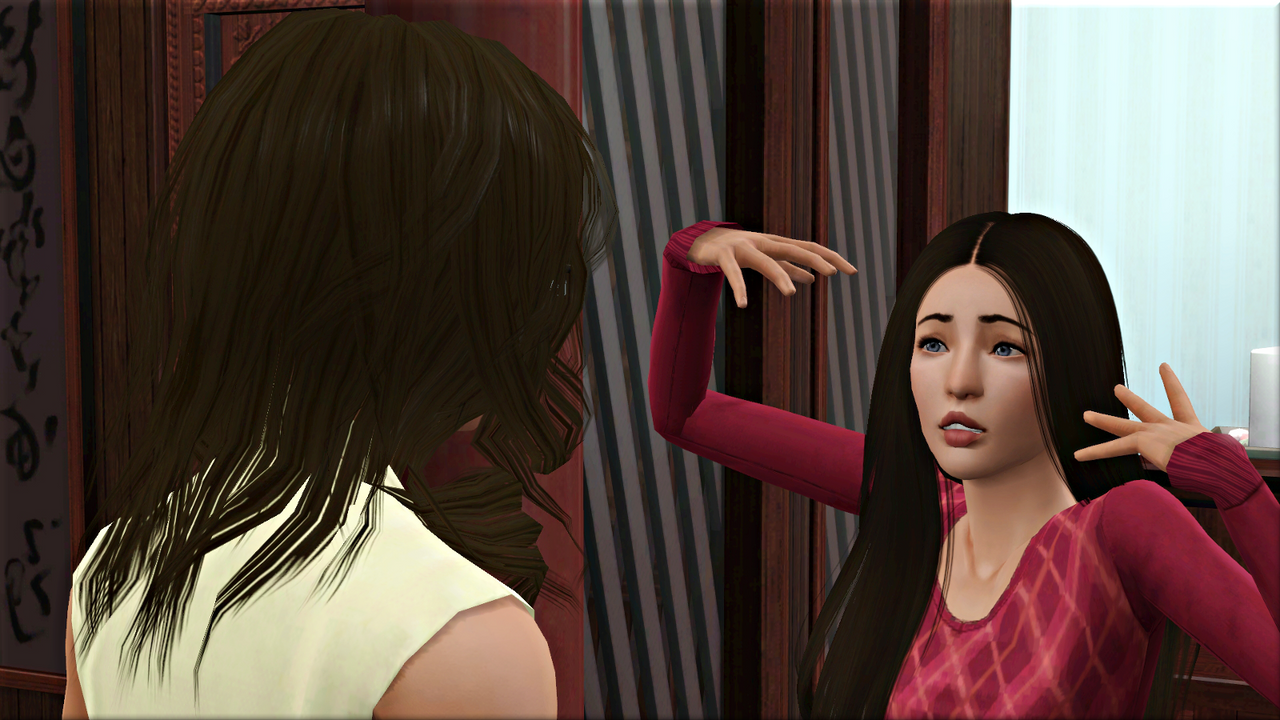 By the time the party was over, it was a little late to go out fishing, so I had Mei make a start with the Science Research Station, using the only option currently available, ‘research science’. 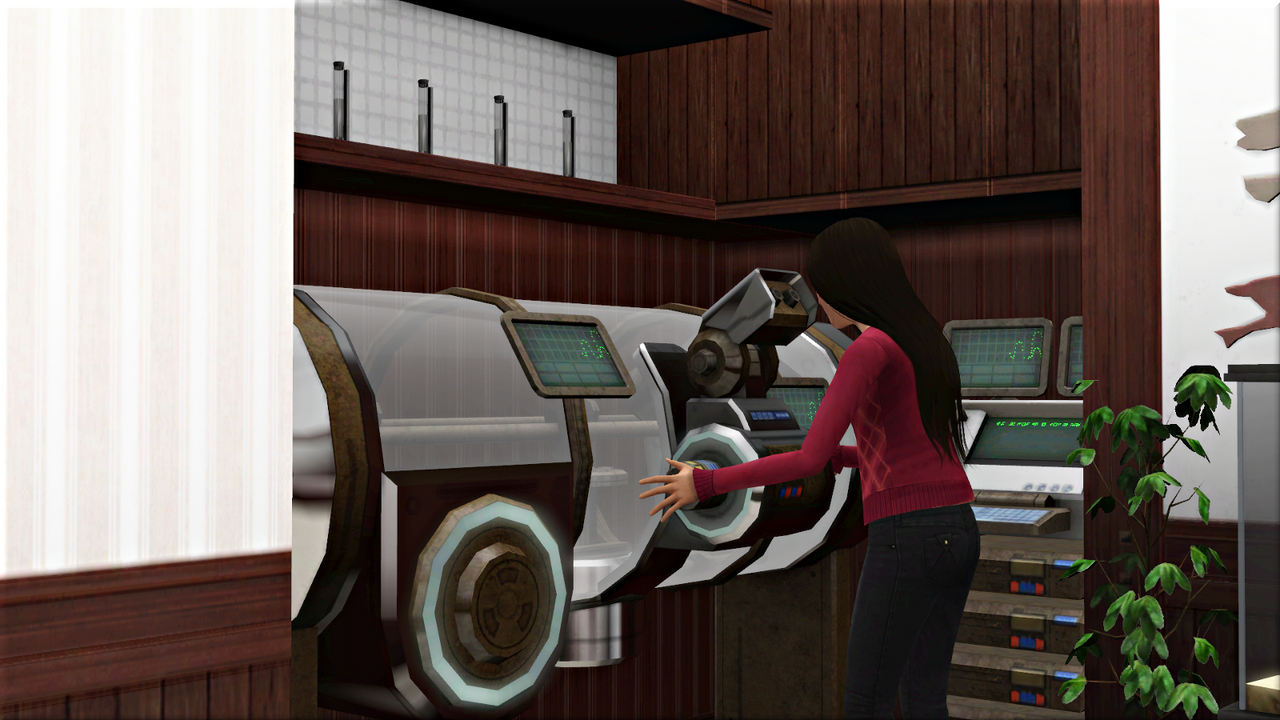 At level one, horticulture (fruit & veg), herb, radiation (bugs), and gene splicing (seeds) experiments were unlocked. Mei performed a horticulture experiment on one of her plums, while her dad popped out to buy some herbs from the market stand. We’ll need to wait for spring for the bugs. I won’t be doing any gene splicing experiments as there’s no gardening allowed this generation.

Mei was able to increase the quality of the plum from excellent to outstanding. 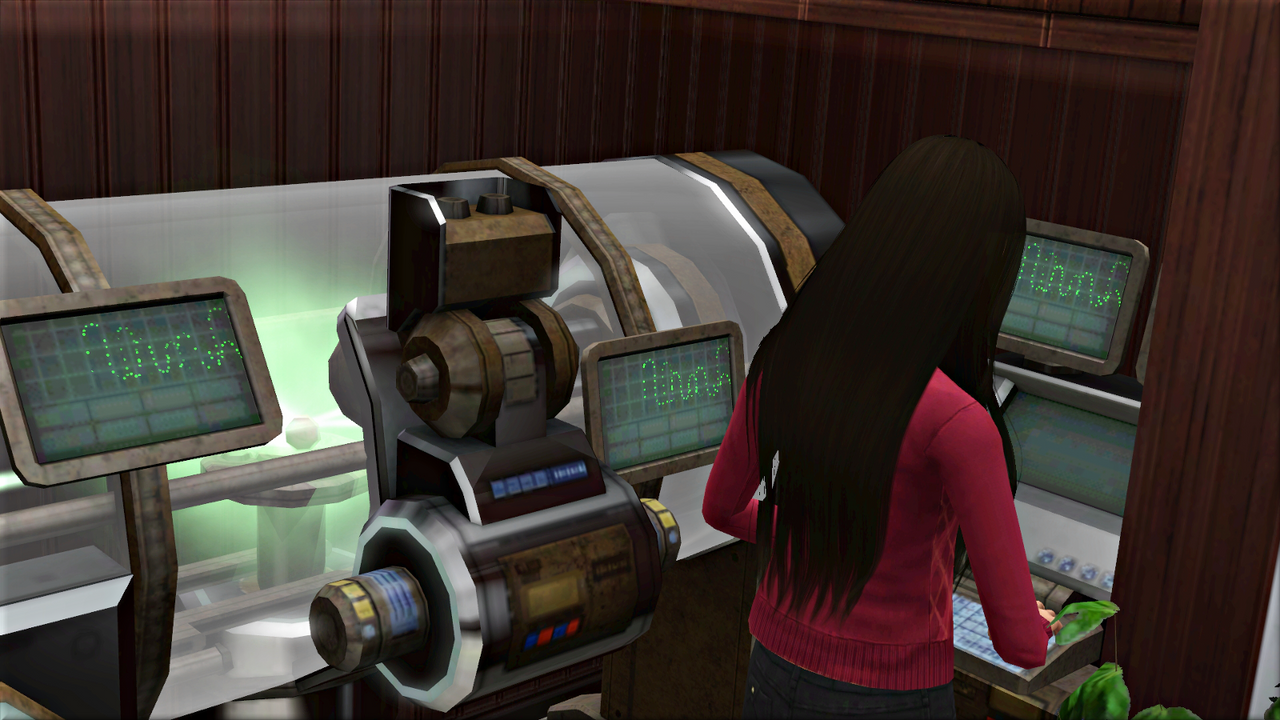 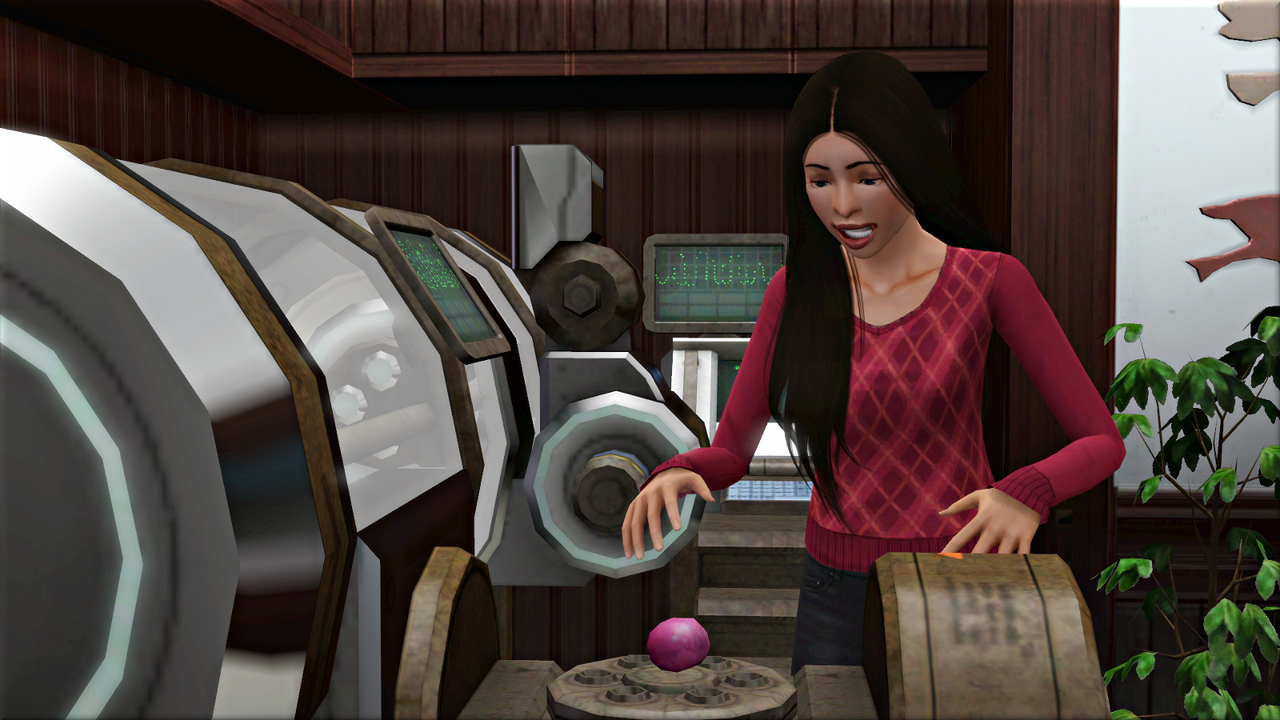 Her second attempt, with some cherimola grapes, was less successful, ending in the total destruction of the grapes. 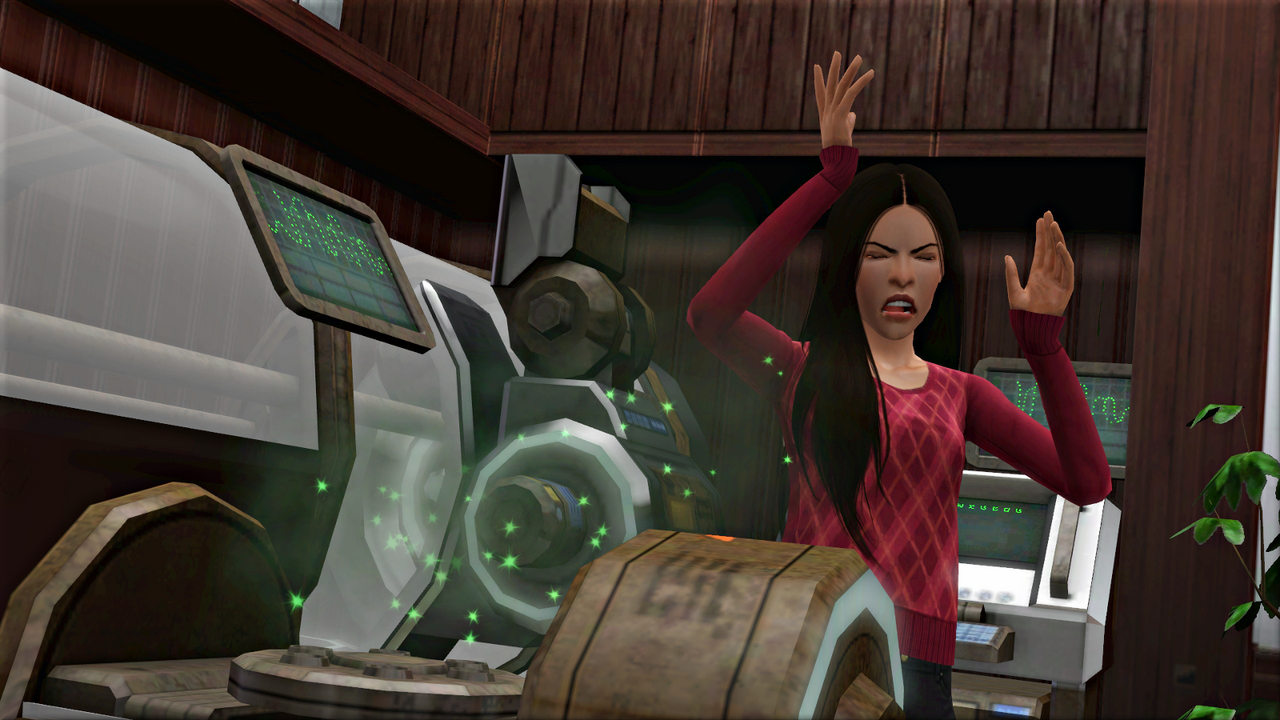 The same thing happened with the chamomile that Gang brought back. 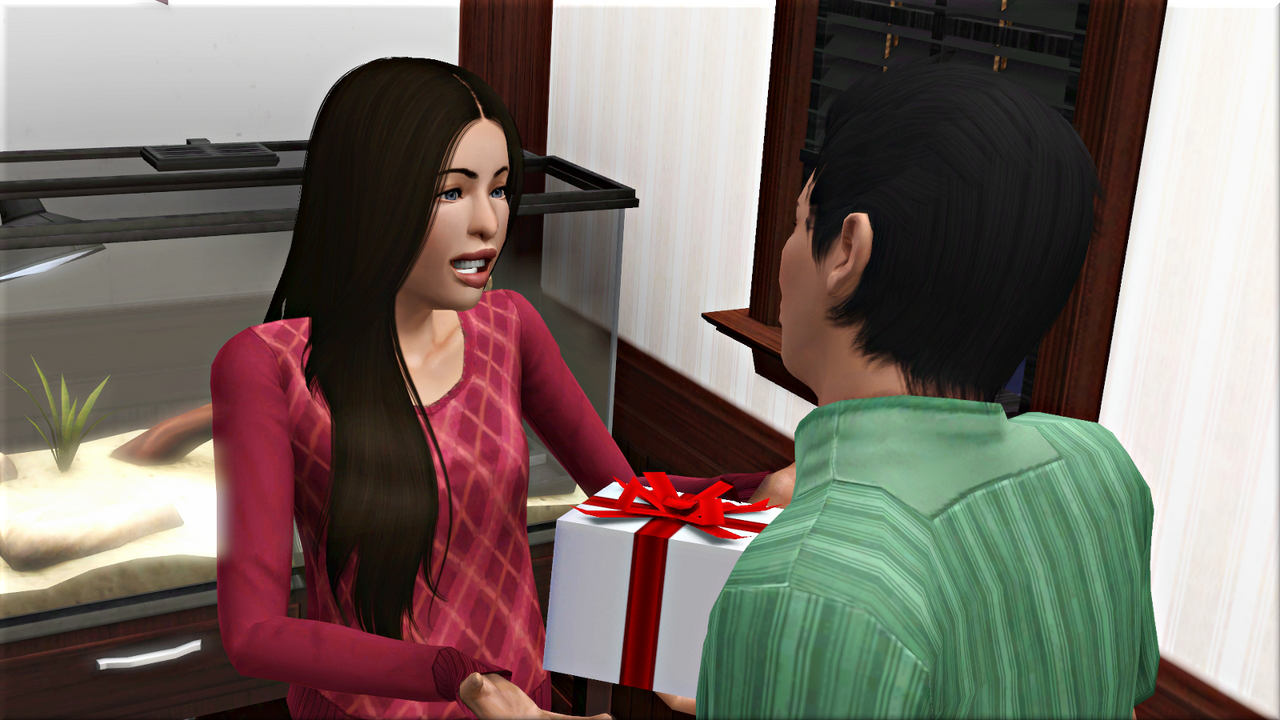 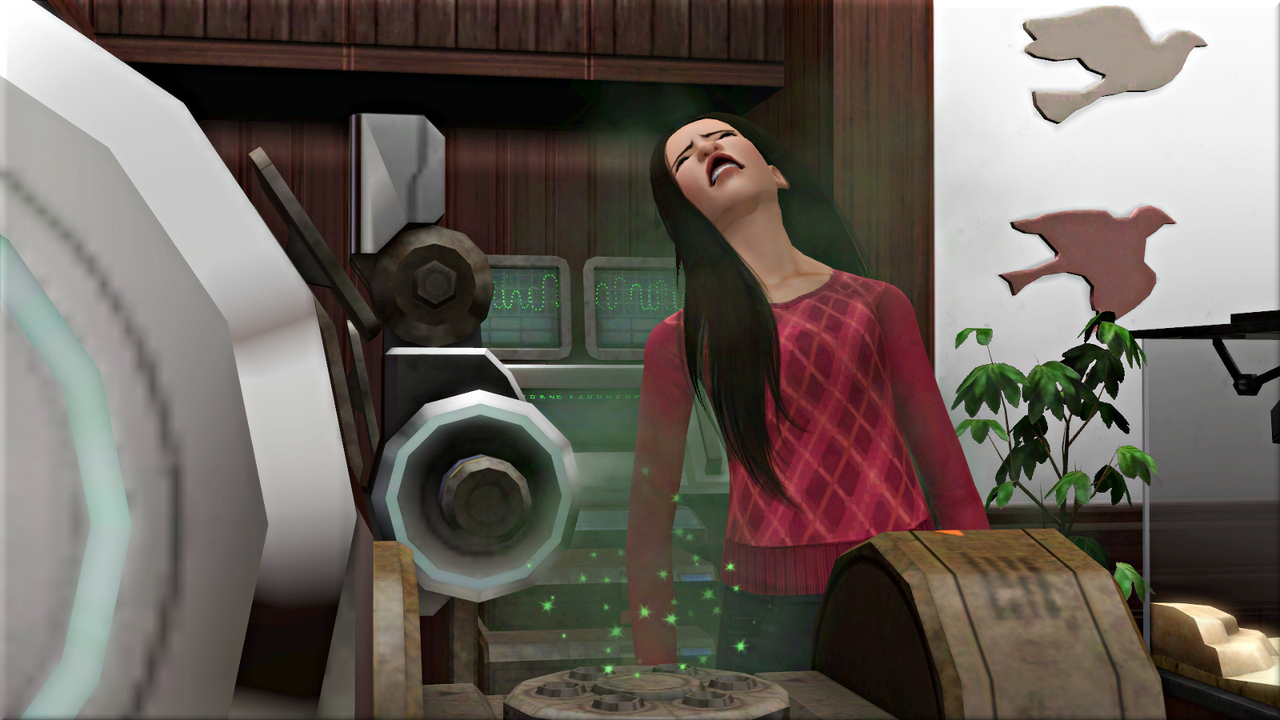 At level two, Mei learned to ‘research sample’, which doesn’t seem to do anything, other than perhaps raising the science skill slightly faster than ‘research science’. It doesn’t even count towards the one hundred experiments you need to complete to receive the International Science Achievement Award Plaque. 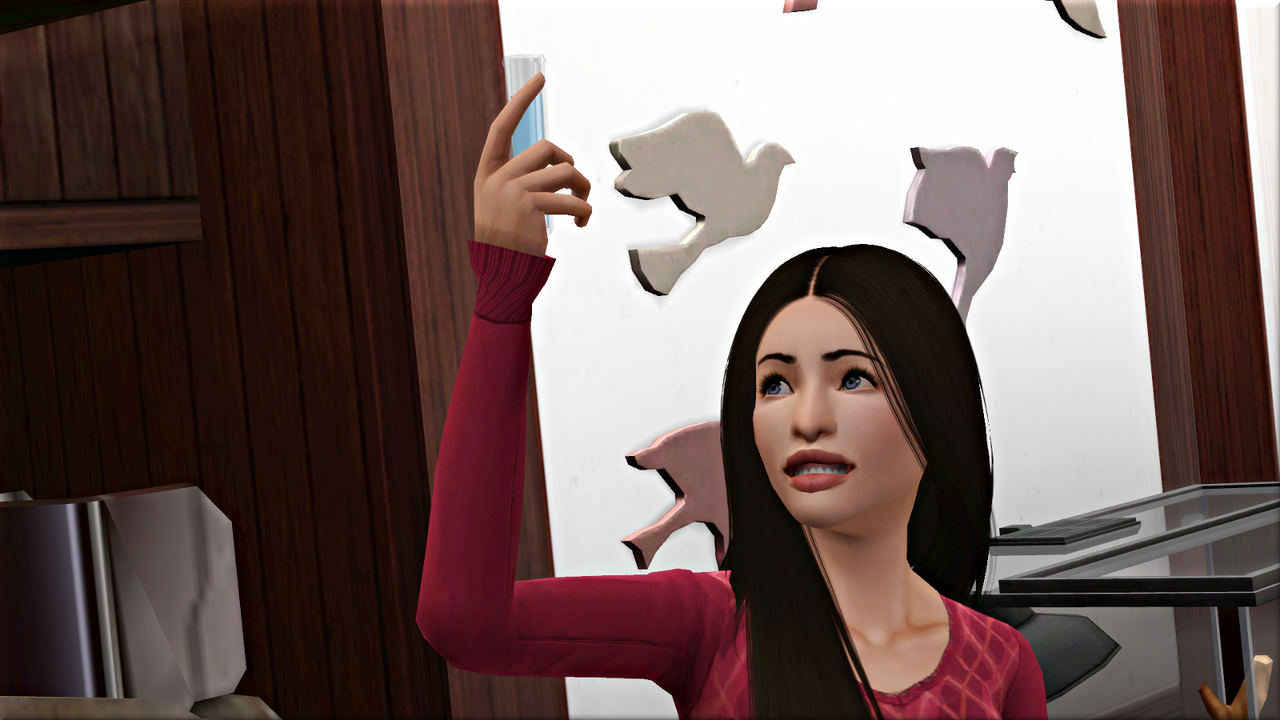 As to the samples themselves, after using up the few you are automatically given on reaching level two, you have to wait until level three to collect samples as a byproduct of the ‘analyze minerals’ options, then level four for plants, six for bugs, seven for fish, and eight for sim DNA. ‘Analyze fish’ raises your scientist’s fishing skill and ‘analyze plants’ allows them to identify seeds, which is pretty cool; but taking the resulting samples over the Science Research Station to ‘research sample’ adds nothing. I wonder if the collecting and analysis of the samples were at once point two separate processes, and if the effectively useless ‘research sample’ option is an overlooked remnant of that earlier design.

In any event, what you’ll probably be using the samples most for is cloning valuable or useful collectibles, an ability unlocked at level eight. Until then, I’d forgo ‘research sample’ and stick to the much more interesting and potentially profitable horticulture/herb/radiation/gene experiments. Of course, I’d love to hear your thoughts in the comments if you disagree, or like to do things differently.