Ben and Rachel want Dorothy to feel welcome in their home. They buy her two nectar presses for the cellar, and tell her to spend as much as she likes redecorating the second bedroom. 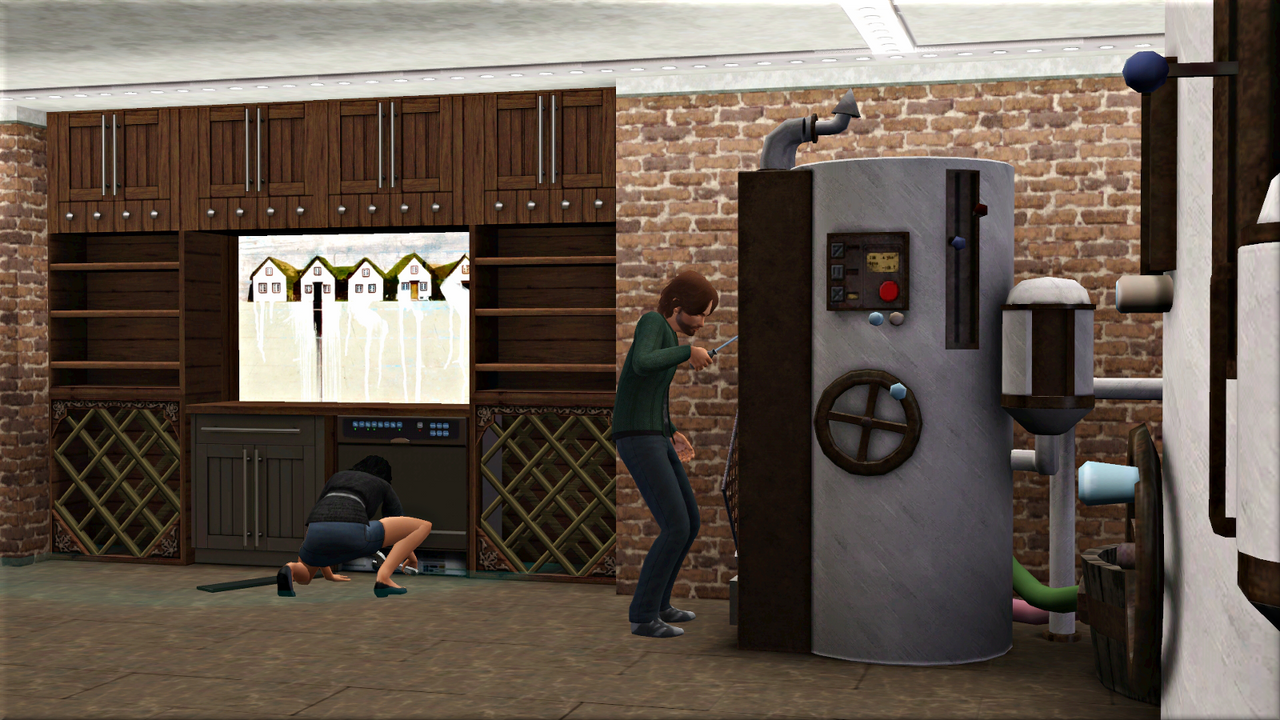 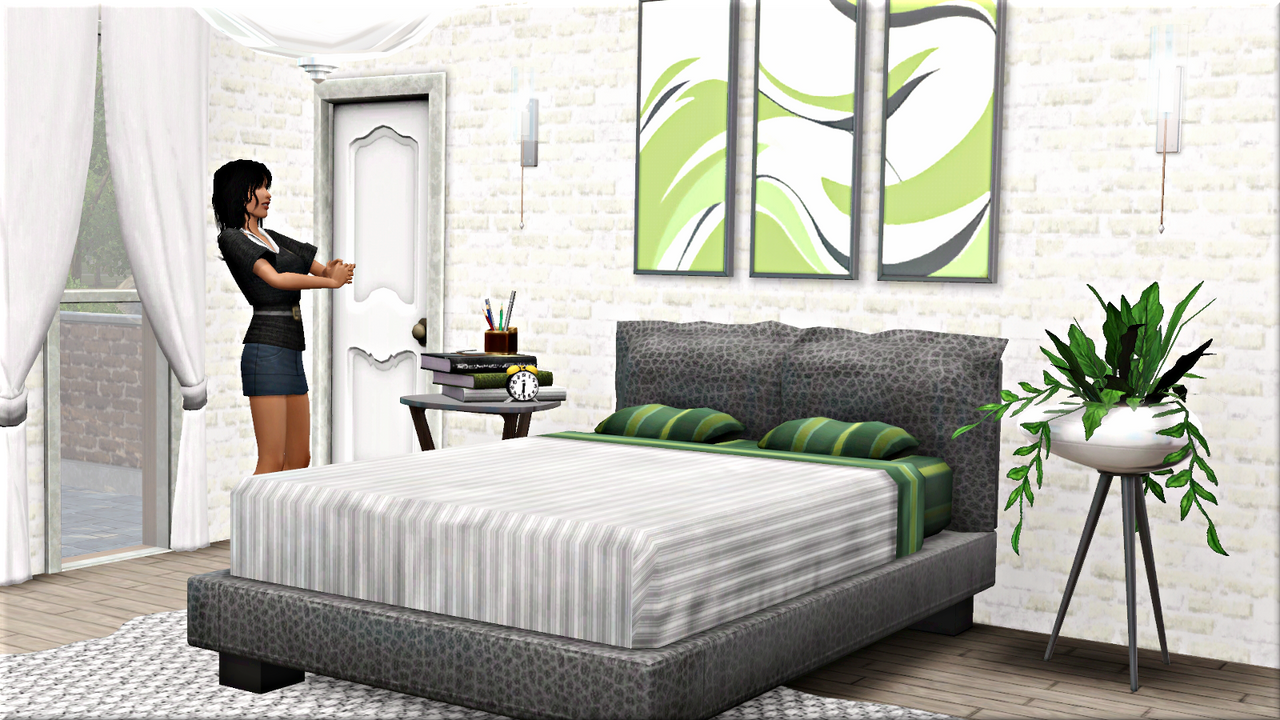 They both secretly hope to see some grandchildren soon, but they don’t want to put any pressure on. Jo keeps himself too busy with work to think about anything like that just now.

Though Dorothy has a job at the Science Centre too, her true passions lie elsewhere. Every work day she gives half her salary to one of the range of charities she supports. 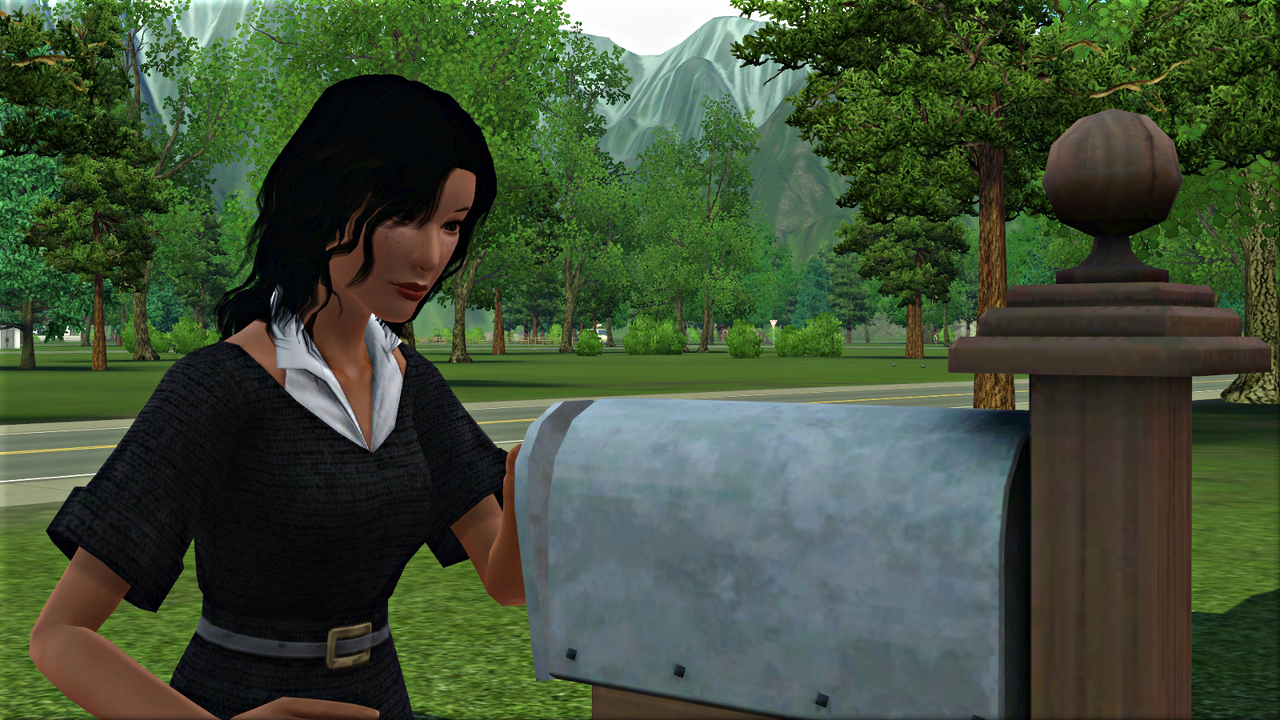 In her spare time, she continues to learn nectar making. She also enjoys helping out with the garden, and fishing with the rest of the family. 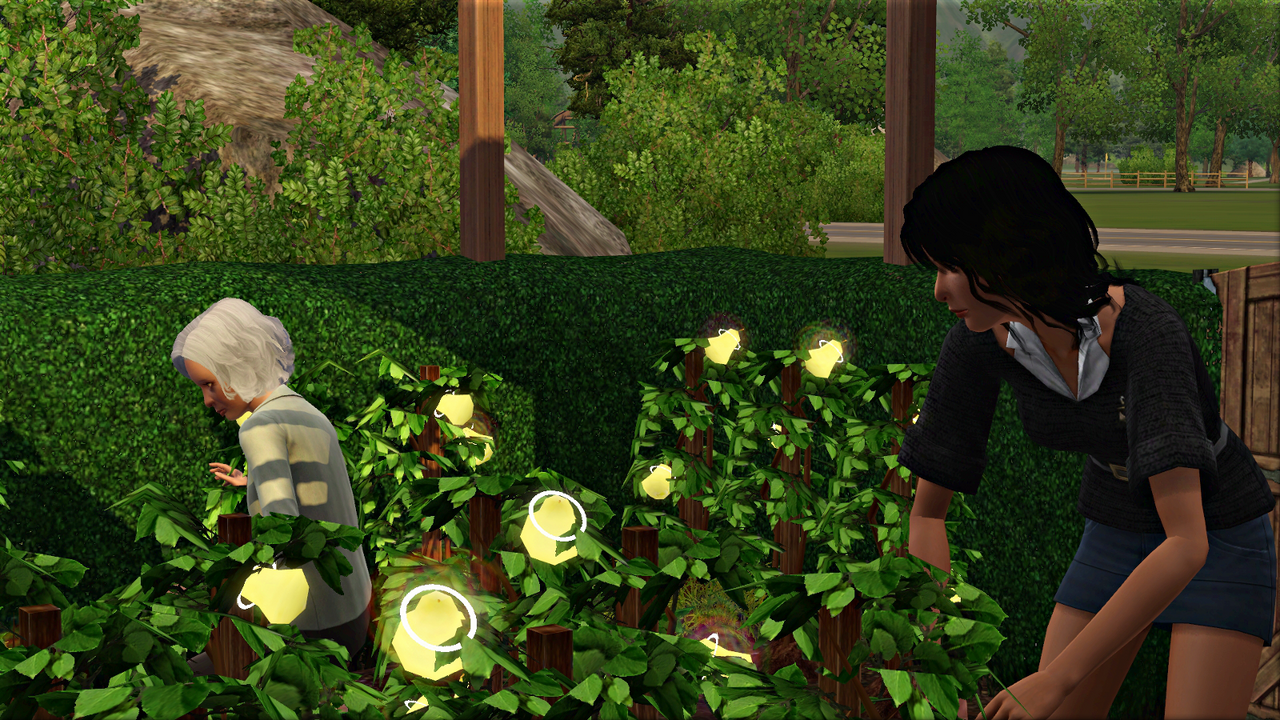 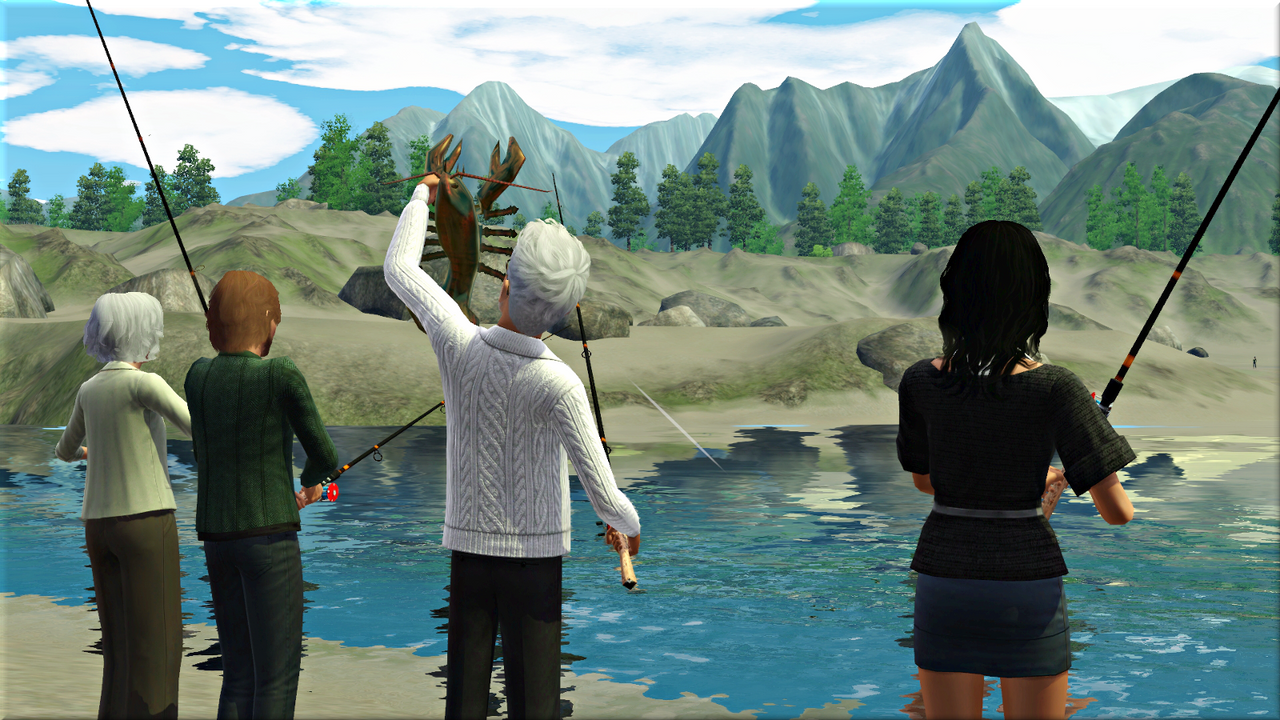 When Dorothy’s mum passes away, they all rally round to comfort her. 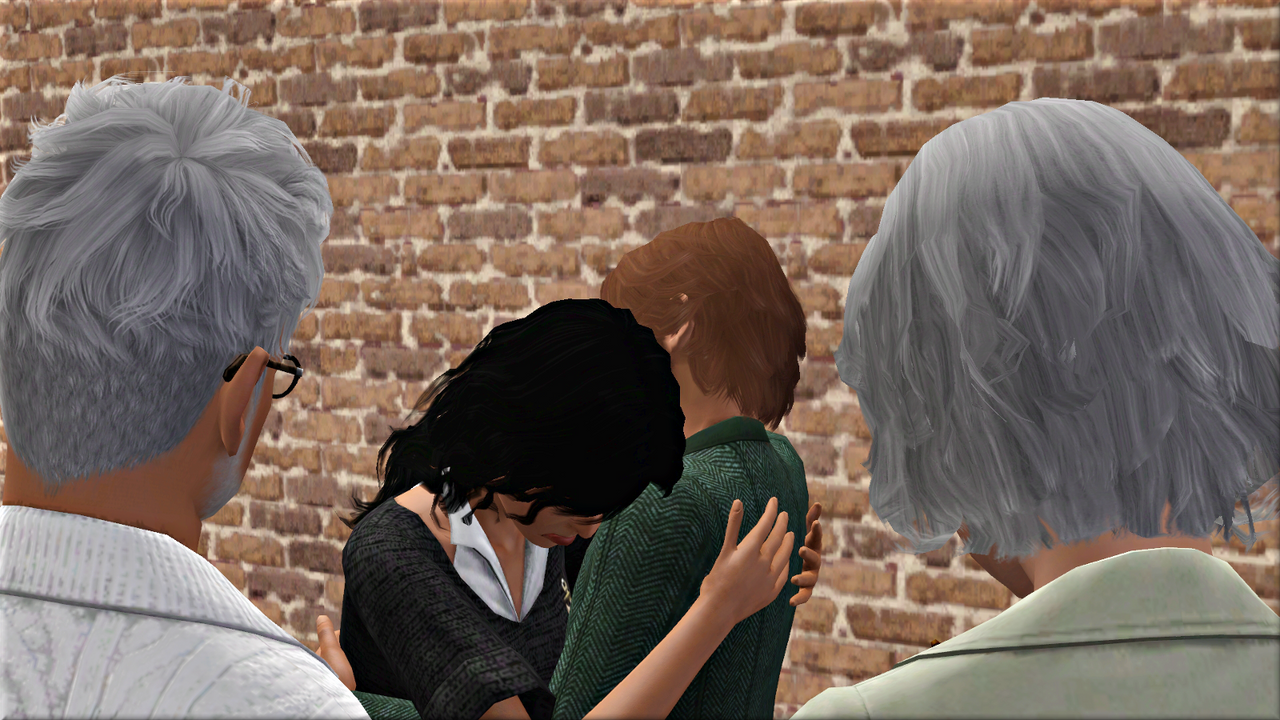 Dorothy goes to check on her Dad. 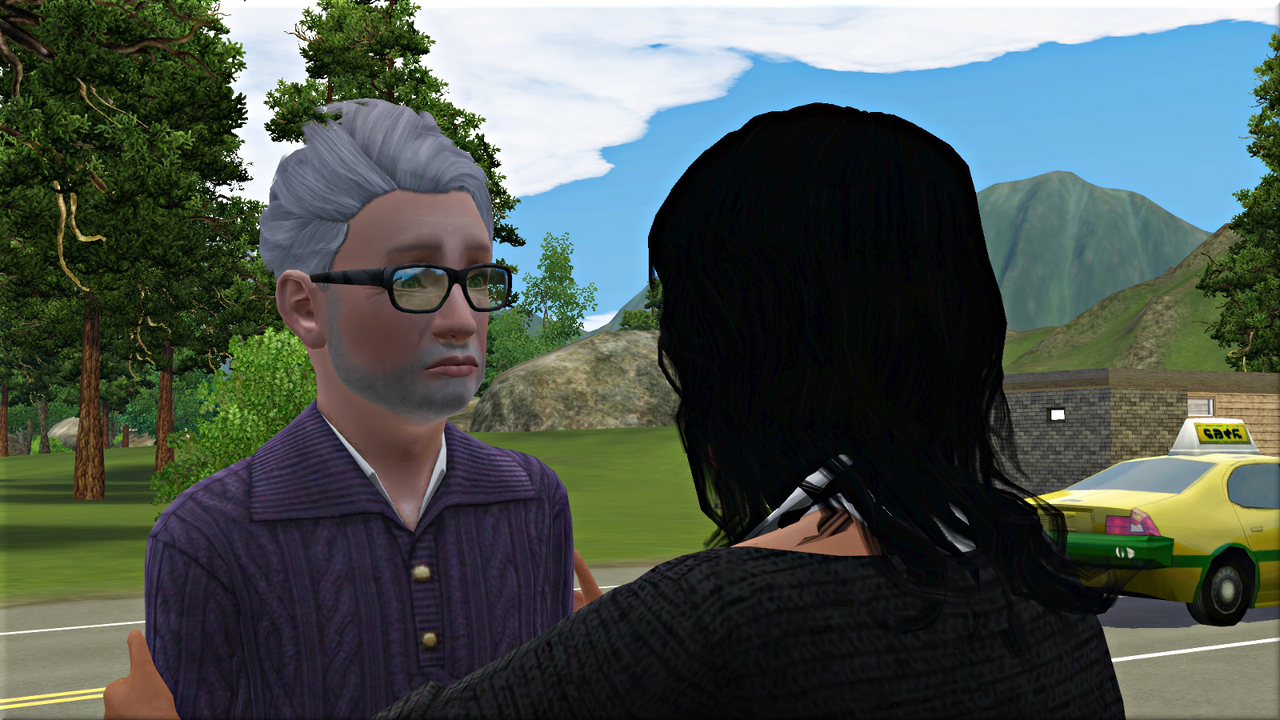 He likes fishing too, so she invites him out for a day at the waterfall to take his mind off things. 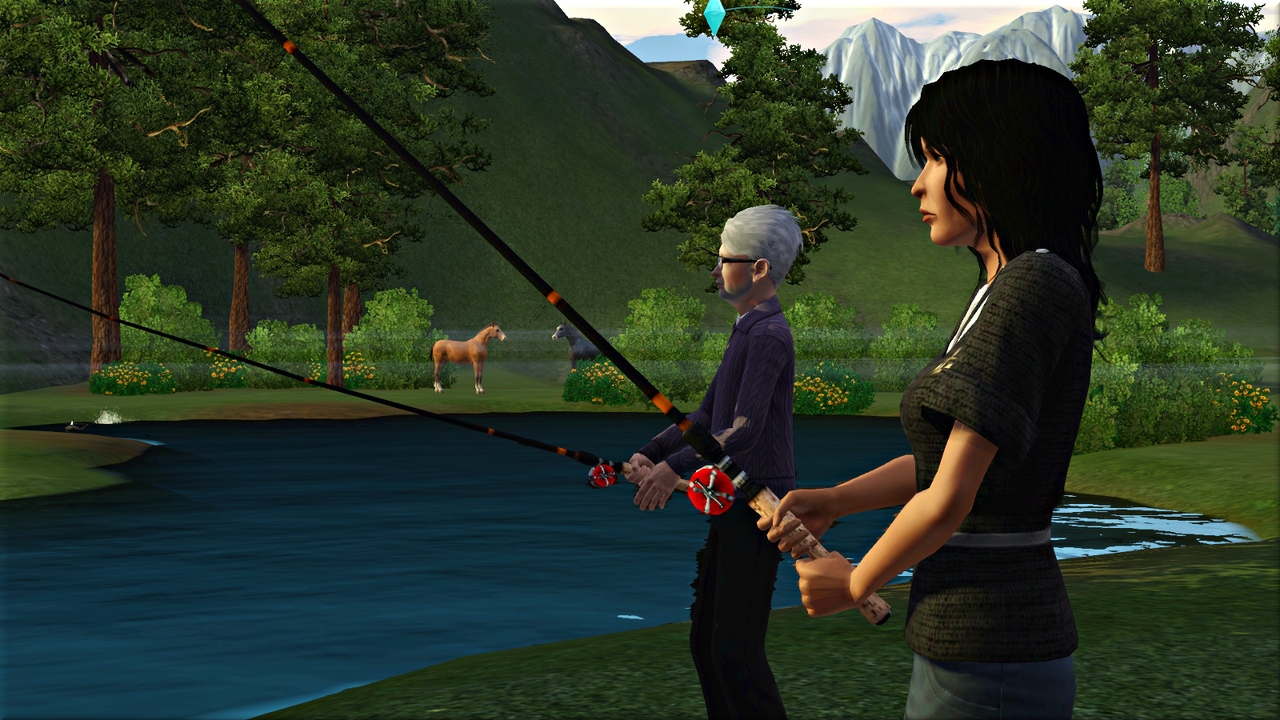 Dorothy and Jo both have birthdays. 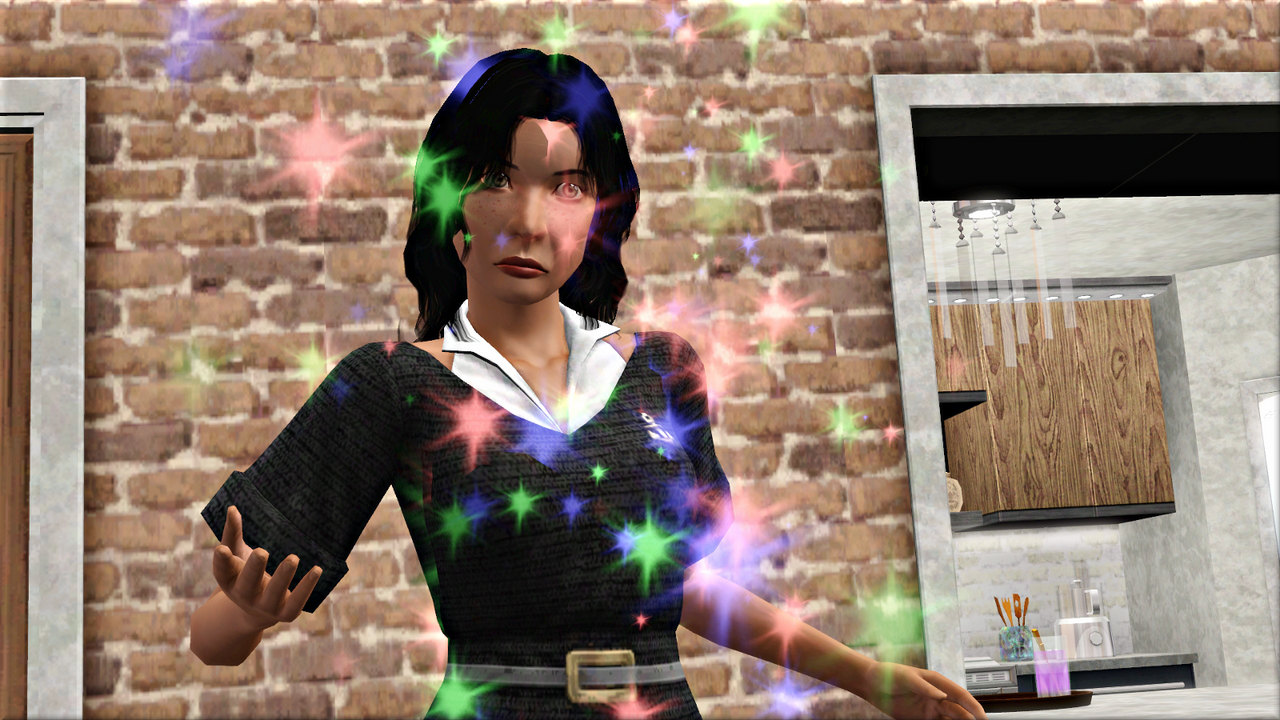 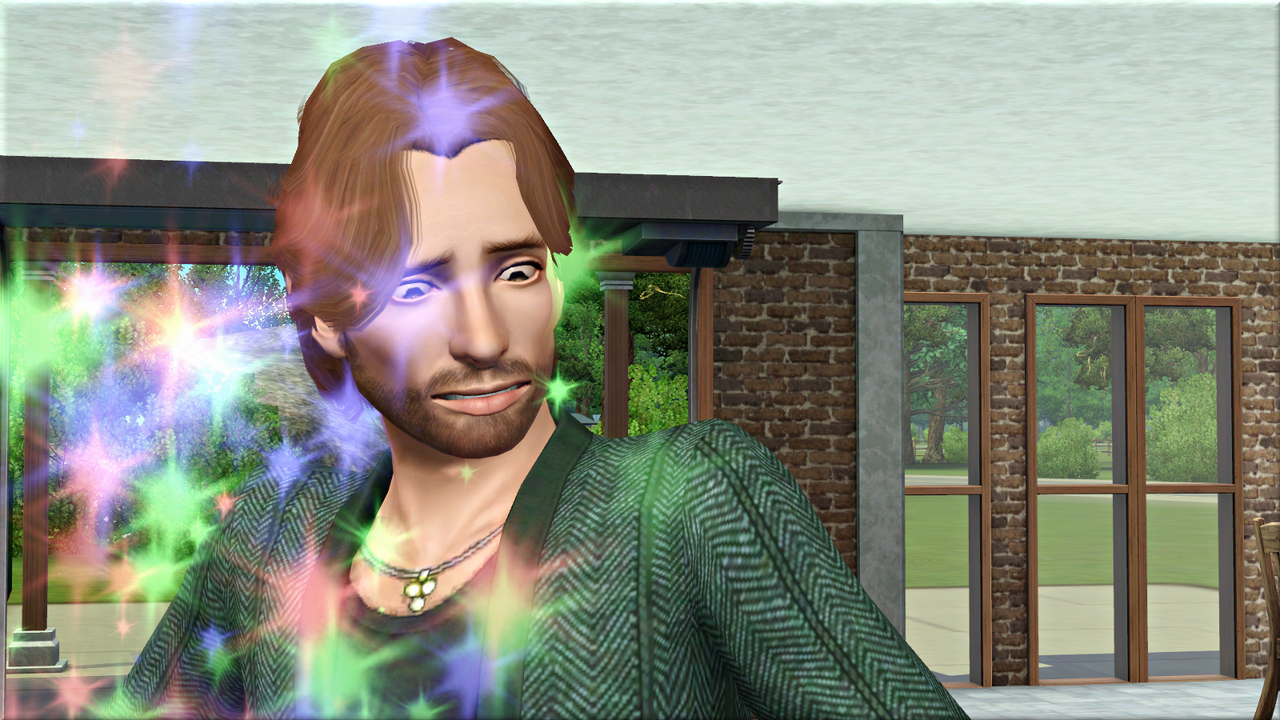 By now, Meilin’s mum Su has retired from the Science Centre, but Ben and Rachel still see her whenever they go round to visit Ronen, Meilin, and little Sam. 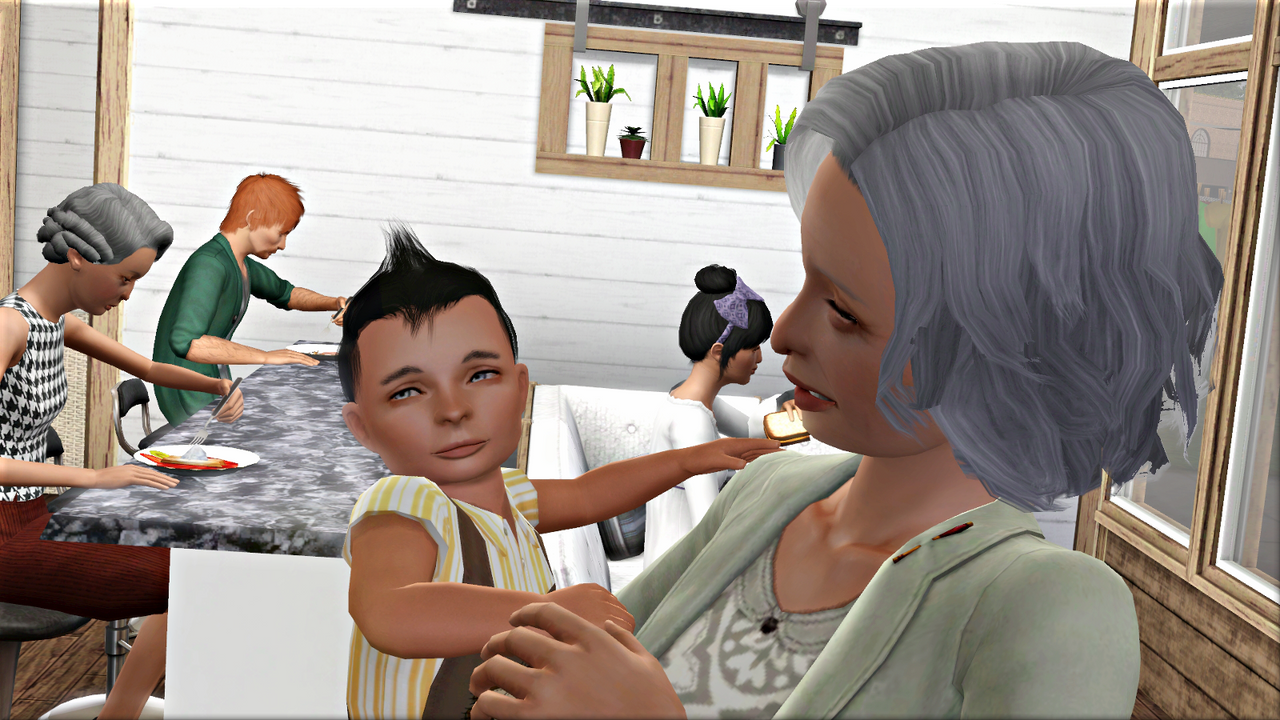 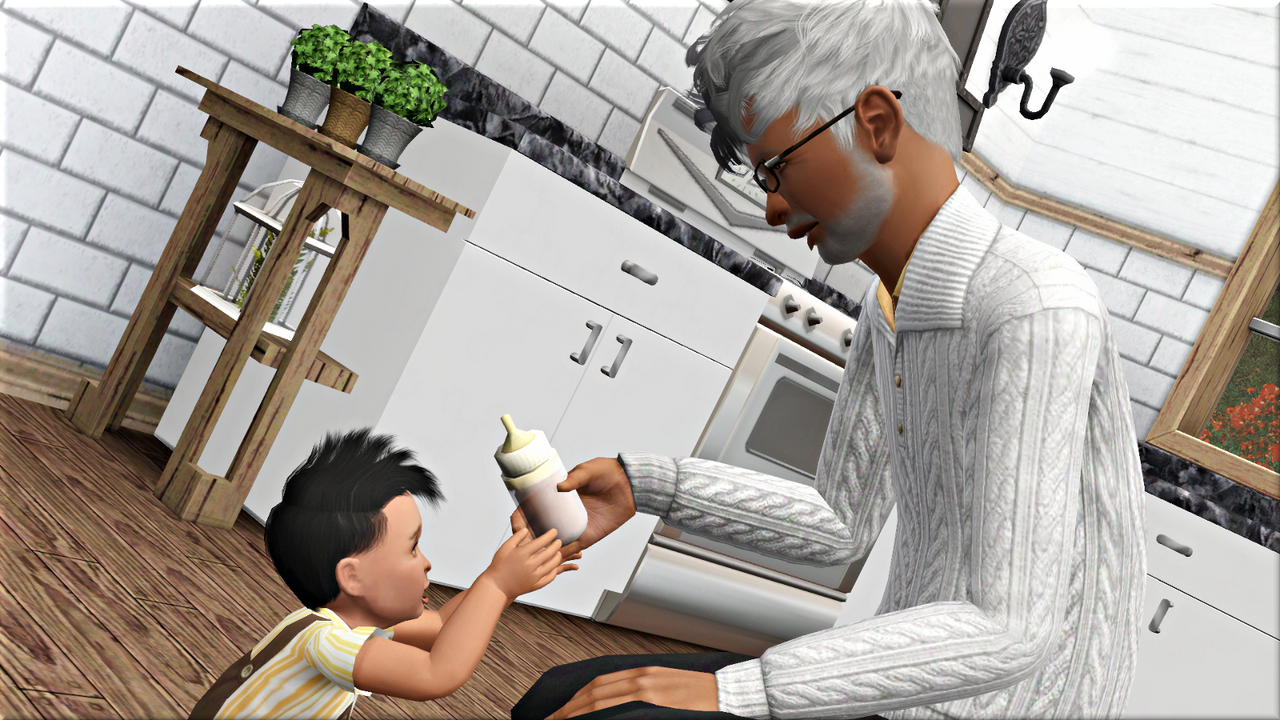 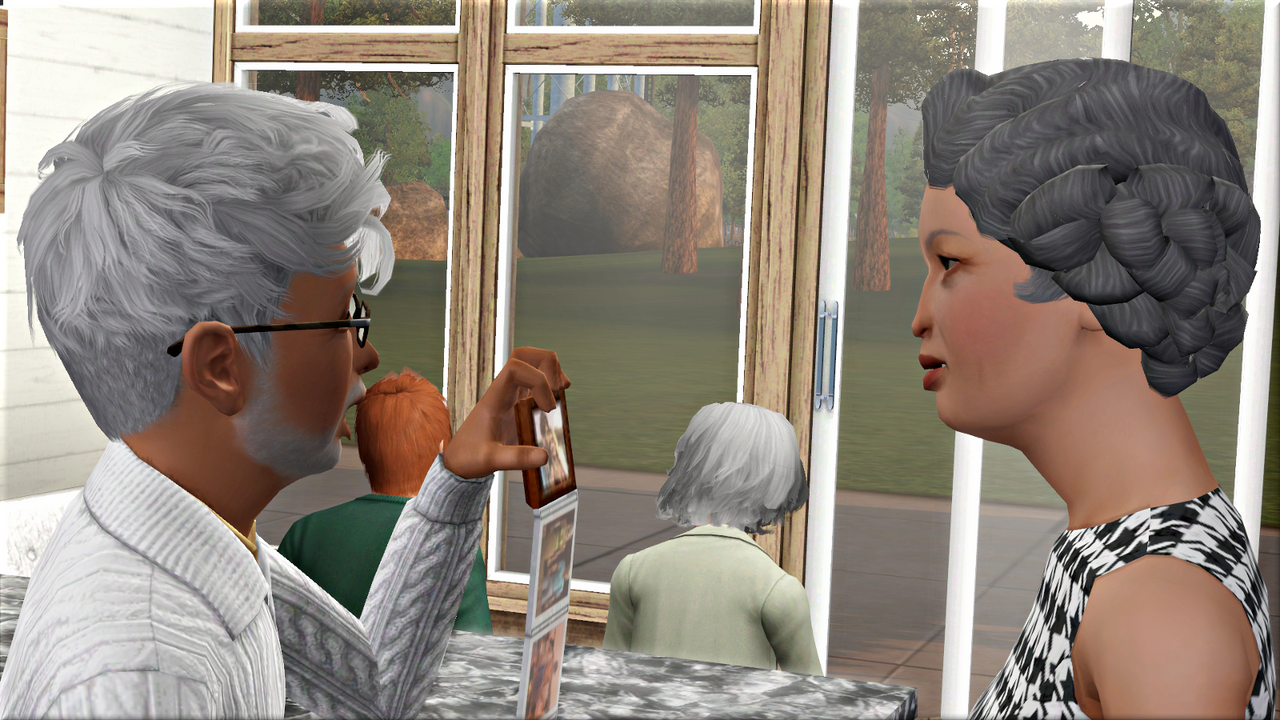 Su’s old position has been taken by Nicholas and Raj’s daughter Sonya. 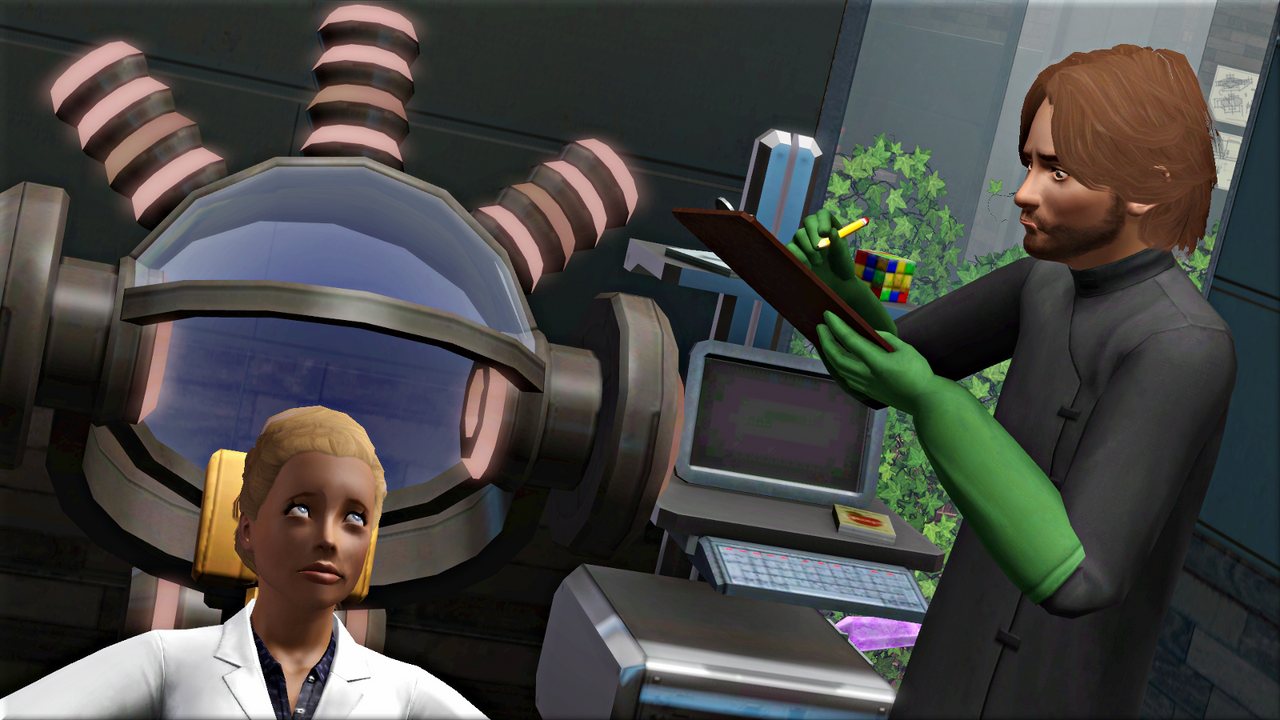 Sonya’s boyfriend Alfred works at the diner. He is so impressed by Rachel’s life fruits that he teaches her his secret method for planting eggs and cheese. 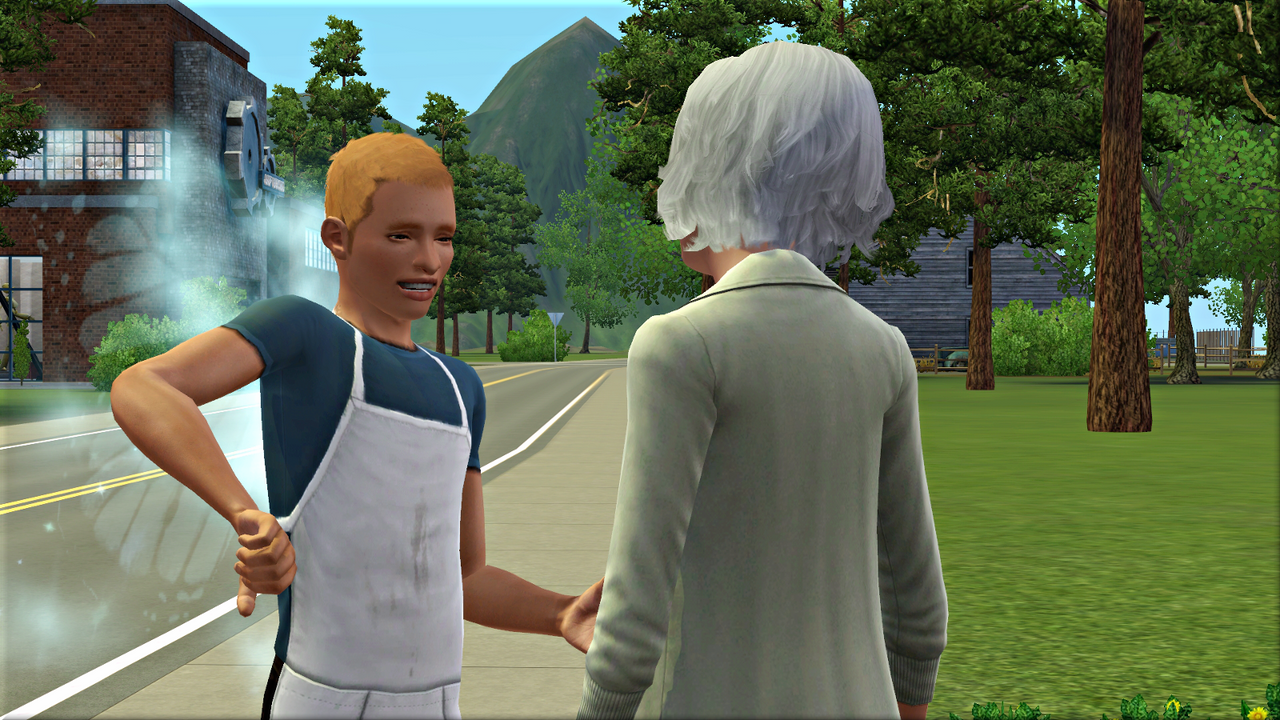 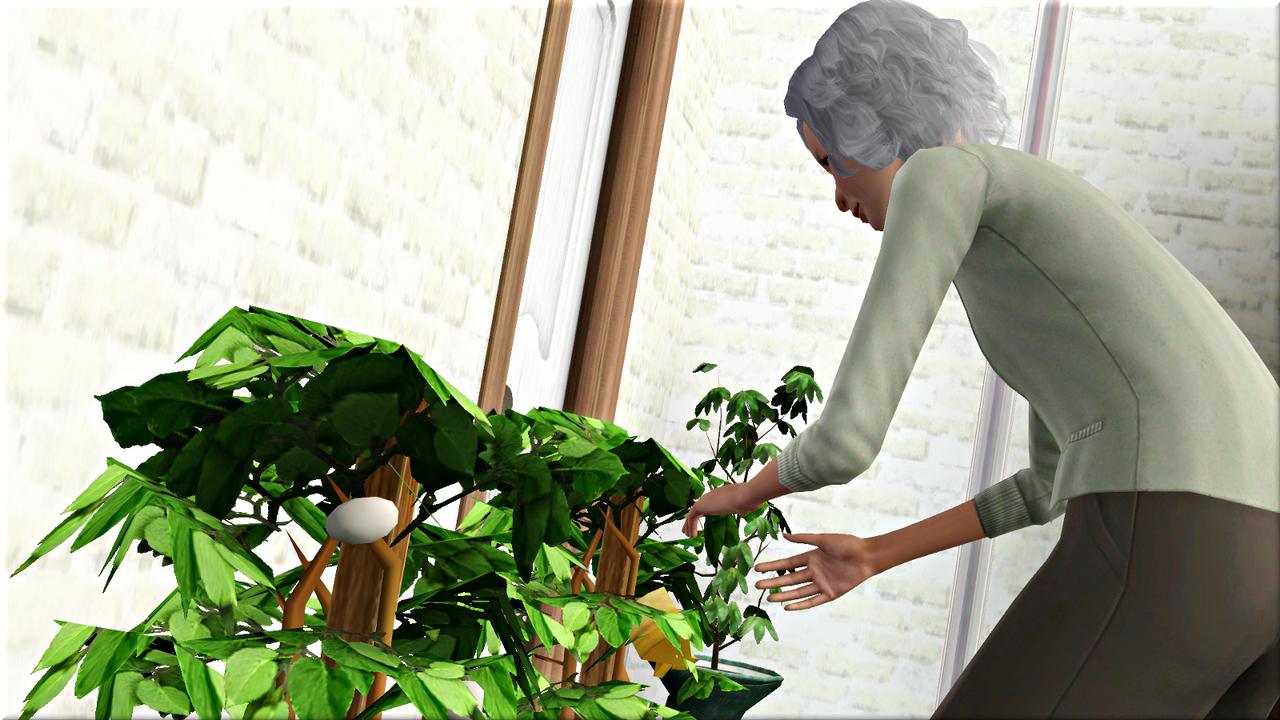 Rachel only sees a couple of harvests of her new plants before her time comes. She is in her garden when it happens. 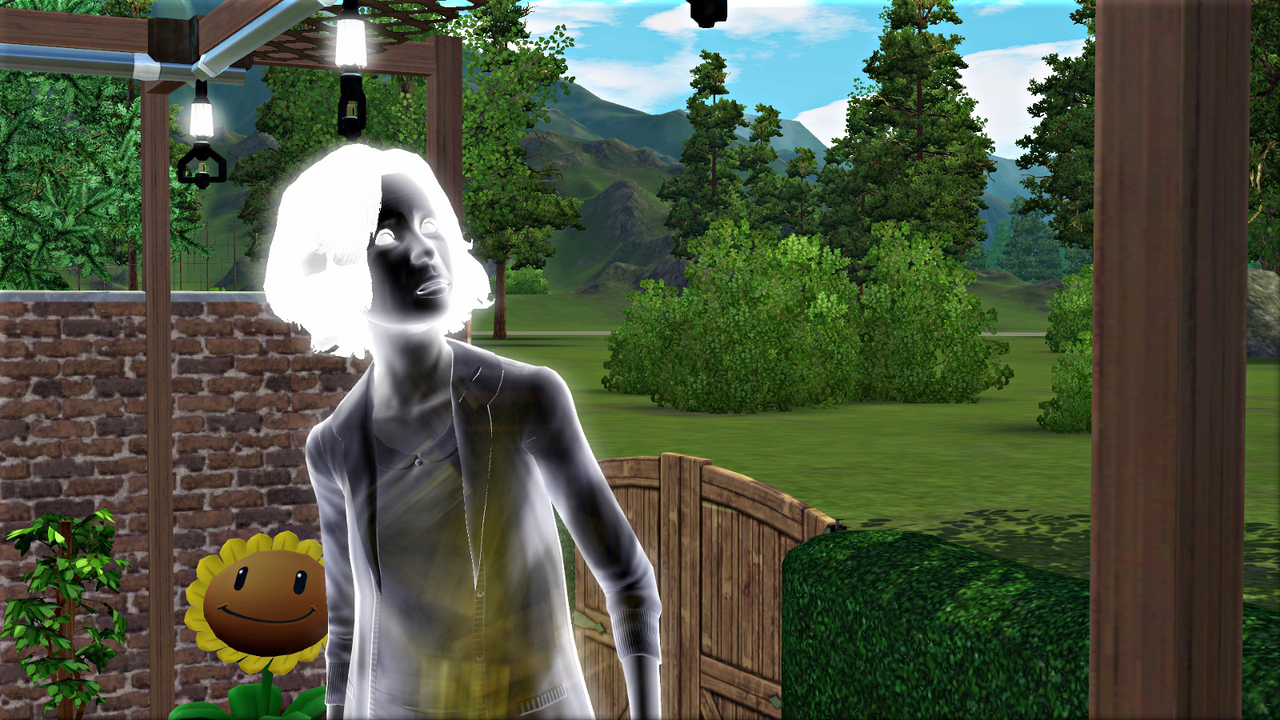 She has lived a happy life. 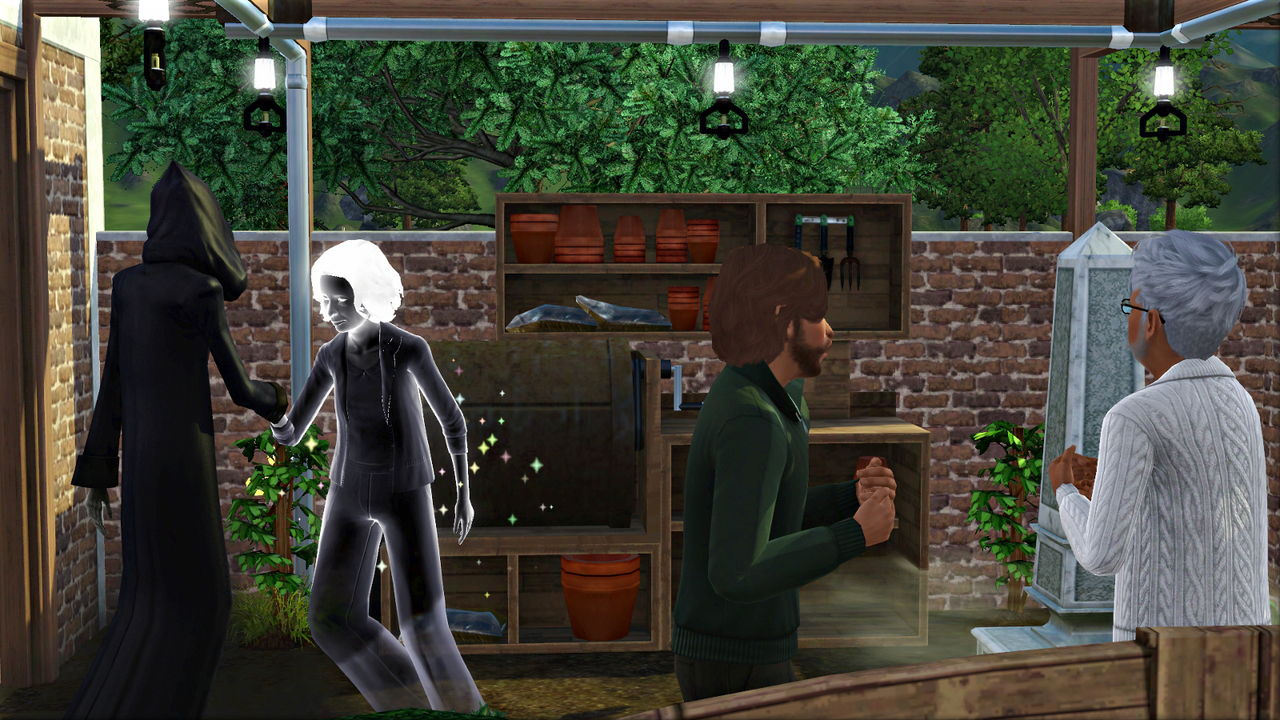 The family holds a funeral party. 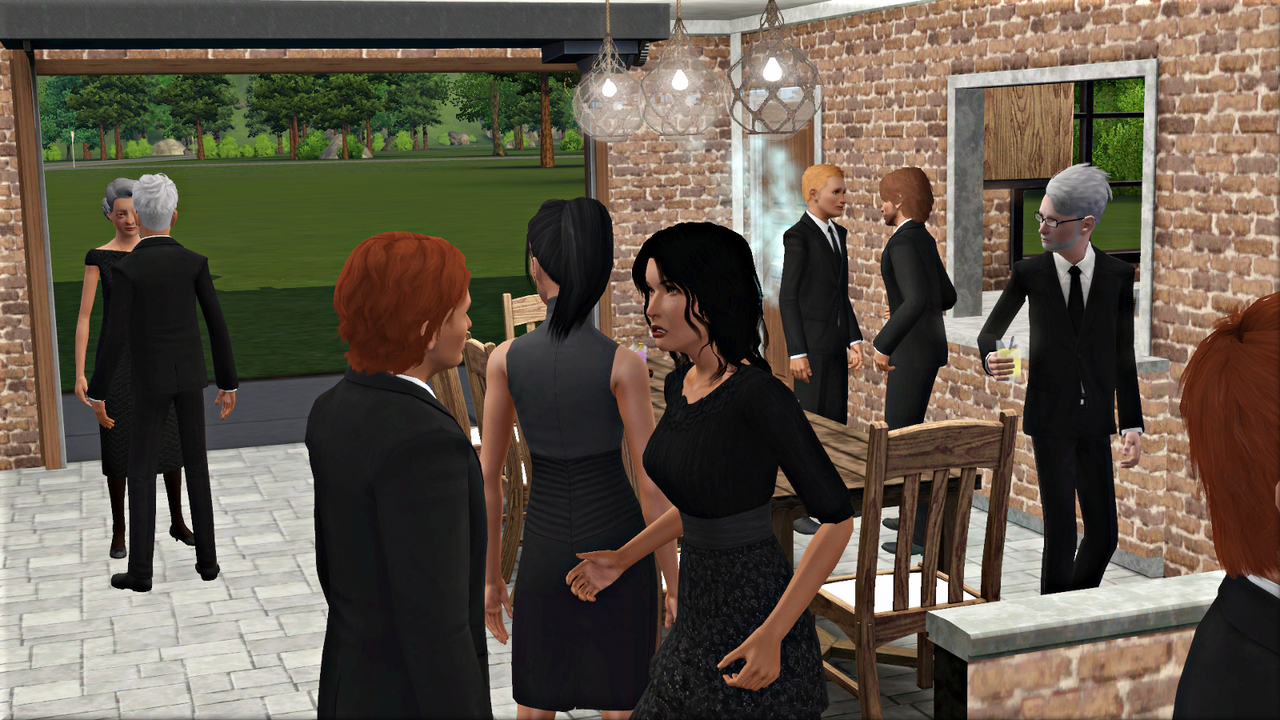 Dorothy takes over the daily care of Rachel’s plants. Jo also likes to garden, but he spends so much time at work that he often can’t fit it in. 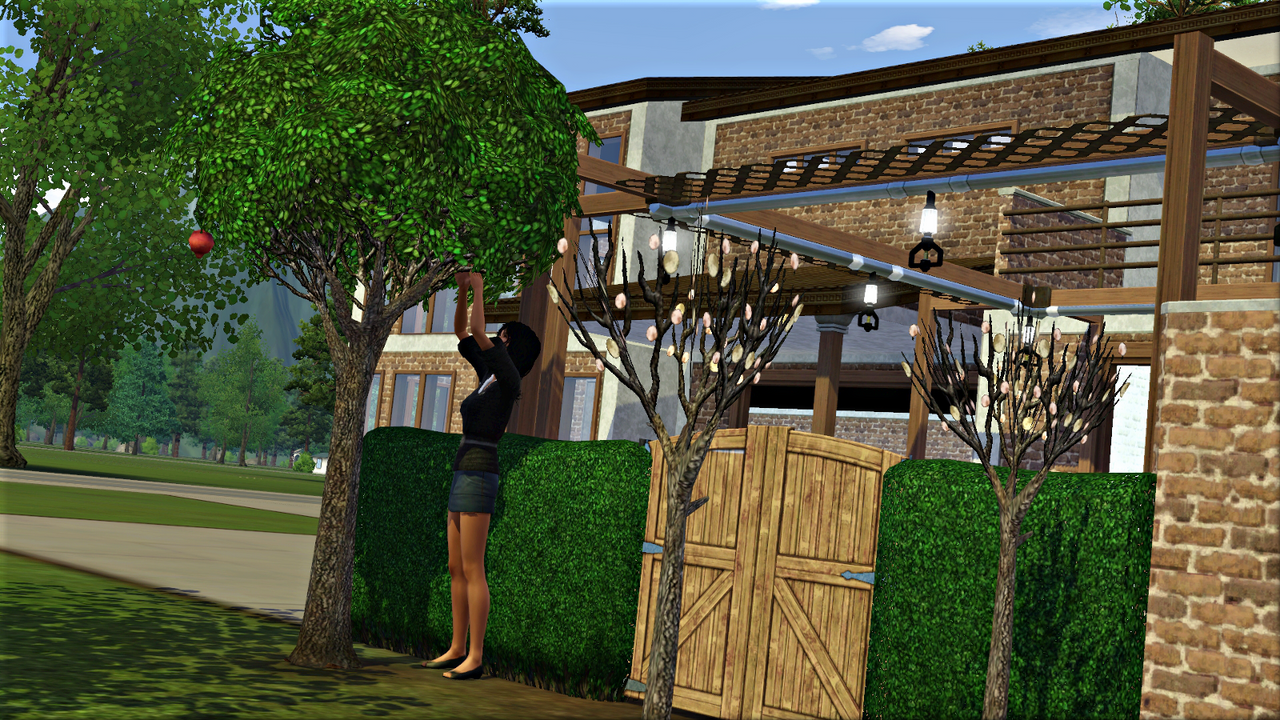 Before she passed, Rachel had planted some money trees in the back garden from seeds she found. Ben tries to sample one of the trees for cloning. 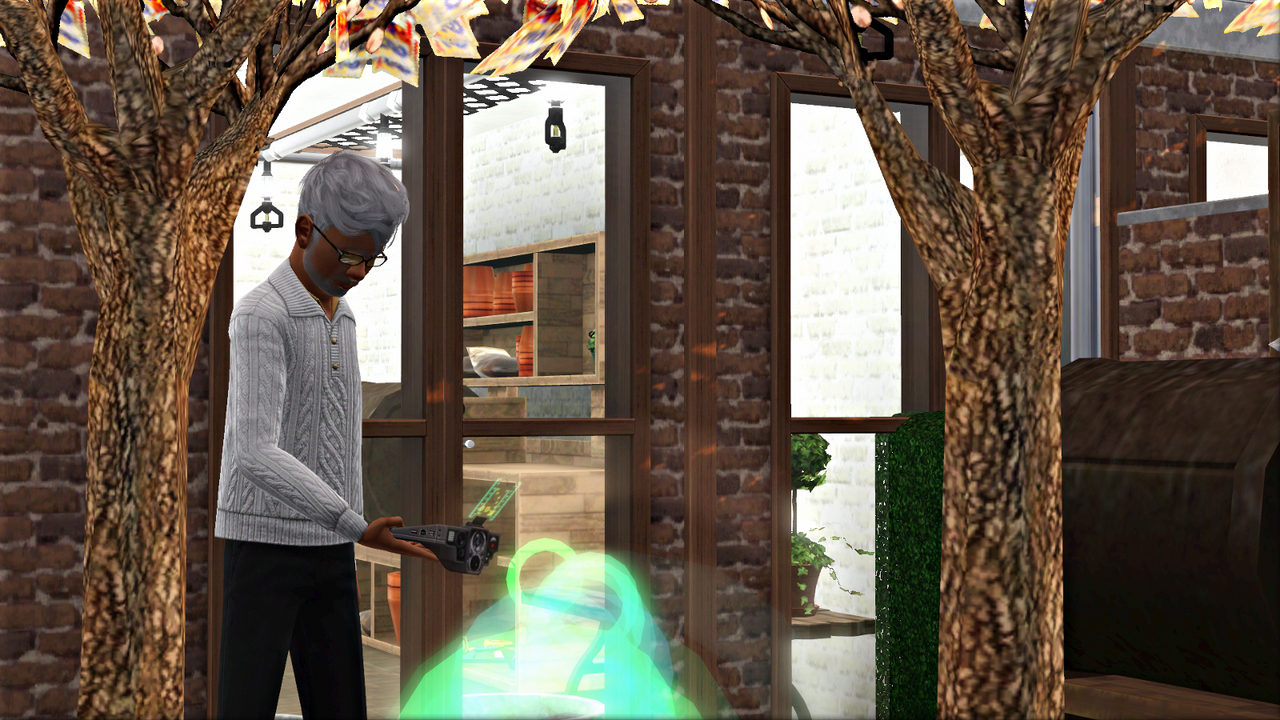 It doesn’t work. However, when of them drops a seed, he is able to get his sample from that. Now he can make as many of these as he likes. 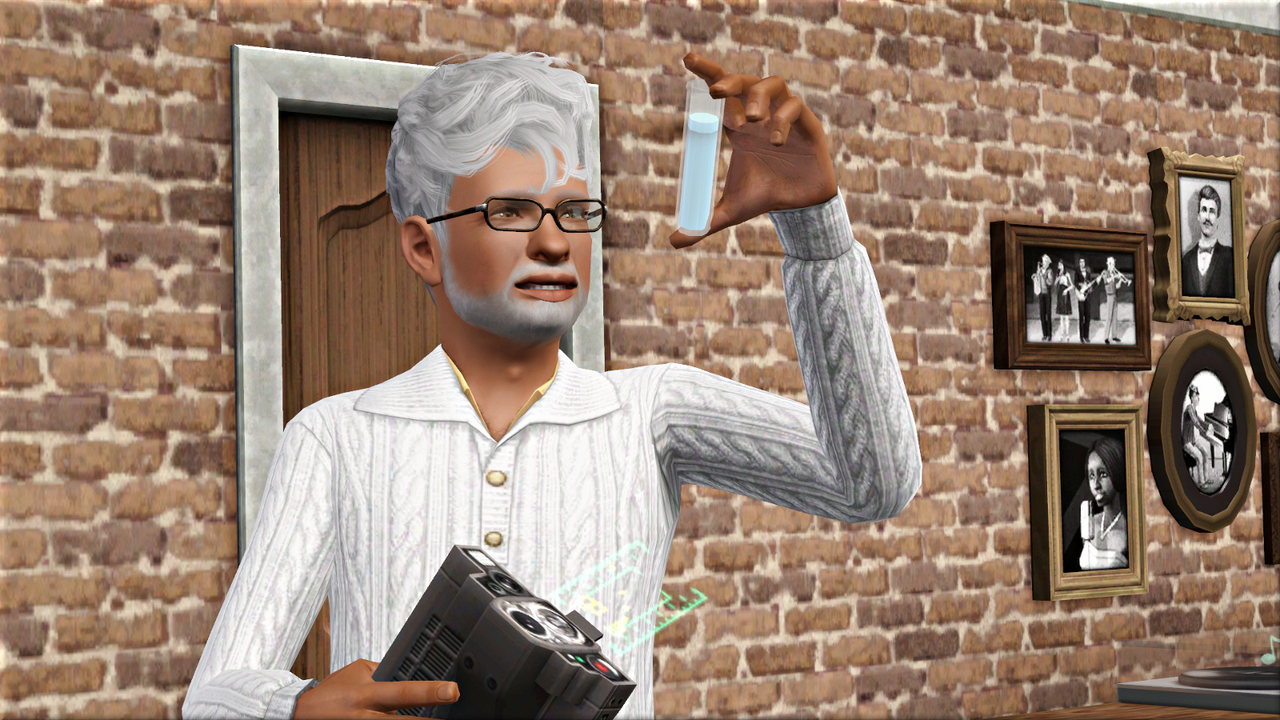 Dorothy has some plans for the garden too. The life and flame fruits will be wonderful in her nectar, but there are also some specialty grapes she’d like to add to it. The seeds are only available from a particular merchant in Champs Les Sims, and so she asks Jo whether they could make another trip there.

They agree to take their dads along with them. They don’t want to leave either of them alone, so soon after losing their wives.

Ben and Jack are old friends, and are very happy to come along together. They spend the vacation fishing, sampling Dorothy’s nectar, and getting to know the locals. 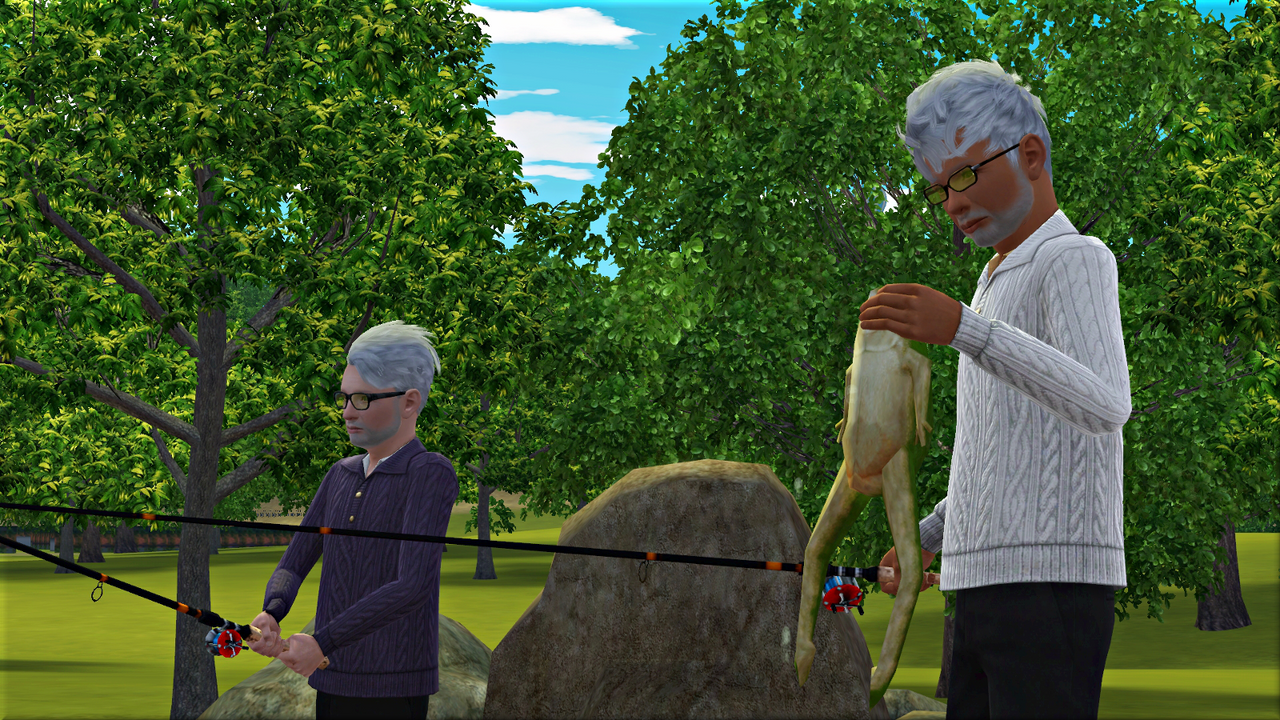 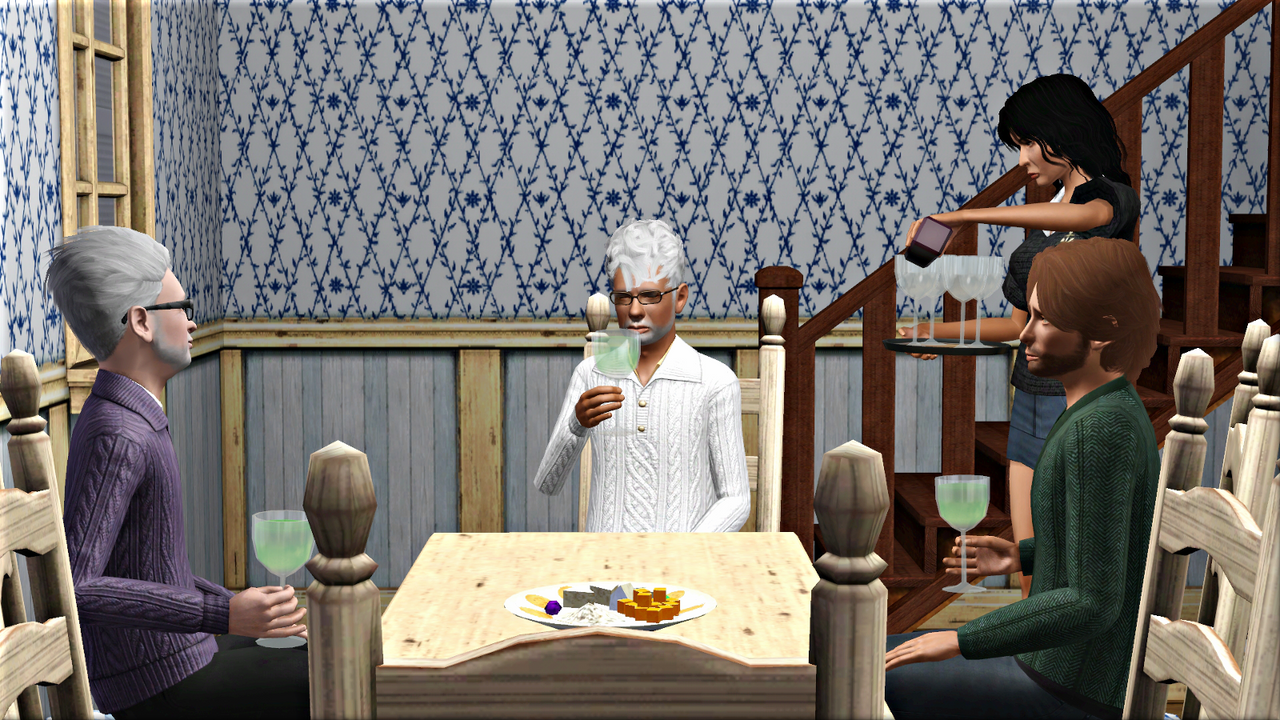 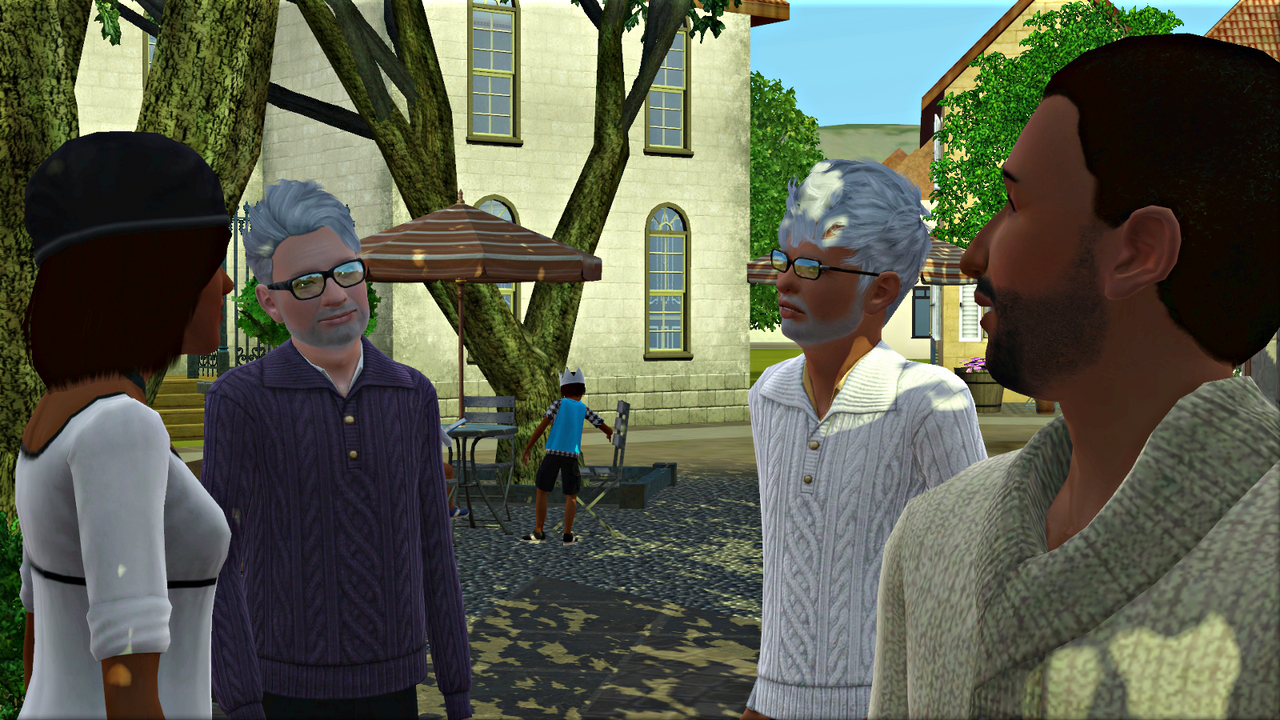 Jo delivers the promised pomegranates from the family garden. 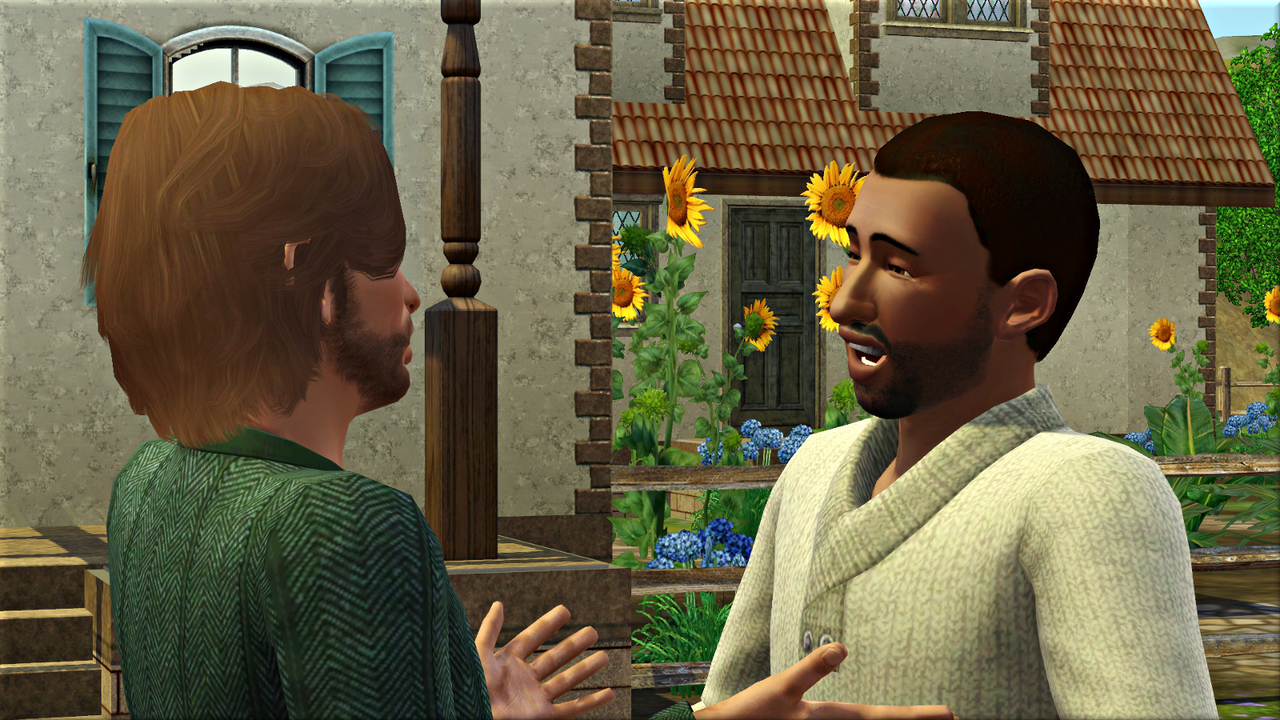 The special merchant will only sell to someone with a good reputation in Champs Les Sims. Fortunately, Jo has done enough jobs about town to qualify, and he is able to purchase the grapes that Dorothy wants. 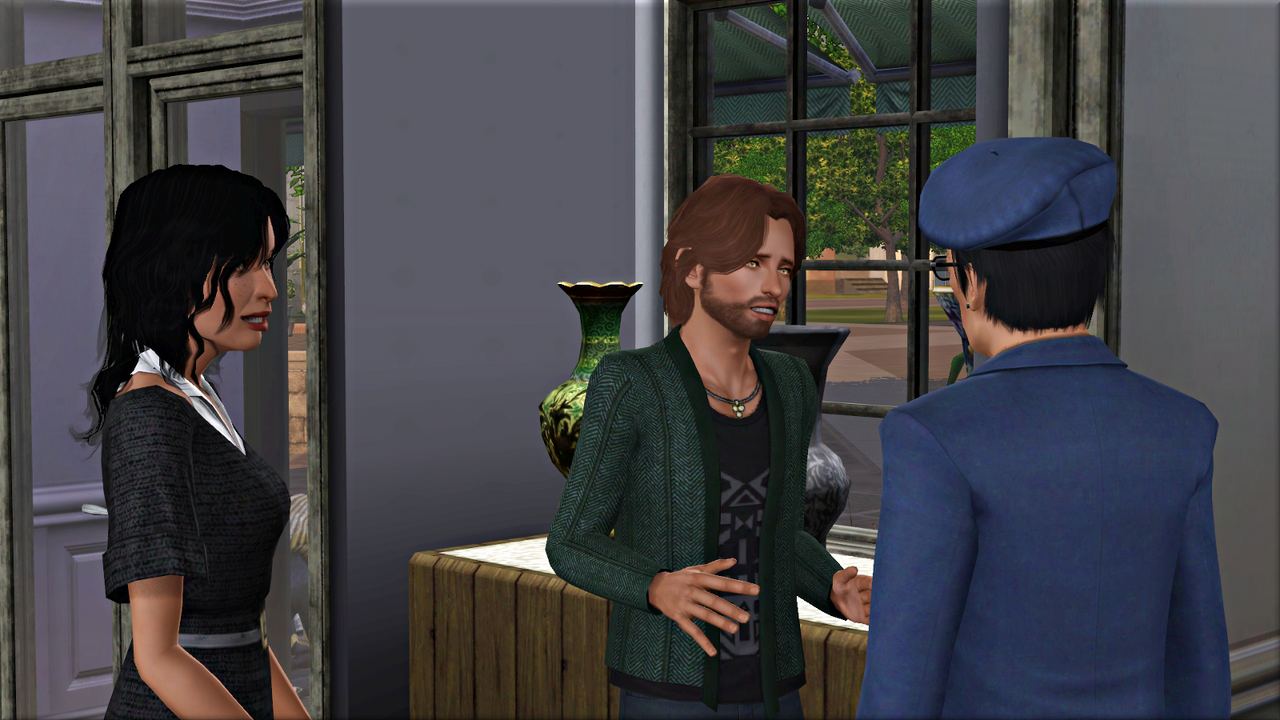