High-spirited band manager Danette loves nature walks, jamming with her sister Susannah, and hanging out at the local clubs. Danette was raised in Bridgeport by famous writer-director duo, Cid and Samantha Severus-Grey. Though she still sees her parents often, she and husband Roger are now ready to make their own way in the world, with a little good luck. 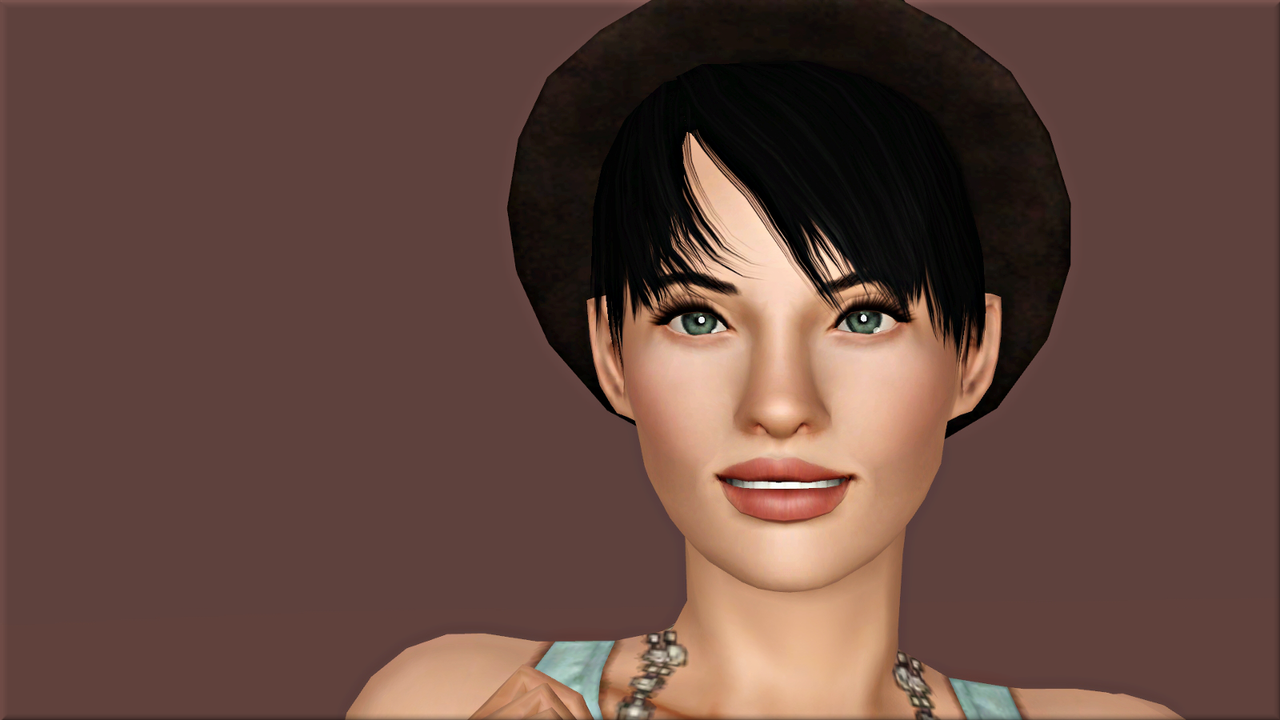 END_OF_DOCUMENT_TOKEN_TO_BE_REPLACED

Roger and Danette have just moved into their second house, a cosy 1.5bdrm at 608 Plundering Way, furnished with all their favourite knickknacks. There’s a bot building station for Roger, enough floor space for Danette to play on her guitar, and a little nursery for when their niece Ruth comes to stay. 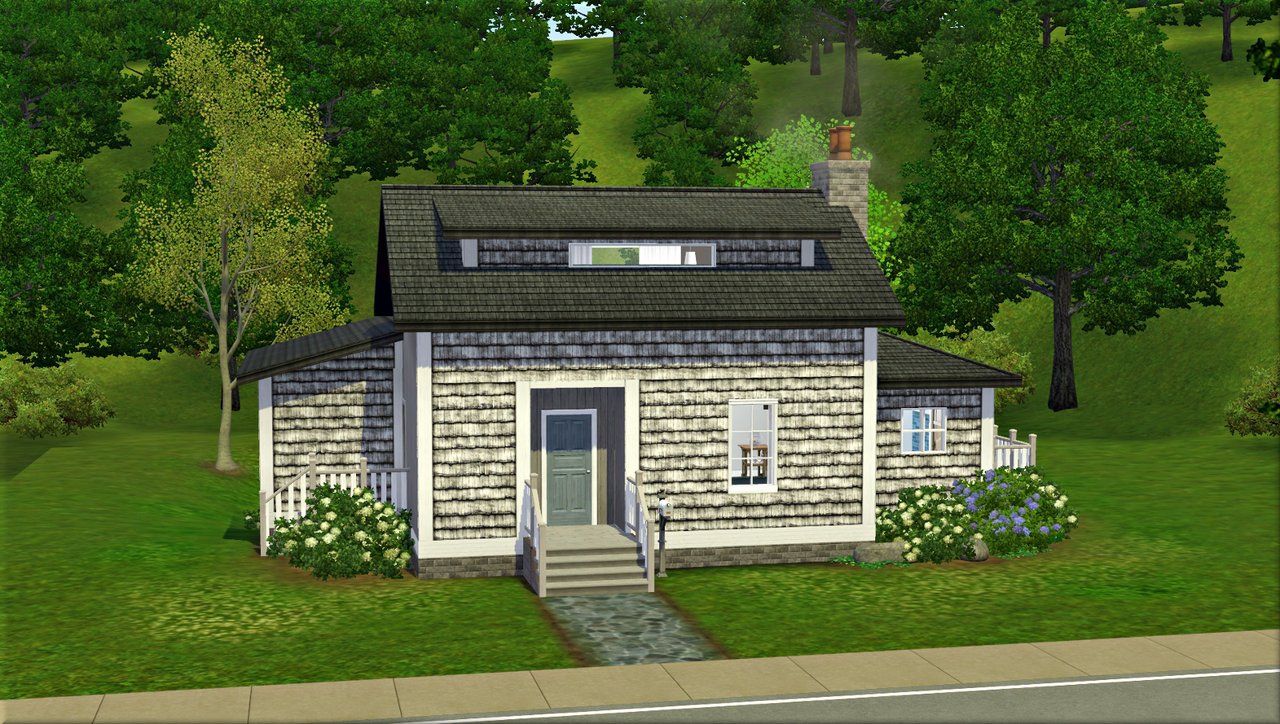 END_OF_DOCUMENT_TOKEN_TO_BE_REPLACED

A gym for the 40×40 at 1605 New Barnacle Blvd. After their workouts, sims might want to head next door to the The Saltbox Spa to relax. 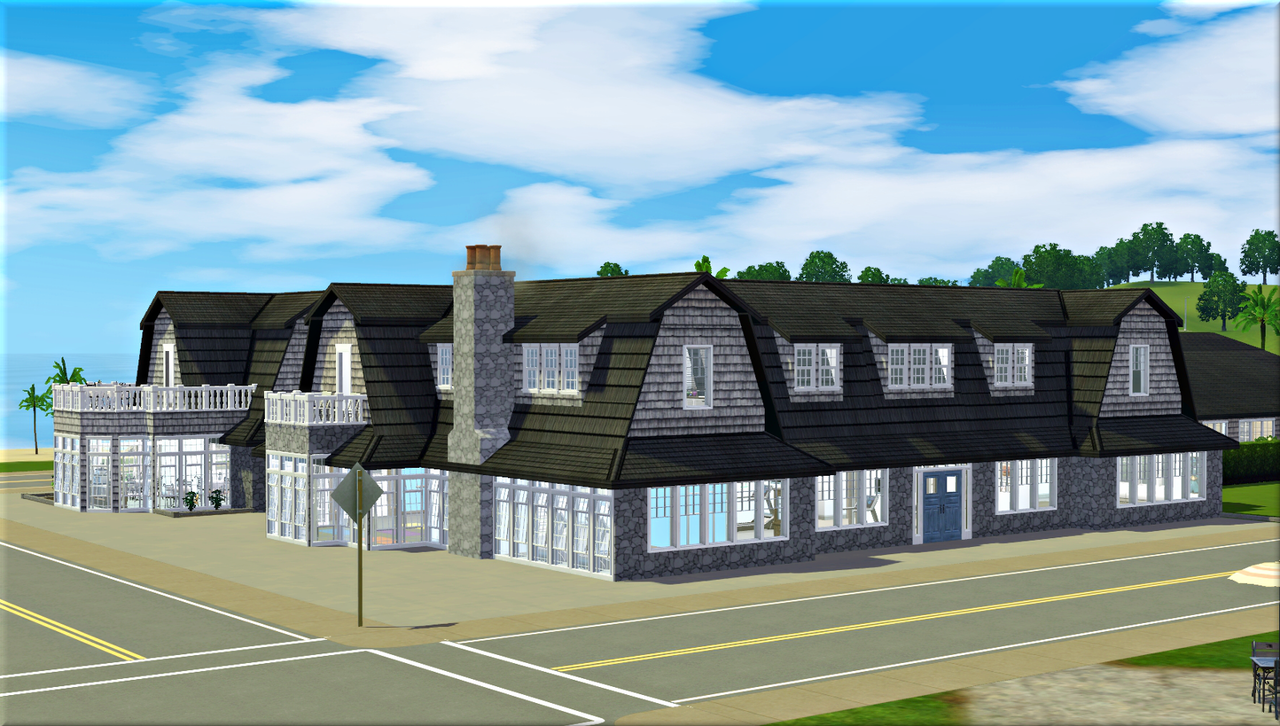 END_OF_DOCUMENT_TOKEN_TO_BE_REPLACED

Thank you all so much for your comments and support during my EP legacy. It was lots of fun, but I don’t know if I would have stuck with it if it weren’t for you! Now that it’s done, I wanted to give you a little update about my continuing and forthcoming projects.

END_OF_DOCUMENT_TOKEN_TO_BE_REPLACED

Vofura‘s co-anchor, neighbour, and good friend Finn has lived in Barnacle Bay since he was a little boy. He has always loved fishing, and can lose track of time on the hunt for a rare fish, although he does get a bit scared if he stays out alone on the beach after dark. Finn and his wife Flora have found themselves missing their eldest daughter Fern a lot since she moved out, but with three other children to take care of they certainly still have their hands full. Finn is based on Finn Annan from Barnacle Bay.

Finn and Flora share enthusiasms for nature, literature, and DIY. As head chef at Barnacle Bay’s five-star fish restaurant High Tide, Flora only has to work three days a week, which leaves her with plenty of time to look after her garden, invent new recipes, and catch up on her reading. Flora is based on Flora Annan from Barnacle Bay.

Brooding artist and musician Philip is Finn and Flora’s eldest child still at home. He is a sensitive young man, deeply affected by the world around him, and, like his father, has a tendency to get lost in his own thoughts. Fortunately, he has his guitar, piano, and sketchbook as outlets for his overbrimming emotions. Philip is based on Philip Annan from Barnacle Bay.

Philip’s sister Fawn couldn’t be more different from him. Fun-loving, extroverted, and headstrong, she makes friends and admirers wherever she goes, and excels at everything to which she turns her hand. She even mastered painting just to annoy her big brother. Fawn is based on Fawn Annan from Barnacle Bay.

Daisy, the youngest Annan has just started high school and is looking forward to signing up for the debate and study clubs. Now she’s no longer a little girl, she’s also hoping to be excused from the many family fishing trips and seed hunts she never particularly enjoyed. Daisy is based on Daisy Annan from Barnacle Bay.

After reaching the tops of their respective careers, Finn and Flora had a new home built at 1720 New Barnacle Blvd., inspired by a party venue they both admired as children.

END_OF_DOCUMENT_TOKEN_TO_BE_REPLACED

Rock Pool Books is a simple little shop I made to allow my sims to buy their books directly from the World Adventures register, rather than having them vanish into a rabbit hole. I’ve zoned it as Visitors Allowed, but, as always, just choose what works best for your game.

END_OF_DOCUMENT_TOKEN_TO_BE_REPLACED

Intrepid Sixamese news anchor Vofura arrived in Barnacle Bay quite by accident when her spaceship was blown off course and crash-landed. She was found by local journalist Thomas, who offered her his spare room while she repaired her ship. Over the course of many late night discussions about literature and history, the pair fell in love, and now, years later, are married with three children.

During her time with Thomas, Vofura has also developed a deep affection for the town itself. She enjoys earth food immensely, and likes that the temperate seaside climate allows her to go jogging outdoors almost every day. When she’s feeling mischievous, she amuses herself by streaking through the city center and shocking the locals with her alien body.

Thomas is a friendly, intelligent man who likes to keep his house tidy and his mind sharp. After a successful journalism career, he is ready to draw his pension and focus on finishing his latest novel.

The eldest of Vofura and Thomas’ children are twin brother and sister Aena and Doexeli. Aena has inherited her mother’s fair hair and alien abilities, but her father’s human skin tone. Although she is quite shy around strangers, she loves spending time with her family and her best friend Griselda. She is very good with computers, and wants to train to become a forensic scientist when she leaves school.

Green-skinned Doexeli is a budding musician. In addition to practicing his Laser Rhythm-a-con and guitar, he enjoys cooking delicious meals and relaxing in the sunshine. When he grows up, he wants to join the culinary career.

As a neurotic, excitable, genius, the twins’ little brother Laeth is a quite a handful, but just look at his cute little face!

The family lives at 1705 New Barnacle Blvd. in this sprawling saltbox. Like many of the homes in the bay, it has seen many different occupants and undergone several renovations and additions over the centuries.

END_OF_DOCUMENT_TOKEN_TO_BE_REPLACED

Any sims looking for some new artwork, a bottle of nectar to take home, or just to grab a coffee with friends, will find everything they need at 61 Driftwood Drive. The building consists of three self-contained units – a nectar shop, art shop, and coffee shop. I’ve zoned it as a Java Hut (open 5am-1am), because that’s what works for me, but you may wish to play around with different lot types.

END_OF_DOCUMENT_TOKEN_TO_BE_REPLACED

You may have noticed that a large chunk of the sims I have uploaded for Barnacle Bay so far are related to one another. Here is their family tree. Click the image for a full size version 🙂

Korey and his little brother Alasdair were raised by their dad and granddad on a farm in Riverview. But Korey never enjoyed weeding plants or taking country walks, and both he and Alasdair dreamed of more glamorous careers, full of action, adventure, and romance. In pursuit of the life for which he wished, Korey take a degree in technology at Sims University, and enrolled in the police force, eventually working his way up its secret agent branch to become an international super spy. Despite some personal differences, he’s managed to develop a solid working relationship with his partner, Agent Jodie Riggins-Shue. When they’re out on a job, he helps her keep her kleptomania in check, while she (somewhat less successfully) tries to get him to overcome his dislike of fresh air.

Korey’s wife Tina always enjoyed looking after herself by keeping fit and eating well. She spent most of her adult life as Barnacle Bay’s strongest, bravest patrol officer before her boss Jodie encouraged her to take on a fresh set of challenges by earning a technology degree and having a go at crime scene forensics. Tina is based on Tina Touch from Barnacle Bay.

Unlike his dad, Korey and Tina’s son Richard loves spending time outdoors, especially when there’s fish to catch. Plenty of his extended family would be more than happy to take him to a good spot, but Richard prefers to wonder off alone and get lost in his own thoughts. Conversely, Richard’s little brother Bryan would much rather stay indoors and play. (I have young adult CAS spoilers for both Richard and Bryan if you’re interested.)

The family lives in the center of town next door to Kina and Fern. I wanted the layout and roof line of their home to be a bit higgledy-piggledy, to suggest that the architecture had been modified and expanded multiple times over the centuries.